on the roof of the metropolitan museum in new york, a sculptural constellation emulates the laws of physics and general relativity recreating the forces that hold the universe together

DONATIEN GRAU — How do you deal with the relation between time and space?
ALICJA KWADE — I don’t deal with it — it deals with me.

DONATIEN GRAU — Do you think the cosmos can be known? And does art play a role in this knowledge?
ALICJA KWADE — No, I don’t think we can ever find out what the cosmos actually is. I am afraid we will always stay this rather poor animal methaphysicum, able to ask but not to answer. Art has the quality of not being forced to follow any rules. It allows a mixture between intuition, vision, and knowledge. So, yes, it might be helpful. And as we know from history, art pointed out options and possibilities or rather absurd ideas that later might have proven to be not as absurd as initially thought. But in the end, we all draw from the same ether. Maybe we are all too attached to the Earth to ever be able to look inside ourselves and understand completely.

DONATIEN GRAU — Your work is often seen as cosmological. Do you agree?
ALICJA KWADE — The cosmos is a source of my interest and so the basis for my artistic work. I’m not doing any science. I’m not observing the sky, I’m not doing the work of an astronomer. But I’m interested in what astronomers look at and the ways they have to describe what they observe. What is our idea of this? I am trying to observe the observer.

DONATIEN GRAU — How do you create the architecture of the spheres and structures?
ALICJA KWADE — It’s a mix of the results of my research on forces, torques, and gravitation with my attempt to visualize human understanding, human naivete, in an almost melancholic way. The structure follows a much softer, non-Newton- like logic. It seems somehow frozen in time, like an option for a possible constellation that could not work in our universe. The square shapes represent the humansystem: ourconstructions, buildings, systems, and definitions used to sort our reality. It’s a very site-specific work as well — it works from every angle as a snapshot framing this almost ironically iconic skyline. The spheres are like a distillate of our earth, the globe on which we are rotating every second. Each stone sphere originates from another part of this round, spinning stone that we call “Earth.” They represent possibilities of different beings to me and are also compressed time.

DONATIEN GRAU — Do you see them as an alternative cosmology?
ALICJA KWADE — It is not a scientific alternative cosmology. It is my own artistic cosmology, following my thoughts. But yes, it examines and plays with our definitions and feelings of rotation and gravity while referring to cosmological systems — but in a very absurd way.

DONATIEN GRAU — “Cosmos” is the Greek word for “order.” How does this notion of order play out in your work, if it does at all?
ALICJA KWADE — The cosmos and order are very important in my work. I try to unfold it to see how we are trying to sort things out and how we agree on an order to make our lives possible. I try to grasp what keeps the world together: why everything rotates, why everything seems to follow a causal chain and has a certain order and then eventually falls into chaos again. I’m very interested in opposites and the balance between order and disorder, causality and coincidence.

DONATIEN GRAU — “Cosmos” also means “arrangement”— another word that, I think, resonates with your work. What do you think?
ALICJA KWADE — I always try to follow a system. I need order in my way of thinking and in my work. I love the order in mathematics and physics, so I often try to use fragments of it to find a way to express my vision in a clear way. I try to find very clear artistic arrangements. But there is also this very magical moment, which I think no artist can really describe. It’s like falling into a trance, escaping — everything descends around you.

DONATIEN GRAU — What role does measurement play in these sculptures?
ALICJA KWADE — Measurement as a concept does not matter that much in these sculptures. But I use a lot of measurements, of course, to grasp the attitudes of this culture physically and push some materials to their very limits: what’s the maximum that you can reach in terms of weight and height? And, of course, measure is composition: a good composition is not just math, but also a feeling. Furthermore, referencing human scale so the proportions of the sculptures visually frame the horizon according to our views and the skyline that we perceive.

DONATIEN GRAU — What is the relation between the work you make and what surrounds it?
ALICJA KWADE — I always relate very much to the specific spaces before I create a work. When I have the opportunity to exhibit, I always look first at the space in which my work of art is to be shown. There are very different ways, depending on where an exhibition takes place. It is important for me to understand how the audience moves around a space and how attention is directed. But in the best case, a work of art, for me, is an absolutely autonomous piece, which stands for itself self-sufficiently, without any explanation.

DONATIEN GRAU — What is your conception of astronomy?
ALICJA KWADE — The scientific exploration of motion and radiation, the movement and incorporation of matter and light in the universe. But this is not under my observation. I neither have the knowledge nor the means to watch it closely — therefore, naturally, I leave this to science. For me, it is really more about the super- surreal aspects of these observations. I’m interested in the moment when knowledge ends and things are no longer explainable. I love these moments when it seems that things behave at complete odds with our logical human minds and thus show us how little we can experience! It’s exciting. There is this other level, which has nothing to do with human scale, that inspires me. I’m interested in the way in which such things are documented in history. How it is conveyed in the moment. When it becomes a universal “truth.” What knowledge prevails in society. How or what does it move and change in our daily lives, and what kind of resistance does it meet? The observer is my source of observation. He or she is never neutral.

DONATIEN GRAU — What is the role of the system in your work?
ALICJA KWADE — It’s the source of my research. I am interested in all the systems that we have formed or that already exist and that we have written down — like the system of time, the metric system of weight and length, the system of value in economy and society. 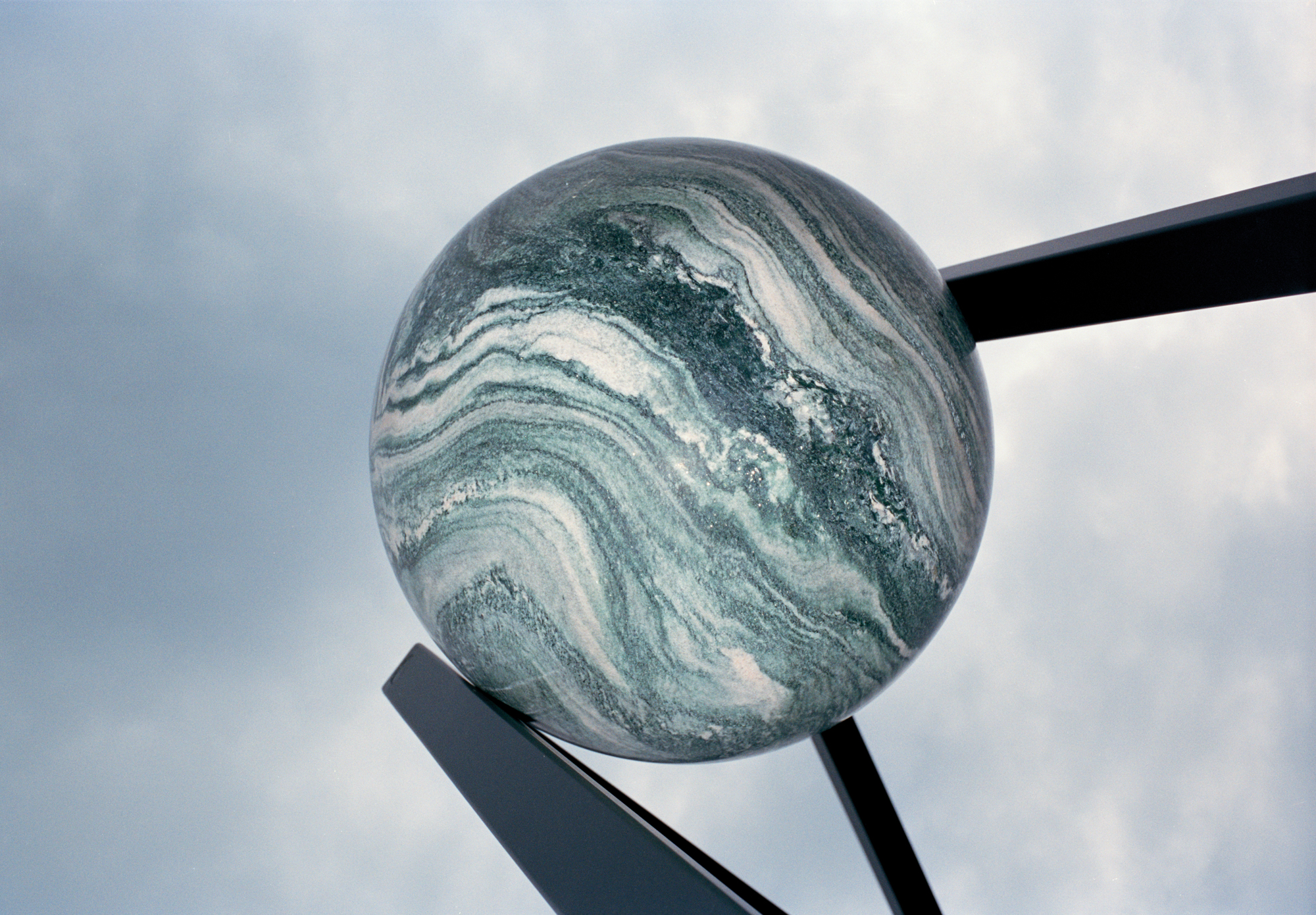 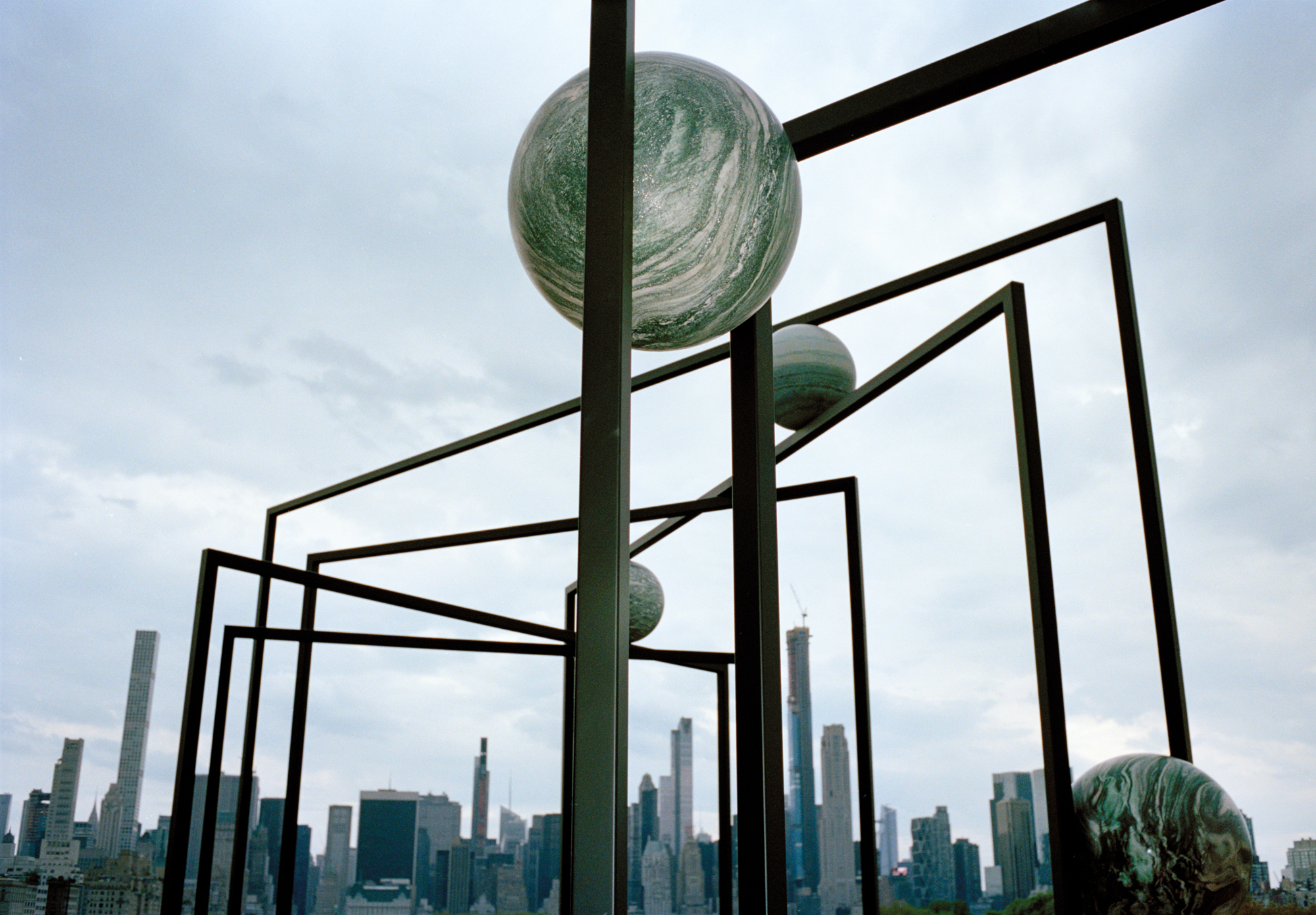 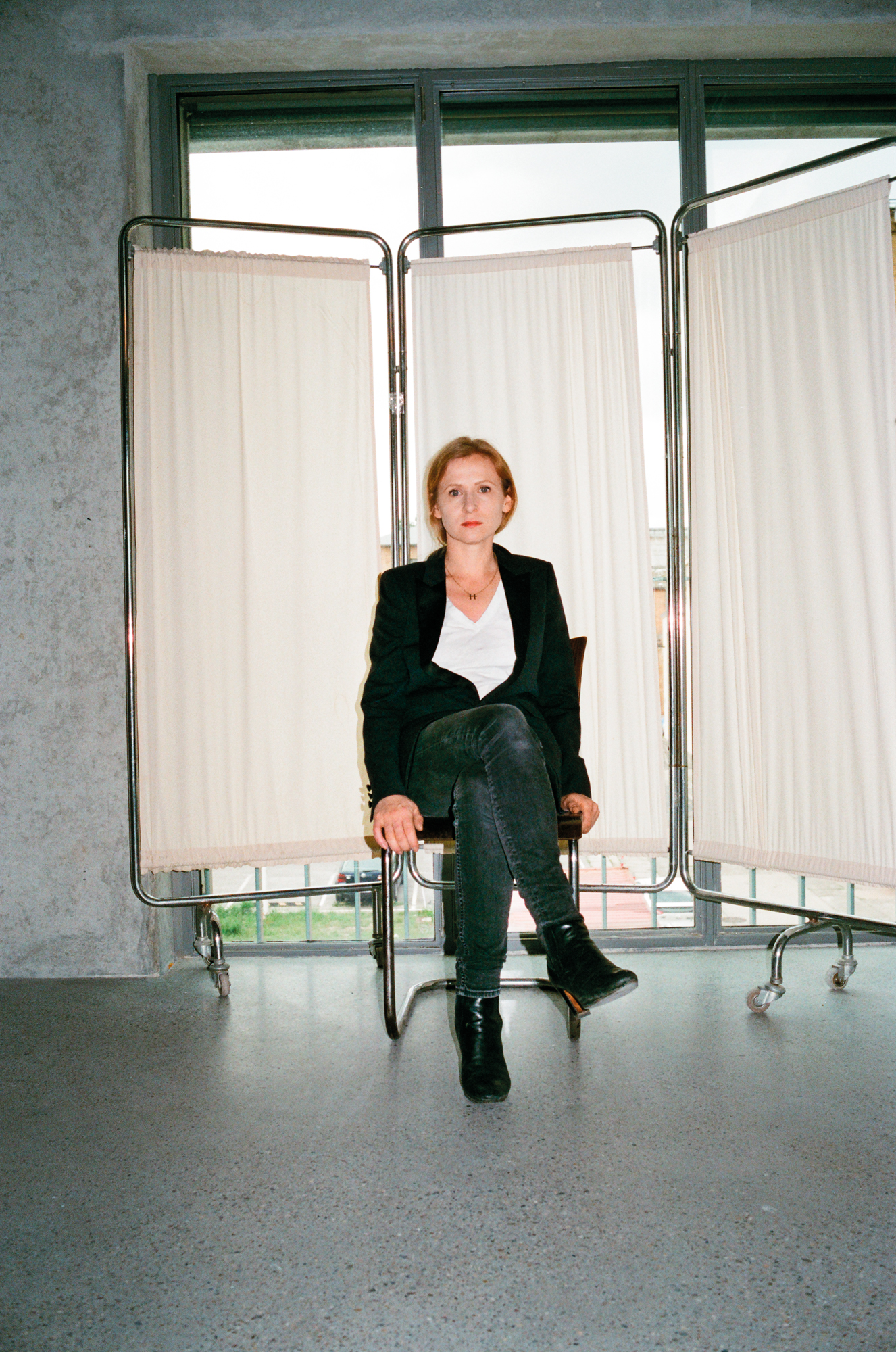 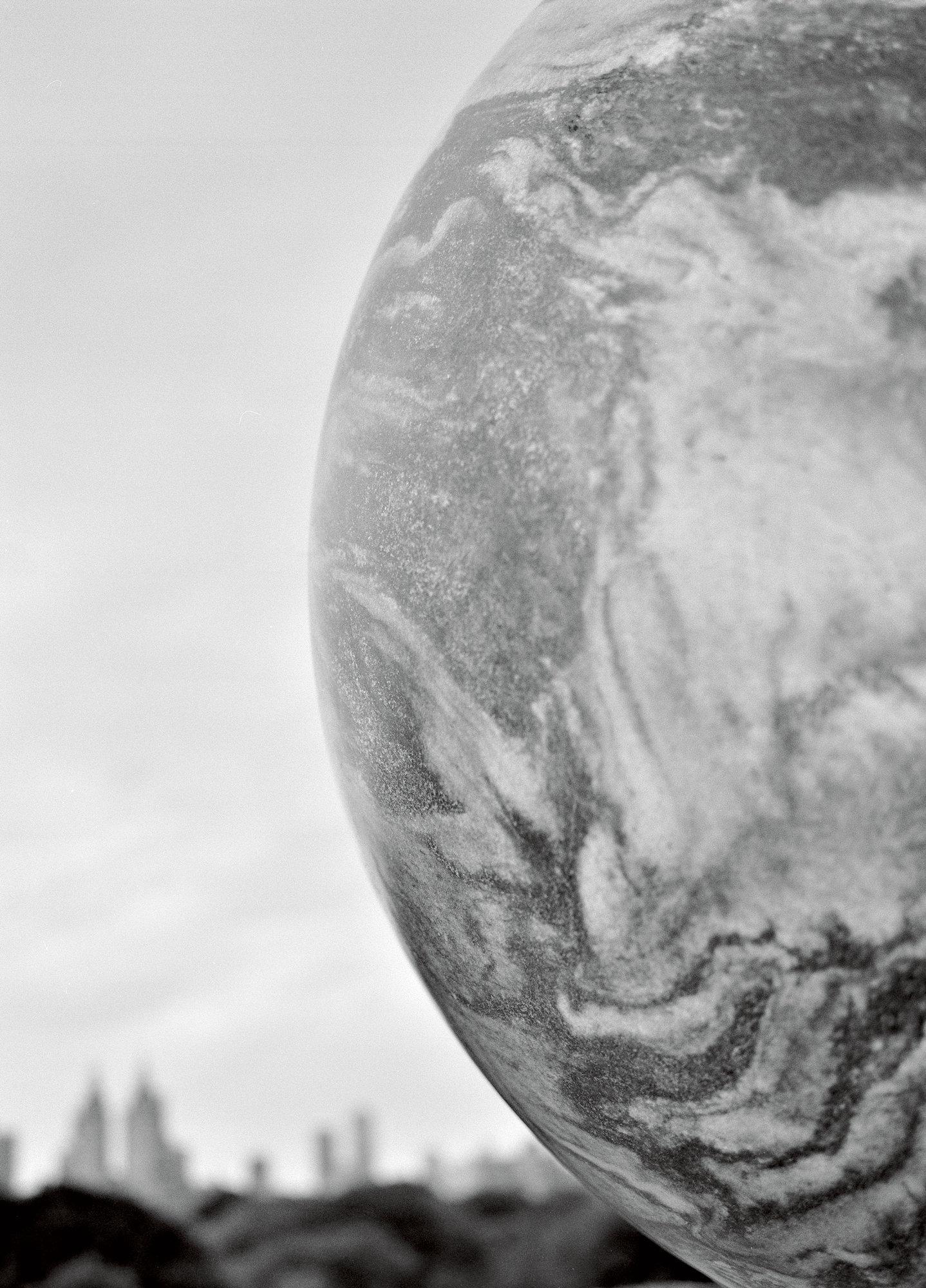