the artist as healer and drawings as magnetic forces capturing energy, vibration and flux

text and selection of artworks by HANS ULRICH ORBIST

My first encounter with Emma Kunz (1892–1963), a Swiss healer, researcher, and artist, was through her healing powder Aion A — a natural remedy we used at home for a range of health benefits. I was fascinated by the idea of the artist as a healer. Kunz’s core concerns were health and well-being of body and mind, combined with a holistic worldview. She had gifts of telepathy and extra-sensory perception. In her 40s, she began practicing a form of radiesthesia — drawing onto millimeter graph paper, guided by her divining pendulum. The large-scale, highly complex, and geometric drawings are the result of an experimental process whose roots are found not in a purely aesthetic field, but within the context of spiritualism and healing. She produced more than 400 drawings, which were never shown as art in her lifetime. They remained in her home and in her workroom, and were used for her healing practice.

However, she self-published two small illustrated books in 1953, expressing her wish to share her drawing techniques with a wider audience, as well as a book of poems, Leben [Life], in 1930. Kunz’s extraordinary spiritual abstractions were first seen publicly, a decade after her death, at the Aargauer Kunsthaus [Aarau, Switzerland] in 1973, in a solo exhibition curated by Heini Widmer. Among other exhibitions in the 1970s, her work was featured in Harald Szeemann’s famous group show “The Bachelor Machines” (1975). There was also an important exhibition curated by Suzanne Pagé in 1976 at the Musée d’Art Moderne de la Ville de Paris.

In 1992, early on in my career, I was invited by Bice Curiger to co-curate with her and Bernard Marcadé an exhibition at the Swiss Cultural Center in Paris. Titled “Oh! cet Écho!” it placed Kunz at its center, orbited by 45 contemporary artists, including Giovanni Anselmo, Frédéric Bruly Bouabré, Isa Genzken, and Mike Kelley. This second exhibition in Paris established the next chapter in Kunz’s reception, underlining her far-reaching influence on other artists and identifying the networks and connections that her drawings have with the wider world. We wanted to liberate her work from a view that linked her to Art Brut or naïve art, so the exhibition was a configuration of spiritual practices and aesthetic synergies from which we could expand our understanding of Kunz. At that point, she was predominantly typecast as a medium, not as an artist, and the exhibition took her out of this enclave.

In 1942, Kunz discovered a healing rock in a Roman quarry in Würenlos [Switzerland]. So strong was her belief in the restortive and positive energy of this stone that she stopped producing other natural remedies. She named this mineral Aion A, a Greek term meaning “without limitation.” She expressed her desire that Aion A should be made accessible to all, so mankind could experIence the advantages of its magnetic forces. It can be bought in pharmacies across Switzerland, packaged in a box illustrated with the logo she drew. In her lifetime, she continued to visit the site to recharge her spiritual energies “like a battery.” Today, thanks to the founder of the Emma Kunz Center, the late Anton C. Meier, the quarry is known as the Emma Kunz Grotto and is open for visitors to experience the restorative energies of the space. The fine powder can be used for therapeutic purposes, for all forms of pains and rheumatic issues, and for daily health.

It is interesting that the beneficial effects of Aion A can also be seen on plants when it is mixed with soil. Kunz was known for her abundant herb and flower gardens. She experimented with marigolds in her garden, “polarizing” them by swinging her pendu- lum above the rows of the flowers, and succeeded in getting them to grow additional blooms, an unusual natural feat that baffled scientists.

It is difficult to approach Kunz’s drawings with a purely traditional set of artistic criteria because they are not historically part of the development of abstraction. Abstract art is governed by composition and control, but for Kunz, the drawings are concerned with an aesthetic of rhythms, layers, and networks; the drawings need to be understood from the point of view of energy, vibration, and flux. The multiplicity that her drawings constitute is not subordinate to one principle; they do not adhere to a master plan. The drawings draw themselves; they almost self-generate.

Kunz’s work fluctuates; it is in vibration, holding itself between materialization and dematerialization. The drawings oscillate like a pendulum between the temptation to evade the surface and to levitate, and to submit to the laws of gravity. As a trembling phenomenon, the drawings bring us into a field of energy, of intensities. It is through this network of intensities that beauty is suddenly revealed. 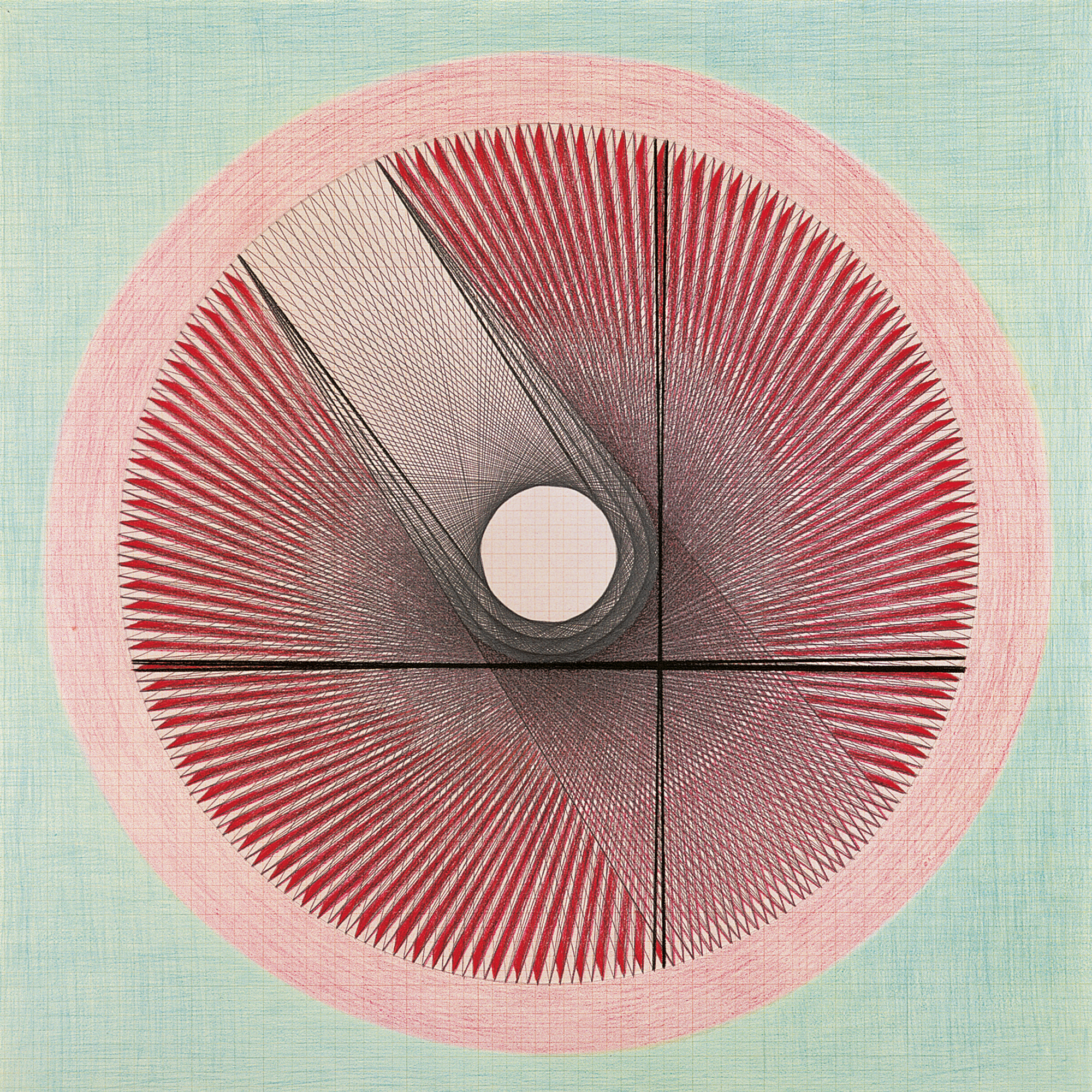 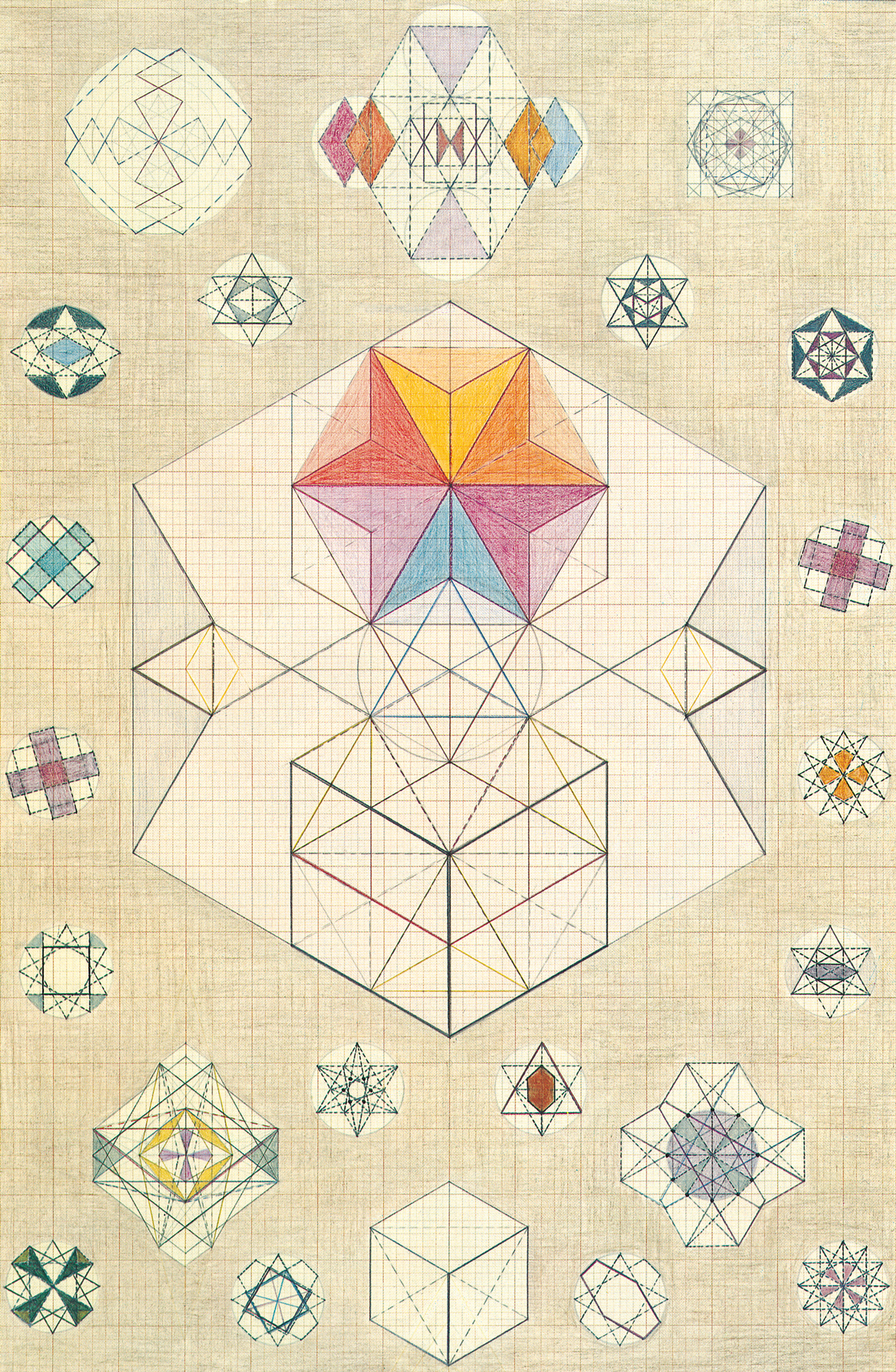 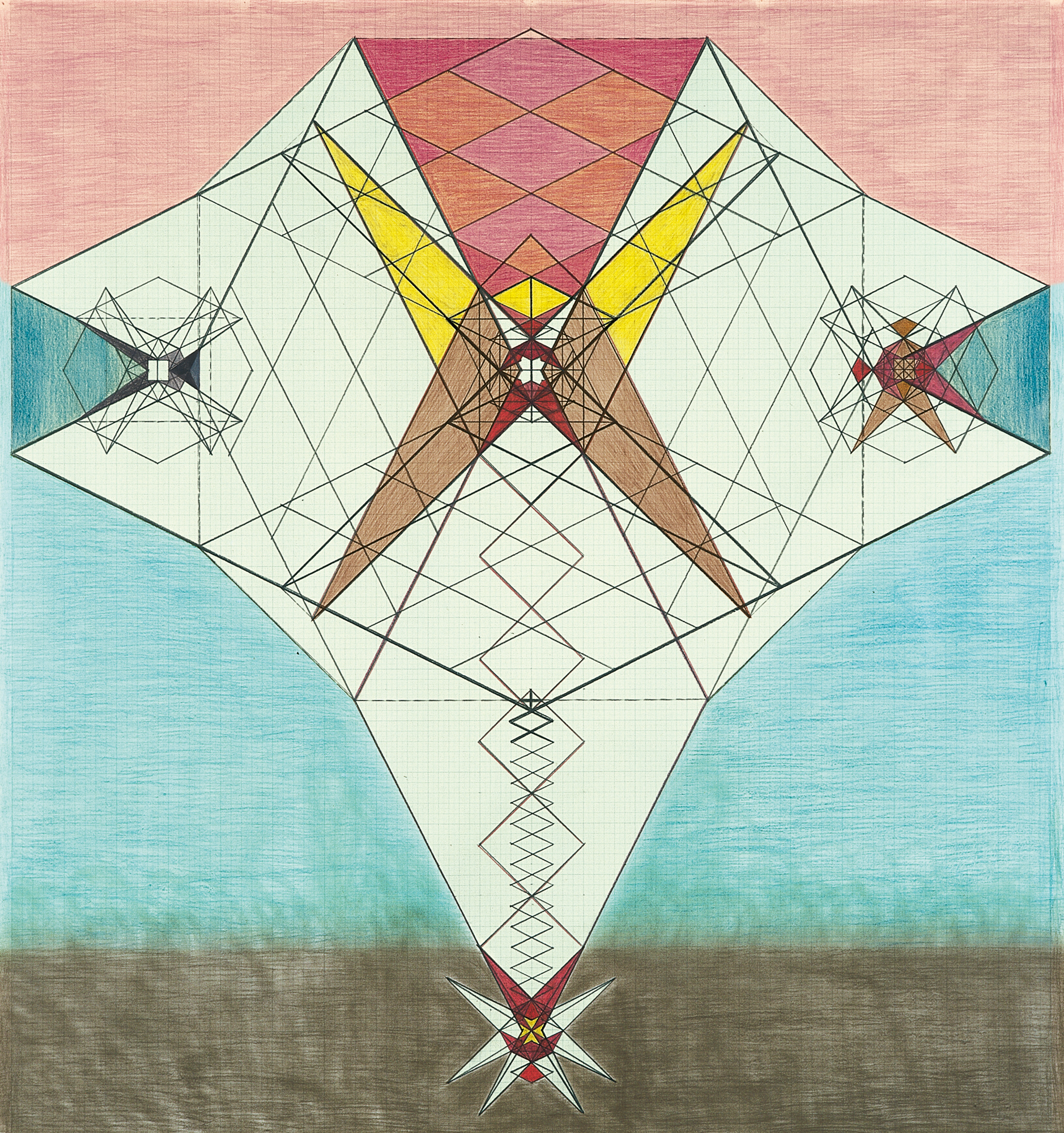 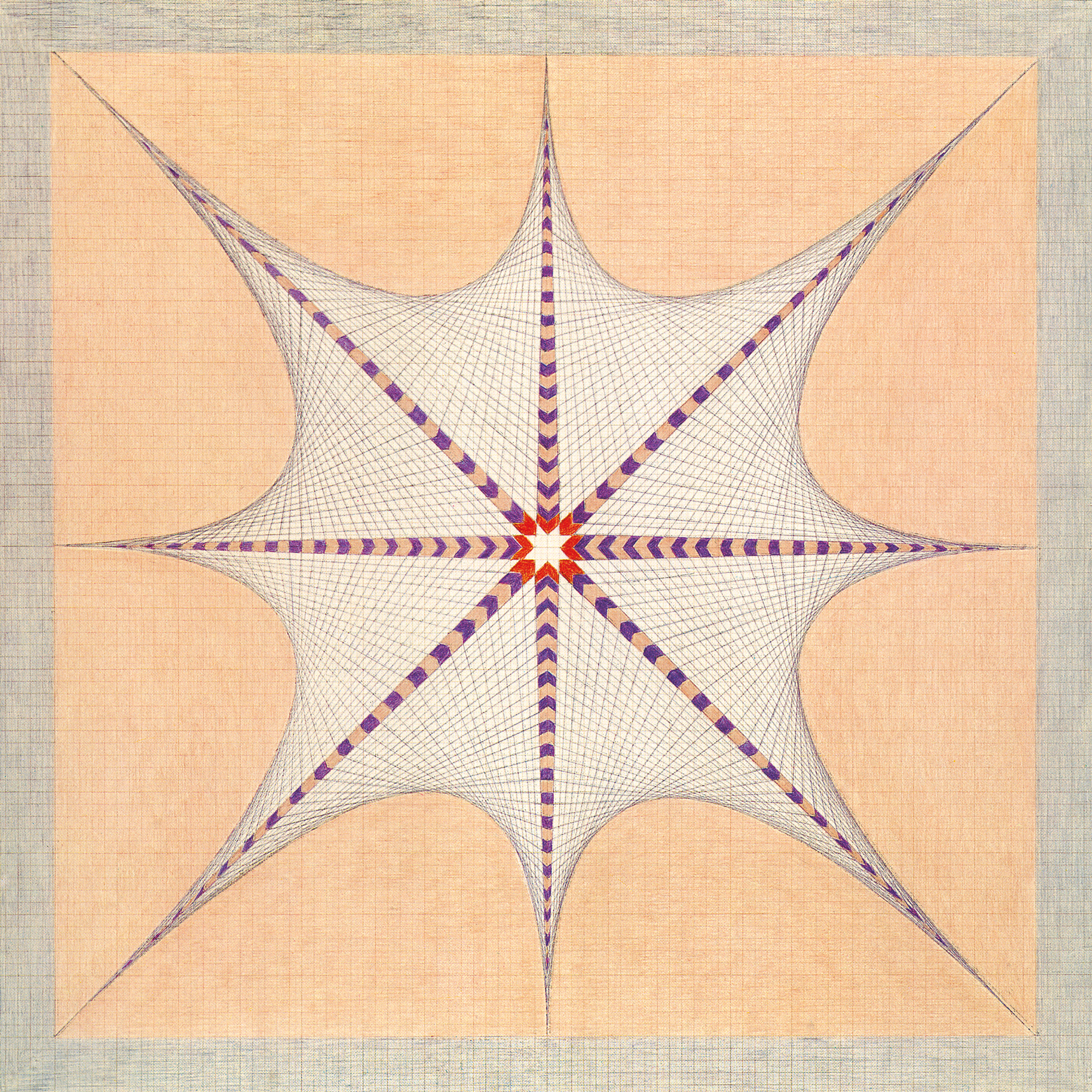 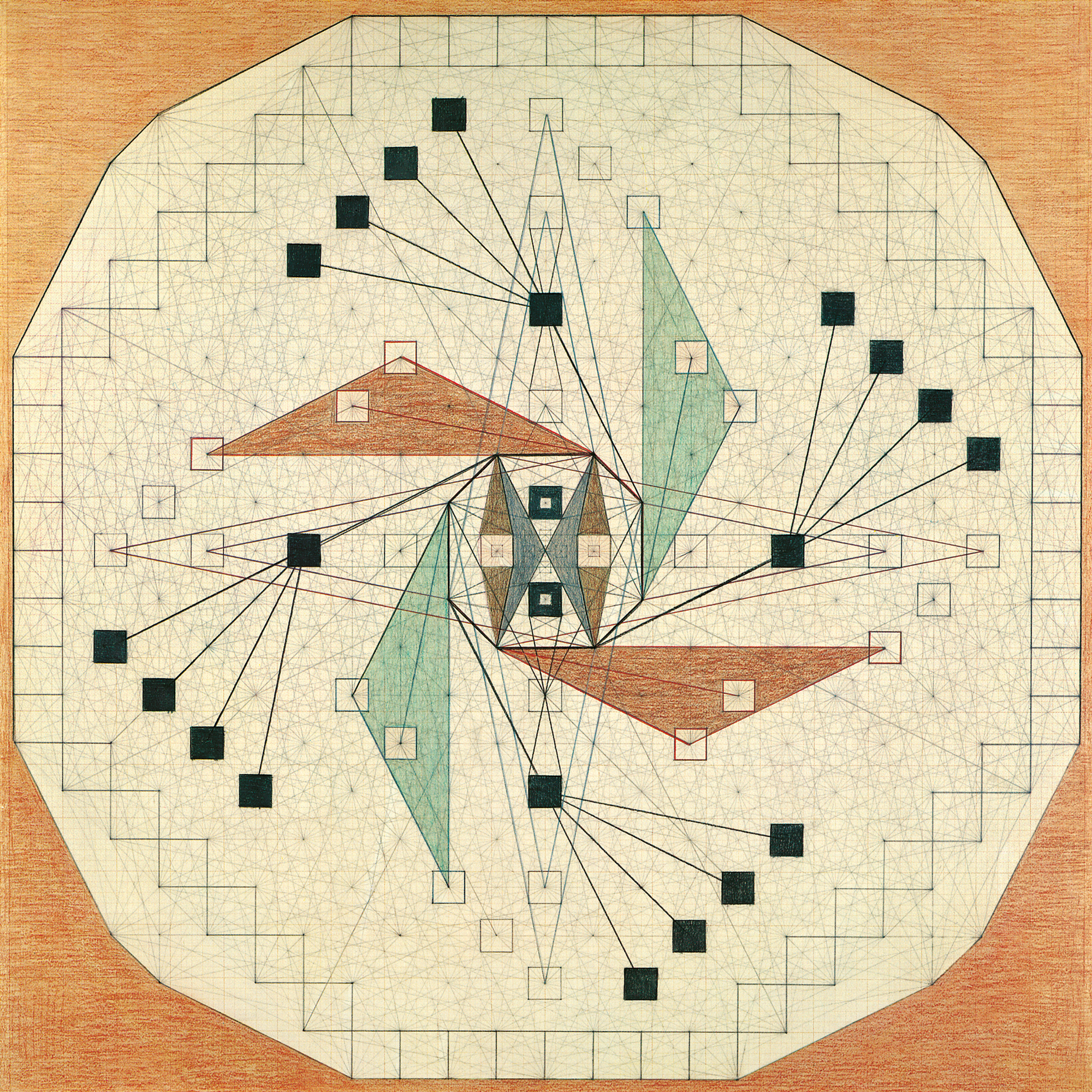 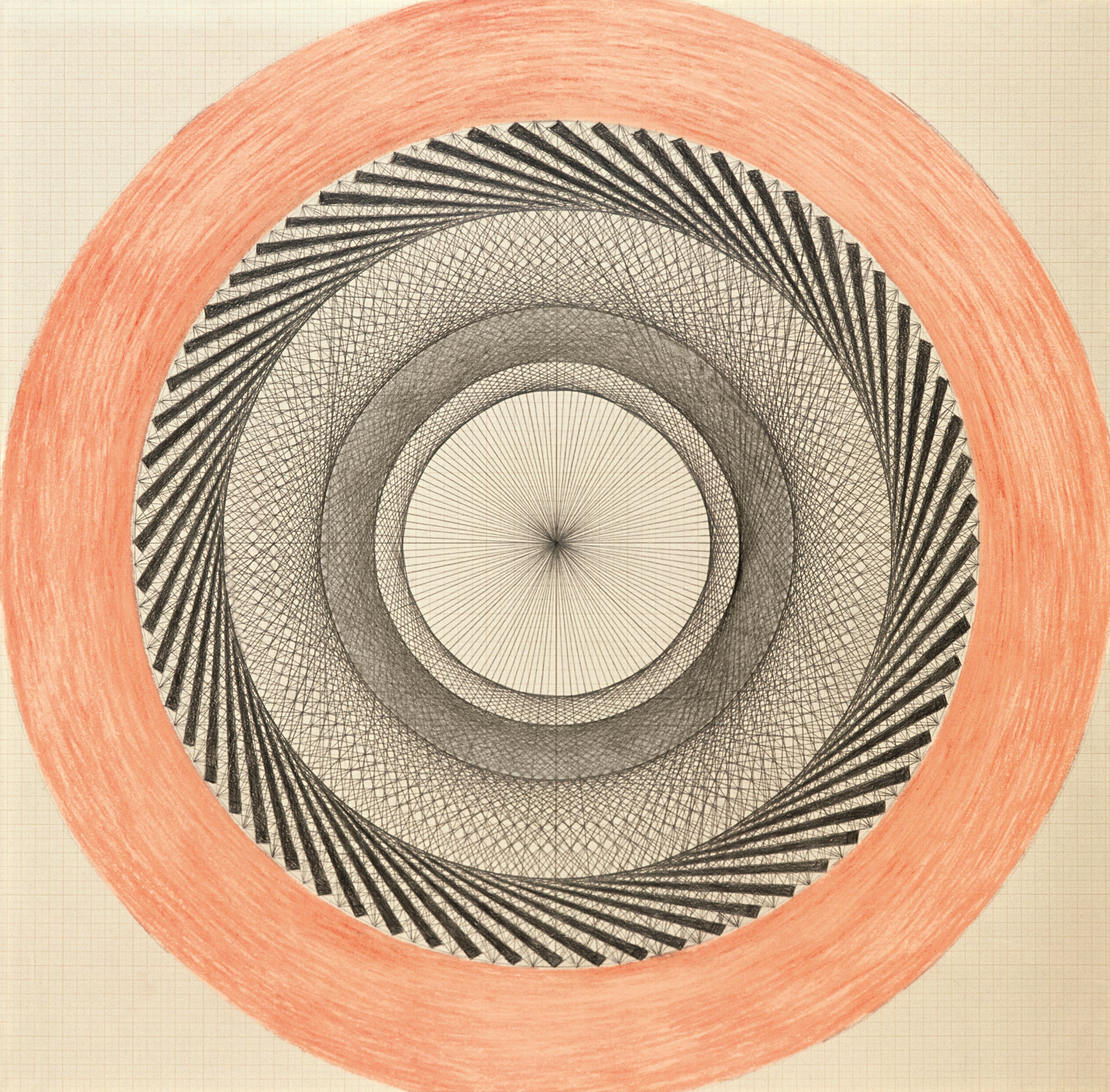 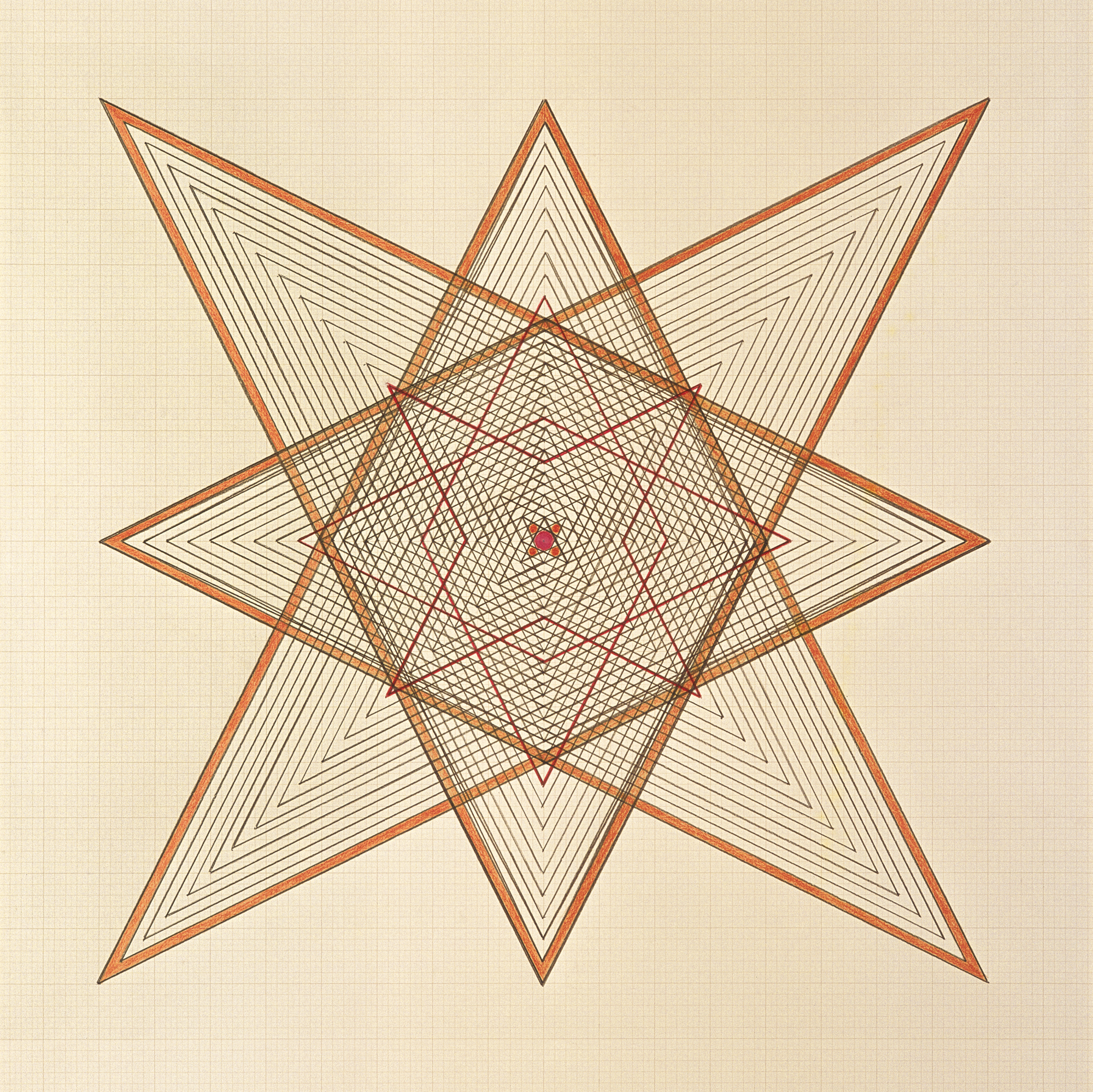