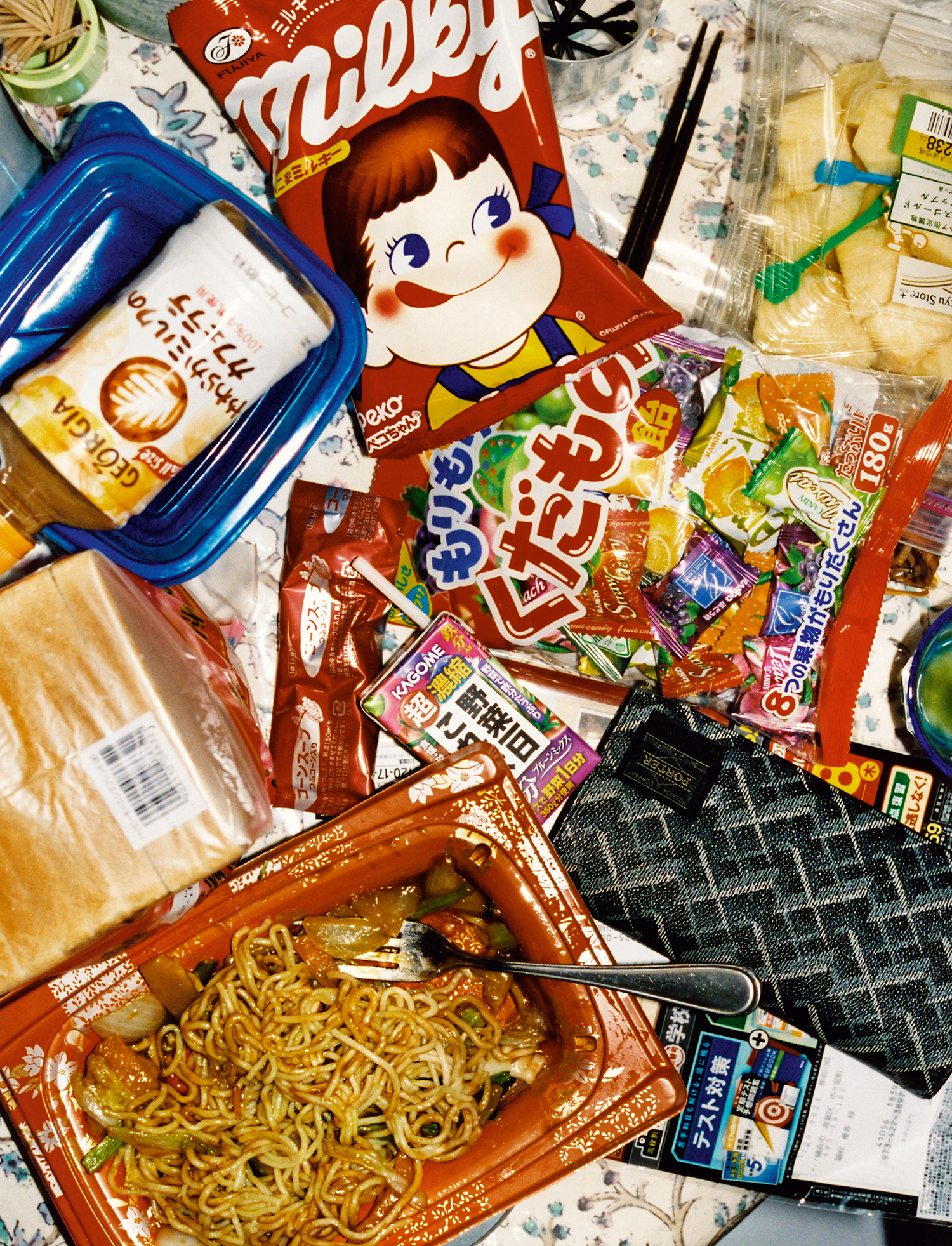 What is happening here? Is it okay for me to have seen it? And even: Why is he showing this to me? These are the creeping then long-lingering questions that made Motoyuki Daifu’s photos stick with me.

Motoyuki first gained attention with his Family series, which depicted the cramped, cluttered, aggressively intimate living conditions of his family’s living quarters. Homes in Japan tend to be intensely private environments, so peering into this hidden world felt almost like an invasion. Was it acceptable to see these secrets? What did his family think?

Lovesody documented a six-month romance between Motoyuki and a young single mother he dated while she was pregnant with her second child. Again, the pictures are raw to the point of discomfort. The closest comparison is the personal work of Juergen Teller, though Teller makes himself both more vulnerable to his audience (in his self-portraits) and superior to his subjects (in his often cruel portraits). Motoyuki, in contrast, is a participant in the photographs, yet seemingly removed at the same time.

That mystery — along with the self-evidently striking colors and compositions of the photographs themselves — is what makes these images so powerful and enduring. Despite the clutter, they’re Pop in a way: emotionally involving yet inaccessible. 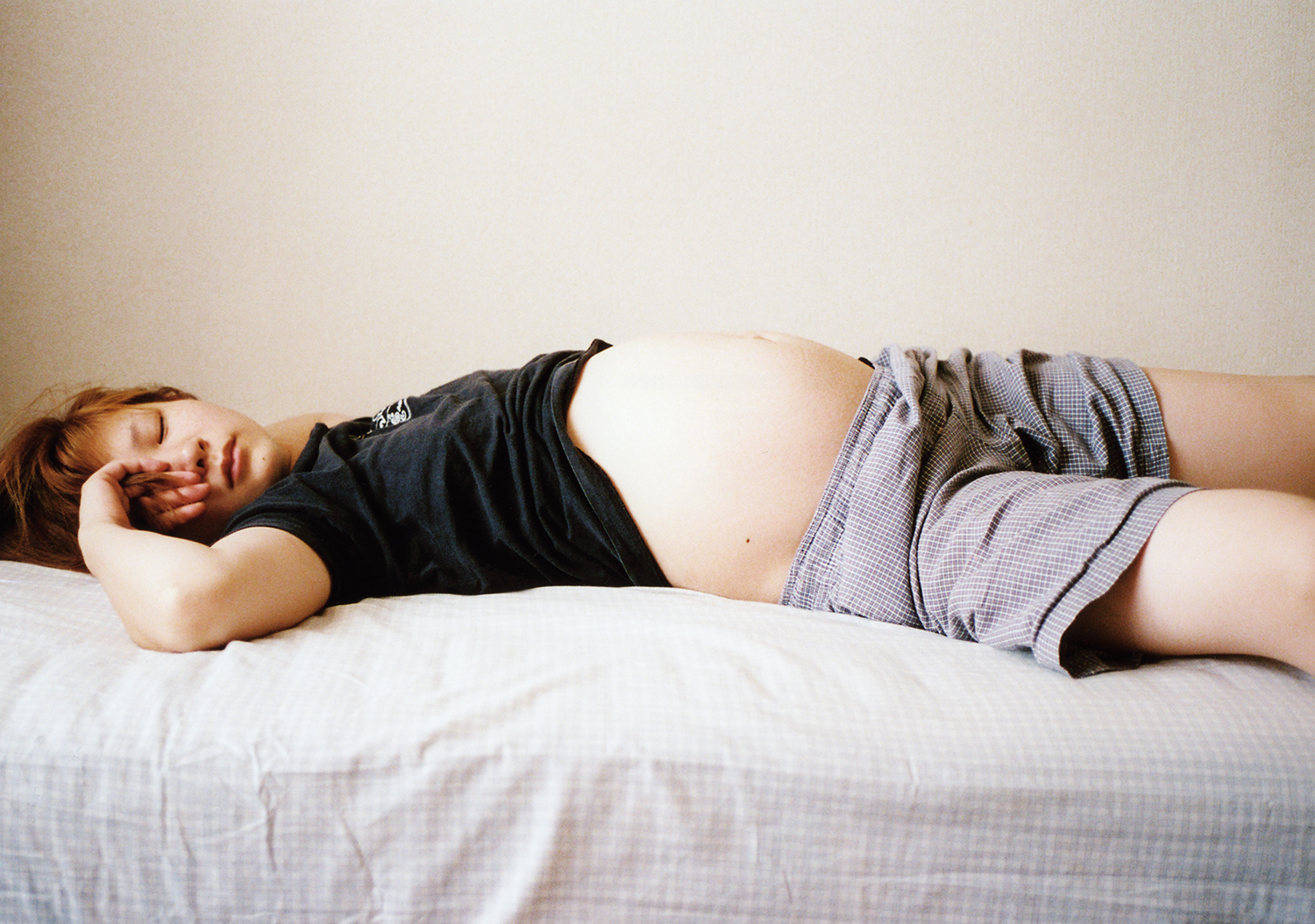 The famous Susan Sontag quote goes, “Gazing on other people’s reality with curiosity, with detachment, with professionalism, the ubiquitous photographer operates as if that perspective is universal.” Motoyuki’s POV is not remotely universal; it is resolutely his. Yet despite his presence, who he is remains elusive in his photographs. So, I asked him.

KEN MILLER — Do you remember taking your first photographs? What was the subject?
MOTOYUKI DAIFU — My first photographs were taken on a junior-high-school student trip; I shot landscapes and friends. At that time, my father provided me with a film camera — I took 10 rolls from home and used them all. When I got home, my father scolded me, saying that developing film is expensive! This is what I remember.

KEN MILLER — When you started taking photos, did you think to yourself, “I am a photographer”? Or was your early interest simply to capture images of your life and family?
MOTOYUKI DAIFU — When I really started taking photography seriously, I was 19 years old. At that time, I enrolled in school to study the subject. When I was a student, I took photographs of pretty much any and every thing. In the end, after this overindulgence, I naturally gravitated toward photographing those things that were close to me, which were around in my daily experience. In 2008, when presenting my fist solo exhibition, “Family,” I became aware of myself as an artist. 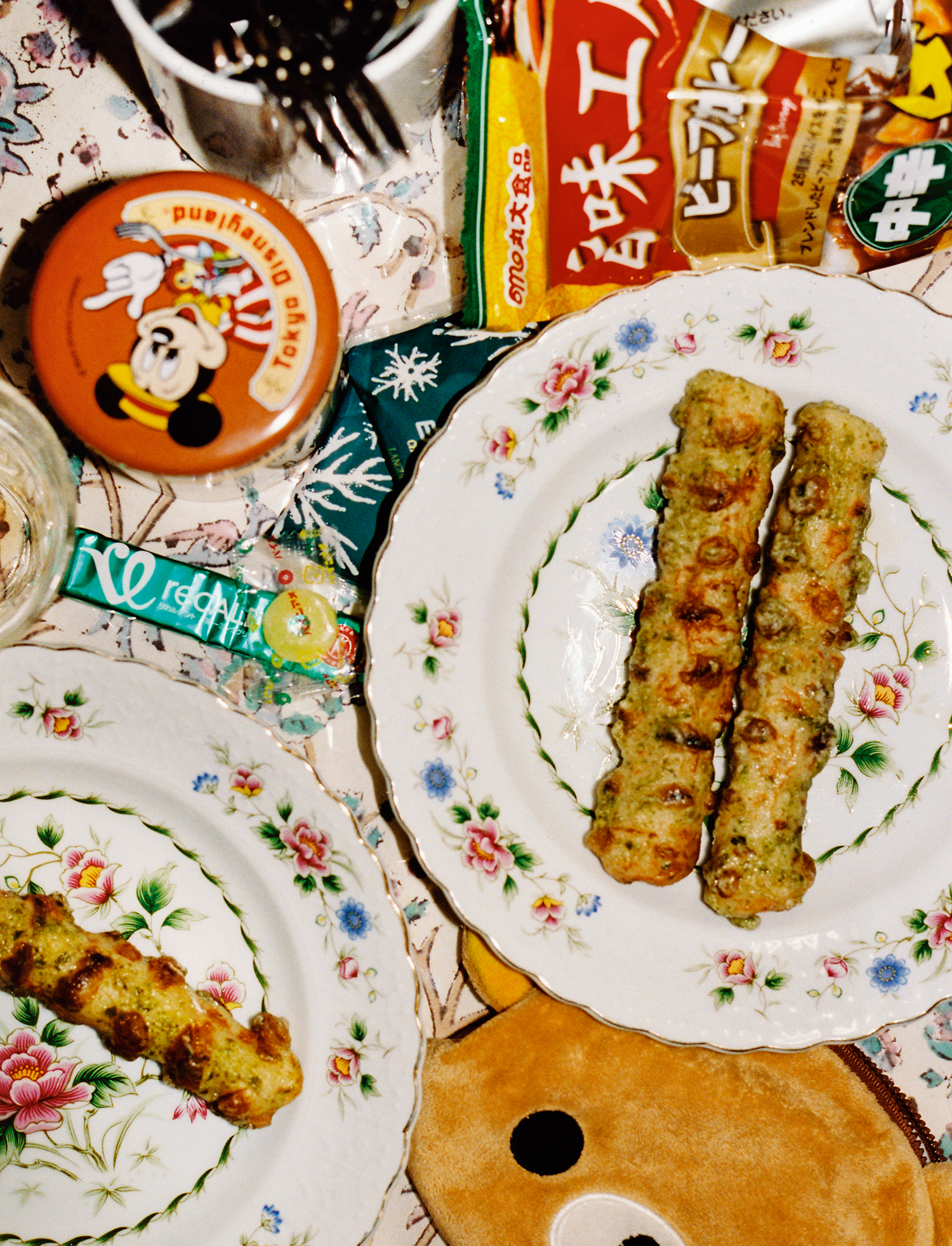 KEN MILLER — Are there other photographers who have influenced your work?
MOTOYUKI DAIFU — Recently, I am more interested in and influenced by contemporary art than straightforward photography. I think that when an artist releases an artwork into the world, it’s  necessary for the work to possess one clear idea. I am highly conscious of this as I am acting as a photographer. Also, I would prefer to avoid simply being a photographer; I intend to work across a range of media, with photography as my base.

KEN MILLER — What makes an image beautiful for you? And is beauty even important in photography?
MOTOYUKI DAIFU — I do not give much consideration to beauty. However, if I have to answer, I’d say that “balance” is key. Not too much, not too little: beauty is always born from this subtlety. By balance I mean color, placement, the object, and distance…

KEN MILLER — Do you ever pose your subjects, or do the situations always happen naturally?
MOTOYUKI DAIFU — Situations most often happen naturally. I do not like to create them. Though recently, I have been feeling that it doesn’t matter one way or another.

KEN MILLER — When you show your photos to the people in the pictures, what is their reaction?
MOTOYUKI DAIFU — My family and my ex-girlfriend saw my photos, and they expressed wonder. Why would I take such dirty photographs? Showing photographs in a gallery, this is not extraordinary. Yet in Japan, there is a limited audience that reacts to art. So, my family and ex-girlfriend probably have no awareness of how such images could be considered art. 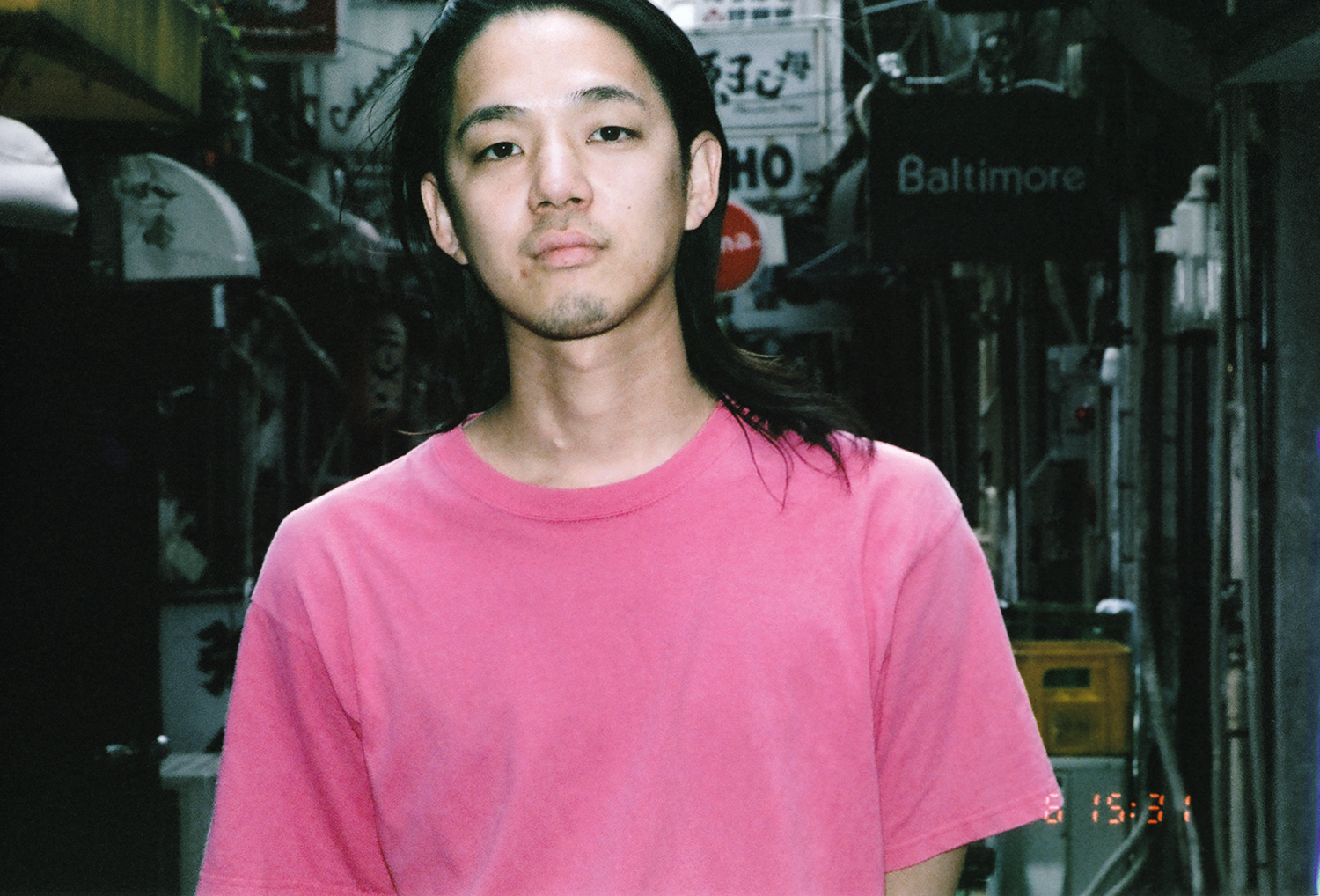 KEN MILLER — So far, all of your series of works have happened quite naturally. Would you ever plan a series of photos in advance?
MOTOYUKI DAIFU — To start, I try to make sure that each photo in a series belongs clearly to that particular series. Following this approach, I have produced three distinct series, each of which relates to one another. I can only produce a series when I have a genuine interest in the subject.

KEN MILLER — How do you approach a commercial or fashion project, such as shooting Kiko Mizuhara? Do you have a philosophy that connects this work to your personal art?
MOTOYUKI DAIFU — I only accept commercial work that allows for freedom. Freedom is an essential starting point from which I can structure my work step-by-step. Yet given the speed and limited number of images that comprise a commercial photography project, I really could not consider this my art.

KEN MILLER — In your recent Still Life series, what are these objects? Where did you find them?
MOTOYUKI DAIFU — The Still Life series consists of images of my family kitchen table, which I shot from above. I have been taking these photos for two years, photographing my mother’s dinner on the table. I think that this series is a “beautiful still,” structured by a complex mess of things on the kitchen table.

KEN MILLER — Your work seems to have been accepted in the US before Japan. Do you have an opinion on this?
MOTOYUKI DAIFU — Japan is very late. There are not many people with a sense for this type of work. The focus is placed upon that which easily catches the attention of a general audience. The photo world in Japan is small and, I think, too “classic.” That I would not fit within that world makes perfect sense. 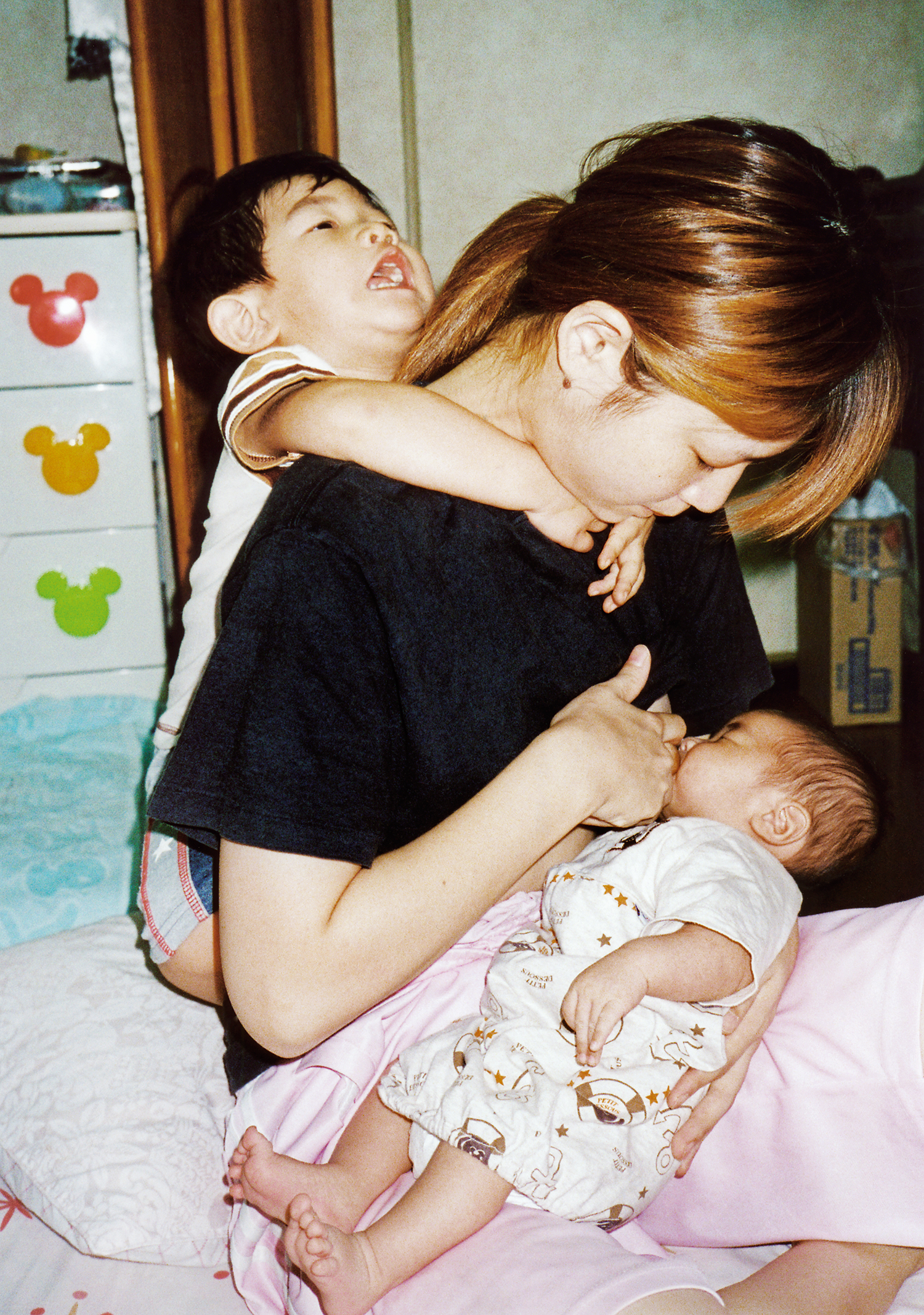