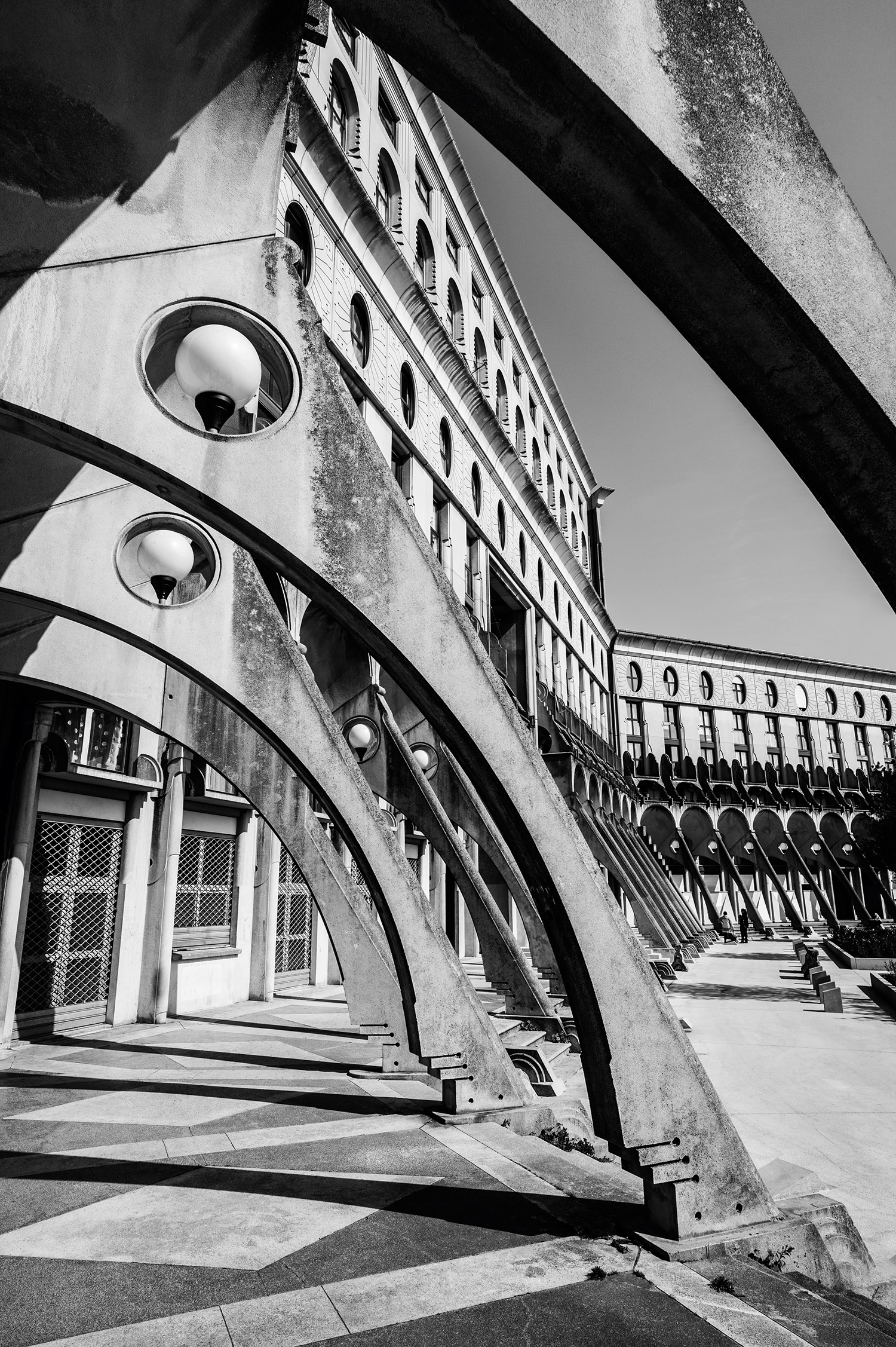 In the 1980s, the postmodern Spanish architects, Manuel Núñez Yanowsky and Ricardo Bofill, were chosen to build two public projects in Noisy-le-Grand, near Paris: Les Arènes de Picasso and Les Espaces d’Abraxas. Their initial idea was to create an alternative to the failures of the rational urban planning of the ’60s and ’70s. The architects used all kinds of references, from Roman mythology to science fiction, to create phantasmagorical environments. Thirty years later, certain detractors consider these ambitious constructions part of the persistent social problems throughout the underprivileged Parisian suburbs. Now, however, at a time when architectural innovation is used mostly for luxury buildings and art institutions, it’s important to be reminded that these projects were conceived as a surreal world — outside the historical center of Paris, but in dialogue with history. 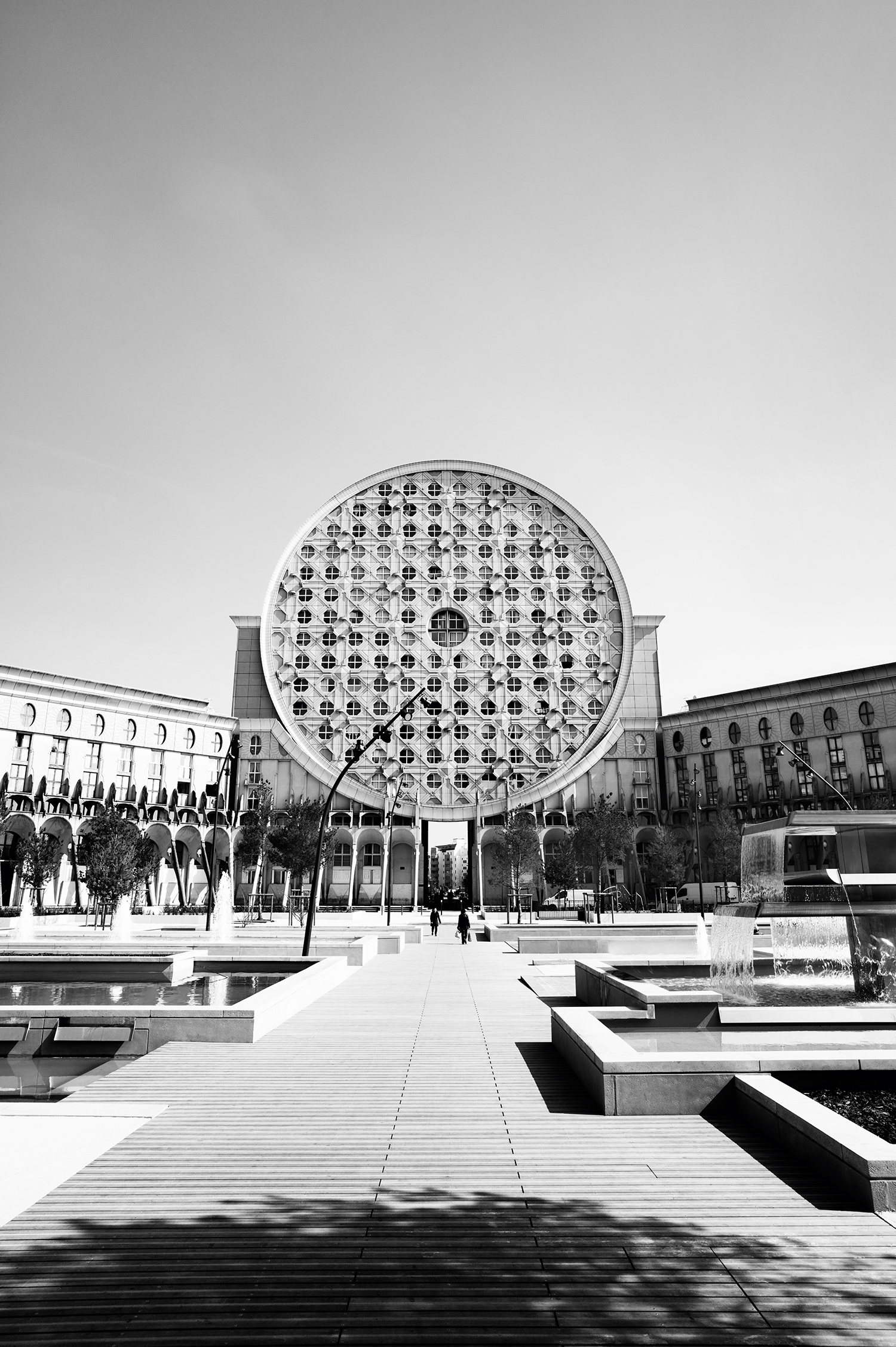 The villes nouvelles [new cities] built after the Second World War are architectural wounds. Paris’s suburban ring is beset with these lacerations: boxes, stacks, and long monoliths, all shoddily built and all adhering to Le Corbusier’s Athens Charter on the rational expansion of cities and the ideal of functionality. The book, published in 1943, was based on studies by the Congrès International d’Architecture Moderne (CIAM) in the early 1930s. The concepts therein for the creation of “machines for living” were taken up by most city planners of the time. Reality was twisted to meet the requirements of rationalism and lodge the masses streaming in from the countryside who were striving for the urban dream and “modern comforts.” It was a horizontal utopia, earthbound in its pragmatism. Suburban housing developments have long been confined to this view. Both architecturally and socially, it was a disaster waiting to happen. 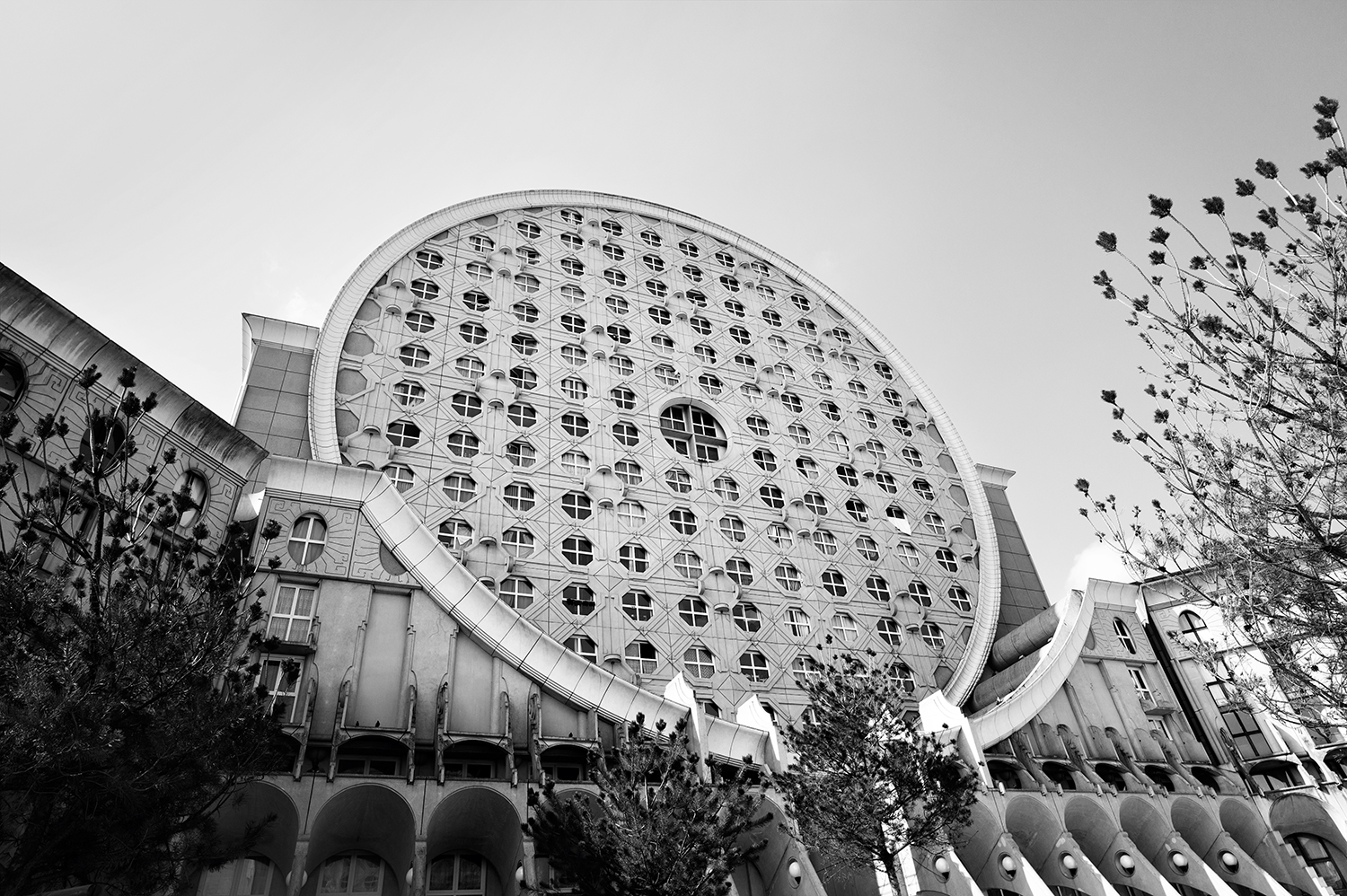 The Spanish architects Manuel Núñez Yanowsky and Ricardo Bofill — both of whom have completed major projects, Les Arènes de Picasso and Les Espaces d’Abraxas, respectively, in Noisy-le-Grand — came up with a fantastical, science-fiction-like alternative to the current program in France’s suburbs. Núñez Yanowsky: “When I first saw them, Paris’s villes nouvelles seemed a decadent and denigrating spectacle. They were ghettos without the barbed wire. The French government had commissioned me to conduct a study on a neighborhood in Aulnay, near Roissy [the town where Charles de Gaulle Airport is located]. What we found was a ghetto of 40,000 people, mostly black, ringed with a triple natural barrier: open land, highway, and barbed wire.” 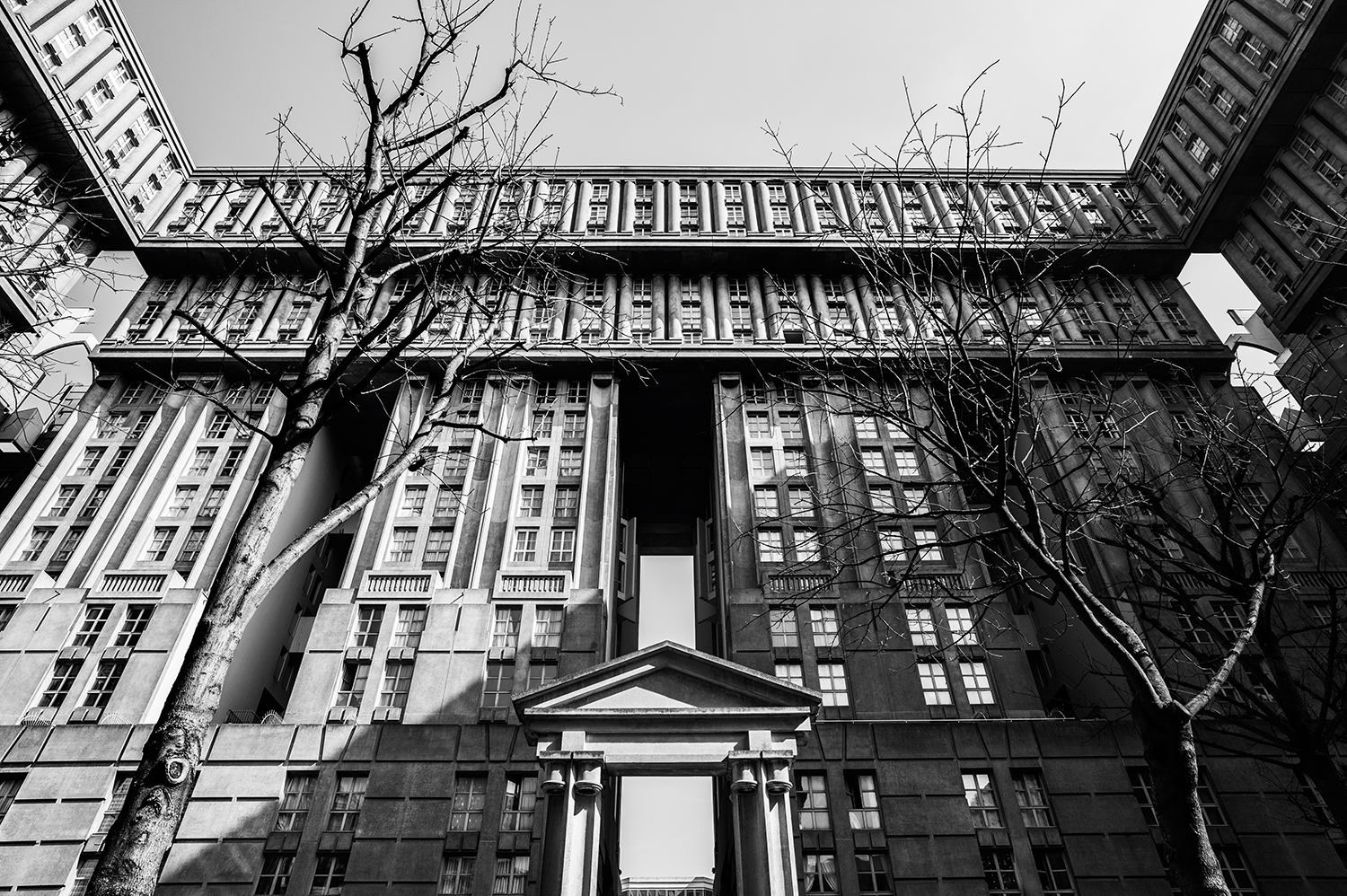 For a first-time observer, the buildings that make up Les Espaces d’Abraxas (1978-1983) and Les Arènes de Picasso (1981 1985) give an incredible impression of life, a powerful sense of culture and thought at work. They are baroque, potent, structured, melding classicism with subtle refinements; they seem to breathe. Existing somewhere between Surrealism and antiquity, Les Arènes de Picasso offers two great cylinders, like wheels standing on end, and overall forms an octagon around a basin and a great plaza hemmed in by an arcade of dreamlike columns. Les Espaces d’Abraxas, meanwhile, constitutes a monumental response to the proliferation of cités dortoirs [dormitory towns]. Bofill: “I sought to make it a gesture of anger, a monument that would serve as both a point of reference and a point of rest.” Compromising the Palacio (a massive apartment building), the Théâtre (another apartment building), and an arch, all combined into a centralized structure, Les Espaces d’Abraxas was meant to erect a theoretical utopia instead of architecture for the masses. It is the city in open space, the city as process rather than as finished object, a place that would feed on social diversity and an active urban policy, where everyone could find his or her own way to settle in. 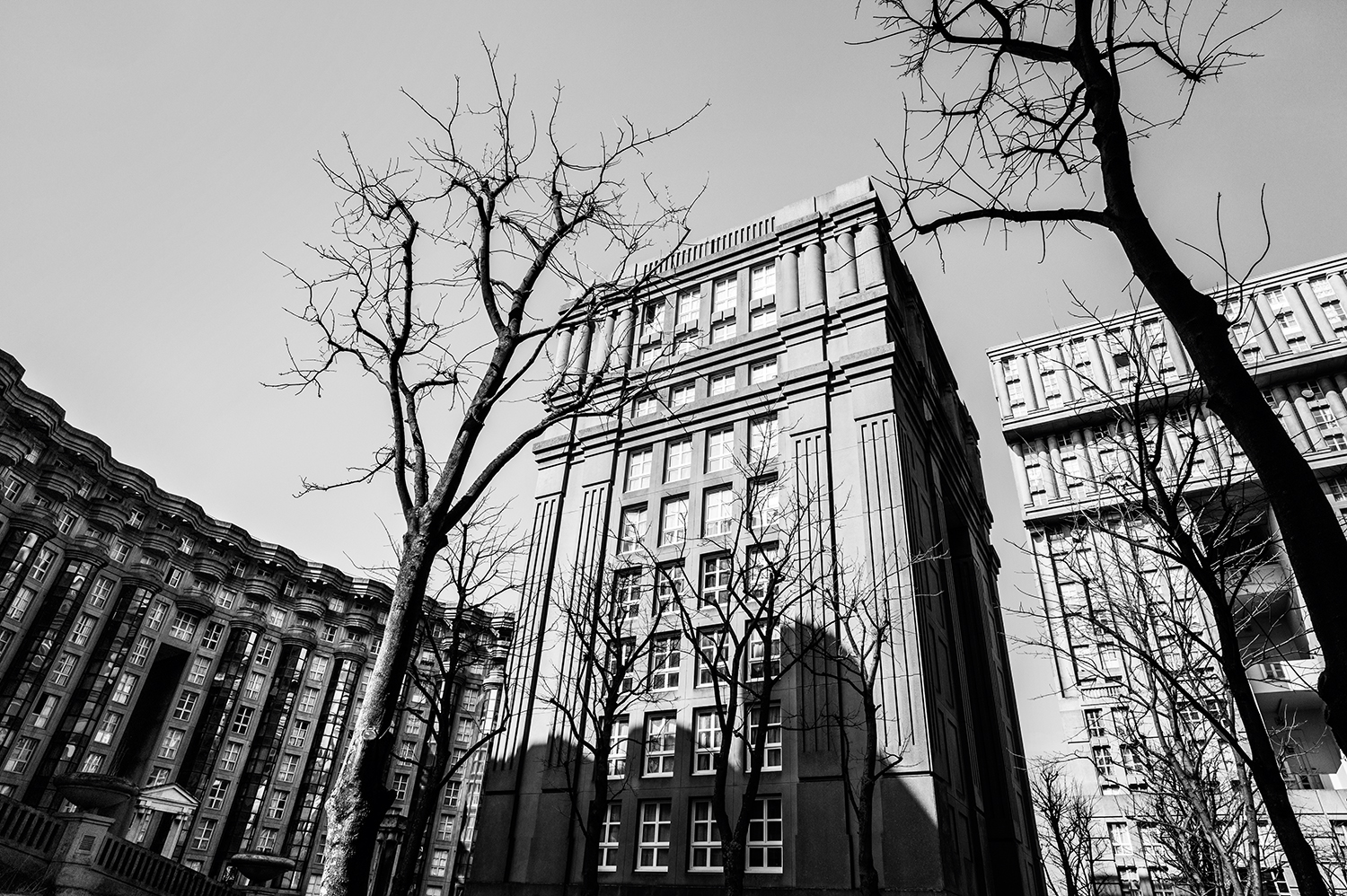 In 1963, Ricardo Bofill founded Taller de Arquitectura. With Núñez Yanowsky, he surrounded himself with an international team of architects, city planners, philosophers, economists, and designers. They take history into account and admire Gaudí. They aim to reintroduce architecture with all its ramifications, without ever neglecting art or the stuff of dreams. Bofill, still speaking of Abraxas: “Seen from afar, in its entirety, it seems a romantic project. Unfinished forms, suggested forms, broken forms convey an idea of destruction. But once you enter into the spaces, you find yourself in a surreal world.” 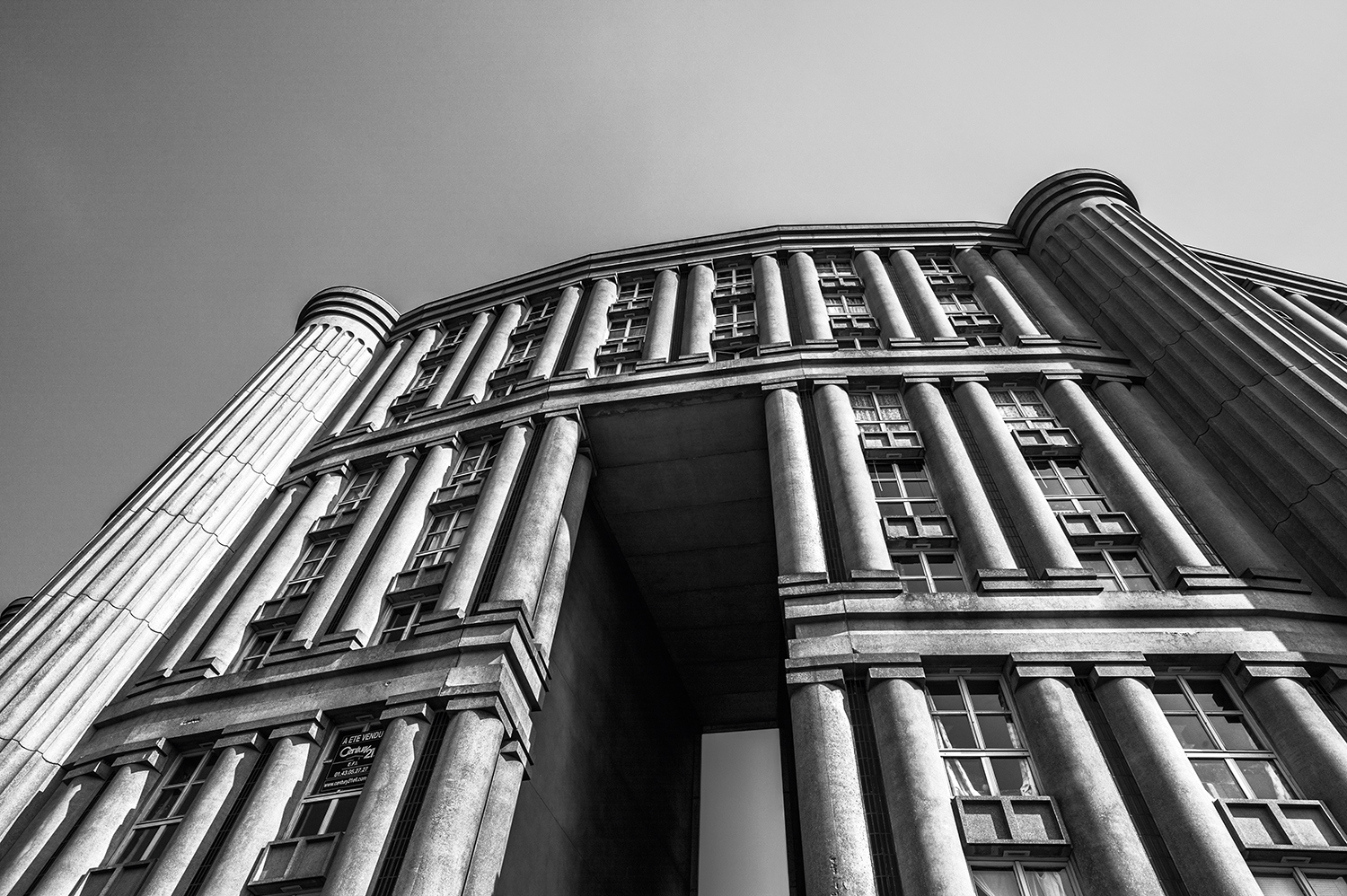 Certain detractors have rechristened Les Arènes de Picasso “The Camemberts,” after the French cheese, and Les Espaces d’Abraxas is called “Gotham City.” The thing to note, however, is that these structures can bear nicknames, for they are far removed from the non-differentiation and anonymity of the new cities our two Spanish architects find so bewildering. For them, utopia is above all political. Bofill notes that Abraxas, unfortunately, has been abandoned: no regard for social diversity, no shops, and a government landlord that has let the structures fall into disrepair. In the 2000s, things reached such a point that the municipality made plans for demolition, but the inhabitants formed an association to express their opposition. Whether you are young and proud that part of The Hunger Games was filmed in your neighborhood, or old and aware of your habitat’s originality and nonconformity, a certain pride develops when you live in so singular a place.

Les Arènes de Picasso and Les Espaces d’Abraxas were a political, humanist, and artistic response to the cold, functional construction of the suburbs. For Núñez Yanowsky, the architectural aberration of the French suburbs is rooted in the Second World War, and specifically in the unprecedented, postwar repression of what is known as French collaboration. Let us never forget that in the blink of an eye we went from an occupied, collaborationist France to a France composed almost entirely of résistants. France’s powerful sense of denial with respect to its own history was rendered in architecture as postmodern prody. You had to act fast, move on to the next thing, not look back, rebuild forthwith. France envisioned its city planning as a forward flight, and villes nouvelles were projected to last not more than 20 years. Add to this an urban policy enacted against a backdrop of disastrous decolonization and forthcoming ghettoization, and it gets easier to see why the French suburbs, structurally, have become such powder kegs today.

Unable to face up to its own recent history, the French government has not heeded the fictional, phantasmagorical singularity of Bofill and Núñez Yanowsky, their thirst for art, their postmodern culture, their desire to recast the Greek idea of the polis, where individuals make their own city. Instead, the government continues mostly to undertake laughable cosmetic repais, as if there were nothing wrong. It is blind to what these Spanish dreams could have provided for us, if only we had worked them not into a failed urban policy, but into an art of living. Though architecturally worthy of the vision that gave rise to them, these two urban projects have gone unappreciated, and in turn have been transformed into ghettos and zones of social misery. It is, however, Les Espaces d’Abraxas, with its narrow passages and deep recesses, that has become the most dangerous, the most turned in on itself — a symbol of the gulf between Paris and its suburbs. It stands like a fortress, a castle haunted by a social war that has no end in sight.