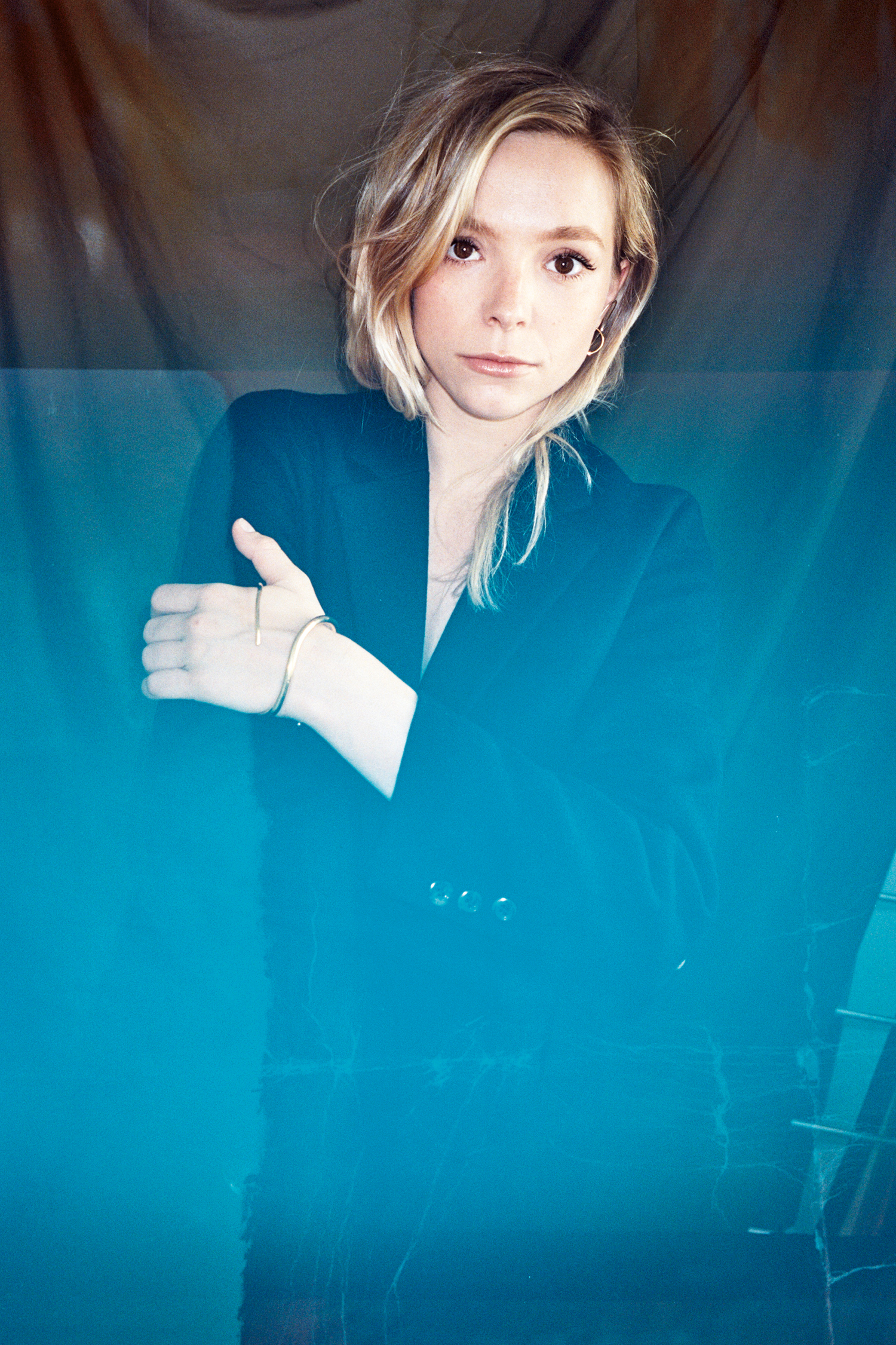 CAROLINE GAIMARI — How did you end up in Paris?
CHARLOTTE CHESNAIS — I was born in the Sarthe, 200 kilometers outside of Paris, in the middle of nowhere, in the countryside where nothing happens. As a child, I saw this as a serious punishment! I remember being five years old, screaming to leave and move to Paris. My mother has an apartment in Paris, but my father hated the city and just couldn’t stand the idea of living there. He didn’t have a phone or a credit card until recently. He could spend three days in the forest. My mother and I would come to Paris for the weekend, and then it was such a bummer to return to the countryside. I moved to Paris as soon as I could, at 17.

CAROLINE GAIMARI — Did you study fashion?
CHARLOTTE CHESNAIS — I did an HEC [business school] preparatory course first, as I wasn’t so sure what I wanted to do. Working in luxury somehow, but not really knowing where that would go. After six months, I was completely bored, and from one day to the next I told my parents I was going to quit school and study fashion at Studio Berçot.

CAROLINE GAIMARI — What was your experience at Studio Berçot?
CHARLOTTE CHESNAIS — The design courses weren’t my thing. When I started, my taste wasn’t necessarily refined. I vaguely thought I liked Prada and Dolce & Gabbana, but I didn’t know why. Berçot helps you hone your taste and have precision in your personal style direction.

CAROLINE GAIMARI — How did you start your career in fashion?
CHARLOTTE CHESNAIS — I was lucky! It was with Vincent Darré at Ungaro. He was really like my fashion godfather, teaching me and bringing me to Le Baron and to the film premieres of his glamorous friends, like the French actress Isabelle Adjani. When Vincent stopped at Ungaro, I left, too. Then I moved to Balenciaga under Nicolas Ghesquière, through a contact at Studio Berçot. Moving from working with Vincent to Balenciaga was like a slap in the face! It was not the same world at all. I really learned how to fix a garment at Balenciaga.

CAROLINE GAIMARI — And how did you start working with jewelry?
CHARLOTTE CHESNAIS — It was not something that I planned at all. One day, Nicolas Ghesquière decided he wanted to make jewelry for the show, and he didn’t have a dedicated person for that, so he asked me to do it, and I was happy to. That was how I learned — going to the studios and factories, meeting people who had worked with Mr. Saint Laurent, for example. People really took me under their wing, and I was able to learn that way, spending hours and hours in their studios.

CAROLINE GAIMARI — How do you approach jewelry design?
CHARLOTTE CHESNAIS — I’m not a super-technical person. My way of working is really organic. I feed myself with lots of books, Instagram, websites, museums, and magazines; and I get ideas and make little drawings that I take to the factories and work on bits and bobs to see where that takes me, which makes the artisan that I work with an integral part of the final product. It’s a real exchange of ideas and knowledge. 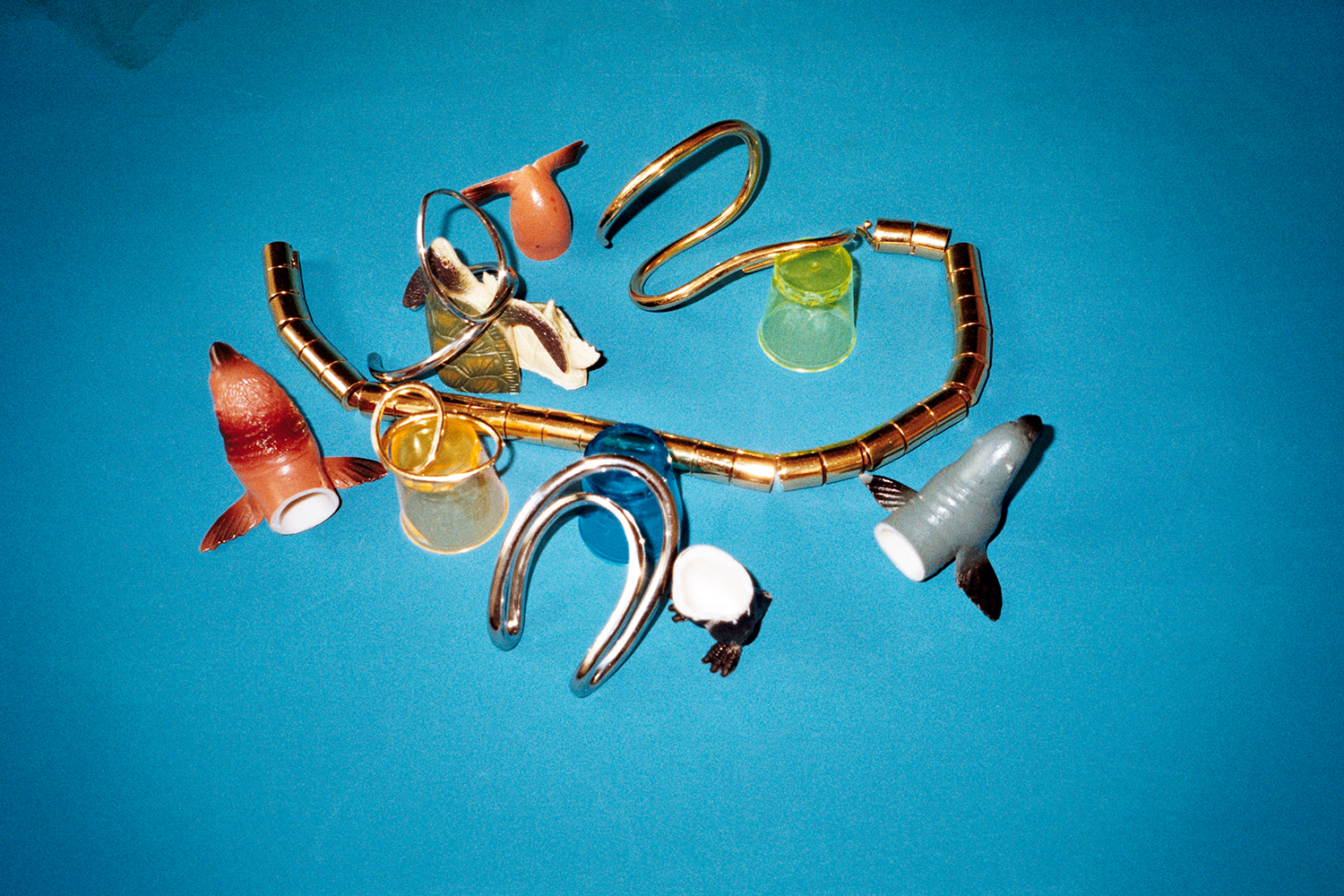 CAROLINE GAIMARI — Is there a specific inspiration for your first jewelry collection?
CHARLOTTE CHESNAIS — It’s impossible for me to pinpoint that! This is the first one, so I think it’s an ensemble of things I had inside of me for a long time. Maybe for future collections there will be a theme. I guess, without calling it a specific theme, my goal for this collection was to explore new ways of wearing jewelry. Jewelry is more present than ever, being put on the outside of the ear or on every finger. For me, it’s now not only the item of jewelry itself, but the twist of how you wear it, how the body can bring a new function to an object and how the two elements play together.

CAROLINE GAIMARI — What pushed you to start your own line?
CHARLOTTE CHESNAIS — I started to be creatively frustrated after the end of the Balenciaga era with Nicolas. Even if I was doing lots of freelance projects at Kenzo, Kitsuné, or Paco Rabanne, and they were enriching in a variety of ways, I wanted to express something more personal. There were inspirations I had that I couldn’t necessarily share with those brands. I felt the need to save them for myself. I started slowly by launching one piece here and there. Whenever I was working at a factory for one of my clients, I would try one personal thing to see how it would turn out. The artisans were really supportive; they pushed me to pursue the work. My friends could also sense that I was frustrated not having the outlet to express my personal ideas. So, in September 2014, I said, “Let’s do this.”

CAROLINE GAIMARI — And you launched during Paris Fashion Week this past March.
CHARLOTTE CHESNAIS — I wanted to present the collection during the couture shows in January, but the factory I was working with burned down with half of the prototypes! I almost had to start from scratch in mid-January to present at the beginning of March. I’m quite organized, and I don’t like doing things last minute, but at least there is that last-minute energy that pushes things forward in a way you couldn’t do with eight months’ lead time.

CAROLINE GAIMARI — Were you hesitant to go from working under someone else’s vision to being alone?
CHARLOTTE CHESNAIS — I thought a lot about it. There was a time that was very scary for me. For 10 years, I really had to work under another designer’s vision, so I wasn’t personally taking risks. In that situation, it’s not your image on the line; you aren’t making the final choices — how will it be worn, what color will it be in? I kept thinking: who will do that for me? I had some friends come in to see the collection and give me their feedback, but I realized that I needed to trust myself. You can get an overwhelming number of opinions!

CAROLINE GAIMARI — So, you’ve been doing everything by yourself for now?
CHARLOTTE CHESNAIS — Yes. I didn’t expect to do the commercial part myself. I am happy I did for the first season because you get to meet the buyers, and you can explain things directly. The price negotiation is the touchy part, the discounts, the payment date — I had to become a bit tougher! I’m glad that I did it because I wouldn’t be comfortable hiring someone and having no idea what their job entails.

CAROLINE GAIMARI — Is Paris still important for your work?
CHARLOTTE CHESNAIS — I love Paris. Every time I’m on my bike riding over the Seine, I just think of how beautiful it is. Paris is also extremely important for my work. I believe Paris is still the capital of fashion, with all the history of the important houses and the savoir-faire of French ateliers. I work only with French ateliers; it’s important that tradition is preserved. 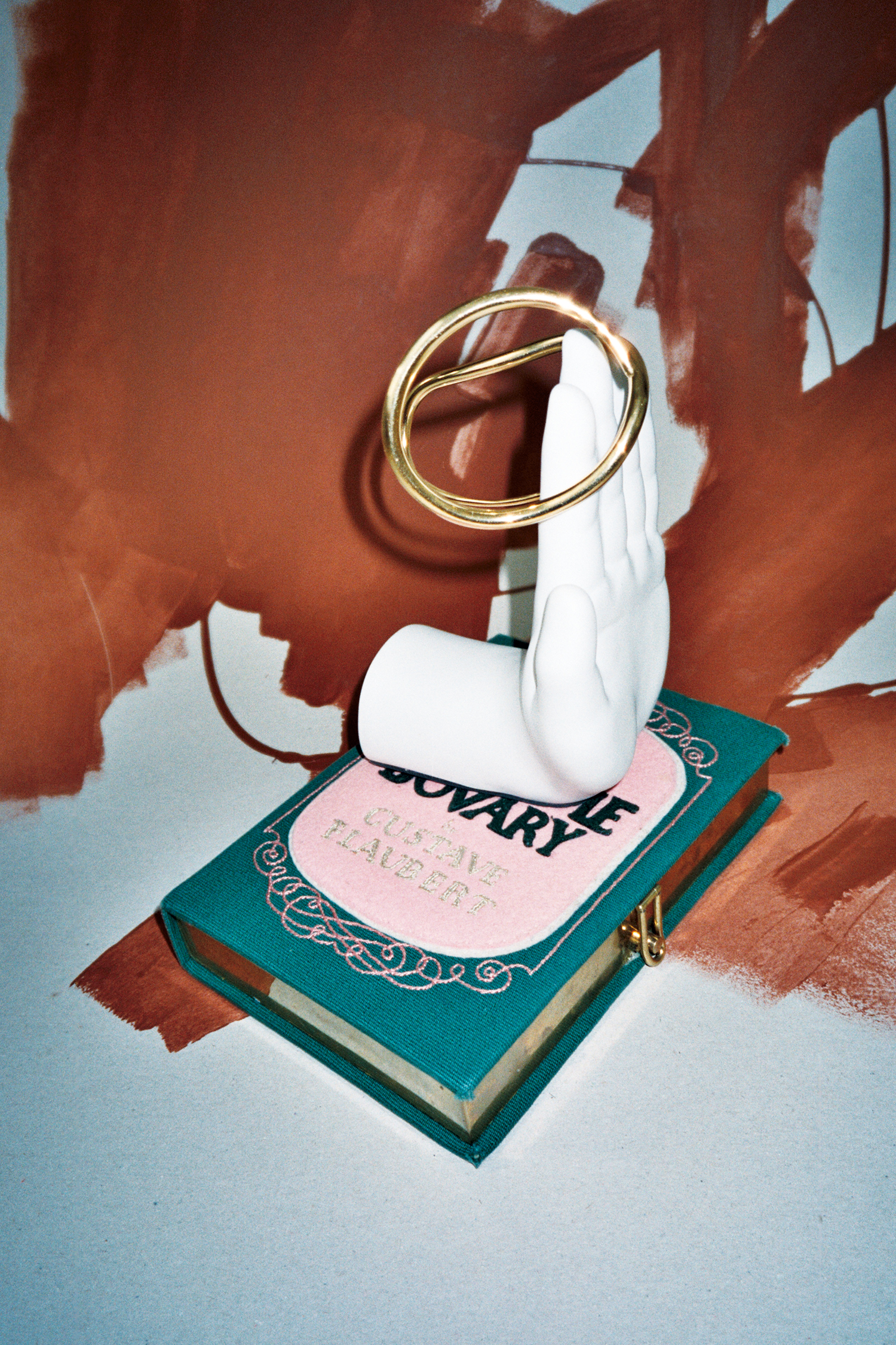