the sources of time

italian author and quantum-gravity physicist carlo rovelli writes about time, history, and the philosophy of science.

We started out with the image of time that is familiar to us: something that flows uniformly and equally throughout the universe, in the course of which all things happen. With the idea that there exists throughout the cosmos a present, a “now” that constitutes reality. The past for everyone is fixed, is gone, having already happened. The future is open, yet to be determined. Reality flows from the past, through the present, toward the future — and the evolution of things between past and future is intrinsically asymmetrical. This, we thought, is the basic structure of the world.

This familiar picture has fallen apart, has shown itself to be only an approximation of a much more complex reality.

A present that is common throughout the whole universe does not exist. Events are not ordered in pasts, presents, and futures; they are only “partially” ordered. There is a present that is near to us, but nothing that is “present” in a far-off galaxy. The present is a localized rather than a global phenomenon.

The difference between past and future does not exist in the elementary equations that govern events in the world. It issues only from the fact that, in the past, the world found itself subject to a state that, with our blurred take on things, appears particular to us.

Locally, time passes at different speeds according to where we are and at what speed we ourselves are moving. The closer we are to a mass, or the faster we move, the more time slows down: there is no single duration between two events; there are many possible ones.

The rhythms at which time flows are determined by the gravitational field, a real entity with its own dynamic that is described in the equations of Einstein. If we overlook quantum effects, time and space are aspects of a great jelly in which we are immersed.

But the world is a quantum one, and gelatinous spacetime is also an approximation. In the elementary grammar of the world, there is neither space nor time — only processes that transform physical quantities from one to another, from which it is possible to calculate probabilities and relations.

At the most fundamental level that we currently know of, therefore, there is little that resembles time as we experience it. There is no special variable “time,” there is no difference between past and future, there is no spacetime. We still know how to write equations that describe the world. In those equations, the variables evolve with respect to each other. It is not a “static” world, or a “block universe” where all change is illusory: on the contrary, ours is a world of events rather than of things.

This was the outward leg of the journey, toward a universe without time.

The return journey has been the attempt to understand how, from this world without time, it is possible for our perception of time to emerge. The surprise has been that, in the emergence of familiar aspects of time, we ourselves have had a role to play. From our perspective — the perspective of creatures who make up a small part of the world — we see that world flowing in time. Our interaction with the world is partial, which is why we see it in a blurred way. To this blurring is added quantum indeterminacy. The ignorance that follows from this determines the existence of a particular variable — thermal time — and of an entropy that quantifies our uncertainty.

Perhaps we belong to a particular subset of the world that interacts with the rest of it in such a way that this entropy is lower in one direction of our thermal time. The directionality of time is therefore real but perspectival: the entropy of the world in relation to us increases with our thermal time. We see the occurrence of things ordered in this variable, which we simply call “time,” and the growth of entropy distinguishes the past from the future for us and leads to the unfolding of the cosmos. It determines the existence of traces, residues, and memories of the past. We human beings are an effect of this great history of the increase of entropy, held together by the memory that is enabled by these traces. Each one of us is a unified being because we reflect the world, because we have formed an image of a unified entity by interacting with our kind, and because it is a perspective on the world unified by memory. From this comes what we call the “flowing” of time. This is what we are listening to when we listen to the passing of time.

The variable “time” is one of many variables that describe the world. It is one of the variables of the gravitational field: at our scale, we do not register quantum fluctuations, hence it is possible to think of spacetime as determined, as Einstein’s great mollusk; at our scale, the movements of the mollusk are small and can be overlooked. Hence we can think of spacetime as being as rigid as a table. This table has dimensions: the one that we call space, and the one along which entropy grows, called time. In our everyday life we move at low speeds in relation to the speed of light and so we do not perceive the discrepancies between the different proper times of different clocks, and the differences in speed at which time passes at different distances from a mass are too small for us to distinguish.

This is time for us: a multilayered, complex concept with multiple, distinct properties deriving from various different approximations.

Many discussions of the concept of time are confused because they simply do not recognize its complex and multilayered aspect. They make the mistake of not seeing that the different layers are independent.

This is the physical structure of time as I understand it, after a lifetime of revolving around it.

Many parts of this story are solid, others plausible, others still are guesses hazarded in an attempt at understanding the whole.

Practically all the things recounted in the first part of the book have been ascertained from innumerable experiments: the slowing down of time according to altitude and speed; the nonexistence of the present; the relation between time and the gravitational field; the fact that the relations between different times are dynamic, that elementary equations do not recognize the direction of time; the relation between entropy and blurring. All this has been well ascertained.

That the gravitational field has quantum properties is a shared conviction, albeit one currently supported only by theoretical arguments rather than by experimental evidence.

The absence of the time variable from the fundamental equations, as discussed in Part Two, is plausible — but on the form of these equations debate still rages. The origin of time pertaining to quantum noncommutativity, of thermal time, and the fact that the increase in entropy which we observe depends on our interaction with the universe are ideas that I find fascinating but are far from being confirmed or widely accepted.

What is entirely credible, in any case, is the general fact that the temporal structure of the world is different from the naïve image that we have of it. This naïve image is suitable for our daily life, but it’s not suitable for understanding the world in its minute folds, or in its vastness. In all likelihood, it is not even sufficient for understanding our own nature, because the mystery of time intersects with the mystery of our personal identity, with the mystery of consciousness.

The mystery of time has always troubled us, stirring deep emotions. So deep as to have nourished philosophies and religions.

I believe, as Hans Reichenbach suggests in one of the most lucid books on the nature of time, The Direction of Time, that it was in order to escape from the anxiety time causes us that Parmenides wanted to deny its existence, that Plato imagined a world of ideas that exist outside of it, and that Hegel speaks of the moment in which the Spirit transcends temporality and knows itself in its plenitude. It is in order to escape this anxiety that we have imagined the existence of “eternity,” a strange world outside of time that we would like to be inhabited by gods, by a God, or by immortal souls. Our deeply emotional attitude toward time has contributed more to the construction of cathedrals of philosophy than has logic or reason. The opposite emotional attitude, the veneration of time — Heraclitus or Henri Bergson — has given rise to just as many philosophies, without getting us any nearer to understanding what time is.

Physics helps us to penetrate layers of the mystery. It shows how the temporal structure of the world is different from our perception of it. It gives us the hope of being able to study the nature of time free from the fog caused by our emotions.

But in our search for time, advancing increasingly away from ourselves, we have ended up by discovering something about ourselves, perhaps — just as Copernicus, by studying the movements of the heavens, ended up understanding how the Earth moved beneath his feet. Perhaps, ultimately, the emotional dimension of time is not the film of mist that prevents us from apprehending the nature of time objectively.

Perhaps the emotion of time is precisely what time is for us.

I don’t think there is much more than this to be understood. We may ask further questions, but we should be careful with questions that it is not possible to formulate properly. When we have found all the aspects of time that can be spoken of, then we have found time. We may gesture clumsily toward an immediate sense of time beyond what we can articulate (“Fine, but why does it ‘pass’?”), but I believe that at this point we are merely confusing matters, attempting illegitimately to transform approximate words into things. When we cannot formulate a problem with precision, it is often not because the problem is profound: it’s because the problem is false.

Will we be able to understand things better in the future? I think so. Our understanding of nature has increased vertiginously over the course of centuries, and we are continuing to learn. We are glimpsing something about the mystery of time. We can see the world without time: we can perceive with the mind’s eye the profound structure of the world where time as we know it no longer exists — like the Fool on the Hill who sees the Earth turn when he sees the setting sun. And we begin to see that we are time. We are this space, this clearing opened by the traces of memory inside the connections between our neurons. We are memory. We are nostalgia. We are longing for a future that will not come. The clearing that is opened up in this way, by memory and by anticipation, is time: a source of anguish sometimes, but in the end a tremendous gift.

A precious miracle that the infinite play of combinations has unlocked for us, allowing us to exist. We may smile now. We can go back to serenely immersing ourselves in time — in our finite time — to savoring the clear intensity of every fleeting and cherished moment of the brief circle of our existence.

excerpt from the order of time, translated by simon carnell and erica segre. published by riverhead books, new york, 2018 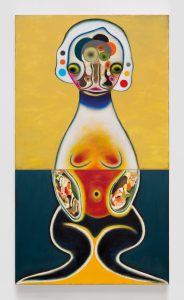 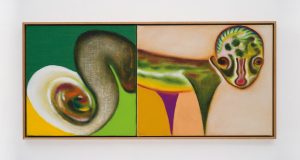