it’s as true today as ever:
the avant-garde invents the future.

Everything always starts in the Ardennes. Poetic lands in spite of themselves. As if the boredom and sadness of the place favored the blossoming of poets. René Daumal was born in Boulzicourt, a dreary village between Reims and Charleville, in 1908. Precociously bright, already a compulsive reader, and self-taught, he was sent to middle school in Charleville-Mézières, following in the footsteps of Arthur Rimbaud, whom, of course, he came to admire. Then on to high school in Reims, the main city of the region. There, Daumal met allies that he called “phères.” A band of young men obsessed with knowledge, who would go to any lengths to obtain it. Who would go to any lengths to get what life, reality, and habit refused them. They pushed the limits of their consciousness. Drifting, writing, provocation. And then, soon afterward, drugs. Ether, but also carbon tetrachloride, used to put beetles to sleep. Daumal came close to death and damaged his lungs, but he saw. There was no abuse in his experiments, no expenditure. Only experience. At his side, another dandy, Roger Gilbert-Lecomte, his darker double and twin. They wrote together. Pataphysical jokes — after all, they were obsessed with Alfred Jarry. Little tales. High-school magazines supported by their philosophy teachers, who were impressed by their talent. Reims was soon too small. They had done the rounds, knew the ghosts and smiling angels of the cathedral. Paris was the goal now. René was a good student; he entered the Lycée Henri IV and was one of its finest scholars. He taught himself Sanskrit and decided, with his acolytes, to transform the collective experience, the teenage gang and its revelations, into something more official. A magazine, to be called Le Grand Jeu. The Great Game. Says it all. Like the sharpened blade, Russian roulette, all those games you play only once. The whole of life came under the yoke. Parisian circles, and the Surrealists first and foremost, witnessed the coming of these players — younger, provincial, radical, poets, revolutionaries. Assured of their power, they did not defer to any movement, to any dogma. Daumal even gave André Breton a dressing down in a famous letter published in the third issue of Le Grand Jeu. You don’t go slapping the face of the most worldly of the intellectuals, the avant-garde gendarme who decides, alone, what can or cannot be, and expect to get away with it. Like anything that is too absolute, too pure, Le Grand Jeu could not last. Lecomte chose the downward path: dark poetry and drugs that gnawed him from within. The others hitched up to the Surrealist wagon. Daumal continued his path alone. First he went on learning the Indian language and mythology. He met the dancer Uday Shankar (the older brother of Ravi Shankar), who chose him as his press agent and took him to America. Then he discovered the benefits of the mountains: although his lungs were weakened by tuberculosis, Daumal became a mountaineer. He got a second wind in this quest for heights. After a first novel — A Night of Serious Drinking, published by Gallimard in 1939 — in which, in one drunken night, he settles his scores with his old friends and enemies (critics, scientists, psychoanalysts, actors: everyone gets their due), Daumal, appeased, began work on Mont Analogue [Mount Analogue].

The story is simple: there is a gigantic mountain, a passage between Earth and the sky, between our reality and everything beyond us. The rule is simple: to see it, you must believe in it. A young mountaineer, helped by Professor Sogol, organizes an expedition to find the invisible mountain and climb its slopes, up to the mysterious peaks. Another form of collective experience, and this time it works. The mountaineer finds the analogue mountain, begins the ascent. But Daumal did not have time to finish. He was poor and ill. The war had begun, and he was living in hiding with his wife, Véra, a Russian-born Jew. Daumal died on May 21, 1944, at the age of 36, and was never able to complete his Mont Analogue.

Eight years after Daumal’s death, thanks to Véra, Mont Analogue was published by Gallimard. In France, the novel was little read, even forgotten. The period celebrated other writers. Daumal lapsed into obscurity. But not abroad. In the United States, where a translation was soon available, the book became a symbol of the emerging New Age movement, taken up by the Californian hippies. Daumal was associated with the writers of the Beat Generation, but also, unfortunately, with personal development gurus. The film director Alejandro Jodorowsky, adored by John Lennon, adapted his book. In New York, the mythical Hanuman Books collection established Daumal as a symbol of French underground poetry, on a level with Henri Michaux. The punks of the East Village, led by Patti Smith, discovered his poetry and his radicalism. In Italy, Roberto Calasso,
the chicest of editors and the most brilliant writer in Milan, had Daumal translated. It was Mont Analogue, in particular, that fascinated him. As if its being unfinished was not a lack, a flaw in the narrative, but, on the contrary, a call to continue Daumal’s journey. An opening to all possibilities. Experimental musicians, such as John Zorn and Franco Battiato, each in a different style, translated the story into sound. And artists, in turn, made Mont Analogue a cornerstone, a call to creation. The best known of them, Philippe Parreno, has constantly reinvented his relationship with Daumal’s work, as he explains in the interview we publish here, which was originally included in the expanded edition of Daumal’s work (Les Monts Analogues de René Daumal, Gallimard, October 2021). Daumal’s work has crossed the boundaries of time and space. And when one looks to see how far the poet’s voice has spread, the results are surprising. Former French president François Mitterrand was fascinated by Mont Analogue and asked, in the face of death, that it be the only book to accompany him to his hospital bedside. Artists, musicians, directors, presidents, anonymous readers — all have wanted to search for Mont Analogue. To trace an intimate link. A multiple path.

For Daumal is now read in the future. There is still so much to discover in the rich work of this man who wrote everything — poetry, essays, novels, stories, and translations. But if Mont Analogue stands out from the crowd, it’s because it holds the symbolic key to artistic creation. To collective experience. As Daumal writes: “But the very fact that there are two of us changes everything; the task does not become twice as easy, no; from being impossible, it becomes possible.” 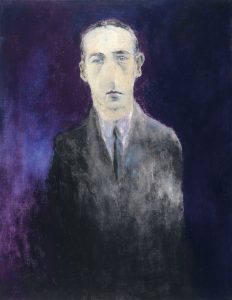 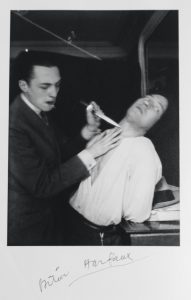 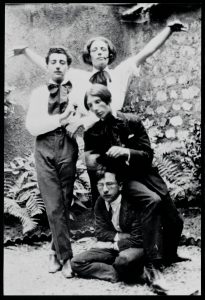 THE “PHÈRES” DURING THEIR HIGH SCHOOL YEARS IN REIMS IN THE EARLY 1920S (ROGER GILBERT-LECOMTE IS SMOKING A PIPE, AND RENÉ DAUMAL IS SITTING CROSSLEGGED), COURTESY OF FONDS GRAND JEU, BIBLIOTHEÌQUE CARNÉGIE, REIMS 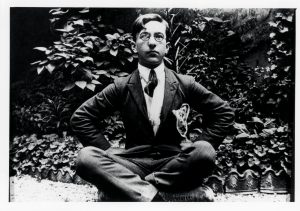 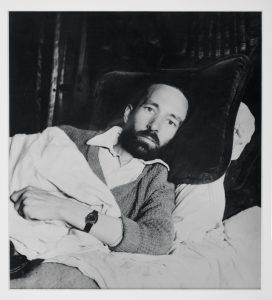 PORTRAIT OF RENÉ DAUMAL IN HIS BED, ONE WEEK BEFORE HIS DEATH, TAKEN ON MAY 14, 1944 BY HIS FRIEND LUC DIETRICH, COURTESY OF MUSÉE DES BEAUX-ARTS, REIMS