That future is essentially obvious, while we are in perpetual doubt over “what is to come”. What it boils down to is current events which give a content to the future by occurring. On that basis it can arouse every hope and every fear. There are societies in which occurrences, as pure contingency, are experienced as unbearable: they are interpreted, to slot them into the structure, and thus make them into a normal, expected expression of the order of things. Misfortune in general and illness in particular are investigated with a view to identifying the individuals responsible for them, but also to reaffirm the existence of an immutable norm: that is why their anthropologies (if this term is understood to mean a coherent body of representations assembled over time and transmitted from generation to generation) already include definitions of the individual, of the body, of consanguinity and of the collection of interpretative tools that make it possible, when the occasion arises, to explain apparent disturbances as indirect expressions of the norm. Taken together, these elements comprise a set of instructions which ethnologists analyse piece by piece in chapters covering, for example, kinship, the notion of the individual or beliefs in magic and sorcery. But the “persecutory” conception of misfortune corresponding to this type of interpretation (when someone falls ill or dies, someone else must necessarily be the cause), while most spectacularly expressed in those human groups in which the individual is closely, substantively and structurally integrated with the collective, is only one of the modalities through which human societies in general try to account for events by fitting them into a logical and chronological succession. The past is never wholly occluded either on the individual or the collective level.

The future, even when it concerns the individual, always has a social dimension: it depends on others. Any episode seen as a “stage” in an individual’s life (an examination, a competition, a job, a marriage) depends to a large extent on people other than himself and fixes him more firmly in the web of collective obligations. It is sometimes said that the individual “constructs” his future, but others participate in that enterprise which is primarily a manifestation of social life. Inversely, people speak these days of the social “exclusion” of those who apparently have no “future”, who complain and protest because their assignation to a miserable and continuing present is experienced as the equivalent of a death sentence.

So, both senses of the “future” are expressions of the essential solidarity between the individual and society. An absolutely solitary individual is unimaginable, just as one sort of future without the other would be unbearable. But inversely, to subordinate an individual to collective standards and his future life to what befalls the group smacks of totalitarianism. The radiant future once promised to the popular masses was a contradictory and impossible idea, in that it implied the stopping of time and thus the disappearance of the future — and of the individual with it. Basically it is the same with the future as it is with happiness. The object of democracy is not to ensure the happiness of all, but to create the conditions for it as a possibility for each individual by eliminating the most obvious sources of unhappiness. An acceptable future for all would be one in which every-one could manage their own time and give meaning to the future by individualizing their personal futures.

The real problems with democratic life today stem from the fact that technological innovations exploited by financial capitalism have replaced yesterday’s myths in the definition of happiness for all, and are promoting an ideology of the present, an ideology of the future now, which in turn paralyses all thought about the future.

an excerpt from the future, translated by john howe, published by verso, london, 2014 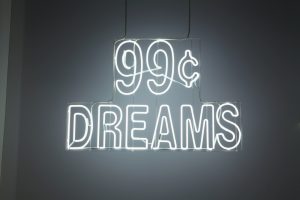 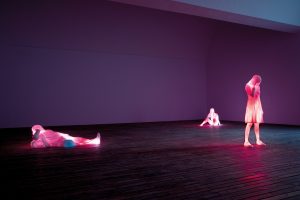