When I found out that I was pregnant, my first reaction was one of resounding joy. Next up to bat, however, was the feeling of wondering just what kind of world this baby would be born into. Five months or so down the line, I decided to do a poll on my Instagram page asking whether or not people would feel comfortable bringing a child into this world, given the current climate (literally and figuratively). I wasn’t expecting such polarizing results. I’ll admit, albeit sheepishly, that I’m more used to resounding agreement when it comes to the issues I pursue publicly on social media (self-love, body positivity, research for my sex column, etc.), but this time you guys were completely split: 50% of you said there’s no way you would have a child in the current times we are living in, and 50% of you said you would still definitely do so, with many of the latter group attributing having a baby in these times to being a sign of hope. (It’s important to note this fact as it reappeared a lot in your responses.)

Another thing I was struck by was the kindness despite the differing opinions; each side didn’t seem to have any hatred for the other. In fact, there was almost a feeling of acceptance between the opposing views, as well as the kindness offered to me, seeing as my choice had already been made.

The first time the notion of not bringing a child into this modern world was introduced to me was by a musician friend a couple of years ago, and I remember feeling shocked. Yes, the world’s a mess, but at that time I couldn’t believe people would give up the opportunity of having a family because of it. But with dwindling resources, global warming, and an increasing distrust in the government, etc, how could I blame them? Nonetheless, the desire to have children was still huge inside me, as it always has been. Was this careless of me? Selfish, even?

Of course, falling in love with the man of my dreams has only amplified this desire to create a family. The love I feel for my husband absolutely needs to be duplicated in this way. I truly believe that although it’s not necessarily tangible, love is the most powerful force in the universe. Considering love as an actual force by which to base important decisions on, I’m reminded of the scene in Interstellar where the astronauts, with limited fuel and no possibility of contacting anyone, have to make a game-time decision of which planet to travel to in order to essentially repopulate the species. One scientist wants to follow the lead of which planet would be statistically smart, but Anne Hathaway’s character finds herself in the conundrum of being drawn toward the other planet, toward love, as her lover is stationed there. Even though he could be dead, and the facts could have worked against her, she felt something real pulling her there. We find out, in the end, that her path was the correct one. Love is, in my opinion, the most important thing to consider as an actual, powerful force. In the same way, I maintain that who’s to say we aren’t really going where we’re going when we’re dreaming? Why can’t love also be a real source of power, vibration, and energy?

Eager to find a way to quantify this love force, I did some research into the study of fetal origins, which scientifically proves, over a myriad of instances including natural disasters, that the conditions of the mother when the baby is in utero are some of the most important factors in influencing who the baby will become. Nature and nurture also come into play later, but the studies of fetal origins prove that the real development of the baby begins in utero, long before Freud’s theory of two to four years. All this taken into account, I know this baby will bring light into the world just from feeling so loved already in the womb. And this love will create something powerful. Now, I’m not suggesting that my son will be the freakin’ messiah here, but I do think any small amount of kindness, especially in men, can be healing to this world. So, in this discussion of whether or not to have a baby today, my opinion would be to do it, but to do it with intention and mindfulness.

I brought this up to my husband, Nico, one night at dinner a few weeks ago, and his answer was also one of love, but with guttural animal instinct peppered in as well. He spoke of the importance of lineage, of keeping our DNA alive. This ongoing, perpetual force isn’t necessarily a choice as much as a rolling stone, programmed to keep on moving forward sheerly because that’s what it does. He feels an innate ancestral momentum inside him. He went on to explain that his ancestors “fought, they loved, they suffered, they created art, they destroyed things, all for us to be here now — and what was all this for, if not to keep going? You and I were blessed to even be so fertile so quickly. There is a gene that needs to be passed on.” I jumped in here to remind him that we are not going through this pregnancy just based on the basic animal instinct to reproduce: we agreed to proceed with having a child only after finding a stable, confident love and inspiration within each other, and we consider our son a product of that love. I can’t think of a better climate for growth.

We’re doing it in order to not repeat the innocence of our parents and our grandparents. In Nico’s opinion, our parents’ generation was very innocent in that the postwar era seemed infinite — everything was possible. Everything was renewable; no one was forced to think about how their waste could affect the planet. Now, of course, we know that in the next 100 years, the world will change forever. Due to this notion, the decisions we make to have a family need, more than ever, to be approached with awareness and mindfulness. Raising a child now requires more responsibility than ever before. We know what kind of world we live in (or worse, we are only starting to fathom what the future may look like for baby X in his metaverse).

After considering all this, my thesis has officially shifted. It is no longer a question of “why” we should have this baby, but more a question of “how.” We cannot do it carelessly, and we do not take it lightly. The “how” is an education. An alternative education. We already know that certain parts of the system in place are failing us and will fail our kids.

And after all these musings, I become mushy again. Nico has started to get up three times a night in what I deem an act of solidarity, and as I lug my heavy body up way too early this morning for the umpteenth time to the bathroom, I hear him asking me in a sleepy voice, “Baby, do you need me?” And in this small gesture, I’m all at once rushed with the feeling that we’re doing the right thing to procreate. Especially now. I know that his love and tenderness toward me has healed me. I know without a shadow of a doubt that our son can already feel it, and it is manifesting who he will become. So, if any part of this kindness will be perpetuated through our love for our son and back into the world through him, then I think, for me, it’s absolutely vital. 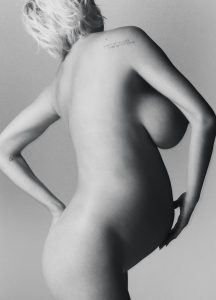 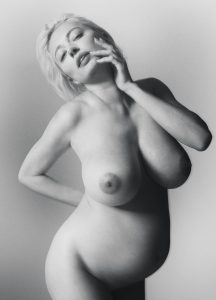 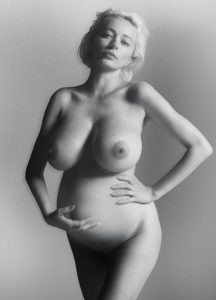