american author daniel pinchbeck is a regular contributor to purple. he writes about psychedelics, shamanism, and technology as the path to a better understanding of the self and to reconstructing our relationship with nature.

When considering the future from where we are today, we tend to toggle between dystopian outcomes. Our culture, in fact, wallows in dystopia. We marinate in apocalypse. Films and TV series envision every conceivable dreadful outcome, from control by robot overlords to nuclear winters, from zombies to plagues, from evil extraterrestrial attacks to ecological meltdowns. Overwhelmed by negative projections, people — particularly young people — feel disempowered, cynical, depressed, anxious. This perfectly serves the interests of those possessing power. When people feel dejected and hopeless, they are unlikely to find solidarity around any world-changing wmission or movement. They will, instead, sullenly submit to what seems inevitable, escaping into virtual worlds and corporate metaverses.

In my past works — from 2012: The Return of Quetzalcoatl to How Soon Is Now — I journeyed into the depths of possible nightmare futures but, in the end, proposed pathways toward utopian and joyful ones. I should say up front that one reason I can, still, see something extraordinary and amazing on our horizon is that I am not a materialist. I do not believe that consciousness is limited to these meat suits. In fact, this is not belief but knowledge from direct experience, attained through psychedelic experiment and exploration of visionary plant shamanism, including an initiation into the Bwiti tribe of Gabon with Iboga, their sacrament, and similar forays with the Secoya in Ecuador, the Mazatec in Mexico, the Kogi in Colombia, and so on. My first book on psychedelic shamanism, Breaking Open the Head (2002), chronicled my journey from skepticism to mystical revelation, one that I believe anyone can make for themselves, if they maintain their skepticism rigorously while pushing themselves to the limit.

In 2012: The Return of Quetzalcoatl, I explored the philosophical perspective of idealism, which is my worldview, based on direct experience. According to this philosophy, consciousness, not matter, is the fundamental reality, the “ontological primitive.” Each of us, individually, is a dissociated projection or “alter” of an underlying consciousness that is indivisible, instinctive, timeless, spaceless, and without boundary. The philosophy of idealism is rapidly gaining popularity. In Why Materialism Is Baloney and The Idea of the World, the philosopher Bernardo Kastrup makes a rigorous, logical argument for it, demonstrating that analytic or monistic idealism is far more rational than reductive materialism or physicalism. The idealist paradigm meshes perfectly with everything that quantum physics has revealed about the nature of reality over the last century — the interconnection of observer and observed — as well as the “perennial philosophy” of Western hermeticism and Eastern metaphysical traditions such as Buddhism and Vedanta.

In forfeiting the most crucial knowledge about the nature of reality held universally by indigenous and ancient cultures, modern and postmodern civilization utterly lost its way. We live in a world where the only things considered valuable are those that can be weighed, quantified, “objectively” evaluated. Our culture denigrates inner experience while holding up material accumulation and public attention as the marker of success. The traditionalist French author René Guénon calls this the “reign of quantity.”

Like many occult and esoteric thinkers, Guénon believes that humanity passes through long cycles of decay and regeneration; the part of the cycle we are in now is known as the Kali Yuga. It is the lowest point in the cycle, when esoteric truth is almost lost. Without access to anything sublime or transcendent, humanity loses its mind, becomes deranged. This is what we see today in the world around us. And inside of us.

My perspective is that if humanity is going to have a future on this planet — or elsewhere — we must, first of all, make the paradigm shift from materialism to idealism. This is difficult for many of us to do and impossible for those whose egos are bound up with their materialist beliefs. However, I believe we already start to see that it is happening, with the rising popularity of Buddhism and yoga, and with the worldwide growth and increasing mass acceptance of the psychedelic movement. As the great writer Patrick Harpur notes, “The world we see is the myth we are in.” When we change our underlying mythos, the world we see begins to ripple and transform around us. This only makes sense, as we are not separate from the world, and how we participate in it transforms it.

I believe the traditional left can expand its understanding to integrate the idealist paradigm, and this can lead to a worldwide victory for a regenerative, egalitarian movement based on nature’s principles. Liberals, progressives, and leftists tend to be hyper-materialist, atheist, and secular. They identify with the rational, scientific worldview that broke free from obsolete religious dogma a few centuries ago. For the most part, they still can’t imagine that this might not be the end of that story — that they need to make yet another breakthrough.

The great Communist thinker of the 19th century, Karl Marx, was a “dialectical materialist,” even though he incorporated aspects of Hegel’s thought into his work. Hegel believed that the world was moving toward an ultimate spiritual concrescence. Marx proposed that this endpoint was not spiritual but a material condition based on collective emancipation. We see this materialist bias in contemporary leftist thinkers like Noam Chomsky or Slavoj Žižek. As brilliant as they are, they can’t interrogate this philosophical limit.

A future where analytic idealism is our collective paradigm looks and feels entirely different from any continuity of materialism. Our priorities and proclivities would undergo a radical transformation. Civilization’s primary goal would become the enhancement, intensification, and evolution of consciousness, rather than space colonization, hyper-consumerism, or military dominance.

One area that I consider very significant for our future is psi (or psychic) phenomena. Personally, I have had many varied and direct experiences of psi abilities, ranging from telepathy to precognition to telekinesis to manifestation of objects — and I don’t consider myself particularly psychic. Many of my friends report the same. Materialists dismiss psychic experience, but it perfectly meshes with philosophical idealism.

The psychic researcher Dean Radin believes we are at a point in our understanding of psychic phenomena similar to where we were in the late 18th century in our understanding of electricity. At that point, scientists had verified its existence but didn’t know how to utilize it — how to store, channel, or transmit it. It took generations of experiment to figure this all out. Once we mastered electricity, we transformed the entire geophysical environment of the Earth in less than two centuries.

What if psi not only exists but is exponentially more powerful than electricity? What uses could we make of it? My perspective, to paraphrase André Malraux, is that the future will be psychic and mystical — or it will not be.

I do not intend to avoid exploring the more tangible — ecological, technical, and sociopolitical — aspects of the near future, of what we will directly experience together in the next decades. I believe that we are probably headed for very hard times — but hard times can also be, in certain respects, the best times, just as bad trips can turn out to be the most valuable experiences in the end, if you survive them.

We have failed to deal with the ecological emergency in time, and much of the world is likely to suffer through brutal misery and hardship as a result. By 2030, there may be hundreds of millions of climate refugees. We will likely see mega-droughts and depletion of resources, food and water shortages, famines, wars of desperation. Very likely, we will see increasing authoritarianism as angry people gravitate to leaders who no longer offer them hope, but vengeance and retaliation.

China is leading the way in showing the world how to unleash a technocratic totalitarian system with complete control over its population, eliminating free speech and punishing “thought crimes” automatically. Such censorship practices are starting to leak into the West. There are a range of perspectives one may hold about the coronavirus — for instance, whether or not it was intentionally engineered and released as a bioweapon. There is no doubt that the pandemic has been utilized as an opportunity for governments to gain a new level of control and surveillance over the mass populace, bypassing democratic processes.

As the ecological emergency increasingly impinges on our daily reality, national governments may find themselves overwhelmed in their efforts to handle the chaos. This will lead to increasing splintering, fragmentation, and decentralization as local communities evolve new systems and practices to secure and salvage themselves as best they can. The downside of this will be increased turbulence and danger (from viruses, resource shortages, and extremist factions). The upside is that it will force rapid innovations in cooperation, whether in autonomous off-the-grid communities or dense urban environments. We may see a movement toward local utopias — temporary autonomous zones (TAZs) of free thought and creative communion.

I resonate with the future-mapping provided by Christopher M. Bache in his books, Dark Night, Early Dawn and LSD and the Mind of the Universe. Over the course of his many high-dose LSD therapy sessions, Bache, a professor of religious studies, received a prophetic impression from the near future. He foresaw a breakdown and reconfiguration of humanity ultimately leading to an evolutionary leap or mutation in our collective consciousness. He saw this process of evolution, which seemed like it would require centuries, miraculously compressed into a short number of decades. I also suspect something like this will be the case and described my own prophetic transmissions, while working with ayahuasca in the Brazilian Amazon, in my book, 2012: The Return of Quetzalcoatl.

I realize the entire complex of ideas I present here may seem a bit overwhelming to a normal person who is simply wondering what to do with their life, how to improve their career prospects, get out of debt, and so on. I still think it is valuable to have these ideas available, so you can consider them at your leisure. As I noted earlier, the realization, from idealism, that we are all aspects of an indivisible consciousness weaving an immense cosmic story — like dream characters in a dream play — can help liberate us from traps of grief and attachment.

One recommendation I might have for people is that they pursue some esoteric discipline that leads them to a kind of ego-death and direct experience of transcendent or transpersonal awareness. This could be via meditation, psychedelic shamanism, or other means. A basic tenet of Tantric Buddhist philosophy is that “Samsara is Nirvana.” Samsara is the illusion of the world, while Nirvana is the underlying void-like perfection. Fully realizing and integrating this insight frees us from fear and anxiety and prepares us to handle whatever comes. 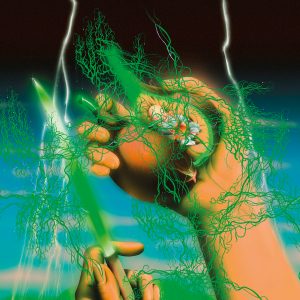 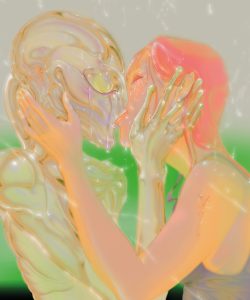 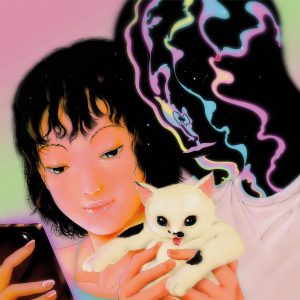