is there another future for fashion?

spanish journalist marta d. riezu is the author of just fashion: an invitation to dress ethically

A few days ago, in the maelstrom of the holiday sales, I went for a walk. A terrible idea. I came back steeped in anguish. The scene was exhausting: queues, disheveled mountains of clothes, people with six bags in each hand, shoving and sighing. On one of these pessimistic days, when I feel like we’ve lost the status of civilized citizens and are merely disoriented consumers, I force myself to remember that only 10 years ago there was no public conversation about responsible fashion. The first conference on sustainability in the fashion industry took place in Copenhagen in 2009. Fast fashion — based on dynamic inventories, big data, and real-time decisions — was in full swing at the time. The ultra-fast chains, which do not even need physical stores since they have hordes of influencers animating the digital space, had not yet appeared. At that time, it was still widely considered that the accessibility granted by cheap fashion had democratized style. Today, we know that the only thing this achieved was the devaluation of our perception of clothing, presenting it as disposable.

The present-day systems of production in the fashion industry are more opaque, voracious, and unjustifiable than ever. It is an industry still mostly based on the exploitation of people, animals, and the planet. It is unacceptable to indulge our weekly whims at the expense of the suffering of another living being, and yet that is how many people experience fashion — as an escape and a reward, not a responsibility. Acquiring a product inadvertently makes us accomplices in the process of its creation. I prefer to understand how to buy more sensibly and to free myself from the slavery of novelty, from the vulgarity of excess.

Landfills overflow, forests disappear, monoculture destroys everything. The oceans are flooded with microplastics, marine fauna is poisoned, rivers are stained in absurd colors. We inflict a thousand cruelties on animals, and it’s not even for a spiritual sacrifice as it was in the mists of time, but for a gaudy quilt, a coat, a bag. There is no other industry in which 98 percent of its workers (75 million garment professionals) cannot live on their wages. Most of the lack of transparency, environmental risks, and child or forced labor occur on the first rung of the supply chain, where the salaries, which average $100 a month, clearly illustrate the industry’s brutal profit margin. Fashion production owes its existence to deceit and obfuscation through lax laws, governments that look the other way, unfulfilled contracts, misleading labels and greenwashing that glosses over dark realities. Not even the most glamorous parts of fashion are spared. Diana Vreeland, Lucinda Chambers, Edward Enninful and André Leon Talley warned us: fashion grabs you, chews you up and spits you out. Today, it is the customer who buys, chews and spits out the garments. We call those manipulated by marketing “fashion victims,” but the real victims of fashion are its workers.

Current regulations are inadequate when it comes to specifying what is ethical and what is not. Sustainability should be quantifiable, not an abstract quality. There is no comprehensive global legislation that requires declaring the where and the how of each process. A garment goes through an average of 100 handlers as it moves from raw materials to sale. That’s why there is hope in technologies such as blockchain, which identify the product’s trajectory and reliably monitor its traceability and authenticity, allowing the buyer to be aware of the life cycle of a purchase from creation to distribution.

The paradox is that in our digital age, the logistics of fashion continue to be analog. People are just starting to talk about sewbots, the sewing robots that could bring back local clothing manufacturing. But a robot is still a physical object. Those fascinated with the metaverse have opted for NFTs (non-fungible tokens) — unique, collectible, marketable digital items. These virtual products have opened an interesting debate on issues of ownership, artistry, and volatility, and on their environmental impact. Something that is not physical does not require raw material, but the truth is that NFTs require considerable energy expenditure and a have a significant carbon footprint.

Have we placed too much focus on consumer responsibility instead of increased government regulation of the fashion industry? Both are equally important, and they must be addressed in tandem. Individual changes add up, while collective changes transform. Someday, we will see fines that will punish overproduction, and ironclad laws that define the responsibility of producers. But fines are just money that comes and goes. How will destroyed nature be restored? A lost forest does not return.

Every product we produce will return to Earth as either food or poison. How something is recycled should be addressed at the time of its design, prior to its production. It is estimated that if we continue with the current pace of manufacturing, clothing consumption will increase 60 percent by the year 2030. There is only one sensible path: to drastically reduce production volume and simplify the production chain, making it shorter and more local. The priority is not only to reduce the quantity manufactured, but also to transition from a linear approach where there is a residual end-product to a circular approach where everything is utilized.

Society — always ahead of the law — has sought alternatives to capricious purchases, such as exchanging, lending, and donating clothes. In an era that prioritizes access over ownership, the global market for clothing rental will exceed $2 billion annually by 2025. Something as simple as taking care of what we already have is subversive. The market encourages us to buy, to get tired of it quickly, and buy again. To rehabilitate is to believe that a virtuous economy is possible. It involves self-sufficiency, concentration, and patience. If something requires our effort, we value it more. When we connect to the human capital that facilitated its creation, we are less likely to consider something disposable.

Activist groups such as Fashion Revolution, the Sustainable Apparel Coalition, and Eco-Age are gaining power and a voice, aided by a loudspeaker that did not exist 20 years ago: social media. They lead the transition from a growth economy to a preservation society, along with the companies that adopt innovative technologies and advocate the revival of the slow, the ancestral, and the symbiotic. Projects like the Ethical Fashion Initiative, created in 2010 and supported by the UN, work on this basis, connecting artisans and textile workers from developing countries with brands promoting sustainable practices. The ultimate goal is to create fair and safe working conditions and to encourage independent entrepreneurship, while giving visibility and credit to millenary techniques. When a garment is made by workers with a dignified trade and with a purpose, all that knowledge is reflected in the piece.

To rethink the model of the fashion industry is to rethink the kind of society we want and to examine the worst of our modern afflictions: impatience, excess, vanity. The clothes we choose are about much more than our appearance. What we wear is political, an ideological position. Selecting instead of accumulating, and slowing down and ignoring group pressures that lead to dissatisfaction are not about resignation but liberation. Our society abhors repetition. Being satisfied with one’s life is not good for business. Educating ourselves, being informed and changing our relationship with consumption adds layers of depth to our lives. 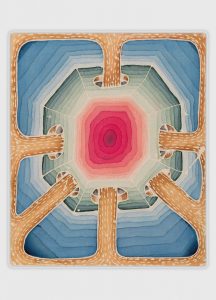 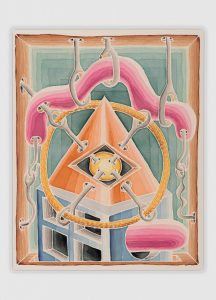