the fragile skin of the world

1 Prophecy: the time will come.

This is not a prediction, since the time will come regardless, if only as the time of the end of time.

It is a prophecy: the word of an other, the word from the elsewhere that we cannot disregard without renouncing our humanity. The interpreter of the outside.

The here and now does not exist without the elsewhere that it shelters within itself and that, in return, shelters and exposes it.

If we’re worried, disoriented, and troubled today, as indeed we are, it’s because we’ve become accustomed to the here and now perpetuating itself by excluding every possible elsewhere. Our future was right there, ready-made: a future of mastery and prosperity. And now everything is falling apart: climate, species, finance, energy, confidence, and even the ability to calculate of which we felt so assured, and which seems doomed to exceed itself of its own accord.

We can no longer count on anything — this is the situation.

Indeed, here we stand before the nothing-or-wholly-other. Either, in fact, is able to reveal itself as being already there, as already ourselves — we who know nothing about it. We ourselves are the time that comes. Haven’t we always dwelled within an improbable, uncertain coming? Not only we humans, but all living beings, and even the flows and the grains of the universal mixture?

Has the nothing-or-wholly-other not always already preceded and propelled this coming that surprises itself, and that could also suspend itself and disappear?

The time will come and without question it will be unforeseen: without the unforeseeable, nothing would come.

Thus was the amoeba unforeseen, and the skeleton, and language, and cyberspace. And each and every one.

2 We will only fully grasp the nature of our blindness concerning the apocalypse once we see it as a part of the moral situation of contemporary humans: that is, in the framework of that which we may or may not, can or cannot, should or should not do.
— Günther Anders, The Obsolescence of Humankind

It is no less true that the unforeseen is worrying. It can even cause panic when it is sensed, almost palpable — in some way foreseeable. Yes, the glaciers are melting. No, peace won’t be arriving any time soon. Yes, toxicity — whether chemical, radioactive, financial, or moral — is growing. No, progress isn’t progressing. Yes, the Enlightenment is over, the Celestial Empire as well, and the past can neither be found nor restored — precisely because the time is coming.

It is coming from everywhere and all at once. Those of us who are uneasy are above all those who live in regions that have deluded themselves with the dream of having brought history to an end. But people everywhere else are still waiting for a history worthy of the name — even if they are not completely sure what that history could be, and even if they generally consider the “technocool” comfort and luxury of our upper middle classes to be an enviable goal of existence.

But it is these classes that have now lost their lofty position, indignant and anxious about this loss, which has taken place through transformations in work, the accumulation of wealth, collective management, forms, and symbols. It is the “developed” world from half a century ago that is destroying itself in a frenzy of general upheaval while other worlds seek to try their luck.

Luck has nonetheless become obscure and perilous because, if there are many worlds of expectations and desires, there is just one universe of management, which seems blind and deaf to all the signals that have come from elsewhere — from that elsewhere whose very art and whose very thought (be it philosophical, scientific, or mystical) no longer have but a single name, that of the impossible. This word that has haunted thought since Georges Bataille should be understood not as the opposite of the possible, but as the indication and the demand not to hold fast to the possible — which is the horizon of managerial rationality — and to expose oneself to the incalculable and unmasterable elsewhere.

Today and henceforth, to turn one’s back on the impossible is to limit oneself to repeating old, superstitious mantras. Our superstition was salvation, whether this was the work of a god or of man. Salvation: plenitude, completion, life as a silent experience without outside.

After all, we know very well — even if this knowledge is very obscure — that love, thought, play, art, speech itself, and every form of relation are ultimately not ways to salvation, but fervent salutations of existence.

3 Without salvation (or indeed any form of assurance), facing the impossible, we are just capable of saluting our so singular adventure. Just capable of understanding that the time is coming, still, again, to close this adventure or to bring it outside of itself.

Let’s not tell ourselves the story of an “other beginning” in the manner of [Martin] Heidegger. Because the beginning already belongs to the ontological logic of the starting point, of the principle — and thus of the end. Instead, let’s speak of precisely what troubles us: the absence of origin and of end, an opportunity that is bound to be perilous, and (why not?) to say it once more, very clearly: the risk that the entire physical and metaphysical endeavour of three million years of humanity will be absorbed in the greeting of a salvation as tragic as it is ironic, addressed to no one, but as magnificent from the standpoint of sense as it is ruinous from the standpoint of signification.

Like the life of every individual or every culture, every language or every civilization…

We don’t like to hear this, and I don’t write it without bashfulness. But we must ask ourselves why, for such a long time (a century at least), we have obstinately ignored so many warnings — those of [Paul] Valéry or of Heidegger, of Günther Anders or of Jacques Ellul, of Marshall McLuhan or of Neil Postman, among many others. We regard them as prophets of doom: we have remained too attached (once again, “we”, the upper middle classes of infinite progress) to the scheme of a history based on a single idea, one that propels itself towards a goal that we’ve basically imagined as almost achieved…

“Imagined”: yes, we’ve projected an image for ourselves of a humanity that is certainly not perfect but sufficient, with its reason, its rights, its power, and its mastery of the universe. In this sense it is not surprising that for a long time our means of self-critique has been to critique our general store of images, the spectacle we put on for ourselves, and the unrealistic nature of the virtual. But this critique, which has now become a gimmick, rests on the oldest opposition of our tradition: that of the “real” and the “simulated”, the basis of which is the same as that of the opposition between auto– and allo– [self and other]. It therefore presupposes the substantial self-subsisting being of man — of the subject, of time, of being.

If the time is coming, it means that subject and being are terms that will no longer — now or in the future — be at our disposal. Both the one and the other always, time and again, confront this coming, this arrival that is also a departure, this event — birth and death, encounter, salutation. That which each time takes place elsewhere. At a place different from where I am but not far: in the proximity of imminence.

4 Our history is at once opening and closing. The refugees who are here are at once foreigners and at home. “At home” at once slides into the past and disperses itself in the time to come. It was always that way, but now it has been declared: it is open right in front of us.

The linear advance of the techno-economy at once locks the time to come within a calculable future and reveals its own aimlessness. What we call “the destruction of nature” in fact destroys the very element that drives forth technics: this is the greatest point of tension, the issue most laden with anguish and expectation. If what is at stake is indeed self-destruction, then it is every bit as possible for the latter to consist of an annihilation as of a strong tremor that has come from elsewhere (elsewhere: where? Right here, of course).

As possible as impossible. Unforeseeable, incalculable, but as certain as the coming of time.

As ample, enveloping, and misleading as what Baudelaire calls “nature” to designate that through which “man passes” and only subsists by being carried away.

As the long echoes, shadowy, profound,
Heard from afar, blend in a unity,
…
Having dimensions infinitely vast…
— Charles Baudelaire, “Correspondences,”
in The Flowers of Evil

This is why, if the “self-” (the “auto-”) harbours danger, as I will say often in what follows, one must nonetheless not confuse it with the little “subject” of our culture. We often reproach this subject for getting caught up in images, and for seeking to be “emancipated”, endowed with unlimited rights. But this unfortunate “subject” is itself merely the product of a much larger expansion that has become pluriversal. The same goes for the subject as for the little “ego” or “I” of Freud at the surface of the considerable mass of the “id” or “it”. And “it” is also the resonance of all the long echoes of the time that is coming.

Instead of giving moral lectures to the subject, let’s attempt to think within this resonance. People will say to me: but what do you mean? My response is that I simply want to allow what is being sought out to speak of its own right. What is trying to speak precedes us by a great distance. From very far ahead of us and also behind us: I’m speaking of the world, of life and death, of the possibility of our cohabitations.

There is nothing alarmist or apocalyptic in thinking that existence as such can be brought before its own. Transience and finitude. It is precisely there that it takes on its infinite, unique, and unsubstitutable value.

Man infinitely surpasses man: one might say that this phrase of Pascal opened the scansion of the time that is coming towards us.

excerpt from the fragile skin of the world, translated by cory stockwell, published by polity press, cambridge, uk, 2021 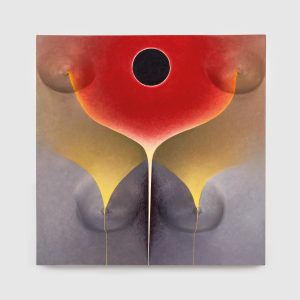 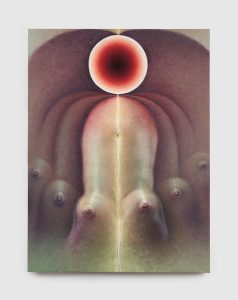 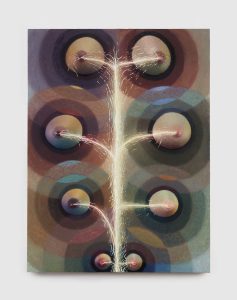