emanuele coccia is an italian philosopher, writer, academic, and veteran purple contributor. He is associate professor at the école des hautes études en sciences sociales in paris, and the author of the life of plants: a metaphysics of mixture, published by wiley, 2018

Plants perceive the world in a much more refined way than we do: they have more senses than we do, and their sensitive world is not simply divided into five great realms. They have memory, and make this memory their own body: a tree is the climatic archive of the years in which it lived. They interact with their fellow plants to communicate the arrival of enemies, including individuals belonging not only to different species but also to different kingdoms: flowers are some of the most extraordinary tools of inter-kingdom communication that have ever been invented.  Plants know. They know perfectly well what happens around them. They know perfectly well what happens inside them. They know perfectly well the difference between the outside world and their body; they feel the frontier between the “I” and the “non-I.” Every plant is self-conscious, and yet, technically, it doesn’t have a brain, at least not in the anatomical sense of the word. Plants can simply “perform” activities like thinking, perceiving, knowing, and perceiving through their somatic equipment.

In animals, each function is performed by a specific part of the body, whose form becomes specialized and differentiated: what we refer to as organs. In plants, the functions are taken over or performed in a widespread and plural way. For instance, regarding perception, there is not a single part of the plant’s body that feels the outside world following a specific dimension (as is the case for the five senses): the perceptual function is spread throughout the body, through non-specialized sensors. Hence it takes place on a molecular basis. Intelligence and the plant’s problem-solving abilities are not concentrated in a single portion of the body (as with the brain), but instead are spread over its entire extension, and therefore intrinsically multiplied. The plant is by definition without organs, and the concentration and definitive specialist differentiation of tissues, the nature of the plant’s body, is almost completely absent or otherwise involved in a dynamic process in which what has been differentiated can be de-differentiated and return to being what it was.

In other cases, plants differentiate the part which can perform a particular function by producing many examples of them. Take the basic function of reproduction: a plant is a living being that can build hundreds of sexual organs (imagine if you were to have sex not only with a penis and a vagina but with 150 of them, possibly all together, with different individuals).

The reason for this anti-organic logic is, as botany has long claimed, the sedentary character; a plant cannot move and is exposed much more often, and much more intensely, than an animal to the attack of predators. Precisely for this reason, it cannot concentrate a central function in a single part of its anatomy, but must entrust it to several parts, in a widespread and equal manner. A plant, if you will, is an organism that never ceases to build plan Bs, second bodies, alternative anatomies. It’s like growing hundreds of noses when faced with the danger of losing one to a predator, or developing lungs almost everywhere in case a lion or vulture comes along and rips one set to pieces. It’s for that reason that, as botanists have demonstrated, the somatic construction of the plant takes place in a modular way and through the reiteration of simple formal units.

We should imagine the same structure for what we call consciousness, or “I.” A plant is not a being without a “me,” it’s a being whose “me” is reflected in hundreds of portions of the body. Each plant is an individuum with a non-pathological form of schizophrenia. Every plant, from this point of view, is not only a self but is much more of an “I” than I am, or we all are. It doesn’t say “I” once, it says it hundreds of times, simultaneously in the same body, in different forms, exactly like every plant does anything else in hundreds of different places (be it sex, photosynthesis, or anything else). The plant is capable of saying “me” with any part of its body.

From this point of view, the self is also, and above all, a vegetable: fact. To be an “I” we do not need to have a brain, sense organs, eyes, ears, nose. To have an “I,” it’s enough to have a living body, and a body whose main characteristic is the fact of being born. Here’s the point: if we ask plants to explain to us what an “I” is, their answer is that the “I” is originally and constitutionally decerebrated, without brain, and without organs, but remains the main plastic force of a living body. The “I” is the property of a body (there is no “I” without a body) capable of growing and shaping itself. The “I” is the property of a born body.

Let’s attempt to revisit this in a slightly more technical way: the “I” has always been the form of reflexivity, the way in which something is able to bend and return to itself. Even in saying “I,” we create with our breath the language, the sound, the word, only to capture ourselves saying it. The “I” is the first circle of the living being. Now, the first form of reflexivity is not that given by sensation (eyes, nose, ears, etc), nor through brain intellection. The first form of reflexivity is that which is applied as we grow. It is growth, taking shape and having a form that defines the being, the ego. It’s only because we have to grow that we have an “I.” Which means that we are an “I,” we have an “I,” just because we are born. And it doesn’t matter if we’re an orchid, an oak tree, a dog, a rabbit. Everything that lives is born and is an “I.”

What makes each of you an “I” — someone or something that needs to distinguish itself from the rest of the living and to affirm itself as different — is birth itself.
To question oneself about the metaphysical structure of the “I” means to question oneself about the form, nature, and sense of birth. In short, the science of the ego, psychology or egology, is the science of birth, or rather of nature, because nature, as we often forget, is the way of being of all that is born. It is only by asking ourselves about birth that we will understand why we have an “I,” and why this “I” is a universal fact, the most basic form, elementary, even if not spontaneous, of life. There is no life which cannot say “me.” There is no life that is not me. 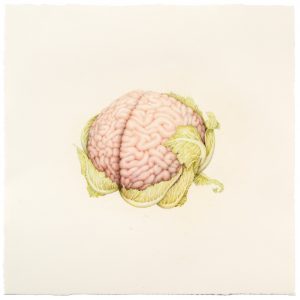