the analog mind is not dead.
the emerging songwriter and storyteller
uses vintage recording equipment
to bring back lost sounds to a digitalized scene

OLIVIER ZAHM — In the ’90s, my generation had very few fears. How do you feel about the future? Are you scared or indifferent?
ARSUN SORRENTI — Well, in ’80s and ’90s America — especially in places like New York City — fears were more based around things happening on the doorstep than they are today. The issues today have to do with the world changing on a global level. A big part of the issue is all these insane news sources, social media, and all of our political figures tweeting at each other [laughs], and that craziness makes all of the problems clump together. It’s hard to keep track. That’s why a lot of kids feel apathetic toward things.

OLIVIER ZAHM — Because it’s too much? Or it’s too confusing?
ARSUN SORRENTI — It’s deliberately confusing — people trying to confuse you through news and media. There’s all this coverage of all of these crazy situations going on. Meanwhile, we have one of our largest rain forests on fire — I mean, it’s still burning. And it seems like people don’t care about it that much. The G7 countries raised $22 million to help with those fires, but that’s nothing. For Notre-Dame, they donated a fortune. A lot of those things don’t get the press that they need.

OLIVIER ZAHM — So, what’s hopeful for you? Is music a refuge?
ARSUN SORRENTI — Well, I’m not going to say that I’m in a state of fear because I’m one of the lucky ones. I get to live in a pretty secure environment: I’ve got family, friends, a place to live, the whole thing. I’m extremely privileged, compared with a lot of people around the world, definitely — 100%. And for me to say that I’m taking refuge in music really isn’t totally true because I just write music as a way to tell stories. But I do feel aware that there are a lot of people around the world suffering, and I feel especially for animals. It’s a really bad state of the world right now.

OLIVIER ZAHM — And you have a vision for yourself — you love music. You’re very lucky to know what you want to embrace in life.
ARSUN SORRENTI — Yeah, definitely. I’ve been on my music path for the past 10 years. I started when I was 10, but then things really picked up at around 13. I started writing songs before eventually getting into recording equipment and electronics, trying to build studios, using a special type of gear to get the right thing, and hunting down stuff from the ’60s that I liked — because I like very specific types of music. And a lot of that music I like not only because I really enjoy the composition and style of the music, but also because I enjoy the style of the recording and all that goes into it.

OLIVIER ZAHM — But do you have hope? What would you like to imagine for the future?
ARSUN SORRENTI — Well, I mean, I can’t speak for a generation of people. Musically, I like old studio recordings. I’m more interested in the past. I like a lot of real analog instruments. I try not to go to the digital side of music much.

OLIVIER ZAHM — Does it resonate better in your brain when it’s directly recorded from a real instrument rather than a computer?
ARSUN SORRENTI — Well, I think that sitting down and really learning an instrument — and living with an instrument and gathering people who are really good at their instruments — brings an entire thing. It’s kind of like a painter who spends years painting — he gets his own style. That’s why I have a band filled with people who I’ve carefully chosen because I like their style.

OLIVIER ZAHM — And what inspires you to write your songs?
ARSUN SORRENTI — Songs are a really strange thing. I don’t really remember where they came from. I just kind of write it quickly and then forget, and then I just play it.

OLIVIER ZAHM — Do you use drugs for that?
ARSUN SORRENTI — No. I don’t really like drugs, generally. I took mushrooms and acid a lot in high school, and then I stopped. I started out thinking that it was an incredibly spiritual experience. And then I began to realize that all of the insight that I ever need can come from just myself, from those around me, and from my environment, and I don’t really need the drugs to gain that insight. So then I stopped doing them. I don’t use drugs for writing, and I really never have.

OLIVIER ZAHM — Do you use social media a lot?
ARSUN SORRENTI — I’m supposed to, for my band, but I really am not good at it. I just don’t find the time for it — I’m doing other stuff. It’s going to be interesting with younger people, how they grow up directly in it. I was slightly before it: Instagram didn’t come out till I was late into middle school, and I only really started using Facebook in high school to get homework from people.

OLIVIER ZAHM — Yes, you’ve seen social media arrive in your life. You weren’t born into it.
ARSUN SORRENTI — Yeah. Which is a big difference because a lot of kids are, and they know how to use it in ways that are very marketable and advantageous to push certain things — which I guess can be good or bad. Technology always comes around. Everyone’s always afraid of it, and everyone complains about it all the time, but there are a million people in this world who’re all using it in different ways, for good or bad, and it’s just another piece of technology in my eyes.

OLIVIER ZAHM — You don’t feel under any pressure to finish your first album, right?
ARSUN SORRENTI — No. Because every time I make a new song or play live, I just get better, so it’s kind of like: if it takes a while, it takes a while, you know? It’s all part of the journey. 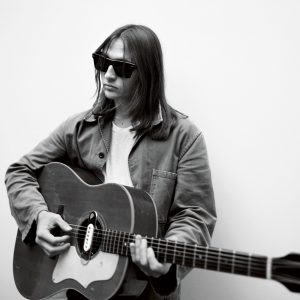 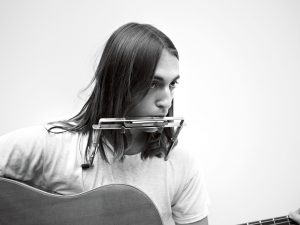