donatien grau is a french writer, art critic, and a curator at the musée d’orsay in paris. a long time contributor to purple, he is the author of plato in l.a., the age of creation; and taking time, with azzedine alaïa

For a long time, we felt the brain was the center of everything, that it was fixed and was merely a container. Memory was similar to a treasure hall, where objects of the highest value — the souvenirs that make our identity — were kept. We now consider all this to be old-fashioned beliefs that have little to do with what the brain does. The brain is dynamic; information is not stored to be unearthed (Freud’s metaphor of archaeology); memories keep being reinvented all the time. Neuronal transmission is not only based on knowledge or reasoning — the old concept of reason — but also follows the rules of sensation and sensitivity. It’s more interstitial, more connected, more plastic than we have long considered it to be. Since so much of our culture is based on the brain, this radical shift in its consideration induces a necessity to rethink its role and its potential.

The most accurate metaphor as to what the brain does is something it actually does: reading. The brain reads the text of the world. Here, we seem to follow quite traditional lines: reading, an act of reason, through which we take in the thought of all our predecessors. And yet, that would be a fairly limited understanding of what “reading” is and what meaning it actually conveys. “Reading” comes from a Germanic root, raedan, which means “to guess” and, at the same time, “to advise.” This ambivalence is fundamental, since it signals both self-governance — guessing — and contribution to the other — advising. The two are intrinsically connected. Reading signifies taking in information from the outside, but also interpreting it, with more or less certainty, and being able to make decisions based on it. Sensations, feelings, and thoughts are not disconnected in the concept of “reading.” One reads a mind, a hand, an inscription on a wall, a novel, a treatise of philosophy, a mathematical formula: the same word is used every time. This commonality of the different uses of the word signals a deeper commonality: reading is making sense of our world, and it’s what we do every day. Literacy is not just the mastery of an alphabet, which is only one of the many alphabets the world has produced; it is also a method of comprehending the rules of existence, which includes the acceptance of the un-understandable. When you read, you keep guessing, and you know that you are guessing. The more fluently you read, the more you need to be aware that you may miss one word. There is a reason why it’s easier to learn how to read at a younger age: because the literacy of the written text is the microcosm for the literacy of the world. For centuries, rulers used to be taught to read all the texts available in the canon of their culture, since it was held that those very texts would provide them with the tools to go into life and rule the world.

As literacy has spread all over our lives, all over the globe, as most of the inhabitants of the planet can read somewhat alphabetically, they are finding it harder than ever to find a path into their present and their future. It is time to draw all the conclusions from the limitations of legibility of the written text — this very written text we now constantly access and produce through the Internet. We are reading so much that we’re not aware that we read. We don’t think about it — we just do it. The activity of our brain is happening, without even thinking about it. And yet, the greatest challenge is to become aware of it again, and therefore, from the awareness, to take back control of our actions.

That is what some of the most ambitious books of our time — notably, Marcel Proust’s In Search of Lost Time — have aimed to recreate: the sensation of the activity of the brain as it reads. They are theaters of the brain. Proust famously wrote, “Every reader is, as he reads, the very reader of himself.” This is exactly what the brain does: it reads, and as it reads, it performs its unicity. Proust’s work is not merely about dukes and duchesses: it is also about the fading of a world of unawareness and the entrance into a world of self-consciousness. The Proustian subject evaporates, has no biography, and only exists in its haptic quality. Proust was not only a neuroscientist insofar as he provided the definition of perception closest to the results of current research — the embedding of thought and sensation; the ambiguous, fictional space of our lives, which is a major conundrum — but he also diagnosed the human condition of readers. The narrator reads everything: landscapes, books, lives, bodies, behaviors. All these forms of reading are equated: they are defined not by cultural conventions, nor exclusively by the text itself, but by their performative nature. They are actions. Proust states this new human condition in a book, thereby continuing the tradition of alphabetical literacy as metonymy for all forms of literacy, from the most mystical to the most physical, from the most abstract to the most poetic. Proust established that the text, the world, and life were one thing, without any separation between them.

This does not mean that books are antiquated; they are the primary material for the experience of the brain, not only because of their content, but also because of their physicality, their sensorial character. A book is not an intellectual experience: it brings together touch, smell, sight, and even hearing — the text we read to ourselves, the noise that prevents us from properly reading. Taste is often provoked by imagination. Books are fragments of the world, which we can only fully experience in the awareness of their fragmentary status. Once we comprehend how fragmentary they are, we are empowered to read them, connect facts, assemble the colors and the forms, look for reasons. We follow the many narratives of the world. 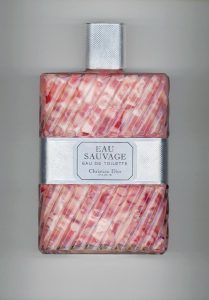