daphna joel, professor of psychology and neuroscience at tel aviv university, is the author, with luba vikhanski,

of gender mosaic: beyond the myth of the male and female brain (endeavour, octopus publishing group ltd, uk, 2019)

“Purple brain.” That was the title of an e-mail I received from the editor of this magazine. It was also the tentative title of a popular book about the myth of the female and male brain I recently completed. Purple is a mix between pink, the color that commonly labels a new baby’s sex as female, and blue, the color used to announce that the newly arrived human being is a male. My research has shown that human brains are typically mosaics of features that are more commonly found in women (pink) and features that are more commonly found in men (blue), so a purple brain seemed to be a perfect visualization of this principle. The reason I didn’t choose this title for the book was that the image of the purple brain misses something important about the mosaic — that it is different in every human being. We don’t all have the same purple brain. Rather, each of us has a unique mixture of “pink” and “blue” features.

The “Purple brain” e-mail was an invitation to write an article about the brain for a special issue of Purple magazine devoted to the brain — an issue that, according to the editor, “will bring together a wide range of contributors from the arts.” This editorial decision reflects the central position of the brain as a social entity no less, or even more, than a biological one. We look at the brain to find the truth about human nature — are we naturally good or bad, collaborative or competitive, feminine or masculine? We also hope that studying the brain will help us understand why our society is organized the way it is.

We have been turning to the brain for answers about ourselves and about our society from the beginnings of modern scientific inquiry in the 17th century. When scientists compared the skulls, and later the brains, of people from different groups, they used the findings to justify the differences that they saw around them — the inferior standing of blacks compared with whites, of the poor compared with the rich, of women compared with men. For example, the observation that the skulls of women are on average smaller than those of men was cited as evidence for the natural intellectual inferiority of women compared with men, providing a “scientific” basis for women’s inferior social status.

But what were scientists to do about the fact that whales have enormous skulls, larger than those of humans, including men? The solution was to announce that what really mattered was not the absolute size of the skull, but the ratio of skull to body size, which is smaller in whales than in humans. The problem was that this same ratio was found to be larger in women than in men. Rather predictably, no one suggested that perhaps women, after all, are the more intelligent sex. Instead, certain scientists pointed out that this ratio is also large in children and proposed that women’s brains fail to reach a mature human condition.

In the 21st century, the practice of using brain measures to explain societal order — including the division of humans into two genders — is still going strong. Differences in the structure, connectivity, chemistry, and function of the brain are commonly evoked to explain the different roles assigned to the two genders in our society and, by consequence, the various gender inequalities. Differences in the brain are supposed to explain why, for example, men, on average, earn more money than women (because men are “naturally” more competitive and aggressive) and why more women are the primary caretakers of their children (because women are “naturally” more empathic and nurturing).

What all these explanations have in common is the implicit, and therefore untested, assumption that brains come in two forms — female and male — just as human genitals almost always do. My research has shown that this assumption is wrong — human brains are rarely all pink or all blue. As I mentioned earlier, most brains are unique pink-blue mosaics.

This notion of a mosaic corresponds to what many of us already know about ourselves: that we are mixtures of traits, some of which are considered typical of women, others typical of men. This subjective feeling is backed by science — in our research, my colleagues and I have analyzed psychological characteristics in more than 5,500 individuals and found that most possessed a mosaic of both “feminine” characteristics (that is, those more common in women, compared with men) and “masculine” ones; people possessing only feminine or only masculine characteristics were extremely rare.

The mixing up of female-typical and male-typical features comes about because of a surprising property of the brain: it turns out that sex-related factors (for example, hormones like testosterone and estrogen) don’t always affect brain structure and function in the same manner. Rather, their effect depends on other factors, including environmental conditions. Studies in laboratory animals show that a brain feature that’s typical of females under one set of conditions (for example, being housed alone in a standard laboratory cage) might be more typical of males under another set of conditions (for example, sharing a cage with several other animals).

This means that the structure of your brain is the result of multiple interactions between many variables — including those related to sex — from the time you were in your mother’s womb to the current day. These interactions are so complex that they not only make your brain unique, but also make it impossible to predict in what way your brain is similar to or different from someone else’s — regardless of whether this someone is female or male.

The realization that our brains are mosaics of female-typical and male-typical features undermines the very question about “women’s” and “men’s” natures. If each person is an individual mosaic of features, some more common in females and others more common in males, then there is no such thing as a male or female nature. The true nature of the brain is that it’s highly variable and that it’s constantly changing.

I wouldn’t count on this debunking of the myth of the male and female brain to automatically produce a dramatic change in our gendered society. History teaches us that this myth is extremely persistent; it can always be reformulated to accommodate new scientific evidence. But I do hope that understanding that we are all unique mosaics of features will help us realize the absurdity and harm of dividing human beings into two genders, as our society currently does. Gender is a social system that attributes meaning to the form of our genitals. It dictates different social roles, expectations, preferences, and activities for humans with female and male genitals. In effect, it squeezes the endless number of human mosaics into two boxes — boys and girls, women and men.

There are societies in which straying from your gender “box” is fraught with danger. In some countries, women are not allowed to drive or even leave their house without a male relative. In too many countries, including Western ones, individuals who behave in a way considered gender-atypical may suffer violence. But all too often, even when no risk is involved, we avoid tasks that cross the line of our gender stereotype, such as hanging up a picture or baking a cake.

My vision is therefore of a world with no gender — a world in which the form of one’s genitals carries no social meaning. In this world, sex is just a term to describe one of our physical characteristics — like height, age, or the color of our eyes — but it is not used to divide humans into groups and treat them differently. I do not know whether in such a world there would be group-level differences between humans with female and male genitals — but I can assure you that in such a world we simply wouldn’t care. And why should we? If you love boxing or if your child enjoys knitting, would you care whether these hobbies are more common among humans with blue or brown eyes? Surely not. So why care whether they’re more common among humans with female or male genitals? 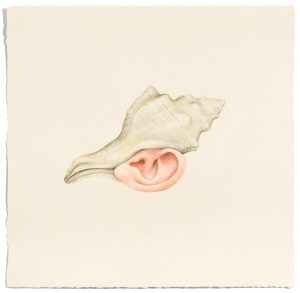