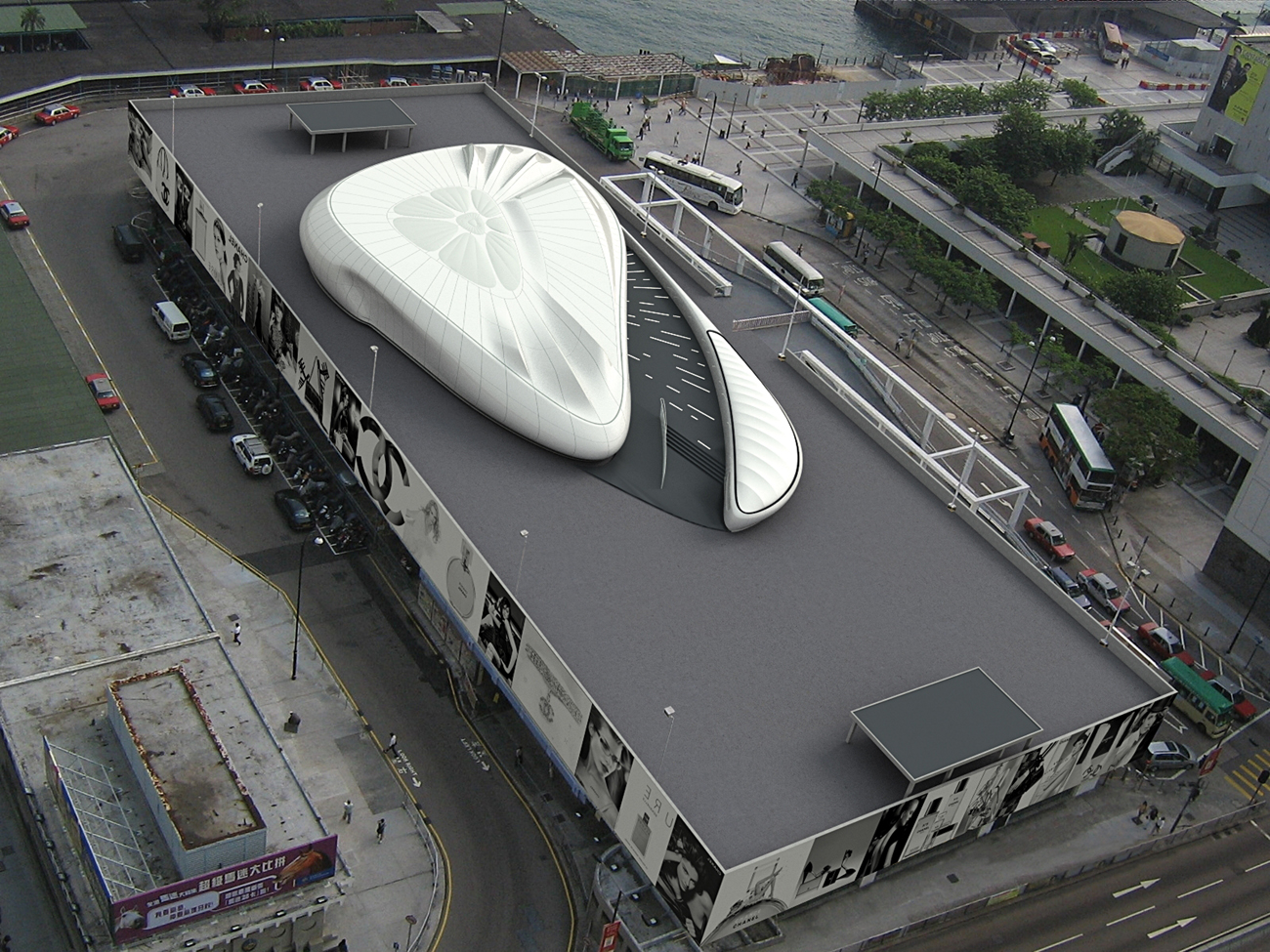 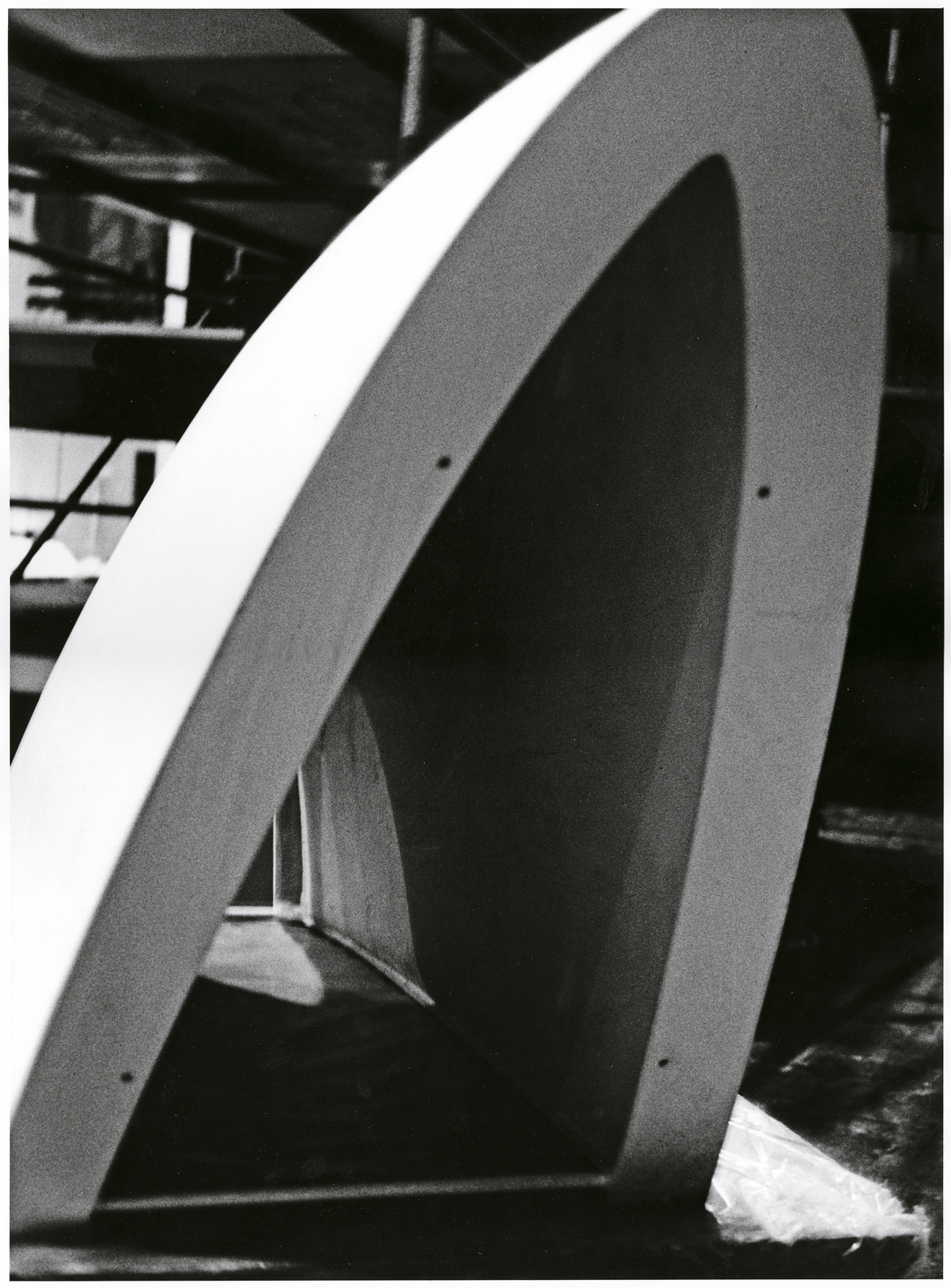 One of the 388 arch-shaped panels under construction, shot by Karl Lagerfeld 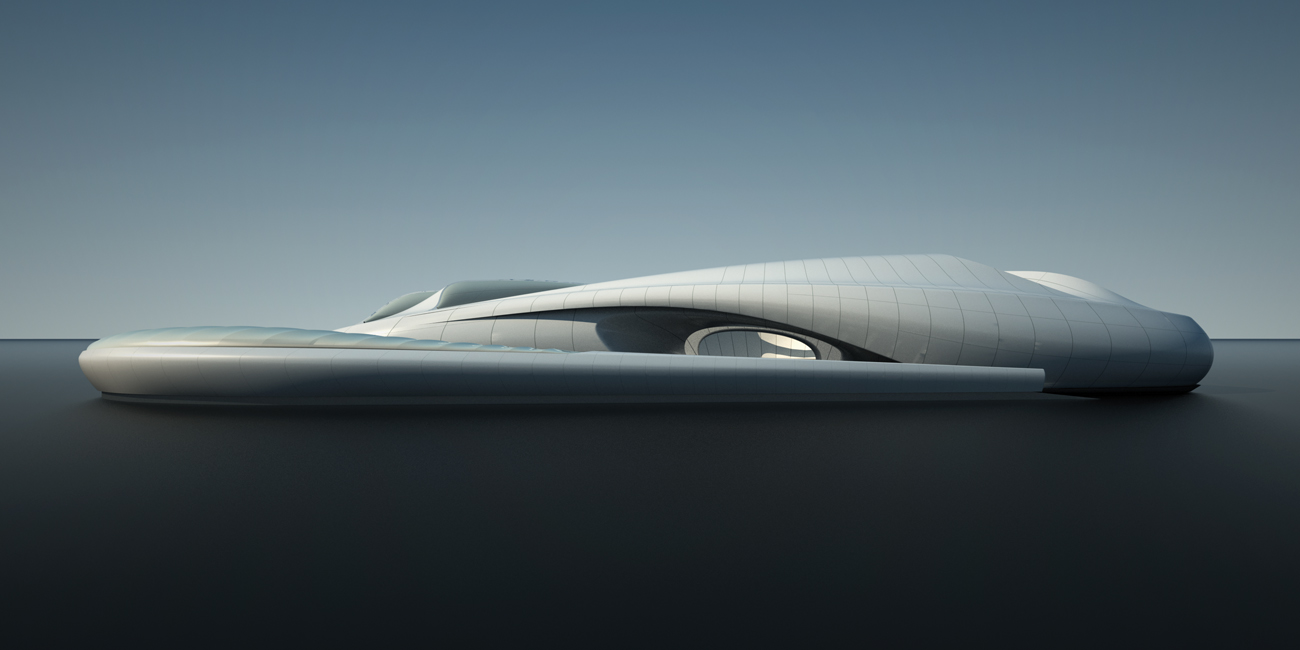 A virtual view of the structure, by Zaha Hadid Studio 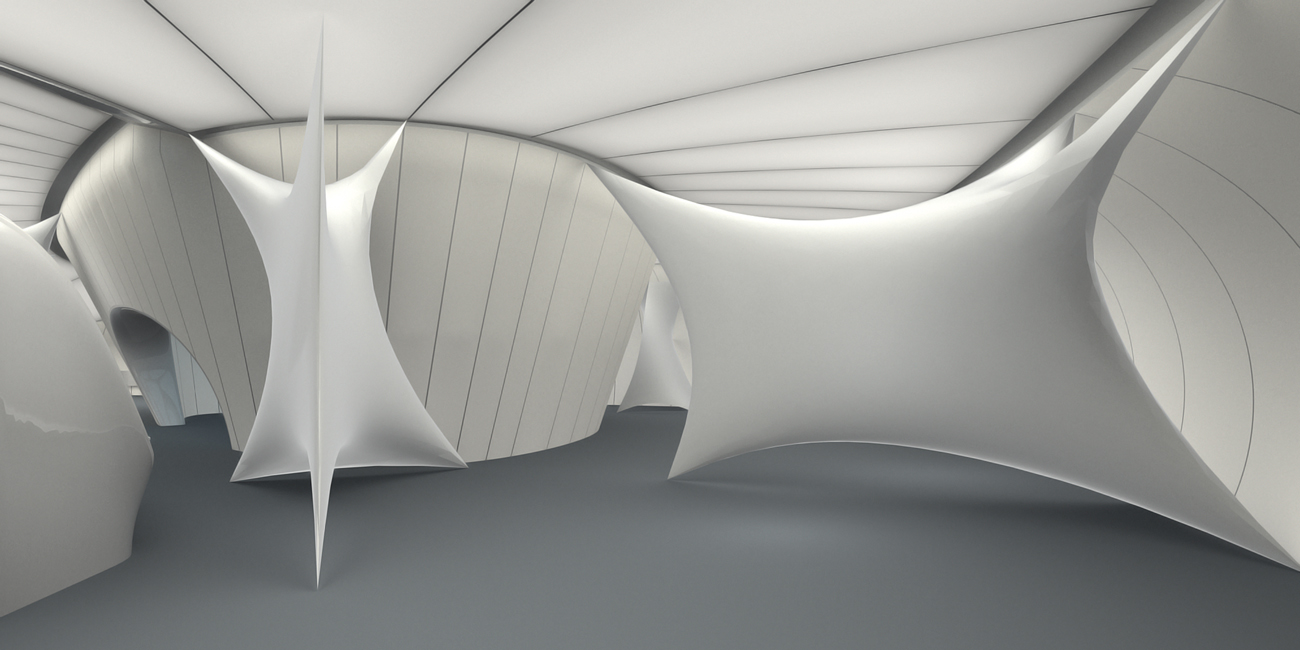 A virtual view of the inside of the pavillon, by Zaha Hadid Studio 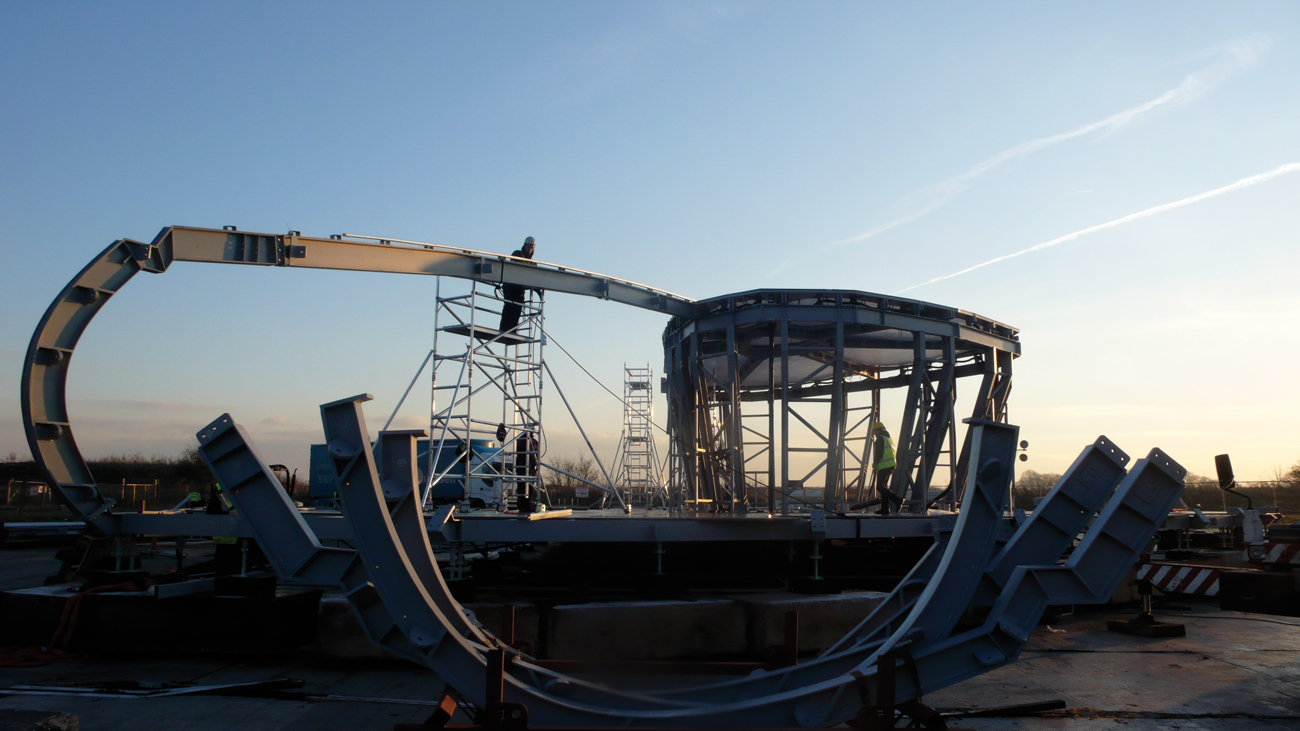 A view of the structure under construction in Yorkshire, U.K.

The stiff competition between fashion corporations looking for creative alternatives of communication led Karl Lagerfeld to taking Chanel into avantgarde architecture. His new project fuses art and architecture with the essence of Chanel’s cohesive, innovative design, and houses the result in futuristic mobile architecture. Zaha Hadid, born in Baghdad in 1950, was commissioned to design an original structure to express the cultural vision and artistic ambition of Karl Lagerfeld, with Chanel’s design style in mind.

Zaha Hadid is known for pushing gravity-based, ornament-free modernism, and the decorative surfaces of postmodernism, through the vanishing point into the disruptive warping of cyberspace.

The structure’s organic exterior is a continous surface like that of a conch shell, with a fluid connection between the roof, walls, and floor, similar to boats, planes, and spaceships, and is an intentional reference to Chanel’s quilted purses. A series of 388 light-weight, arch-shaped panels can be easily disassembled and transported from city to city. It offers 700 square meters of interior space, a 65 square meter covered courtyard, a 128 square meter terrace, and a ceiling six meters high. This glazed ceiling allows the space to be climate controlled, and the reflective exterior panels allow the structure to be lit differently in Hong Kong, Tokyo, New York, Los Angeles, London, Moscow, or Paris. The interior looks like a technological seashell — an alabaster cocoon, drawing visitors through an exhibition curated by Fabrice Bousteau — and challenges the traditionnal white cube environnement. The show is conceived as a “3-D film” mixing images, sounds, videos, and installations from international artists including Sylvie Fleury, Fabrice Hyber, Nobuyoshi Araki, Yoko Ono, Wim Delvoye, Stephen Shore, to name only a few. A ambitious and beautiful project. For Zaha Hadid “the Pavillon is a kind of  total artwork, transforming itself on its different trips around the planet.”