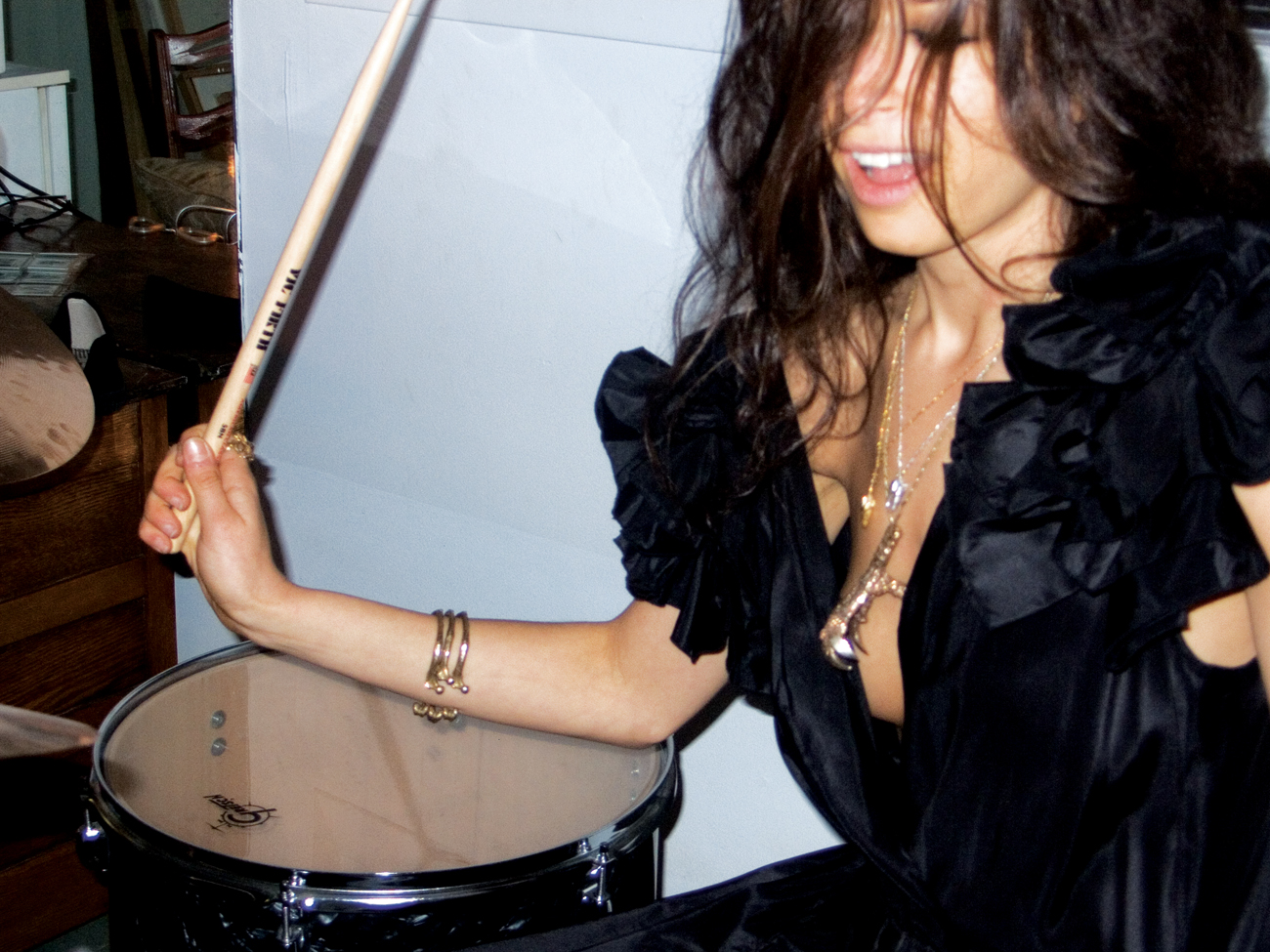 Artist Pamela Love enjoys dissecting the dead. Edgar Allen Poe was an influence. So were her dentist grandfather, her surgeon father, and her psychiatrist mother. They weren’t that alarmed when young Pammie dug up her pet frogs, fish, and hamsters two weeks after their burials to see how much they had decayed. Nor did they mind when she did volunteer work at a Florida camp and, filled with dreams of becoming a plastic surgeon, painted pictures of children there who had cranial facial deformities. But they weren’t so easygoing about her Neil Young and punk infatuations or her guitar and drum lessons. Or her decision to leave her Ivy League school to study film at NYU.

Love ended up winning an award for RSVP, an art film that featured a half-man/half-chair and a half-horse/half-woman. “People kept saying, ‘You must like Matthew Barney,’ ” she frowned, puckering her full lips. “But I was really influenced by the Chilean cinematographer, Alejandro Jodo-rowsky. He’s my hero, along with Jan Svankmajer.” Jodorowsky experimented with psycho-magic and the Tarot; Svankmajer — a master of animation — is known for surreal videos in which body parts tear away and join together as though making love during the sequences of a flip book.

Love, a 25-year old Brooklyn native, paints, sculpts, directs films, styles fashion shoots, plays drums in a band, and refuses to be locked in a box. 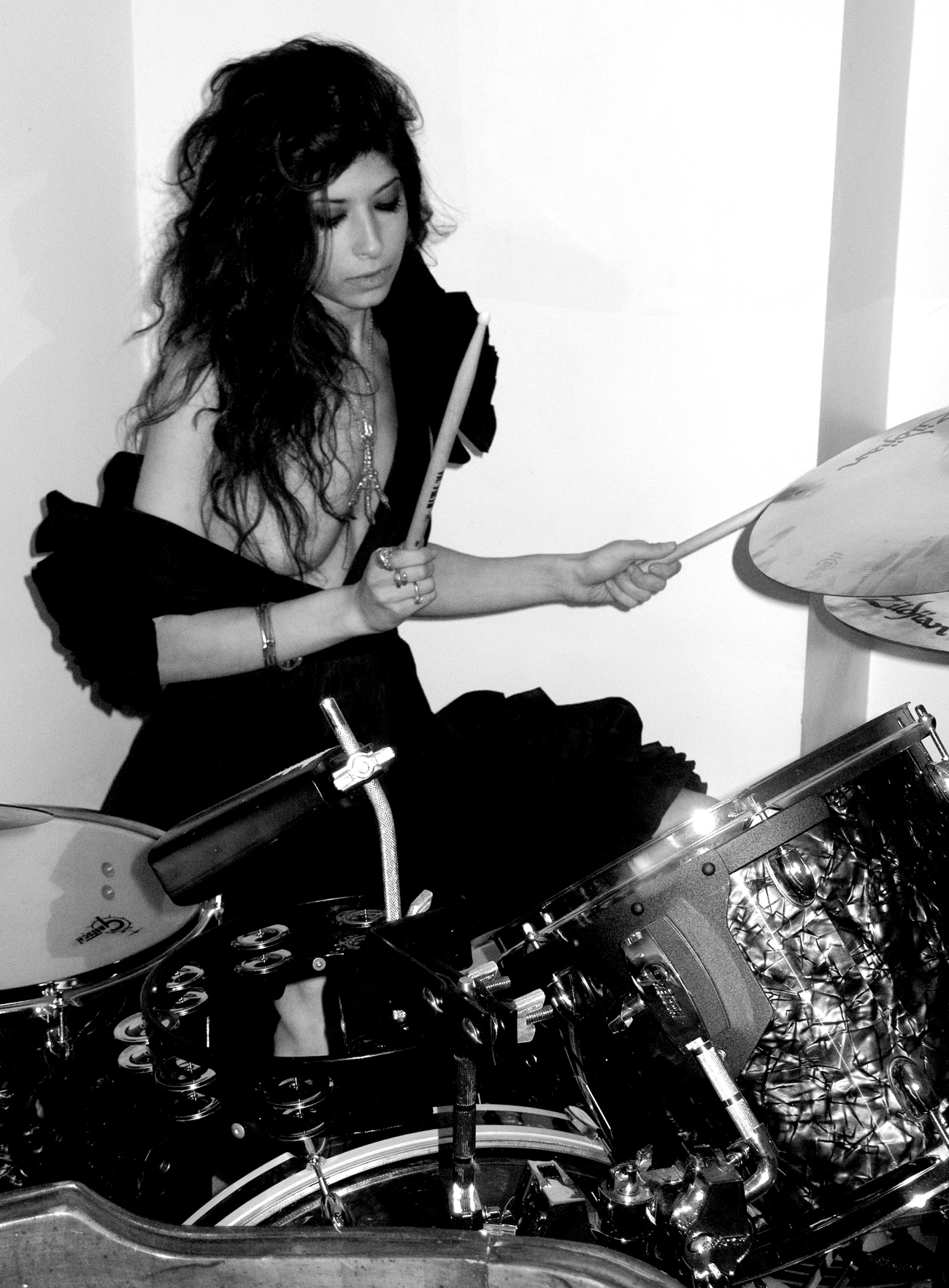 Her eponymous jewelry line could be thought of as souvenirs from one of her digs through the wilderness. Consider the brass, gold, and silver eagle claws hanging from chains. They’re based on authentic bird parts she bought from hunters she met upstate. Or the deer teeth: she plied molars from a deer jaw purchased in a downtown shop and used them to create the molds. “They’re more elegant looking than human ones,” Love smiles. She anticipates a peacock ring with stones and feathers. It could be seen as the descendent to a locket she once wore that held feathers of her pet parakeet, Polly, as well as a photo of said bird. (Love refused to clip Polly’s wings and let her fly around the house.) There’s also a necklace featuring a bird’s cranium, and soon there’ll be another using a ram’s skull with diamond eyes.

“Since so many of my family members were in the medical profession, I was drawn to astronomy, biology, and anatomy.” She’s also inspired by artist Franceso Clemente, whom she currently assists in the studio; surrealist collage artist Joseph Cornell; Kristin Calabrese, a painter who explores the chaos of space and texture; and New York abstract sculptress Lee Bontecou, who hung abstract sculptures on walls like paintings. “She moved out in the woods upstate and worked there for thirty years, creating in a vacuum, without the bullshit of the art world.”

Perhaps it’s no accident that Love (a word easier to pronounce than “Swerdlovetzky,” the name
of her Russian Jewish relatives who passed through Ellis Island) embraces several artistic mediums in her work. “Music influences my painting; painting influences my jewelry.” Her mother’s Czechoslovakian family survived Auschwitz, a subliminal genetic cue, perhaps, to embrace the freedom of life.

“I could do anything in the arts. But jewelry is so personal,” she told me. Then, quoting musician Grace Slick, also a painter, Love added, “It’s not, however, a good idea to get me to do your taxes.”