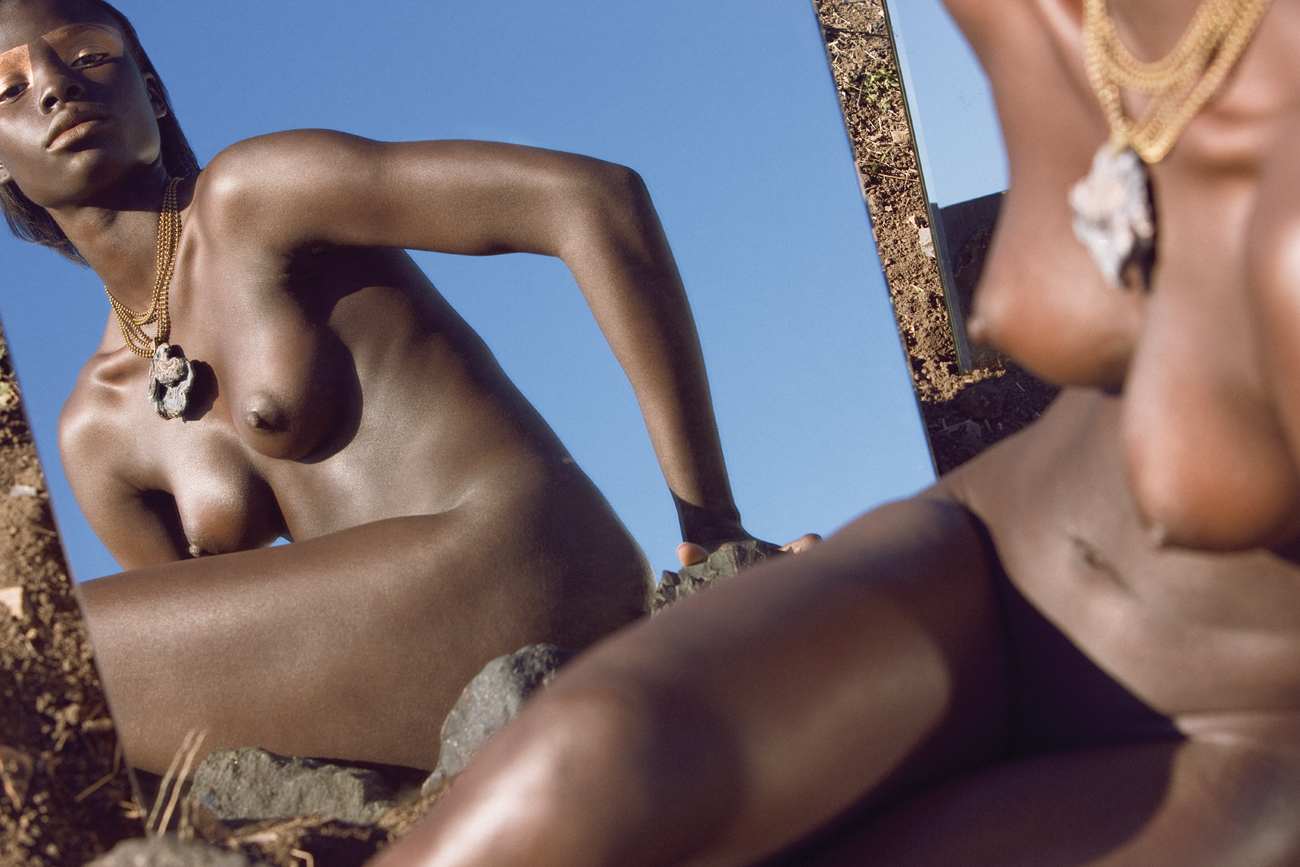 You’re standing poolside at one of those improbably cool L.A. cocktail parties. A woman walks in with what looks like a blue vagina hanging from a rusty chain around her neck. What do you think? She’s a feminist provocatrice? An artist? Just some whacko who happened to be driving by and dropped in for a quick drink?

In all likelihood, she’s a little bit of all the above. But one thing’s for sure: she’s got balls, taste with-a-capital-T, and a budget as big as the Ritz. And she’s been shopping at Barneys or Colette. With a bit of luck she might even be Liz Goldwyn herself, the creator of said libidinous bijoux.

You won’t need an intro-duction. Tall, rangy, impossibly pale (for L.A. anyway) with wide vermillion lips that form twisted loops when she smiles, Goldwyn is one member of Hollywood royalty. Liz is her own poster girl: a walking, talking model for the sort of independent, inspired and inspiring woman who appreciates the kind of films she makes (about ex-burlesque strippers), the kind of clothes she curates (power glamour vintage for Sotheby’s, for whom she established the American costume department), and the kind of jewelry she creates. Assembled from vintage copper and brass links carefully hand-selected over many years of collecting, and oversized agate conch-shell stones from Israel that have a habit of undulating into lapidary labial folds, her rock-chick chic rocks are erotically fossilized statement pieces.

“I’m not interested in creating fashionable jewelry,” says Goldwyn from her cell phone, pulled over off a highway somewhere in her home town. “They’re all one-offs. Unique pieces.” Indeed, a single necklace may be hand-assembled from copper, brass, gold, or enamel links from the 1940s, ’60s, and ’70s, mixed and matched by the designer’s eye. There’s something of the old tradition of artist-made jewelry in Goldwyn’s work. Think Calder, Cocteau, or even Kiki Smith. And something about authenticity, individuality, and aesthetic daring. For the woman who needs more than just a logo on a bracelet to make her feel good.

“Someone at Barneys told me about a woman who was getting a divorce. She came into the store, bought a bright orange Versace dress, had her hair chopped off, and then bought one of my oversized pendants. Now that’s the kind of woman I want to be wearing my stuff,” laughs Goldwyn, before driving off.