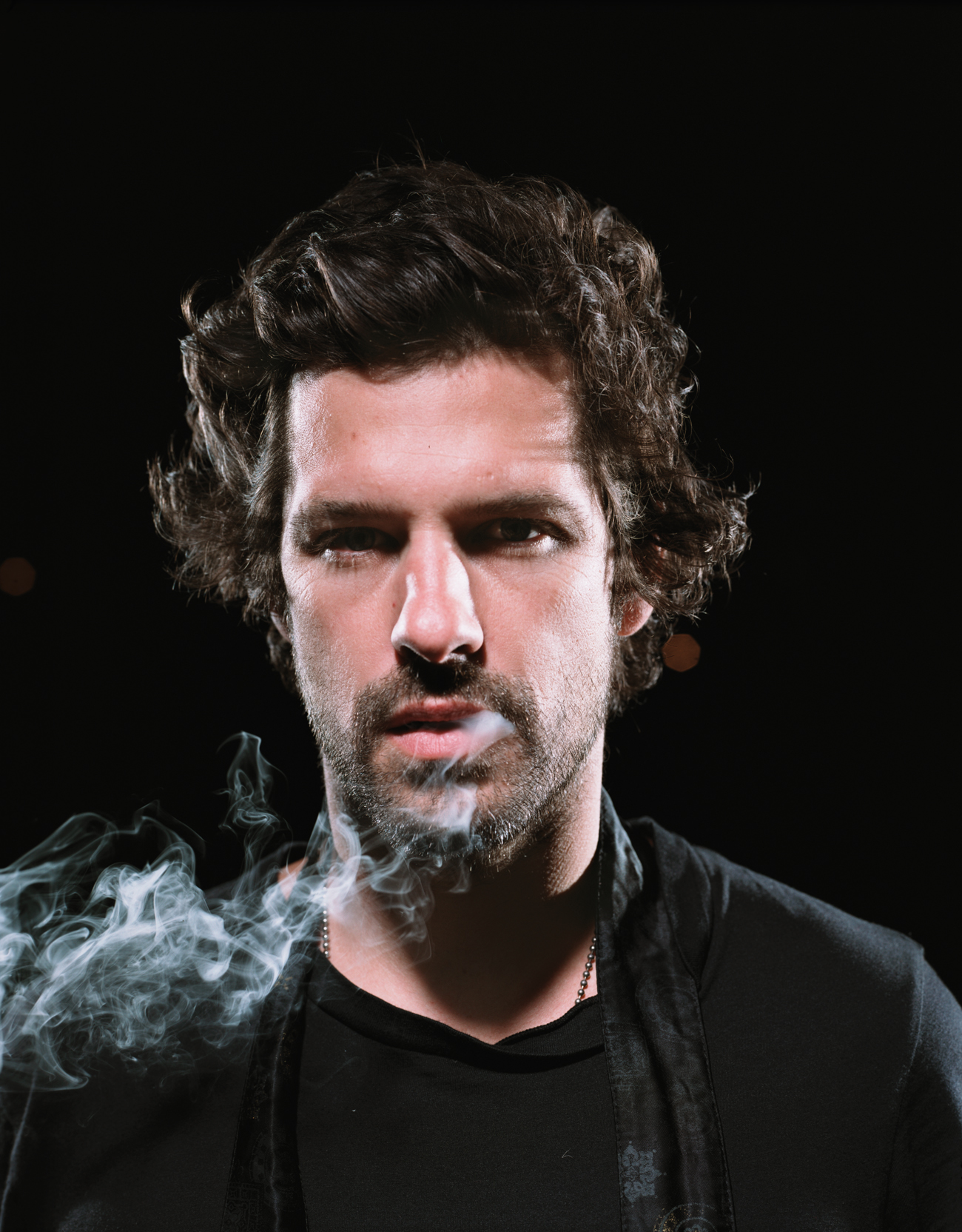 It looked like a movie set leftover from Thunderdome. A Thunderdome produced by Tom Ford and starring Aaron Young as Mad Max, that is. A dozen or so Japanese motorcycles spun out on a plywood rectangle the size of a small football field, scraping off its jet-black surface with their screeching back tires. The room filled with the fumes and echoes of revving motorcycle engines frustrated by locked brakes. The din at the height of the throttling sounded like 750ccs screaming out for their mommy. A cloud composed of motorcycle exhaust and smoke from burnt rubber wafted up toward the spectators in the mezzanine, some of whom wore gas masks. When the smoke cleared, a jumble of squiggles and circles — layers of fluorescent yellow, orange, pink and red paint — was revealed, contrasted by the areas of the midnight topcoat the bikers had left unscathed. 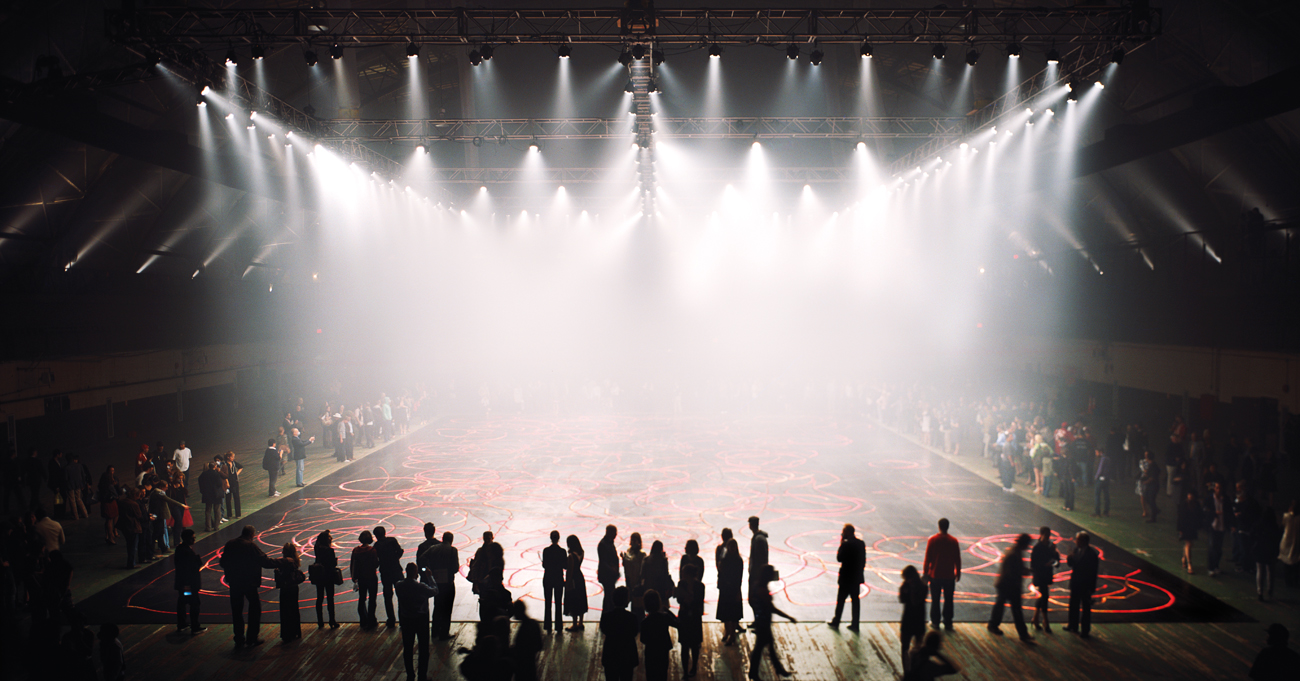 At the conclusion of the ten-minute spectacle the onlookers decamped from the safety of their perch and surrounded the perimeter of the massive canvas to inspect the newly inflicted damage. The image of a crowd gathered around a giant creation of uncertain significance was my personal favorite of the night, one stuck somewhere in the pop culture void between Close Encounters of the Third Kind and an Andreas Gursky photograph. The painting itself reminded me of Matthew Barney’s meditation on deforestation, Scab Action, mixed with the in-your-face manliness of a Richard Serra spiral. The New York Times didn’t quite dismiss the happening altogether, but did take offense at its alleged lack of profoundness. Really though, what else could the newspaper say about a relatively unknown artist painting on this grand a scale so publicly, and with such transparency? Young’s willingness — maybe even his hubris — to show his process, and its relative ease, only sets him up for potshots. As we do to modern-day magicians, we turn on those people who fail to deliver adequate mystery along with their feats of daring.

The project, which was actually co-sponsored by Sotheby’s and produced by the Art Production Fund, was named after Greeting Card, a transitional drip piece by Jackson Pollock. As I sat watching Young’s Greeting Card unfold, I thought not of Pollock, but of Marlene Dumas, who once told me that to draw something is to show its resistance, whether it be skin against flesh, a flag in the wind, or a creation that butts up against the parameters of the establishment.

Aaron Young is working on another iteration of his motor-cycle art, and has proposals pending at The Prada Foundation in Milan and elsewhere in Europe. He plans to use only a single rider whose bike will burn out over a mirrored floor and ceiling. Picture it: Black rubber burnouts to infinity.