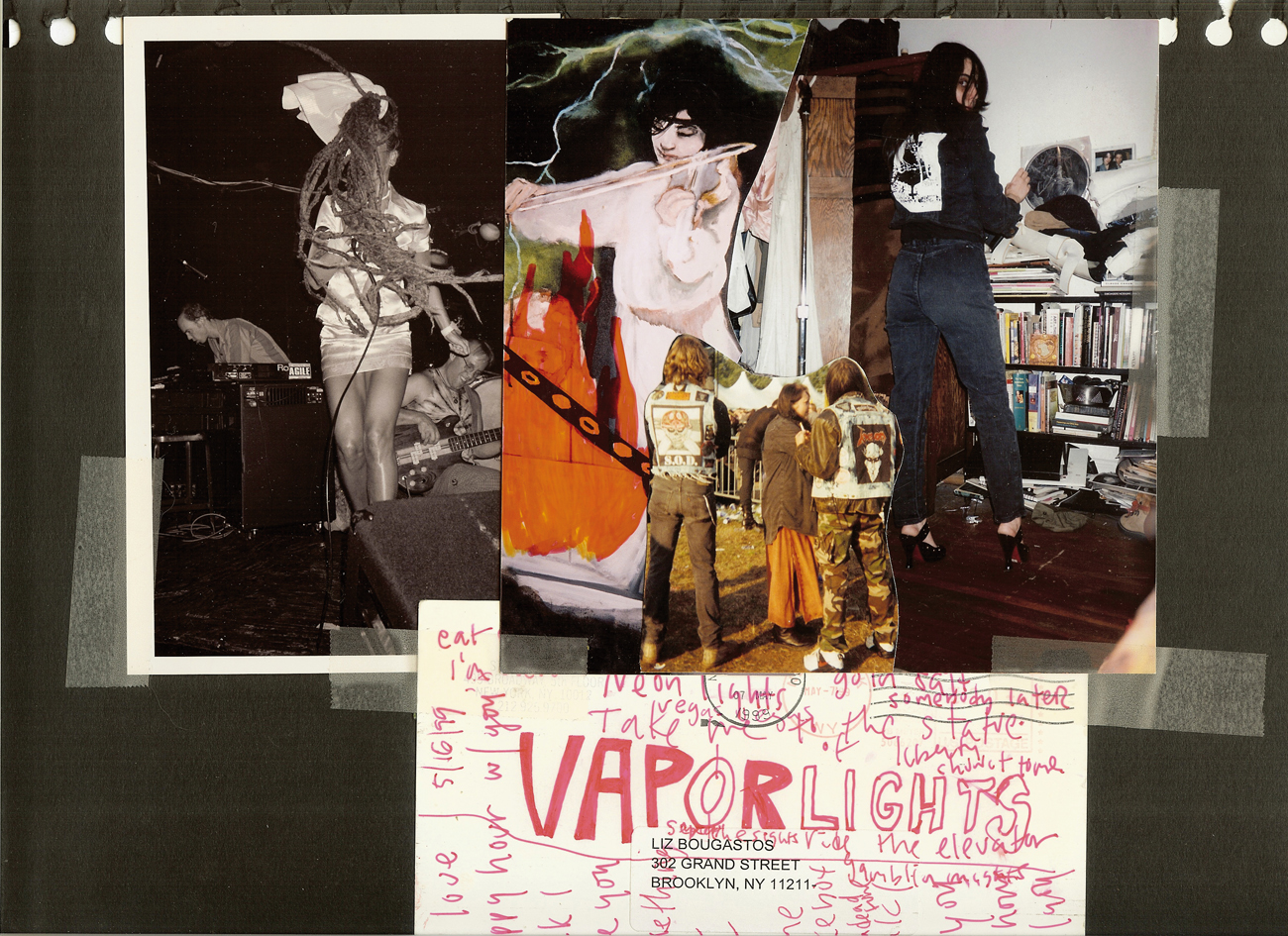 LIZZIE BOUGATSOS is a musician and a visual artist — more specifically, she’s the singer/percussionist for the experimental band Gang Gang Dance, and a collager-performance-sculptor-installation artist.

According to Bougatsos, Gang Gang Dance “would get together on stage unrehearsed and be the most unconventional band we could be. That’s the root of experimental music.” Her voice has been described as “phantomlike,” and the band’s music like bits and pieces of sounds pieced together to create cinematic effects. Gang Gang Dance evokes different moods spontaneously — live. Lizzie’s most recent art exhibition, Street Feather, featured a human-scale birdhouse modeled after one she saw on Avenue C in Manhattan’s Lower East Side, and assumed had been made by a homeless person. She bases her art on similar sorts of recognitions and personal experiences — things she comes across and reacts to. Even her style grew out of such associations: her gypsylike way of dressing in layers relates to her music, as do the collages published here, which piece together textured layers of images, drawn from personal association, memory, and thought. 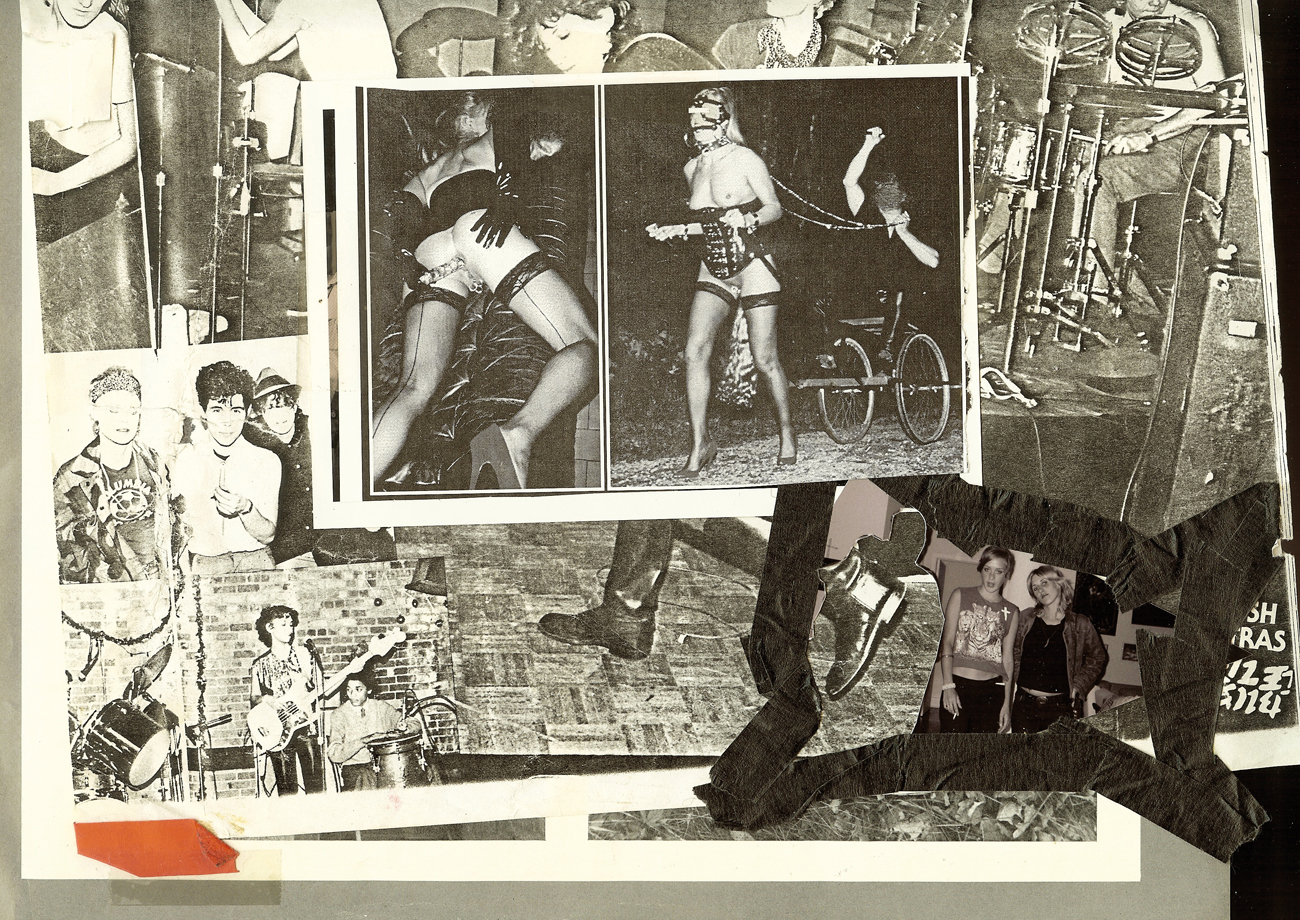 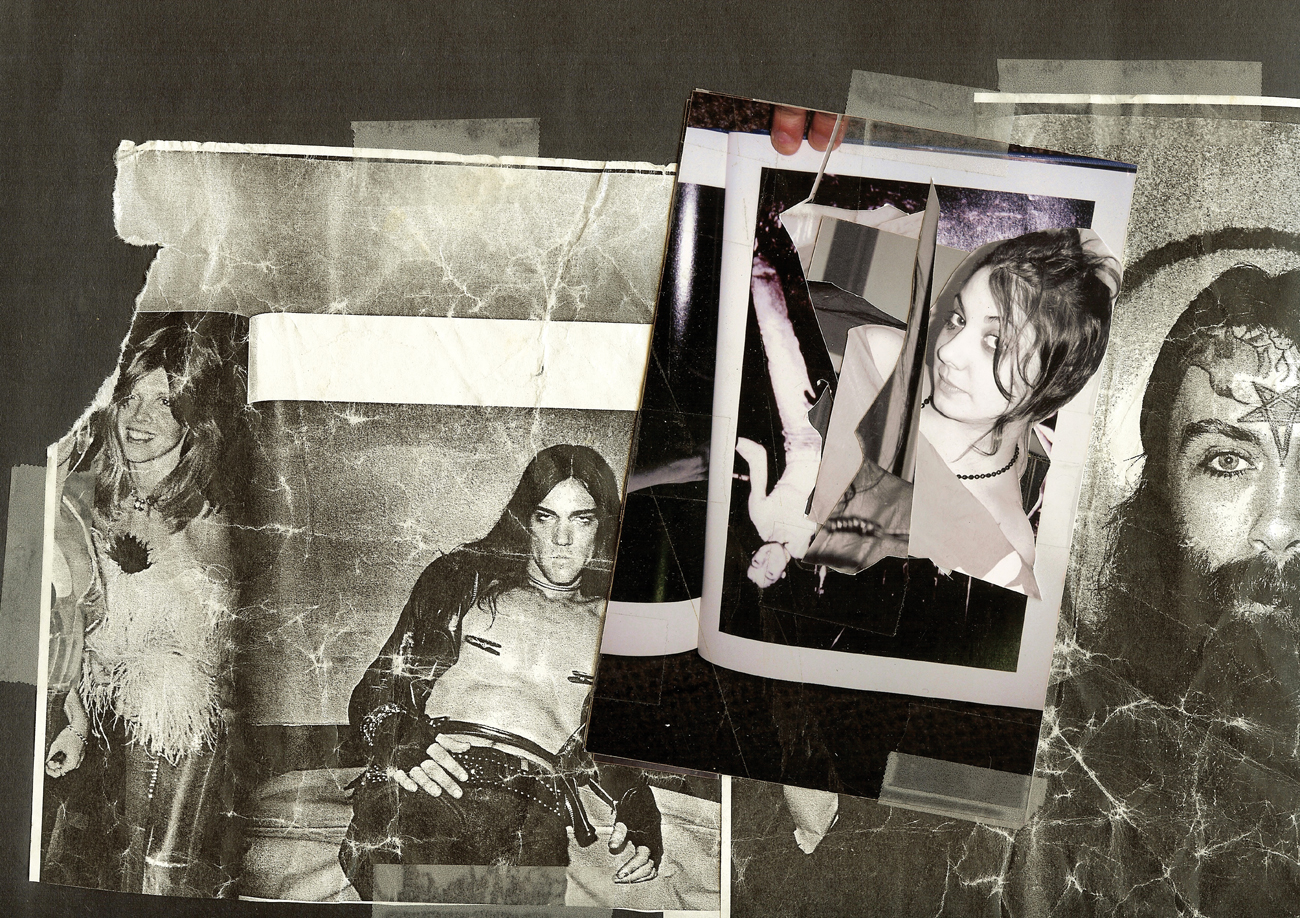