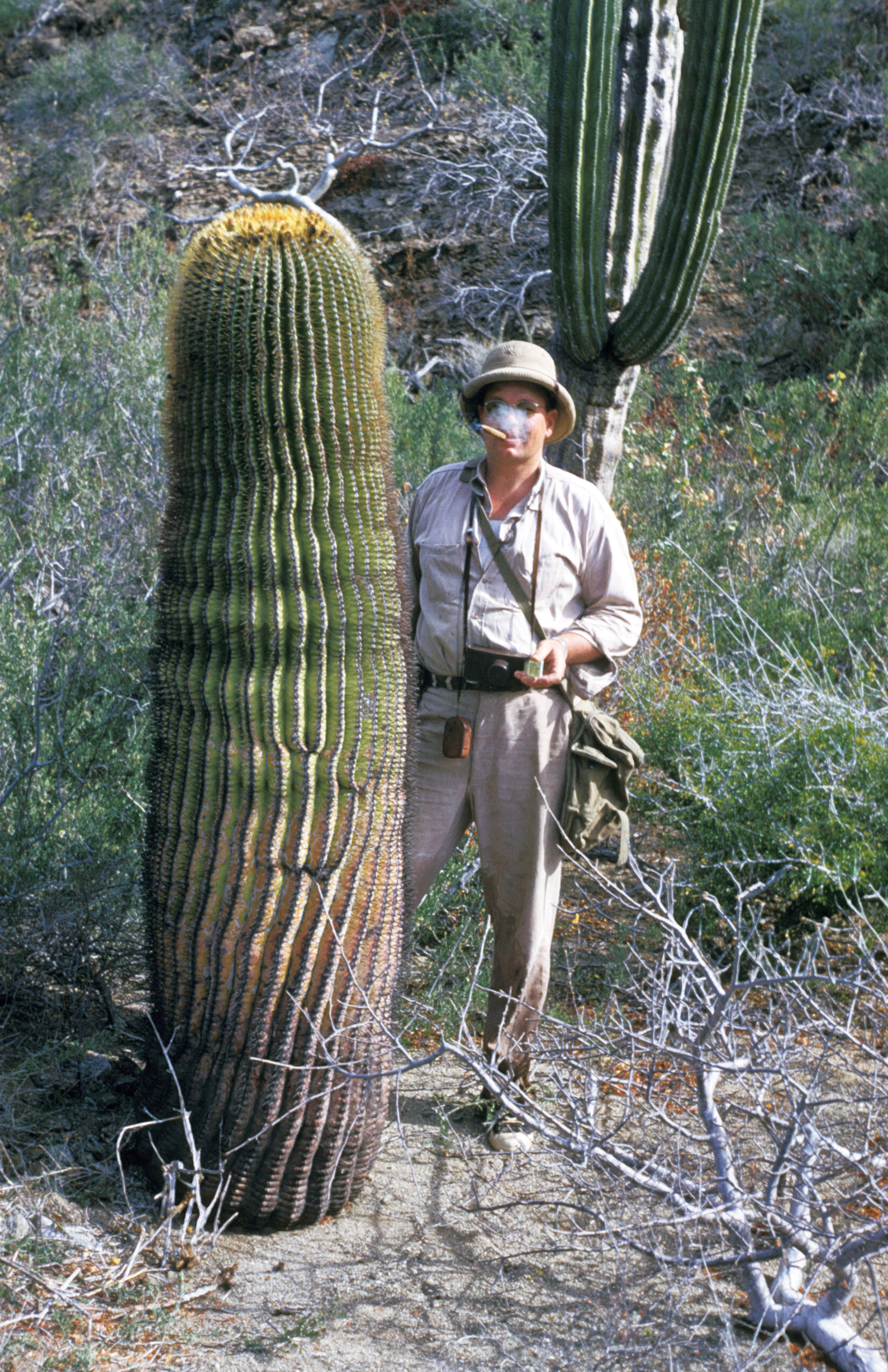 From the book Xerophile: Cactus Photographs from Expeditions of the Obsessed, edited and designed by Cactus Store and Help Ltd., published by Hat & Beard Press, 2017 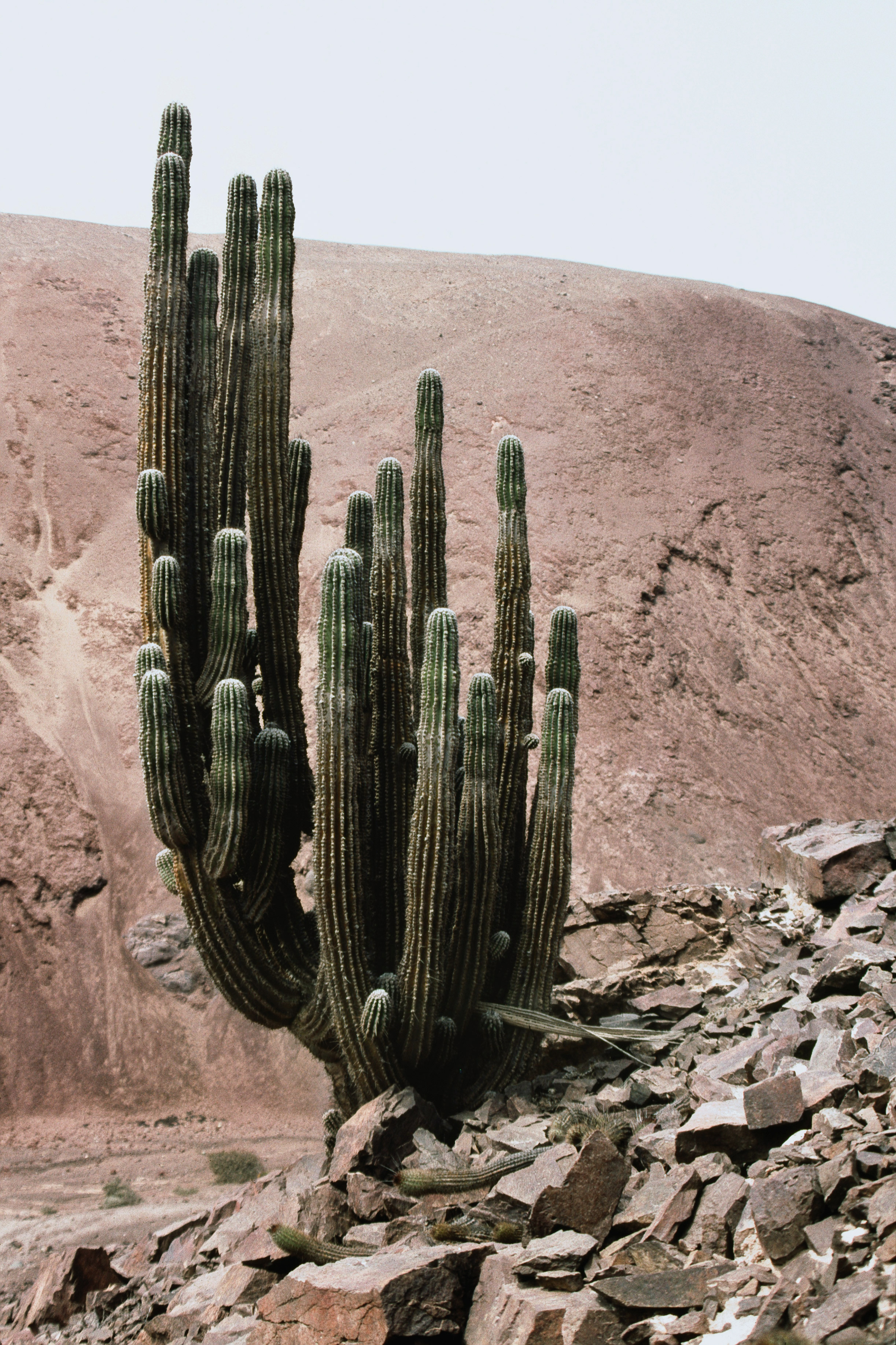 Since the 1930s, Southern California has been home to a rich network of cactus and succulent clubs, societies, and shows. Evidence of this history is stored away all over the Southland — go to a longtime cactus collector’s garage, and you’ll likely find shoe boxes stuffed full of old succulent newsletters and magazines, stacked up next to the Christmas decorations and boogie boards. 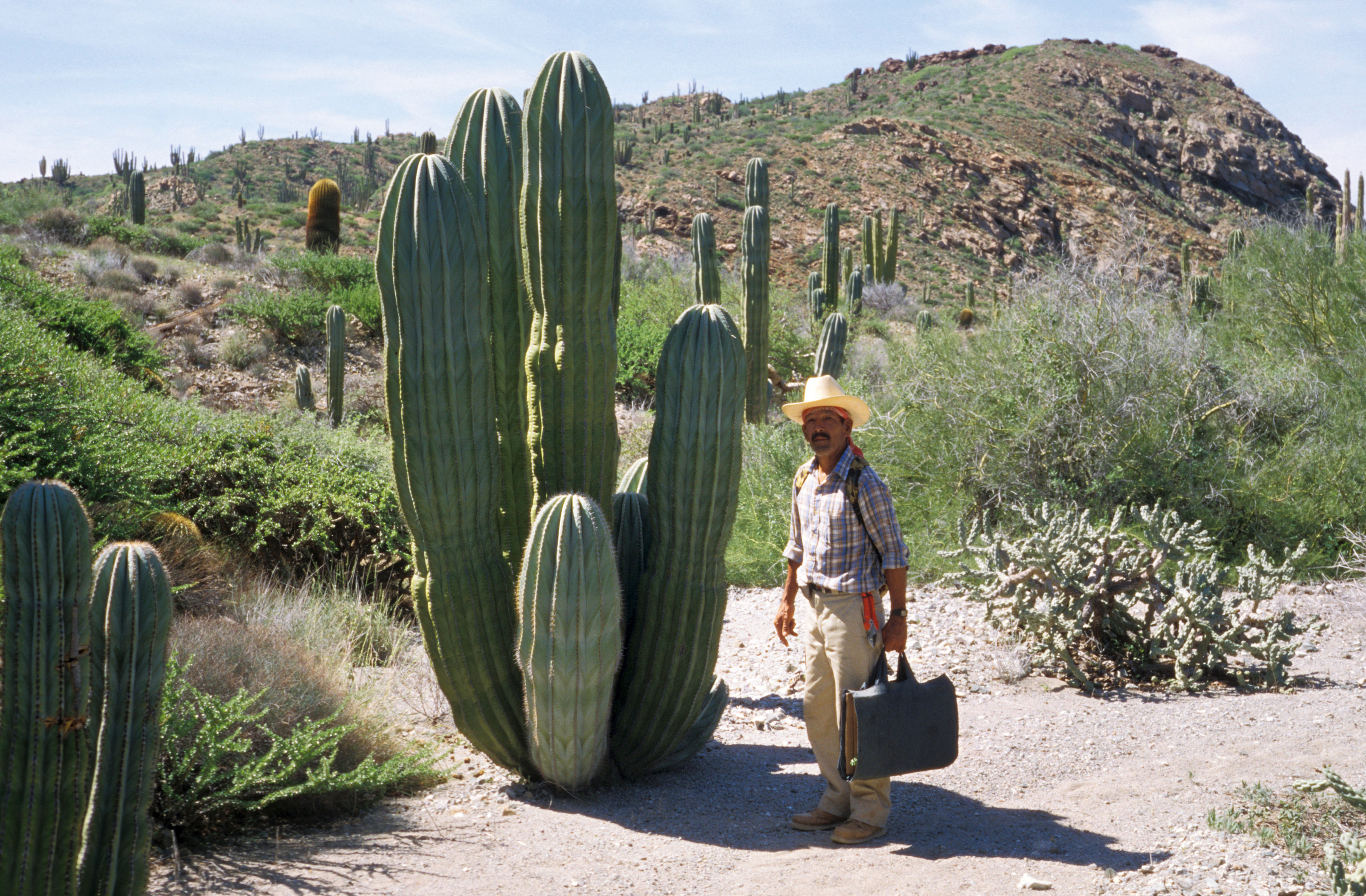 Bargain bins at cactus shows in the Valley can yield issues of the Czech journal Kaktusy, from the 1980s, out-of-print books on the euphorbias of Africa, or a hand-typed field guide to the cacti of Baja. To us — members of a younger generation of collectors accustomed to relying on the resources available online — this printed material was a fascinating relic, a view into a past world. After opening the Cactus Store, in Los Angeles, we became increasingly captivated by this material. We acquired what we could, and as our library expanded we were continually struck by a certain type of photography that we weren’t accustomed to seeing. 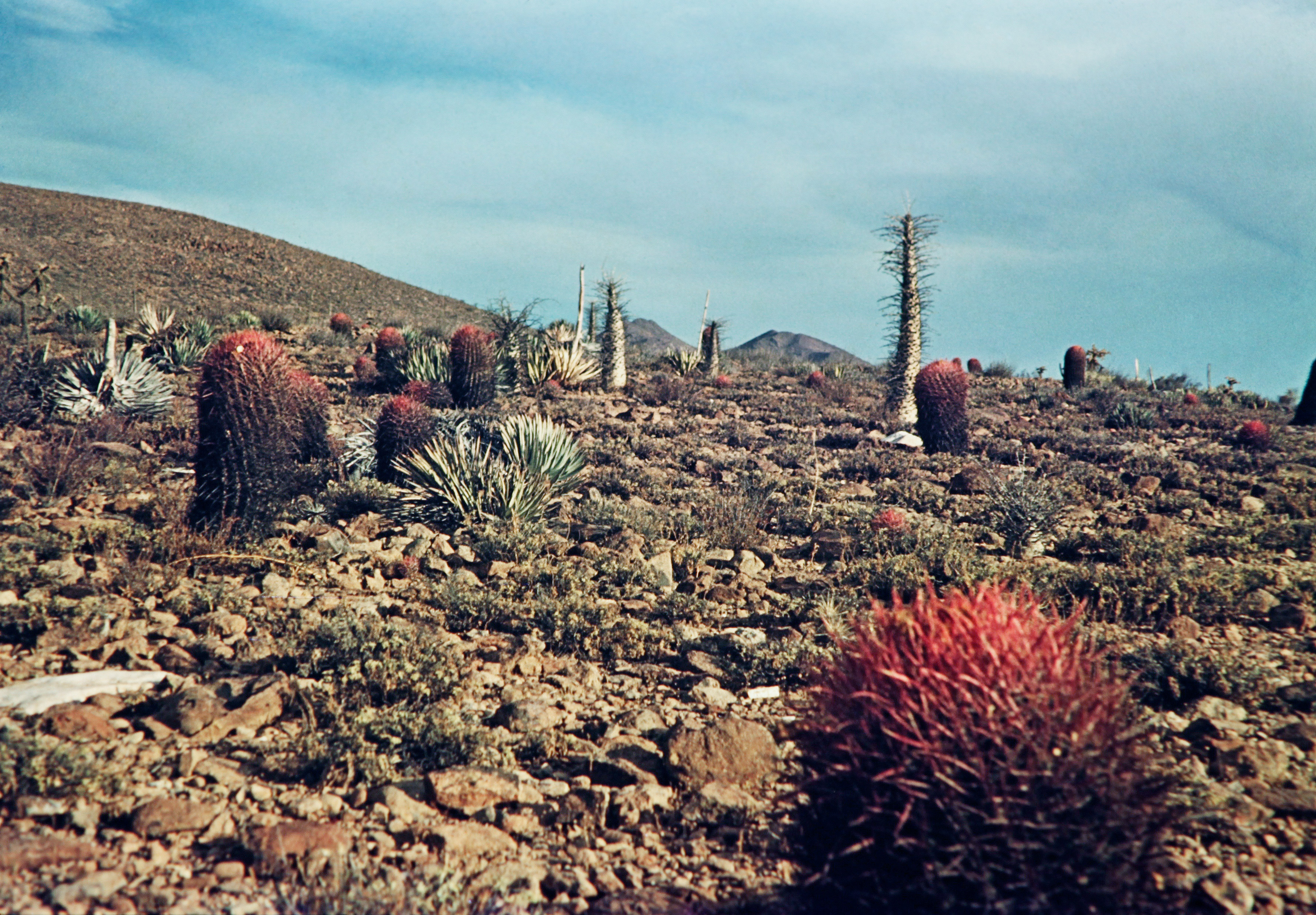 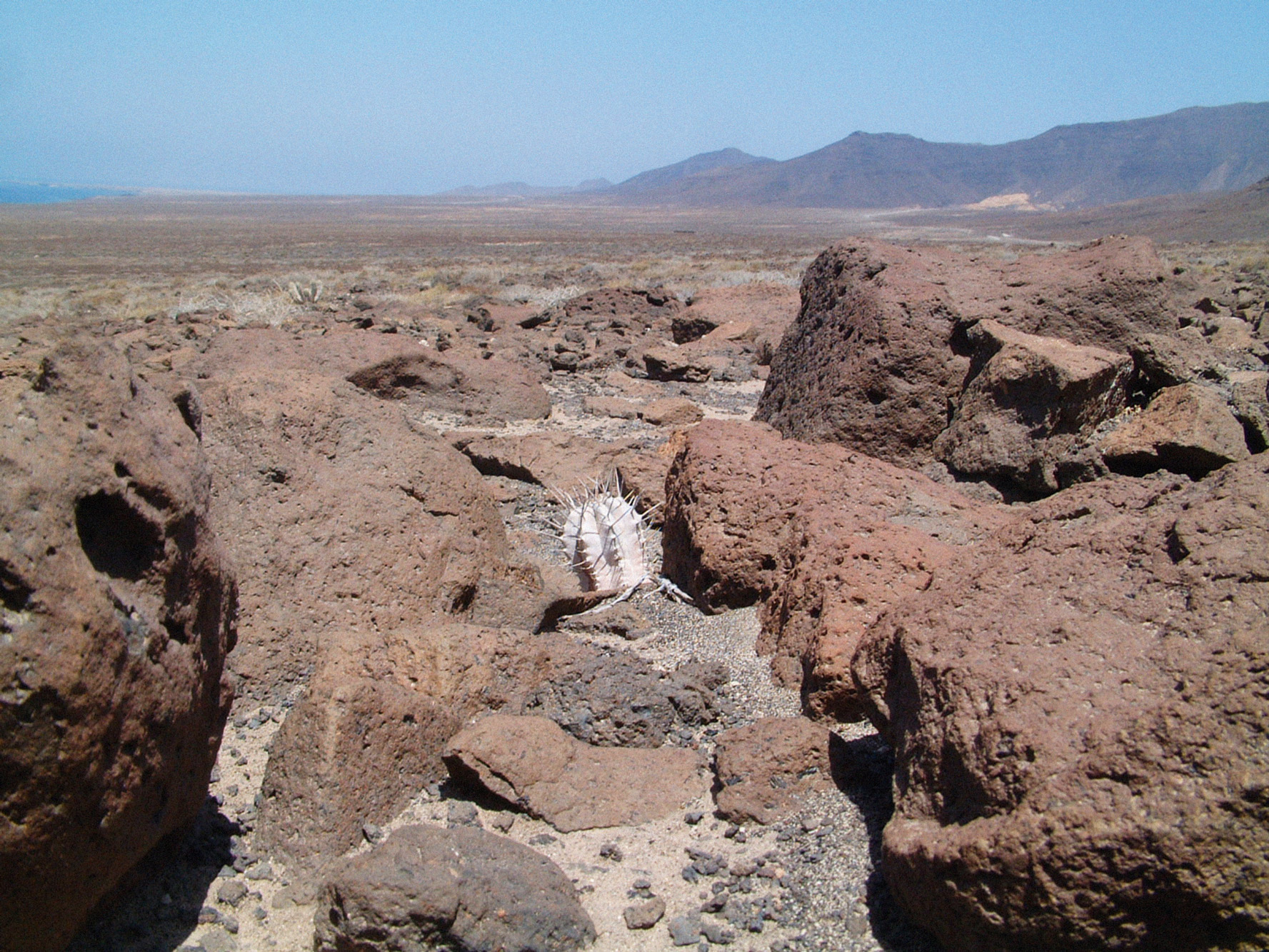 These weren’t the usual photos of perfect show plants in a greenhouse, a saguaro lit by a blazing sunset, or a slick studio shot of an obscenely flowering Echinopsis. What we became captivated by, and what we found to be far more beautiful and true, were documentary photographs of cacti in their native environments, the often improbable landscapes where these plants grow wild. Seeing an image of a 15-foot-tall Browningia candelaris living in a habitat that is Earth’s closest equivalent to Mars, its trunk thickly covered in spines, topped with a crown of twisted, rust-red branches, will quickly make you realize that the six-inch green juvenile you’ve been caring for — and watching grow at a glacially slow pace — is a long, long way from home. Xerophile: Cactus Photographs from Expeditions of the Obsessed is made up of these images, hundreds of them, which we have spent the past two years tracking down. 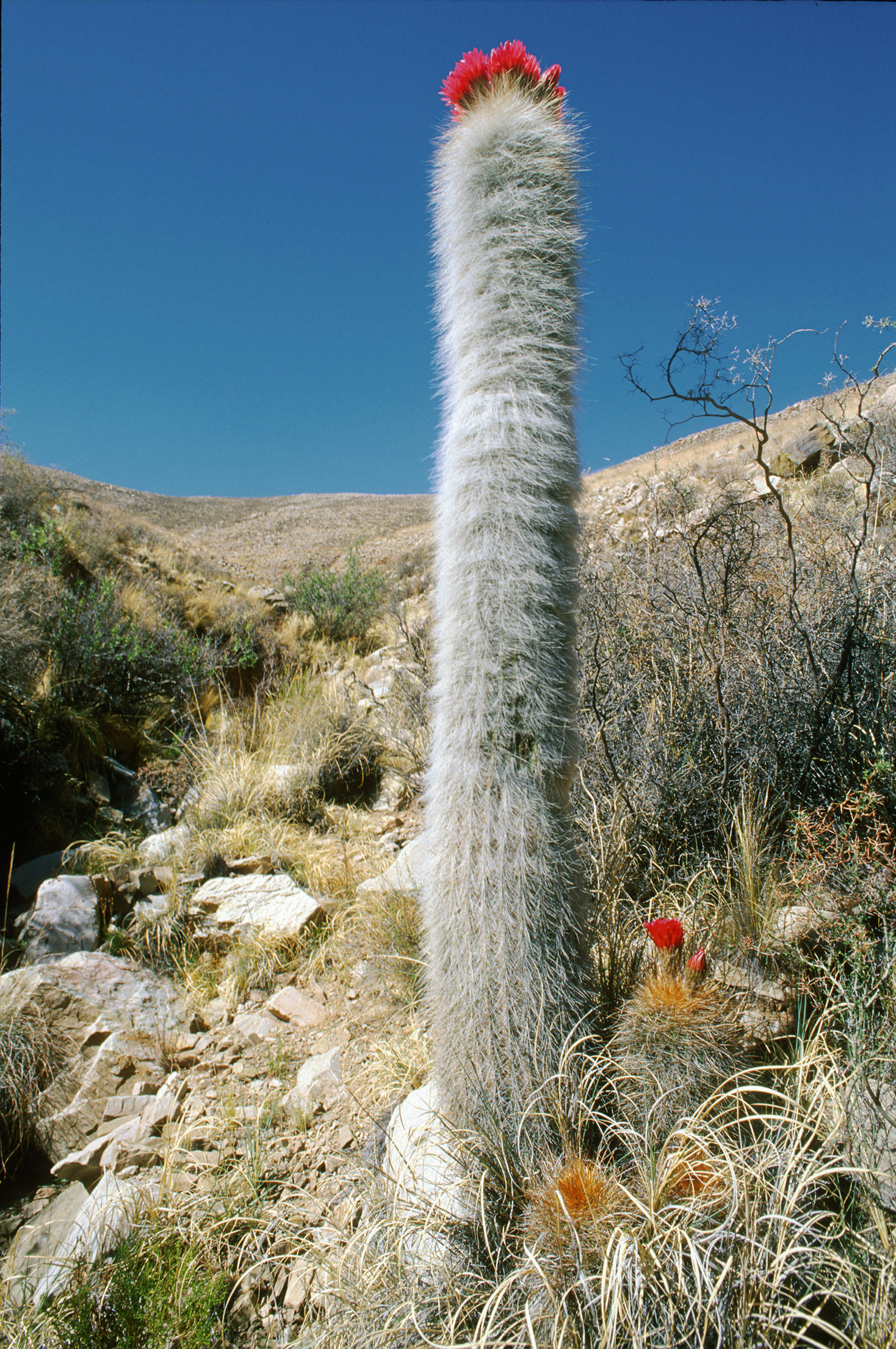 They are drawn from the archives of 22 explorers and span 80 years, from the early days of Kodachrome to the bottomless memory cards of today’s digital SLRs. These pictures were never meant to be art, and most of them have barely, if ever, been seen by the public. They were taken as a form of evidence — this plant exists here now — and stored away by the thousands in slide carousels and on hard drives, perhaps appearing on occasion as supporting  characters in a PowerPoint presentation before a small audience of collectors,  or by way of reproduction at thumbnail  size in an obscure journal. 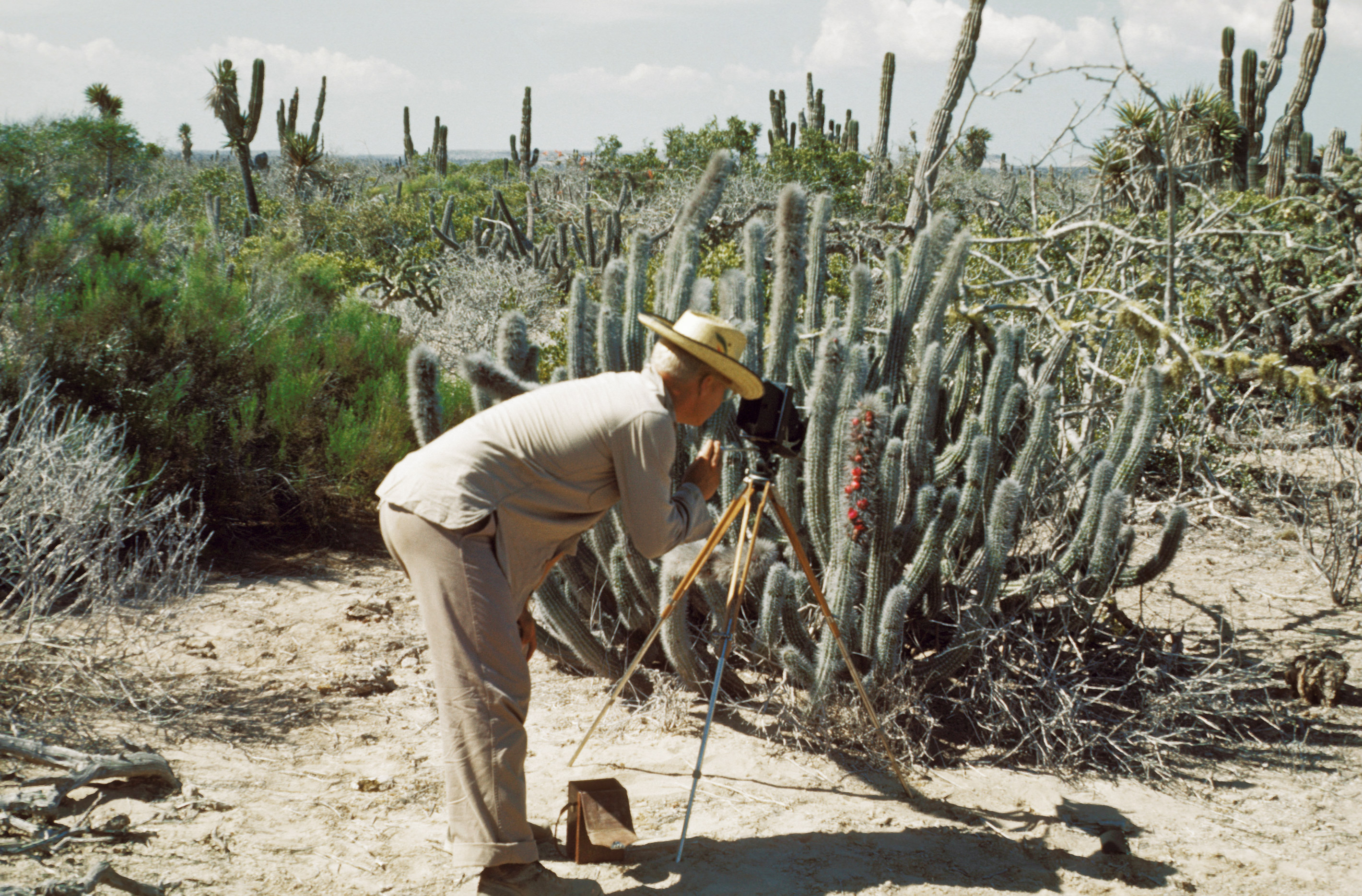 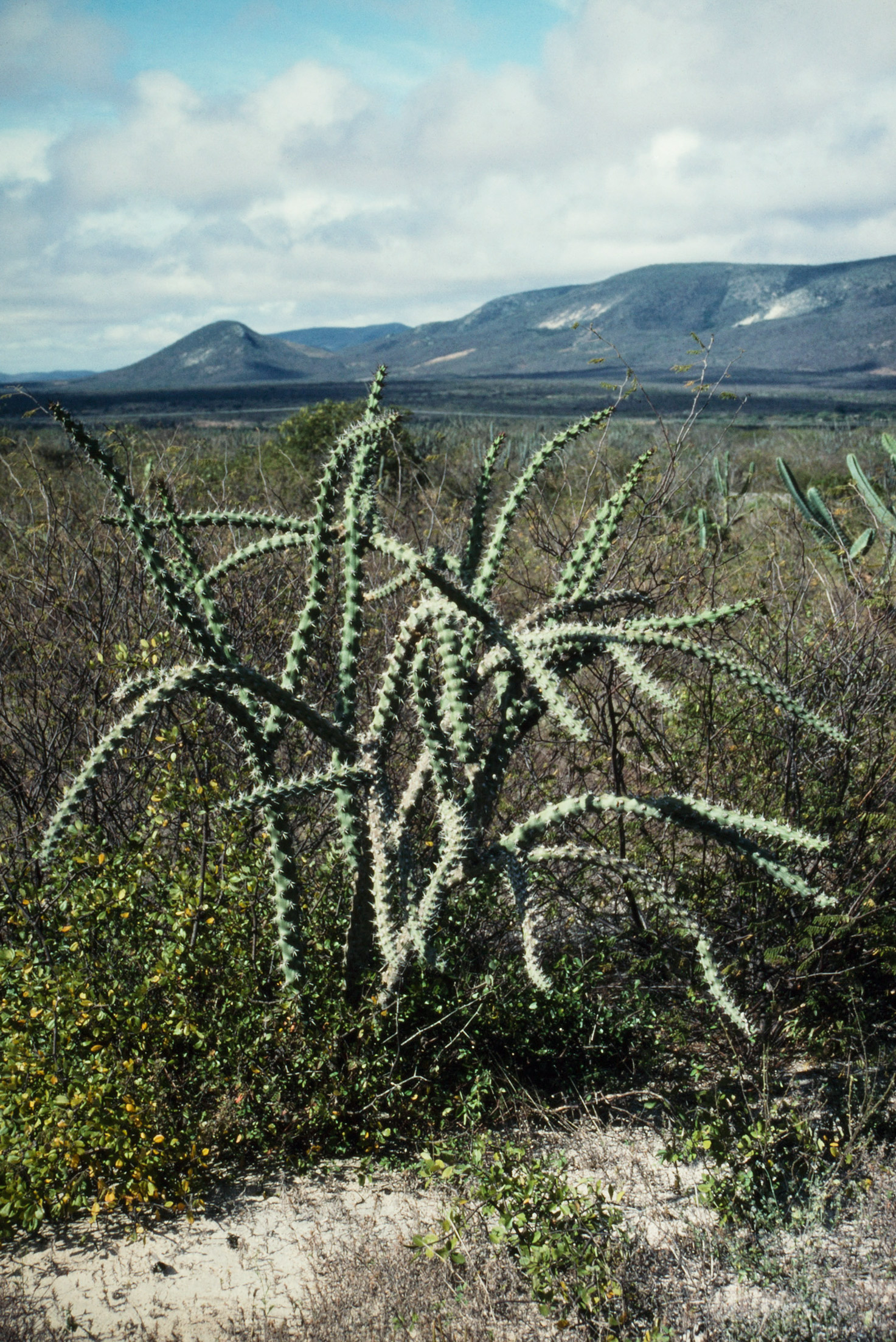 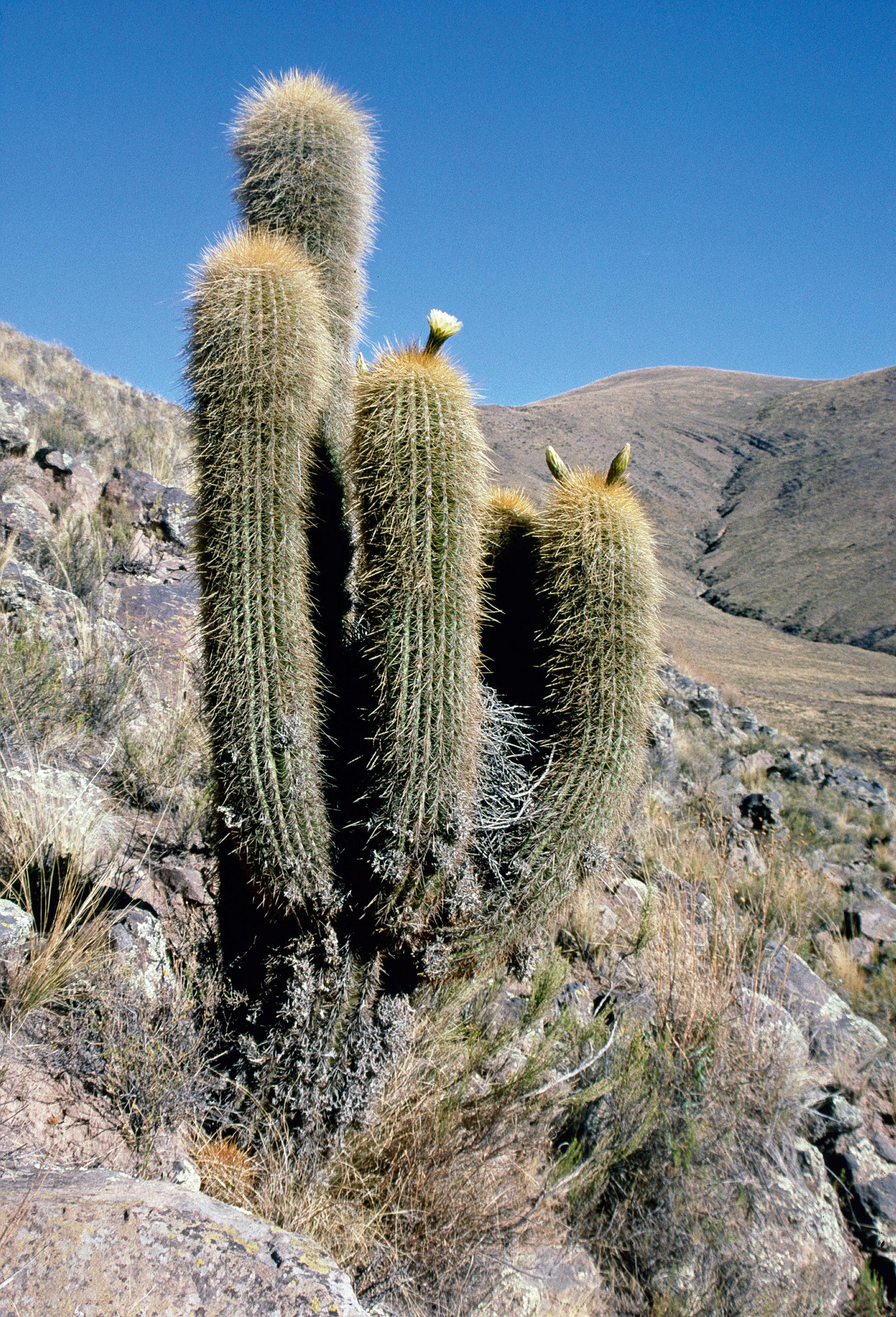 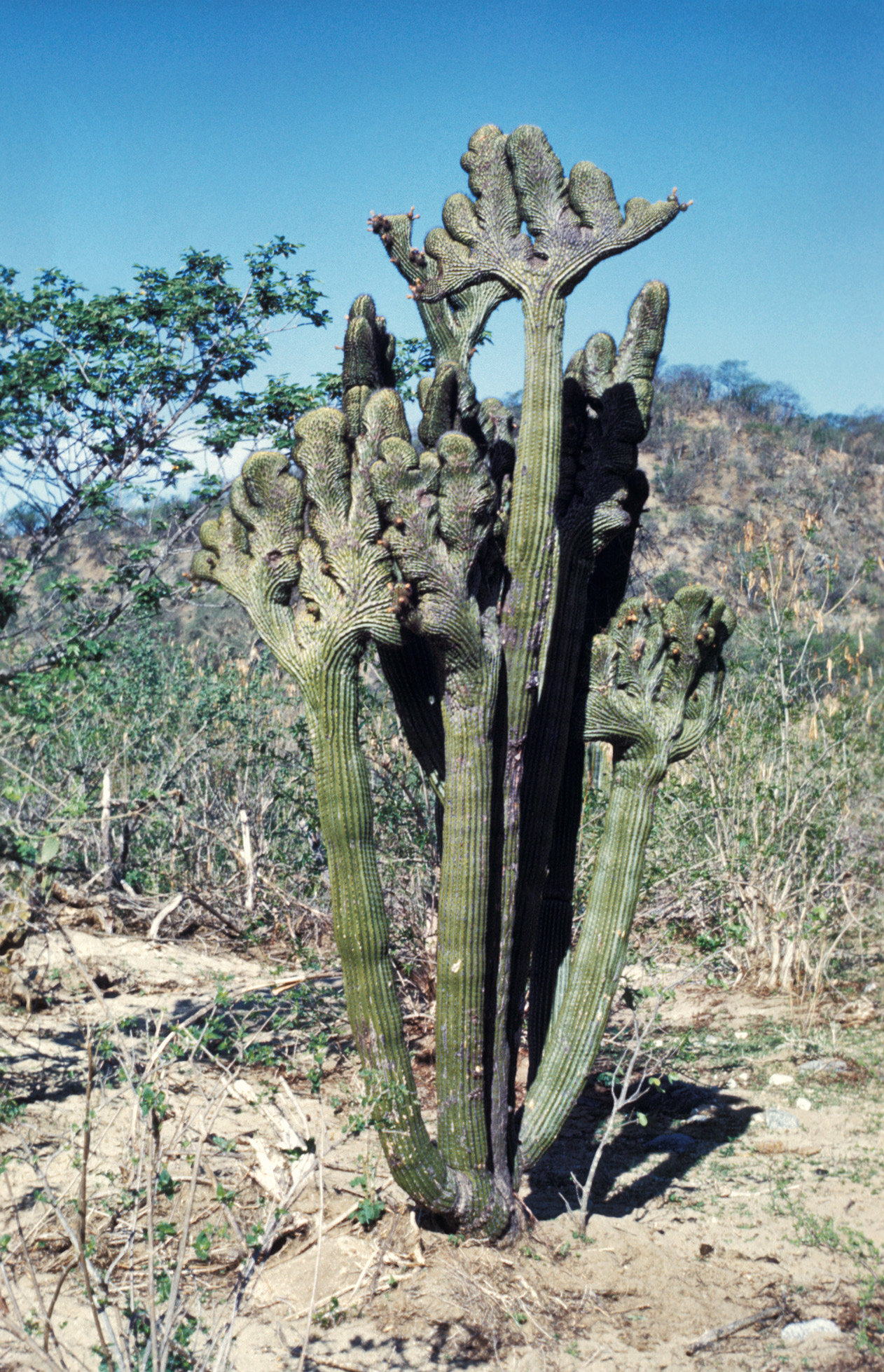 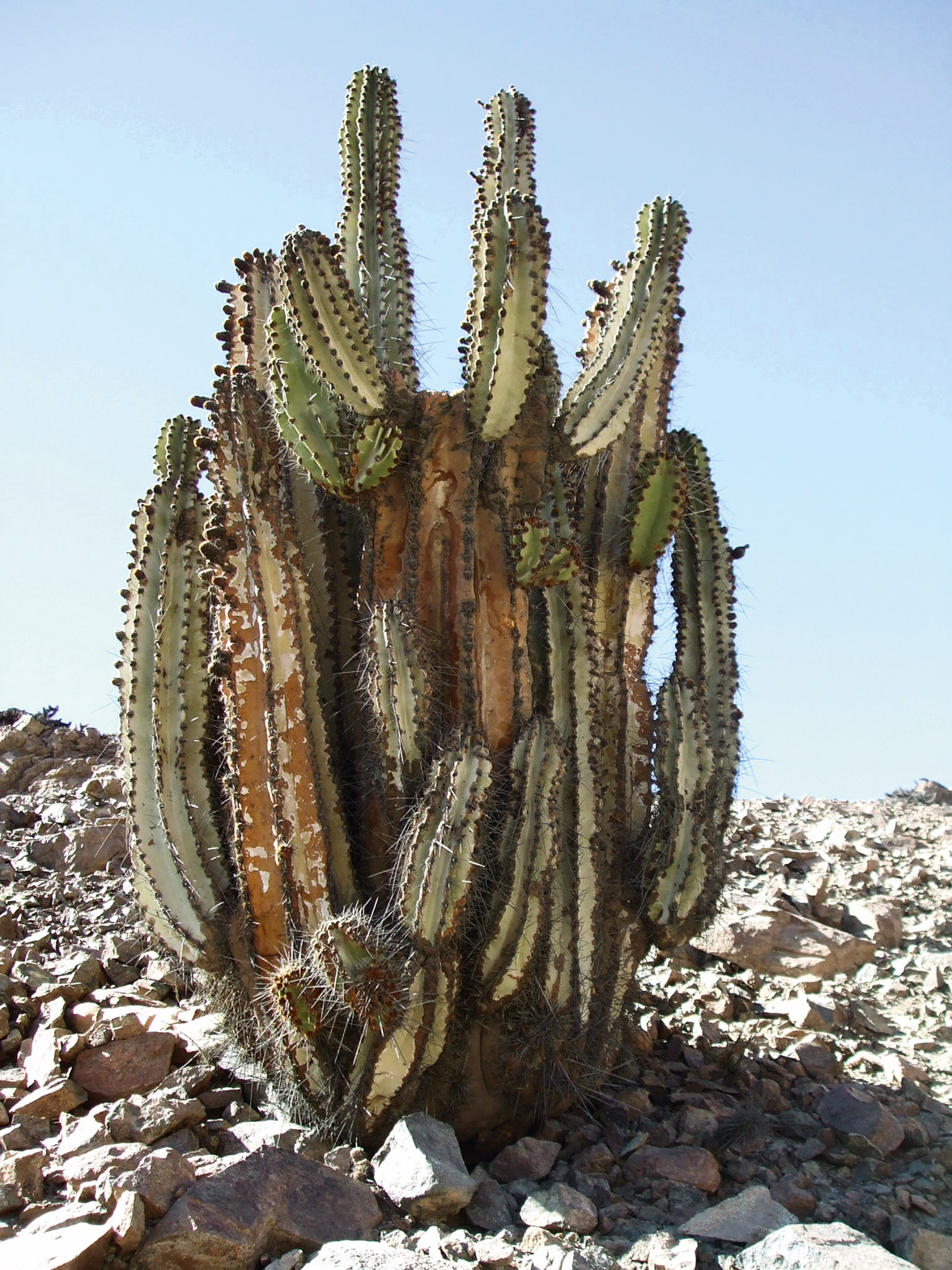 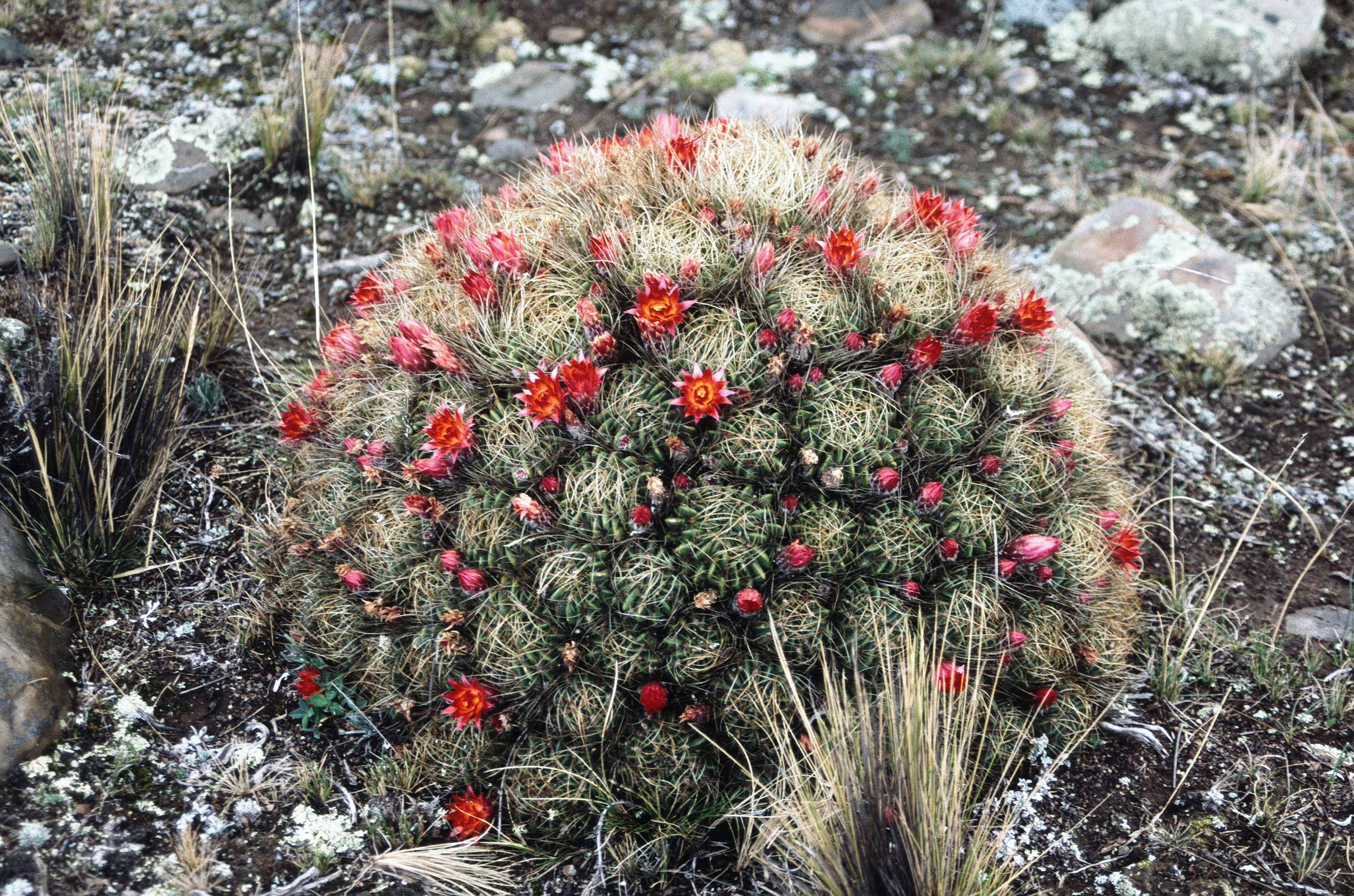 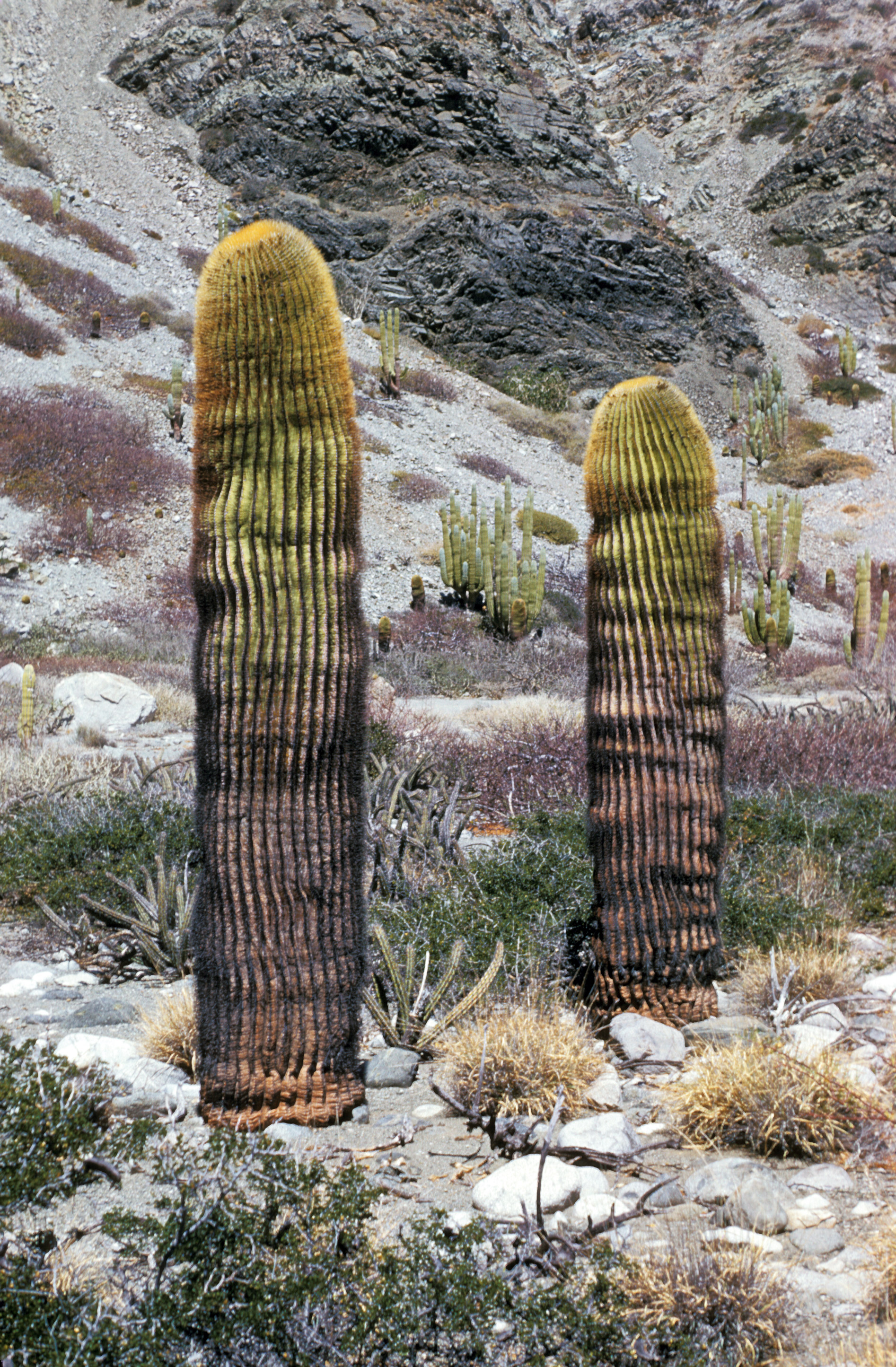 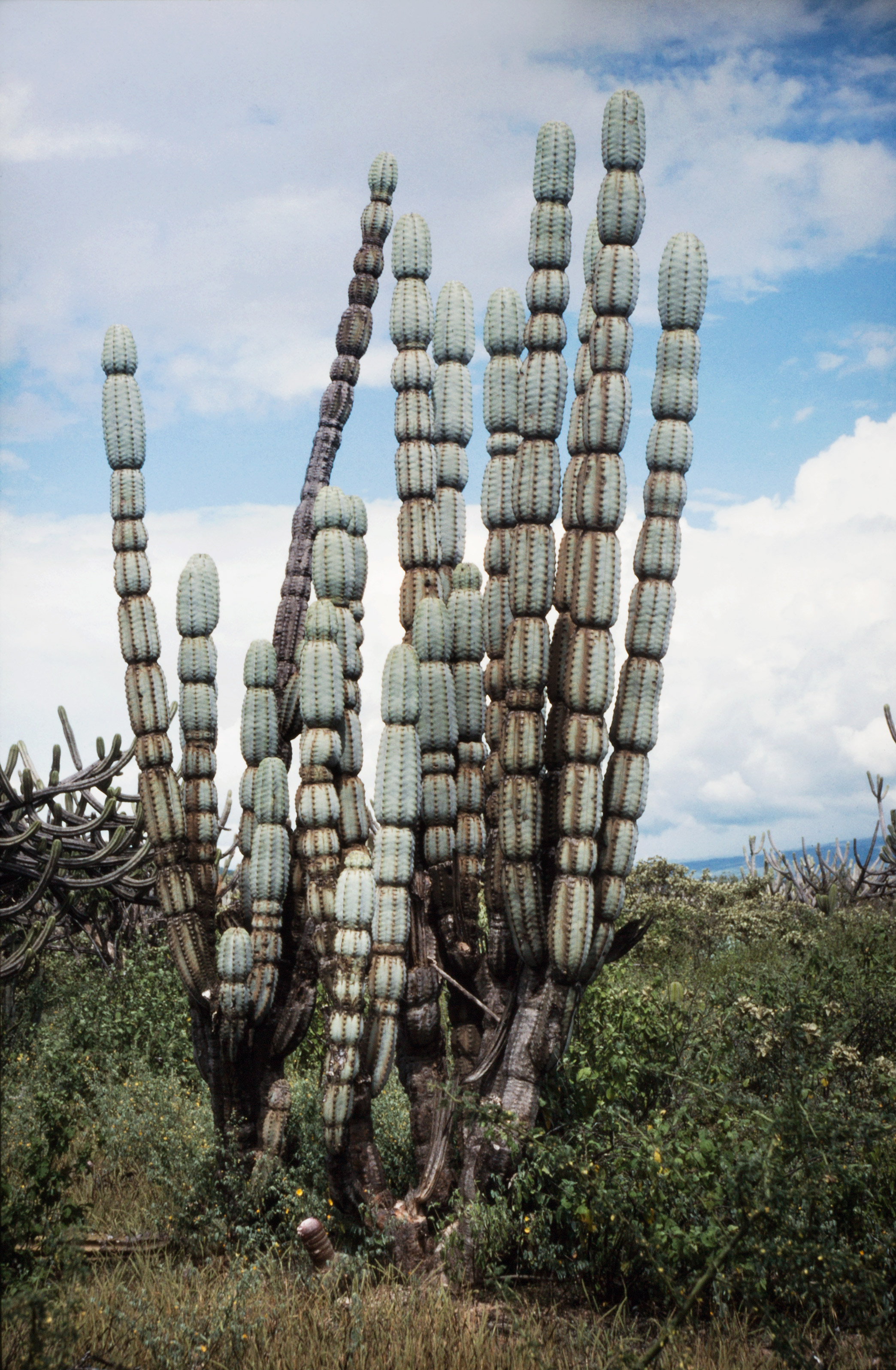 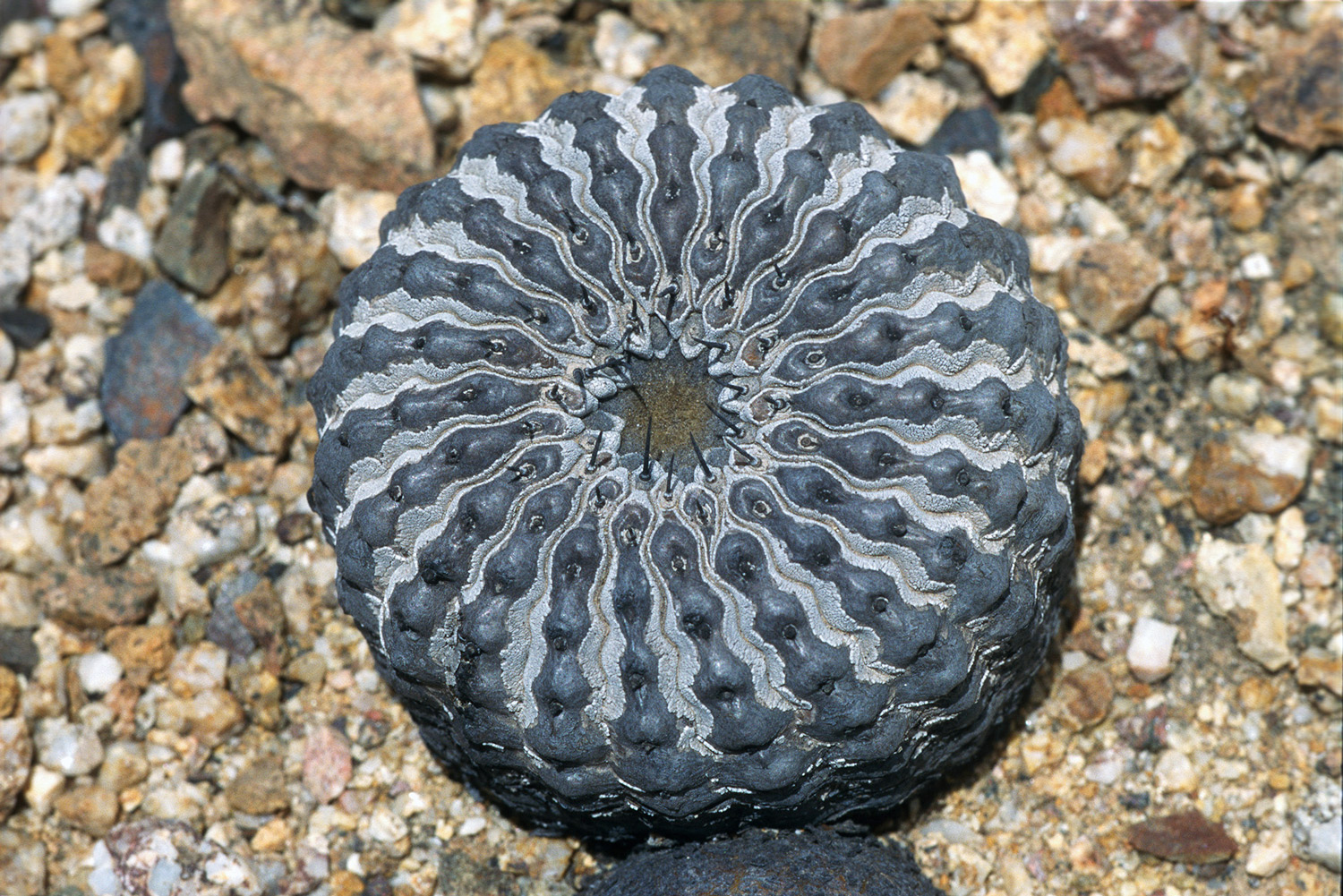 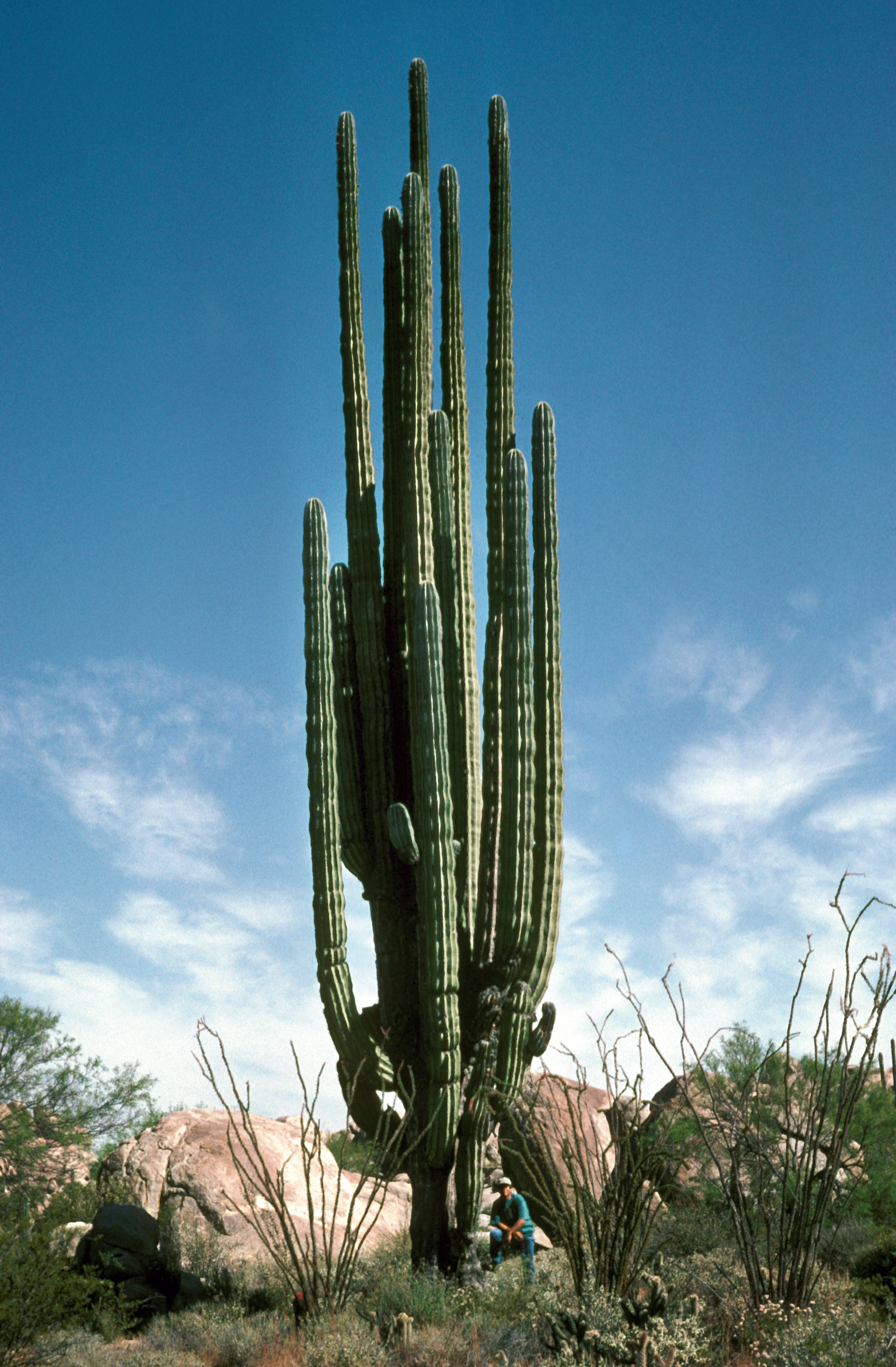 We believe that they are worthy of examination in their own right though, and in bringing them together here we have chosen to organize them in an unorthodox way. Not by type or geography, but instead through a visual narrative that emphasizes both the breadth of variation and the surprising connections that exist among this far-flung world of desert-dwelling plants. Today’s cactus explorers come from a line of xerophilic obsessives that stretches back to the late 1500s. 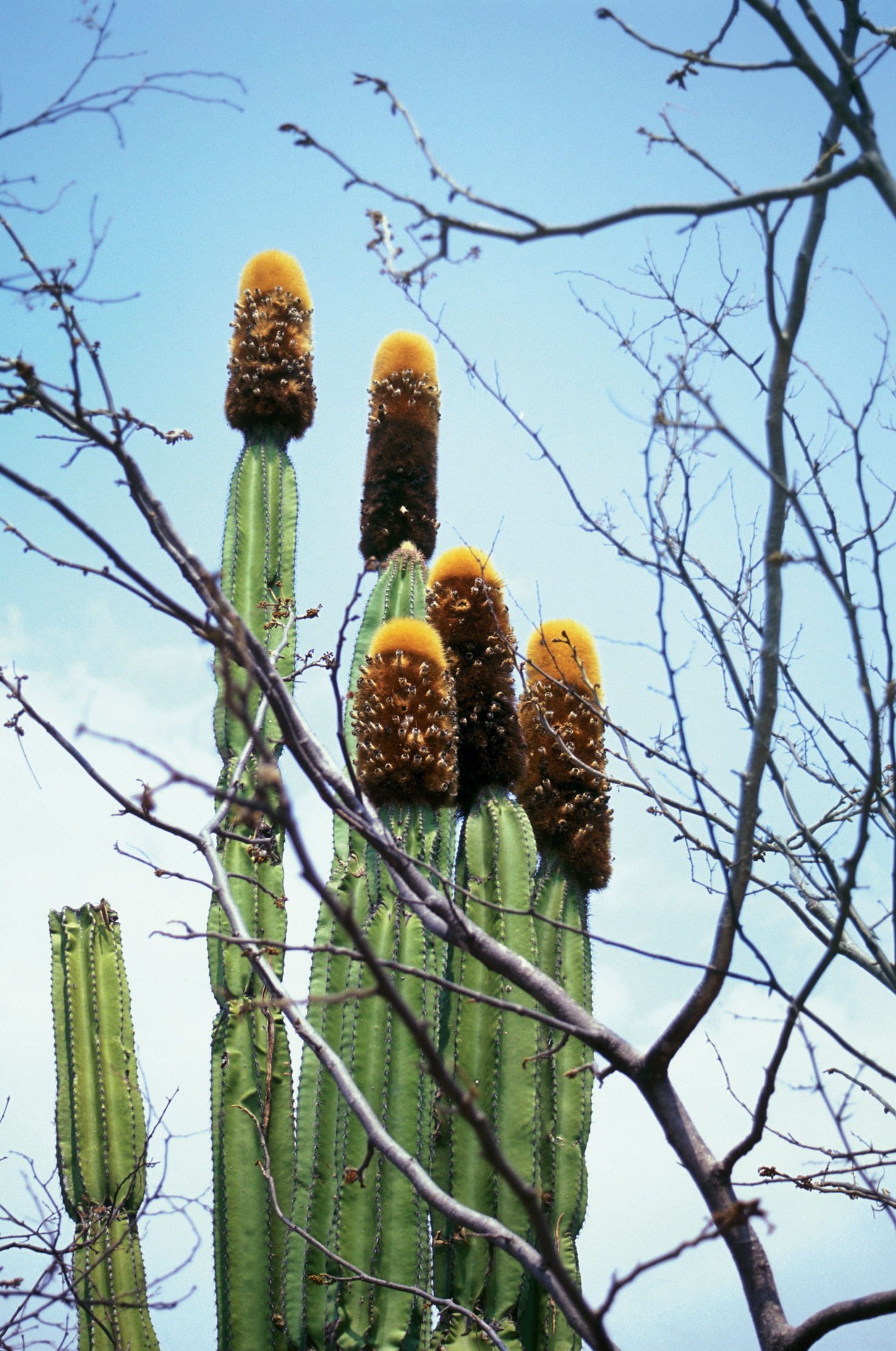 They are willing to spend months planning a trip across the globe, weeks driving down dirt roads, hiking across mountaintops, and riding on muleback, all in the hope of finding that one habitat, that one plant, that they are seeking. Often, they don’t find it. So they keep looking, or return the next year, or never leave. 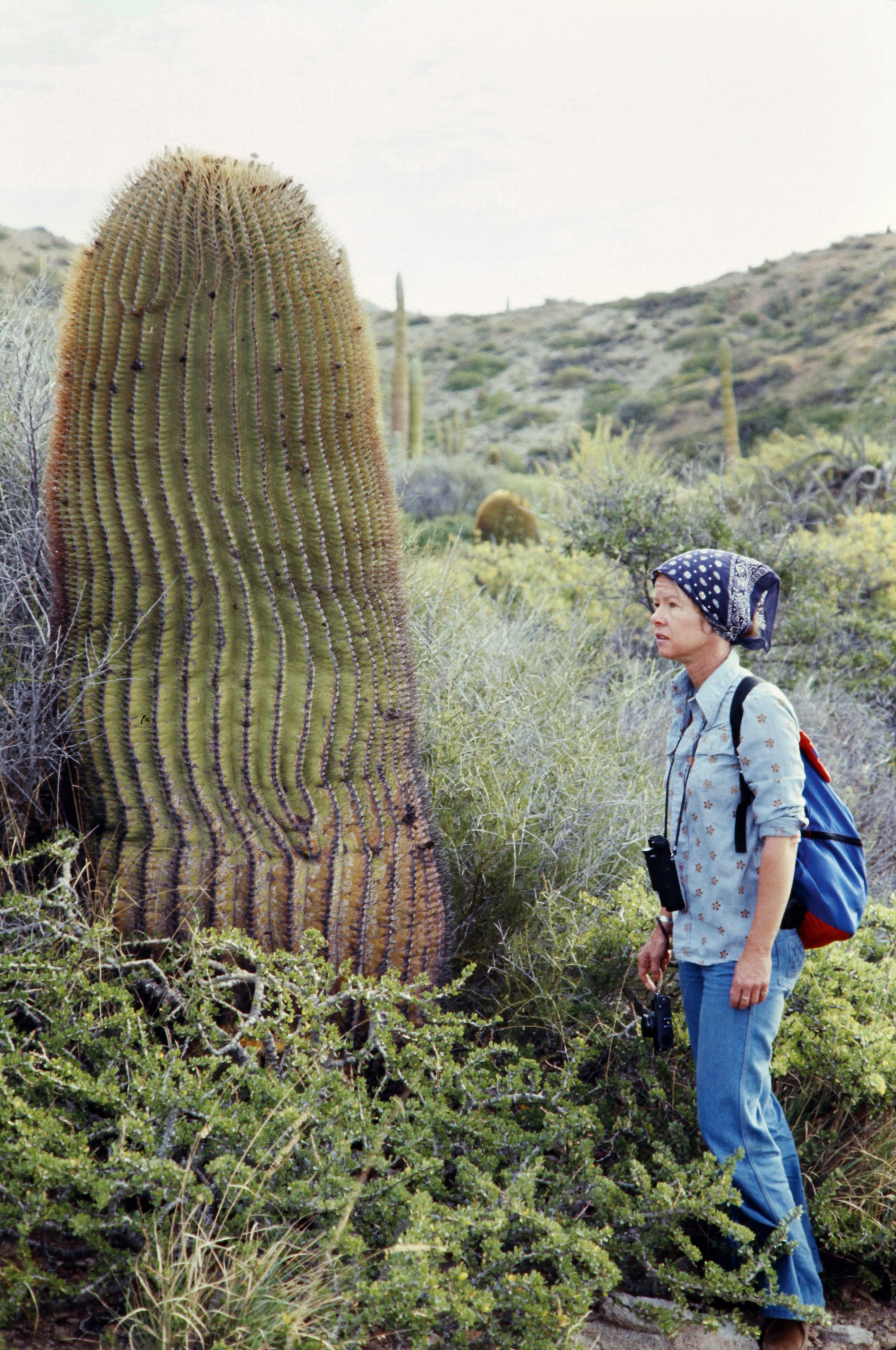 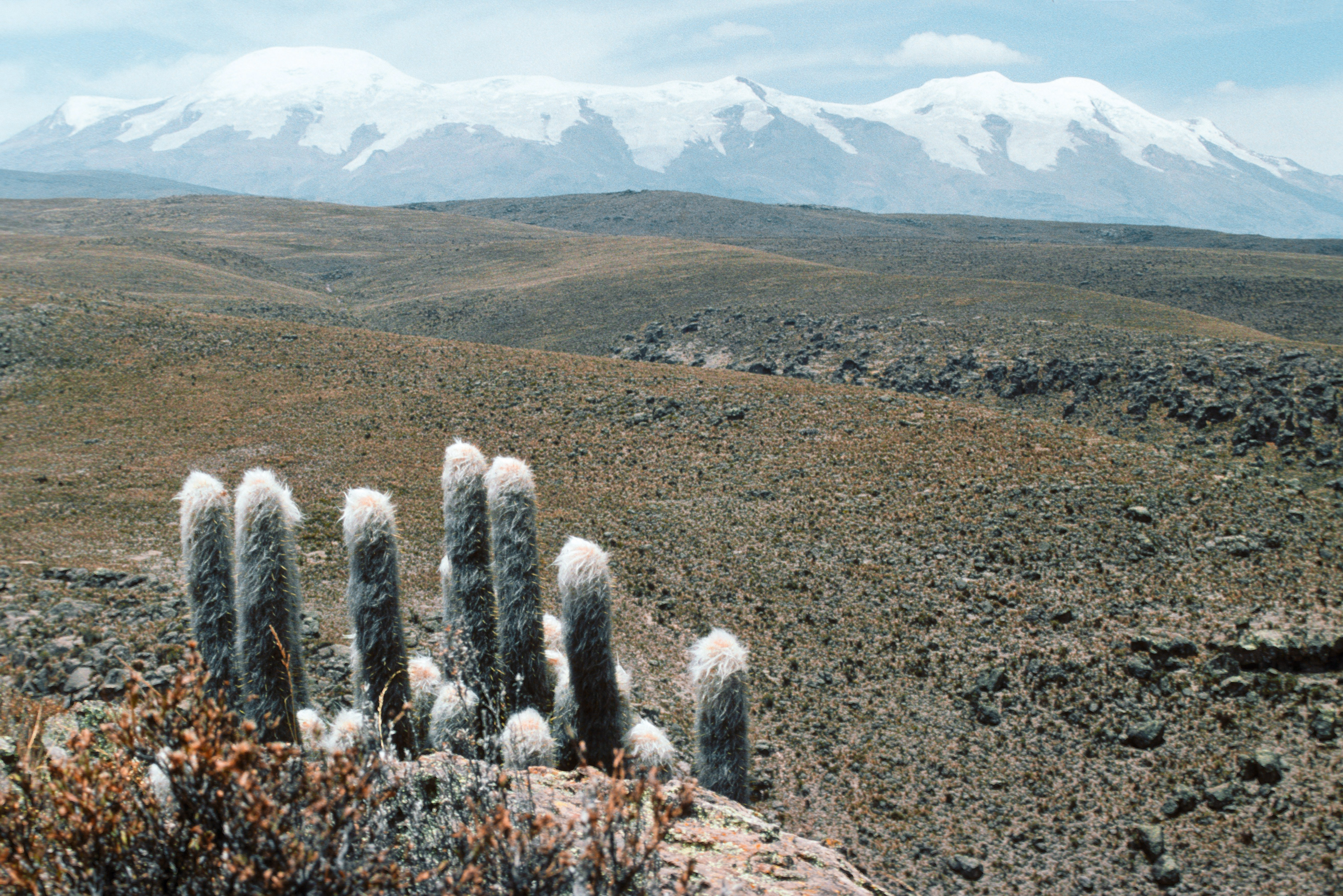 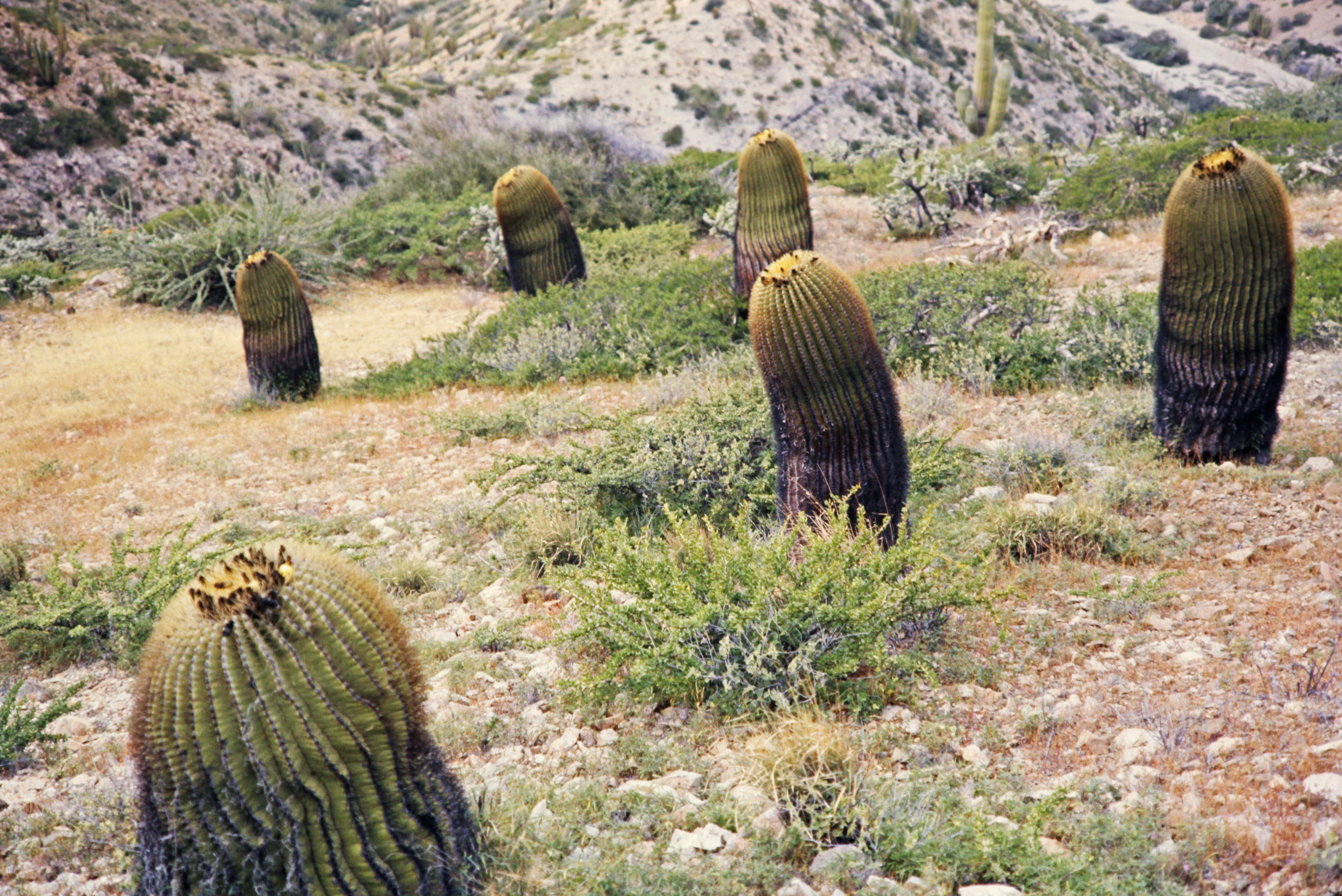 The insatiable drive to examine and document these plants in nature instead of the greenhouse  has created a global cadre of enthusiasts, collectors, botanists, and adventurers. Like the flower salesman Howard Gates,  driving alone in Baja in 1930, crawling slowly up the Sierras with extra carburetors strapped to his vehicle in order to be face-to-face with a Ferocactus perched above the Sea of Cortez. Or the banker-turned-world-traveler Joël Lodé, riding a donkey through the desert for days on end in order to sleep next to the Uebelmannia pectinifera he had been dreaming of back home in France. Not only is the fieldwork undertaken by these explorers responsible for our current, and ever-expanding, scientific understanding of cacti — the specimens that they have collected are the source of almost all the cacti sold and displayed around the world today. In our store, we try to guide the uninitiated beyond a purely aesthetic appreciation of each cactus in its pot, to reframe the plants in a broader and more complex context. Yes, you are in Los Angeles, but this Oreocereus celsianus in front of you comes from the high reaches of the Andes, in Peru; its dense white hair has evolved to defend it from the sun and the snow. Evoking the places these xerophytes come from is an essential part of the store’s mission. But it is mostly impossible for our descriptions, no matter how vivid, to do justice to the remote landscapes that have birthed some of the most striking and surreal plants in the natural world.