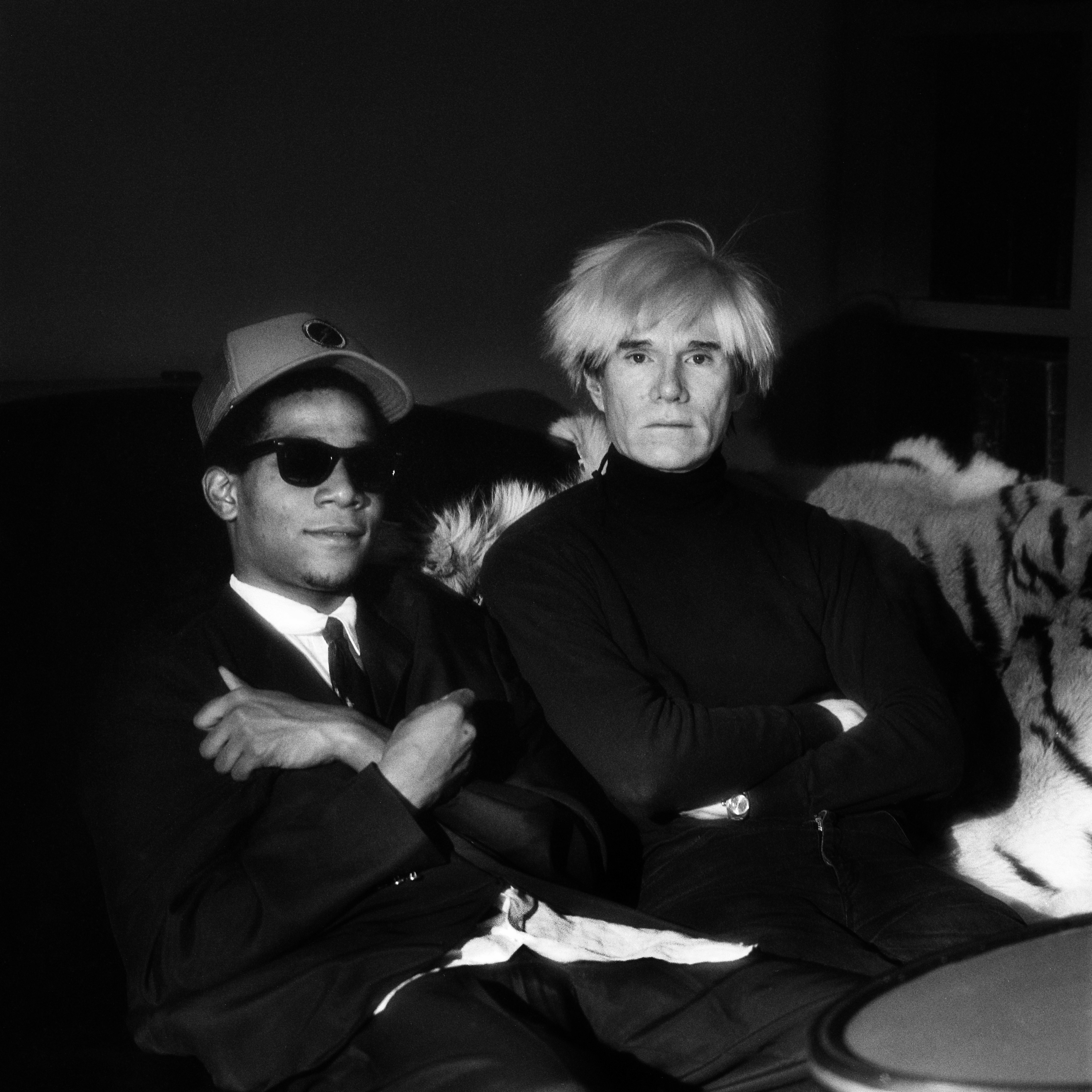 During the late ’70s, early ’80s, heroin was a plague in New York. It was all over downtown. I couldn’t go out for a cup of coffee without someone trying to sell me drugs. If you walked down to Rivington Street, it looked like the opening of Star Wars. You’d see 100 people standing in line waiting to cop. Unimaginable today, but that’s how it was. Everybody was exposed to it.

When Jean-Michel first hit it big and started selling a lot of paintings, it was a difficult transition. He was thrilled to be making what he called “the big money,” but life became difficult for him in that none of his friends had any. This was like 1982. Suddenly he was rich, and it made him paranoid. “Do they really like me, or do they want something from me?” He would test people to figure out if they were legitimate friends. I think generally he was pretty disappointed.

What some people don’t understand is that when he was a kid, Jean-Michel was hit by a car and lost his spleen. I believe this put him at a disadvantage later for metabolizing drugs. He had this physical weakness, which may have been a contributing factor in his death.

People think Jean-Michel had a drug habit all along. That wasn’t entirely the case, although the more alienated he became because of his wealth, the further into it he got. Maybe it was a replacement for his friends. I spent a lot of time with him before he died, and my real concern for Jean-Michel wasn’t so much that he was using heroin, but that he was injecting it. I’d known a lot of people who’d gone to AA and NA and done it very successfully, but I didn’t see Jean-Michel doing that, so I wasn’t trying to get him sober. I was trying to get him to stop using a needle. I figured that if he didn’t die, he would get through it like I did. I also was trying to get him to stop using cocaine because people who are shooting up, once they start on coke, then they’re shooting up round the clock. Over the years, I think I’ve helped some people kick a habit. My attitude toward drugs is really complicated. I think the criminalization of drugs contributes to their sometimes fatal consequences. It’s a bad culture, the drug culture. What the Rastas might call “disease culture.”

I was completely blown away when I heard that Jean-Michel had overdosed. I had seen him right before he went to Hawaii. I was living in Fort Greene, Brooklyn, at the time. I got a message on my answering machine one day; he said he’d just gotten back and that he was feeling really good and that we should hang out. I went away for the weekend. I took a walk on the beach, and somebody came up to me and said he was dead. I just couldn’t believe it because he’d sounded like he was clean and was really optimistic.

It was similar to when Andy Warhol died because that took me so completely by surprise. I always thought he’d outlive all of us. Andy dying might have put the idea in Jean-Michel’s head that you could die, even if you were seemingly immortal, because Andy always had this air of immortality about him. I mean he is immortal in his work, but in life he had a larger-than-life presence. He was radiant. They both were.

I really missed Andy. I’m sure Jean-Michel missed Andy because there was nobody who could really replace him. He had a unique role in people’s lives and even in society. He was always the one person whose opinion really mattered to me. If Andy thought something I was working on was good, I would feel really validated. I didn’t need any­thing else.

Both of their deaths were in the realm of the accidental, in that they both could have been prevented. They could both easily be alive today. Andy had an incompetent nurse. I mean, he went into the hospital for a minor operation. And Jean-Michel did the classic thing that heroin addicts do who shoot up. You’re clean for a while and have no idea what your tolerance is. I think that’s what happened to Lenny Bruce. People think, “Oh, I can do three bags,” but you can’t.

You talk about the guilt survivors feel… I didn’t feel guilty about Jean-Michel dying. Maybe I’m fatalistic. I wouldn’t say that “things happen for a reason” or “it is written,” but I don’t think there was much I could have done differently. We were friends for a long time and in a lot of ways I was an influence on him, I believe a good influence. I think maybe if he hadn’t overdosed, he would have cleaned himself up. Probably he would have, but he was just unlucky. And his life was very acrobatic, very high voltage… a high degree of difficulty, as they say.

It was unfortunate what happened, but who can know what was in his mind. William Burroughs said that Jean-Michel told him he had AIDS. He told me that he didn’t have AIDS, but that he was freaked out because he had this skin condition and people thought it was AIDS, and he wanted to get rid of it. That really bugged him. The bad skin. But if he did have AIDS, then maybe that was on his mind and made him more willing to take risks that he wouldn’t have otherwise. Whatever the case, I think it’s just really presumptuous for people to moralize about a situation where they don’t have intimate knowledge.

I went to the family funeral, and it was quite small and inadequate for such a big personality, and that really made me want to have some kind of memorial for him with his friends, which we did a few months later. I think what helped me cope emotionally was having dreams about him. I had very vivid dreams where it seemed he was really present. I had this one dream where Jean-Michel was visiting me, and he said, “I’m okay, don’t worry about me, but I can’t stay long because I’m on my way to Chicago.” In another dream, he told me, “Tell (so-and-so) I want my money back.”

A lot of times, the circumstances of someone’s death color their entire life, which is unfortunate. Like Hemingway’s suicide. I think Jean-Michel is greatly misunderstood because of the way he died. That was the big problem I had with the movie Basquiat by Julian Schnabel. It portrayed him as this moody, depressed, lost, and confused person, which is so not who he was. Certainly he had his moods, elements of that. Generally speaking, though, he was the most dynamic, lively, self-possessed person I ever knew. He wasn’t a loser. He was triumphant! I don’t consider his life to be unsuccessful because he died in his 20s. He was a brilliant success. He did more in his short life than most people ever do.