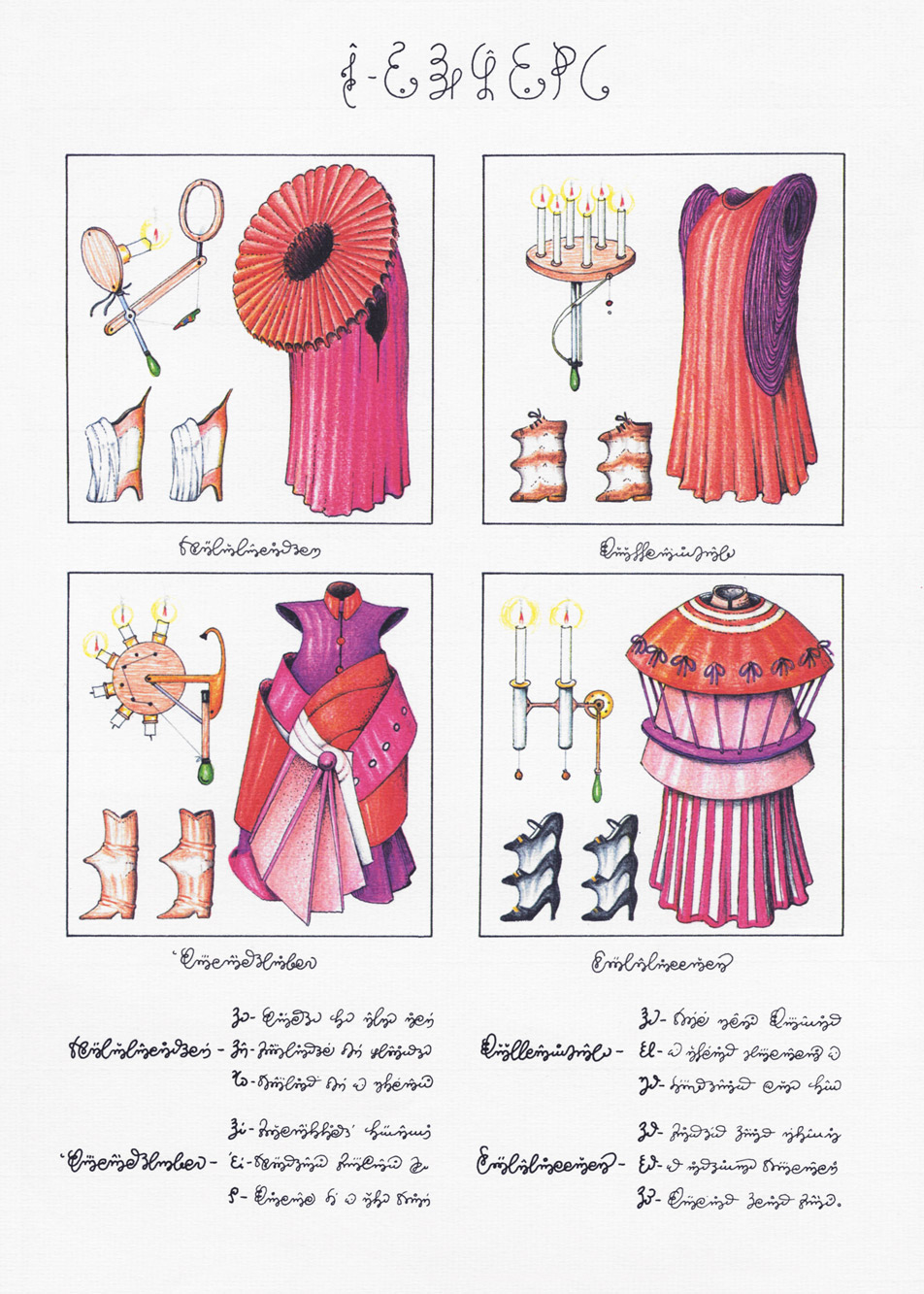 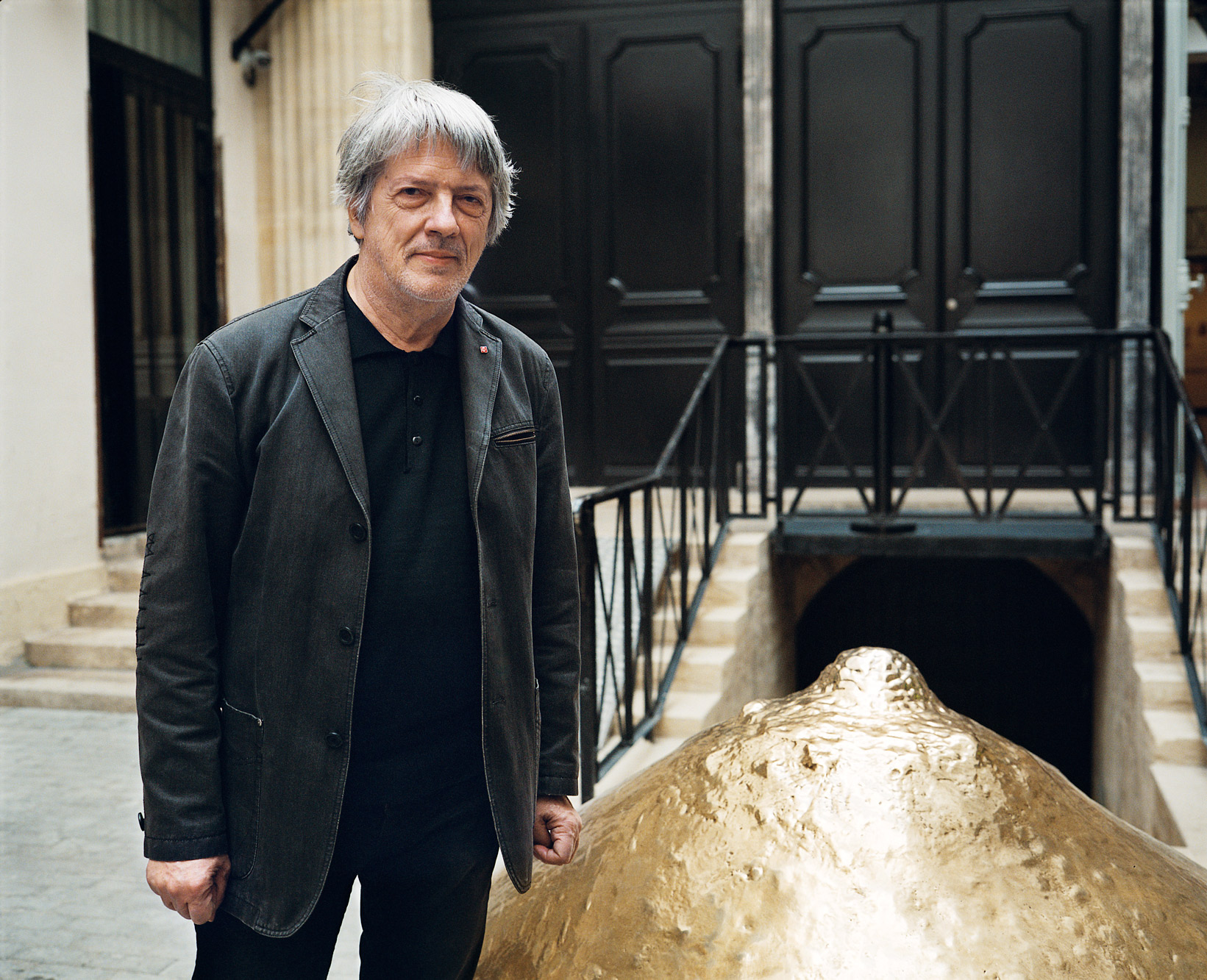 In 1981, the Italian art book publisher Franco Maria Ricci printed a phantasmagoric, surrealistic encyclopedia, conceived in California by an Italian artist and industrial designer, Luigi Serafini. Since then, a cult following has unsuccessfully attempted to decode the mysterious language that he invented for the book. Azzedine Alaïa recently became friends with Serafini and invited him to do a show in his gallery in Paris.

Olivier Zahm — What’s the secret to your writing?

Luigi Serafini — The secret is that there is no secret. I never have any idea what I’m going to write. Let’s get that straight right away!

Olivier Zahm — But there are fans of your work who nevertheless try to decode it. It apparently makes no sense for them to try this.

Olivier Zahm — Where does your passion for writing come from?

Luigi Serafini — Writing has always fascinated me. Berber writing, for instance. Like people with a passion for Coleoptera. The strange thing is that I’ve turned my passion into writing. 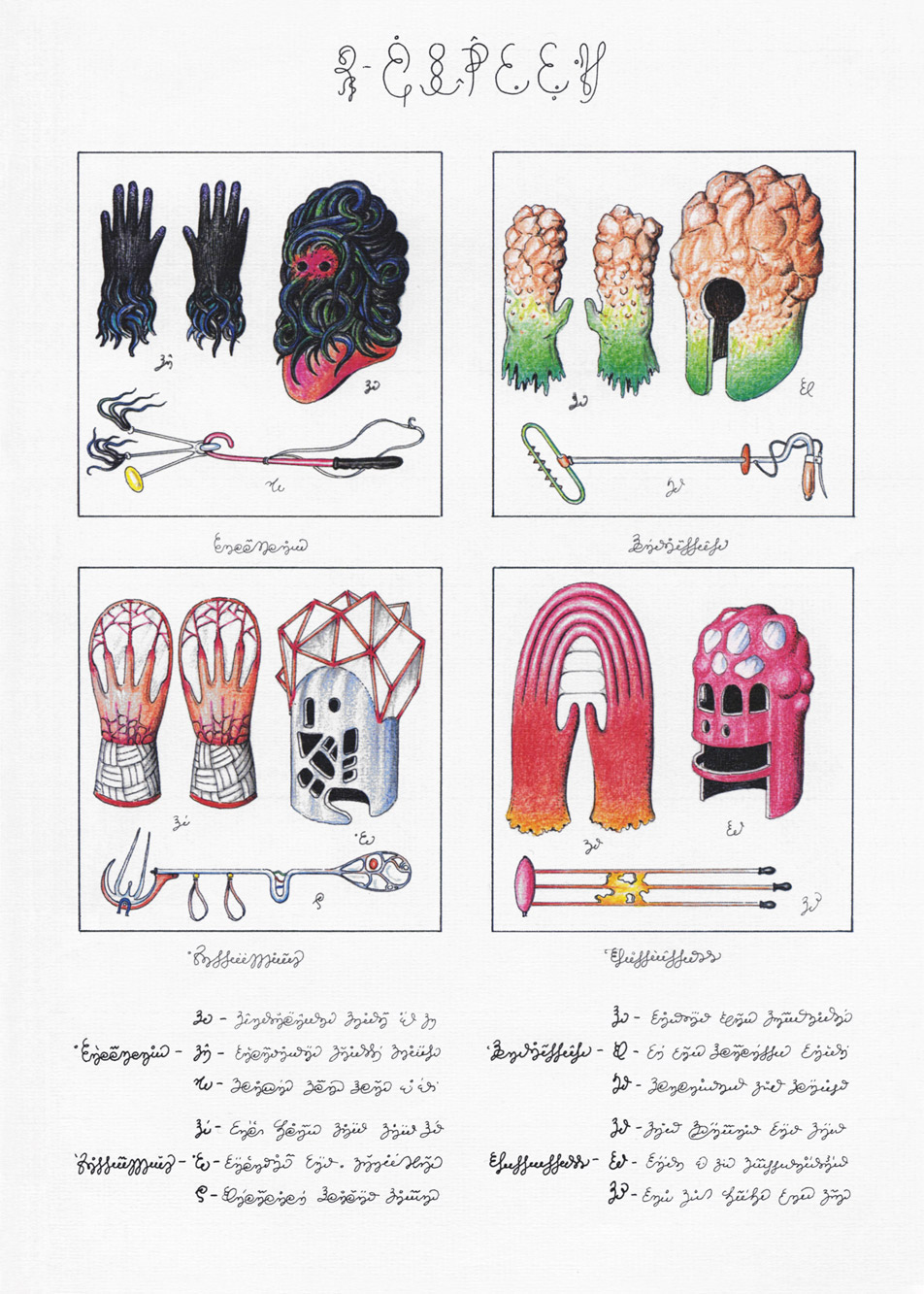 Luigi Serafini — It’s become that, little by little. I don’t think when I write. I made my first plates with a kind of writing that developed as I went along, and at a certain point it became something completely tied to my hand. I can write like that for an hour.

Olivier Zahm — Do you think about what you write?

Luigi Serafini — No. I don’t think about anything. I enter into a sort of void, a sort of trance. It’s as if I were a Sufi. What surprises me is that when I write with this new writing, I can continue to write tirelessly with an order and a harmony in the design of the letters that completely disappears when I write in Italian. In Italian it turns into chaos, whereas in my other writing it’s perpetual harmony.

Olivier Zahm — As if you were permeated by the memory of another language or civilization.

Luigi Serafini — Or by a harmony, rather, because it’s like music. I think we all have within us our own unity, our own rhythm, but we’re compelled to adopt a kind of writing that we’re taught in school. I’ve liberated myself from that and found my own inner, lyric writing. Unfortunately, I can’t use it for everyday things.

Olivier Zahm — So, as an artist, in fact, you put handwriting ahead of drawing.

Olivier Zahm — How did the idea for an encyclopedia come about? 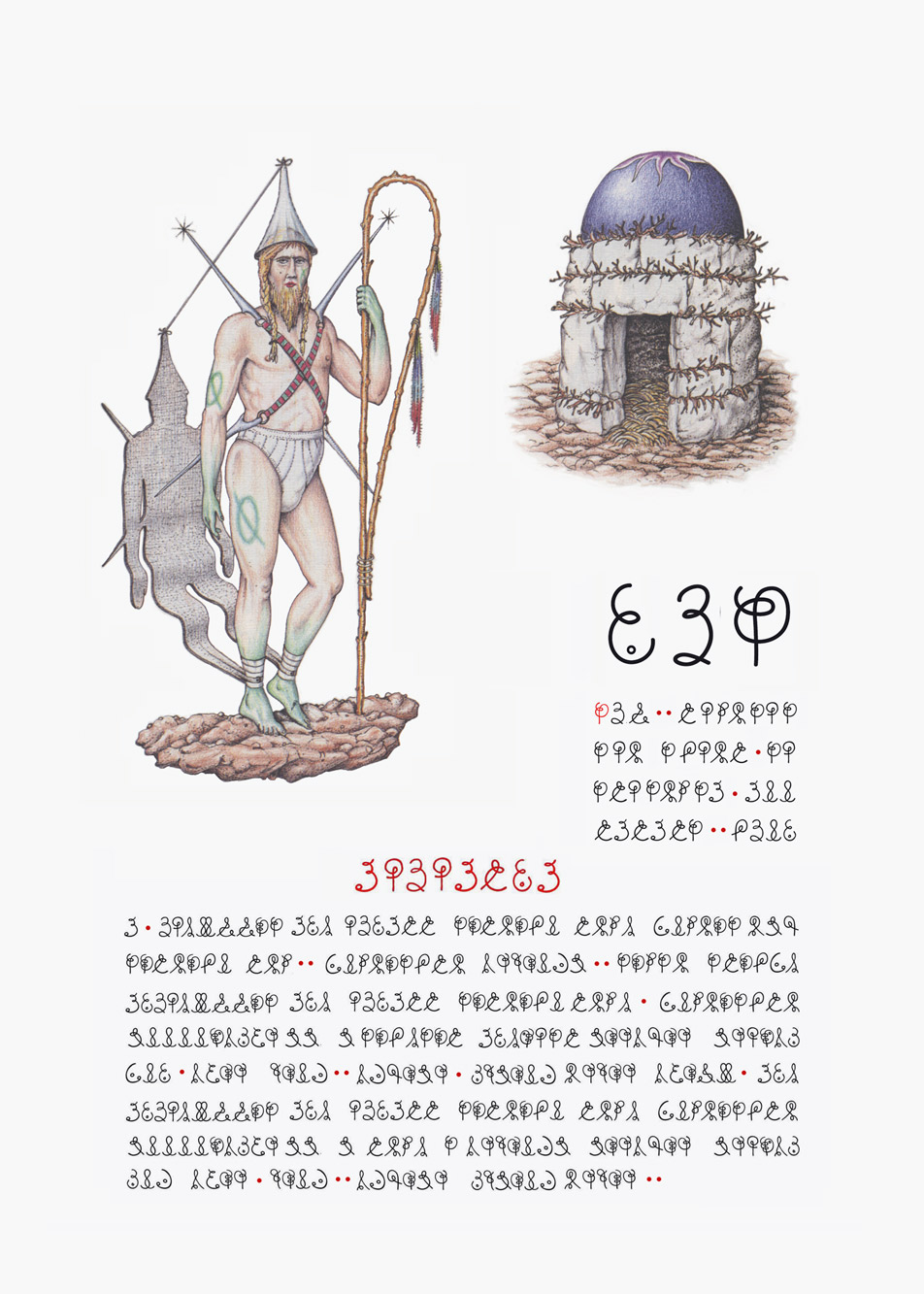 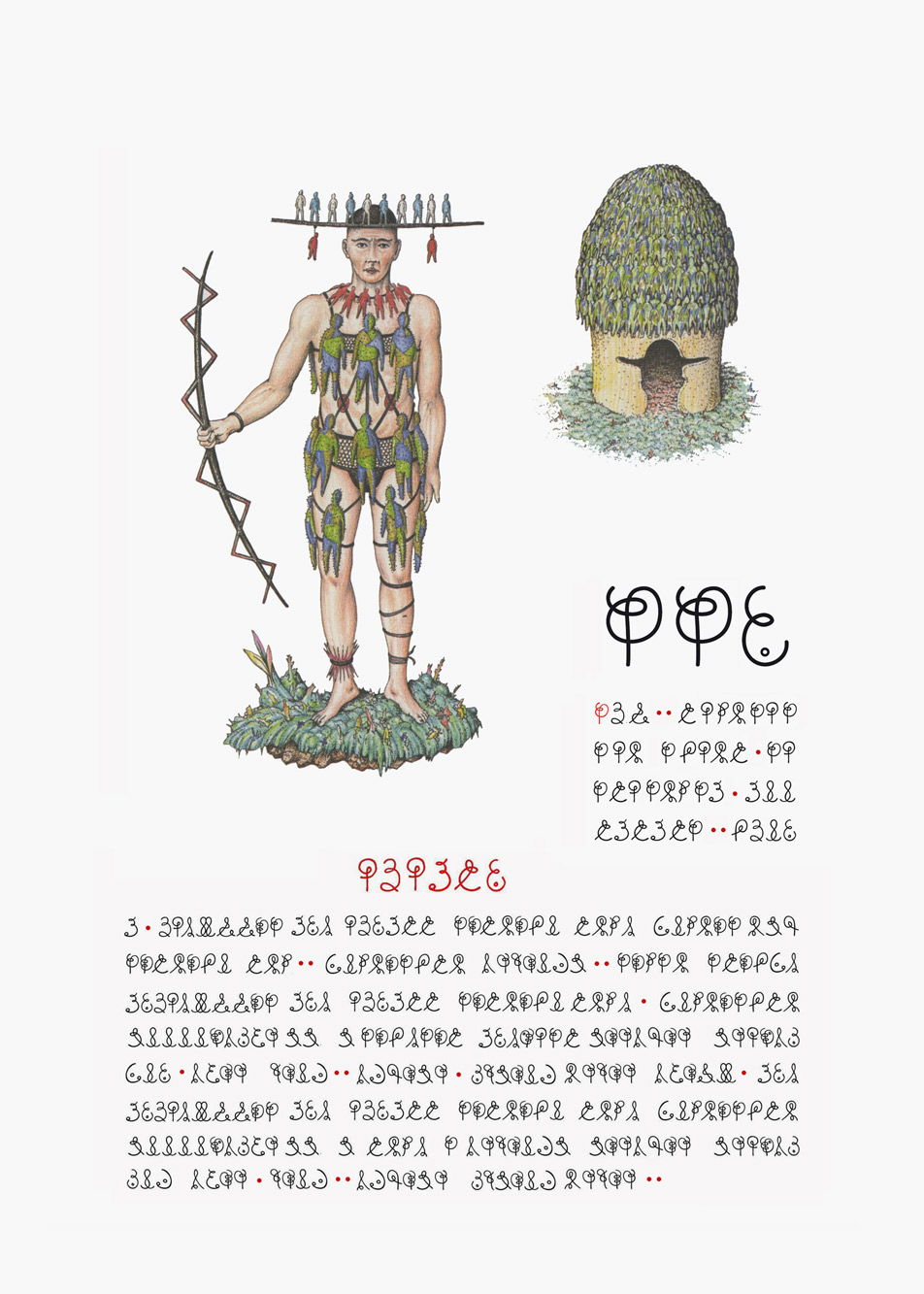 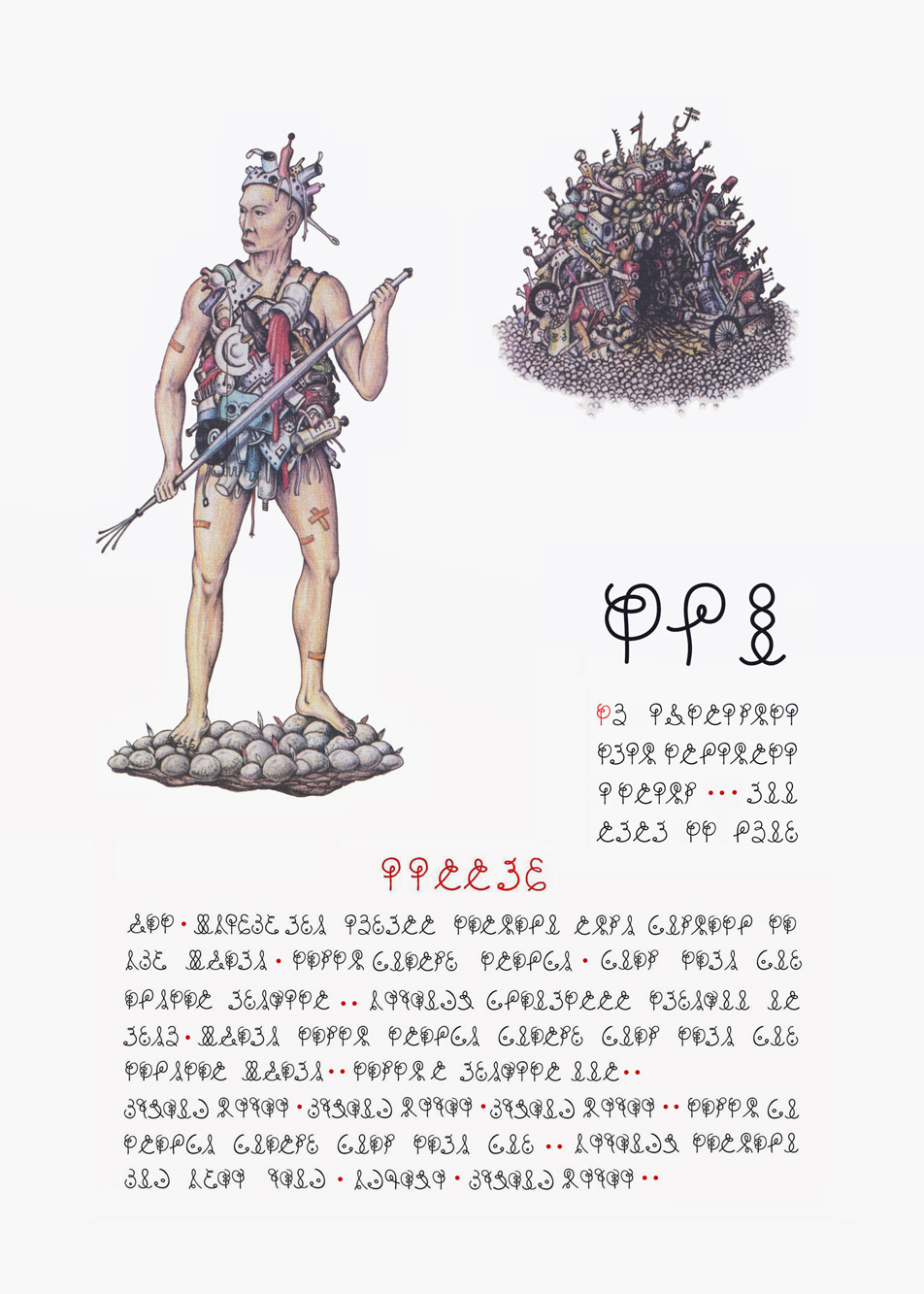 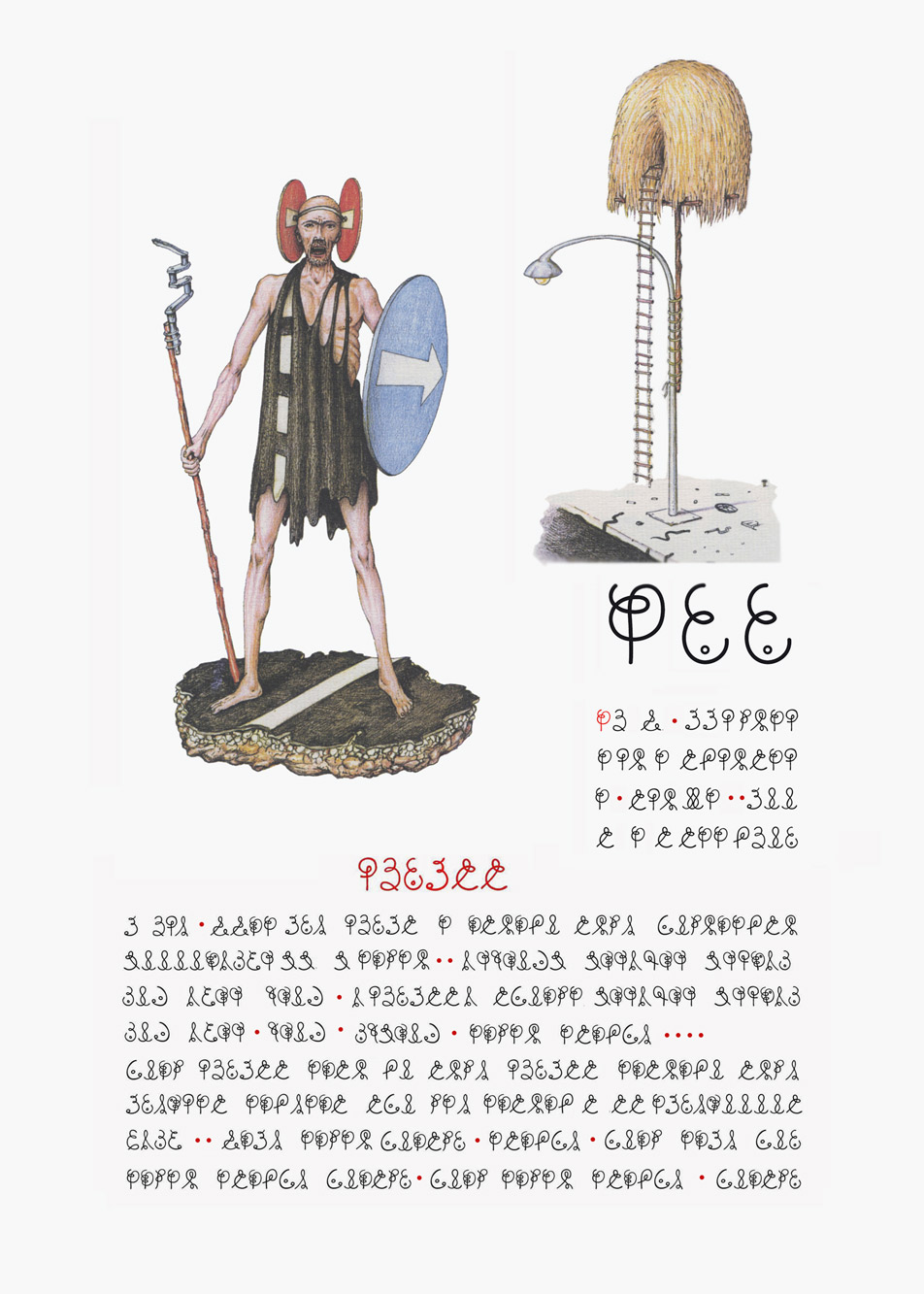 Luigi Serafini — That idea dates to the 1970s, when I was traveling around in the United States during the Internet’s formative period, at its very beginning. The 1970s marked the start of mass communication. It began with young Americans going from place to place on the roads and highways of that vast continent. American highways were more or less like digital highways, and young people were constantly moving from one city to another, conveying information. Hence the importance of the big concerts on the East and West Coasts.
The young were like the Beatniks. They were moving around and imparting information. It’s incredible because the postwar generation seeks out communication, while the war generation is the one that cut it off.

Olivier Zahm — So the idea of an encyclopedia, of an imaginary world, came to you in that context?

Luigi Serafini — The crucial, radical year for me was 1971.

Olivier Zahm — It was the year of drugs as well, and your encyclopedia is a bit like an encyclopedia on drugs.

Luigi Serafini — Exactly. Drugs and visions. When I was traveling in the 1970s, the psychedelic years, everyone was on mescaline and LSD. It was part of the American counterculture. But when I did Codex,
I didn’t take any drugs. I’d drink red wine from time to time, but that’s it. In California, I tried to do some drawings on mescaline, but nothing came of it for me. Drugs are difficult to control. Dalí’s paranoiac-critical method is interesting because it combines paranoia and criticism, Cartesian reason and madness itself. To do that, you have to be absolutely lucid. Wine is good, but less than a bottle’s worth.

Olivier Zahm — The idea of another world came to you in the context of California experimentation.

Luigi Serafini — The idea of another world is as old as the world itself. Let’s say that the original idea for an encyclopedic form stems from my desire to put my drawings into circulation. I wanted to take them out of the traditional presentation for drawing, with frames and gallery walls. The networks of the time were editorial. There were magazines and fanzines and such. There was a change of mindset in the arts. I was part of a wave that sought above all to communicate. There was as yet no Internet. Maybe today I’d have started a blog or gone on Instagram to distribute them differently.

Olivier Zahm — But the encyclopedia is an old model.

Luigi Serafini — Yes, but its strength is that it blends drawing with writing. And for me that’s a connection to childhood: a child’s first time looking at a plate that has words and a drawing on it, a collection of letters that he doesn’t understand… There’s a wonderful sense of imitation, where the child tries to read without knowing the meaning of what he’s uttering. I wanted to try to restore that magical moment when the child knows no language but discovers it. He appropriates it in his own way. He imagines ideas.

Olivier Zahm — The experience of discovering a foreign language.

Luigi Serafini — To stay in the game with Azzedine, I selected plates having to do with the body and fashion. Plates where skin is used as a garment, for example, and skeletons are clad in skin. For this exhibition, I wanted something new as well. I looked on the Internet for images of tattoos done after my drawings. There are hundreds of them. I’ve redone some plates after this mutation of my drawings: from Codex to tattoo, via Internet, then once more on to plates, re-photographed and presented here.

Olivier Zahm — Are you not going to do a second Codex? Or an expanded version?

Luigi Serafini — No. Codex was published by Franco Maria Ricci in 1981, and the story ends there. It contains all the original Codex drawings that he bought at the time. But Codex continues to exist and be distributed on the Internet and in the form of tattoos on the skin of people who are alive right now.

Olivier Zahm — And so the imaginary world spills over into the real world.

Luigi Serafini — Absolutely. And me, I carry on painting and sculpting in my studio in Italy. 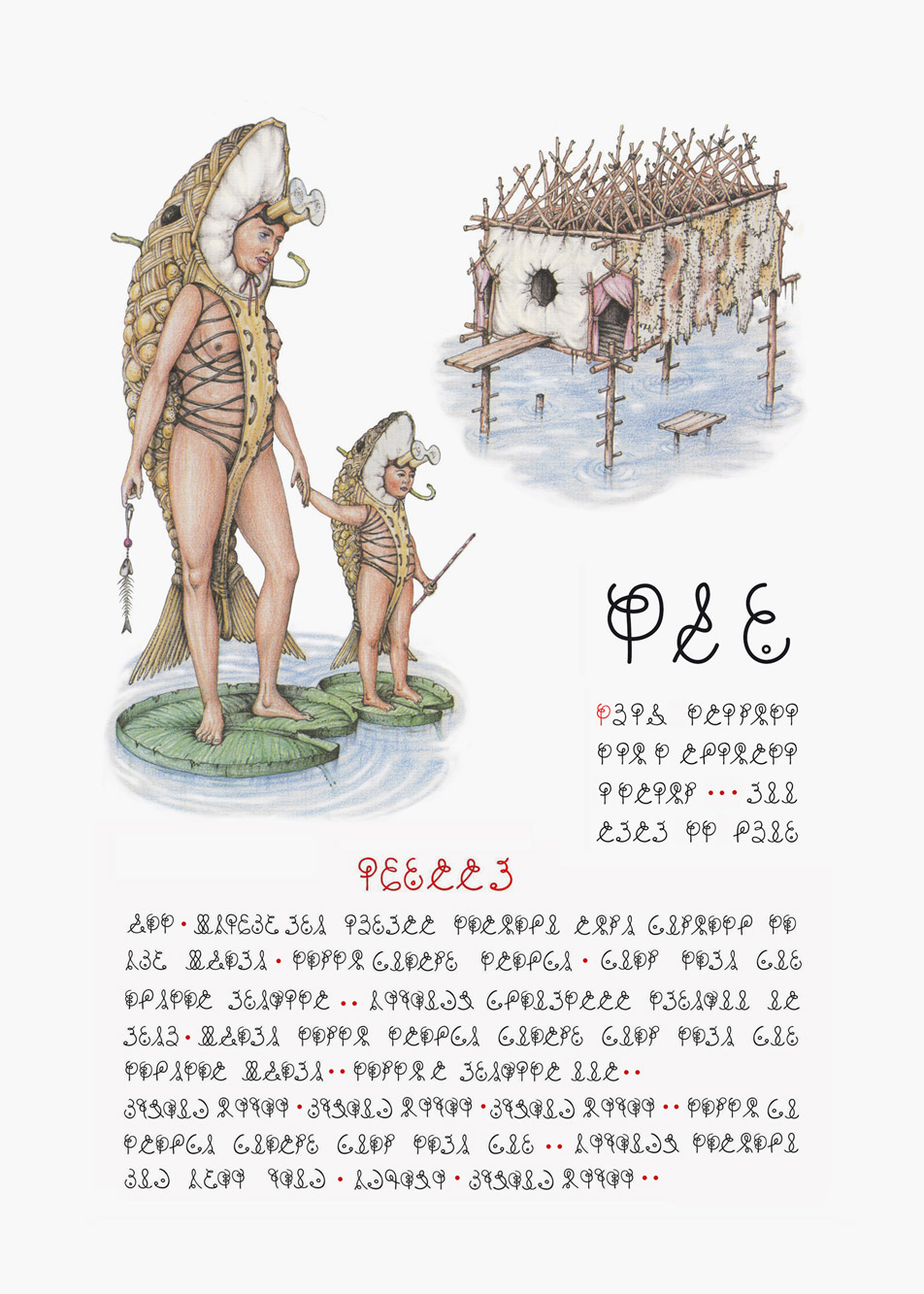