interview by ANNABEL FERNANDES
portrait and photos by MARIE DÉHÉ 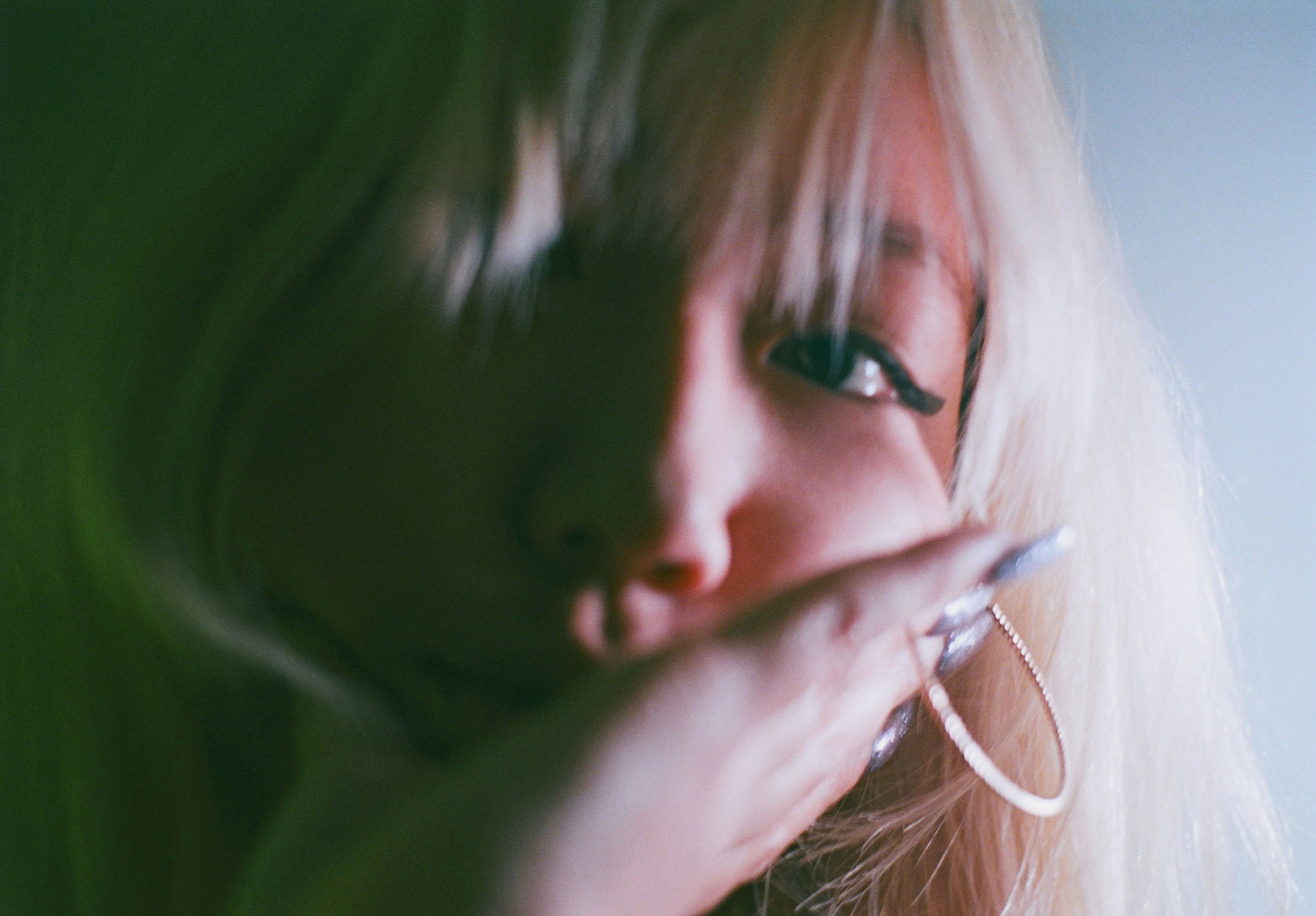 ANNABEL FERNANDES — You seem to be in Paris every month. Are you here for clients?

MEI KAWAJIRI — I’m in Paris for Balenciaga. I do the nails for their shows and campaigns. Demna [Gvasalia] loves nail art.

ANNABEL FERNANDES — How did you meet Demna?

MEI KAWAJIRI — A mutual friend told him about me. Soon after Demna took over at Balenciaga, they asked me to do the nails for the Women’s Spring 2017 show. Also, I work with Terry Richardson a lot in New York, and I know Terry’s wife Skinny. She’s my regular customer. Skinny told Lotta Volkova, Balenciaga’s stylist, about me, though Lotta and Demna both knew of my work separately. I now do their shows, even for menswear.

ANNABEL FERNANDES — How do you collaborate with a brand like Balenciaga?

MEI KAWAJIRI — It starts with my mood. Sometimes it’s simple, sometimes crazy, sometimes with charms. For example, now I’m more interested in glitter and industrial piercings. When I used hoops, Demna asked me if we should do that for the Men’s Fall 2017 show. I tried it, but it looked weird because men’s nails are very short, and Demna didn’t want to use tips on models. Since I’m good at detailed paintings on a miniature scale, he asked me to paint the Balenciaga logo.

ANNABEL FERNANDES — That was the red-white-and-blue imitation of Bernie Sanders’s campaign logo!

MEI KAWAJIRI — Yes! The election one. During the presidential elections, there were a lot of Trump and Clinton designs. Many people wanted to express themselves, so they put Hillary’s face on their nails.

ANNABEL FERNANDES — Your miniature paintings on nails distinguish your work from other nail artists. You have a steady hand. Did you learn this in art school?

MEI KAWAJIRI — I never studied art, but I was always drawing. When I was 17, I had to figure out what I wanted to do with my life. I didn’t want to go to college. I took up dancing, but quickly realized I had no talent for it. One day, I went to a bookstore and found a nail art book. It looked fun: small canvases and freedom. I went to nail school when I was 18. Afterwards, I started working in a salon.

ANNABEL FERNANDES — Were you dreaming of going to New York?

MEI KAWAJIRI — I was working in Kyoto, a very quiet and traditional city. Now I appreciate it, but at the time I was so bored. Nobody wanted any adventurous nails. So I decided to move to Tokyo. I started doing nails in Roppongi, an area that has many strip clubs. The women have to dress a little crazy and have to be well groomed. It was there that I learned how to do crazier nails and how to do them quickly. After that, I moved to Harajuku, where the style was much funkier. I opened my own salon, and I’d work from 9 AM until midnight.

ANNABEL FERNANDES — Were you working there alone?

MEI KAWAJIRI — Just me! I like to work alone, but after eight years I got bored. A photographer friend from New York came to visit Tokyo, and after that I really wanted to visit New York. So I went there with crazy nails and brought an album of photos of nails I’d painted over the previous eight years to show people on the street. I held it with three fingers to showcase my crazy nail style.

MEI KAWAJIRI — My forefinger, middle finger, and thumb were long with a lot of diamonds. My other fingers were bland and short. I walked Fifth Avenue, showing my album to people on the street. I wanted to know how people would react in America. People loved it, so I thought I should move there.

ANNABEL FERNANDES — What year was this?

ANNABEL FERNANDES — They must have been sad. 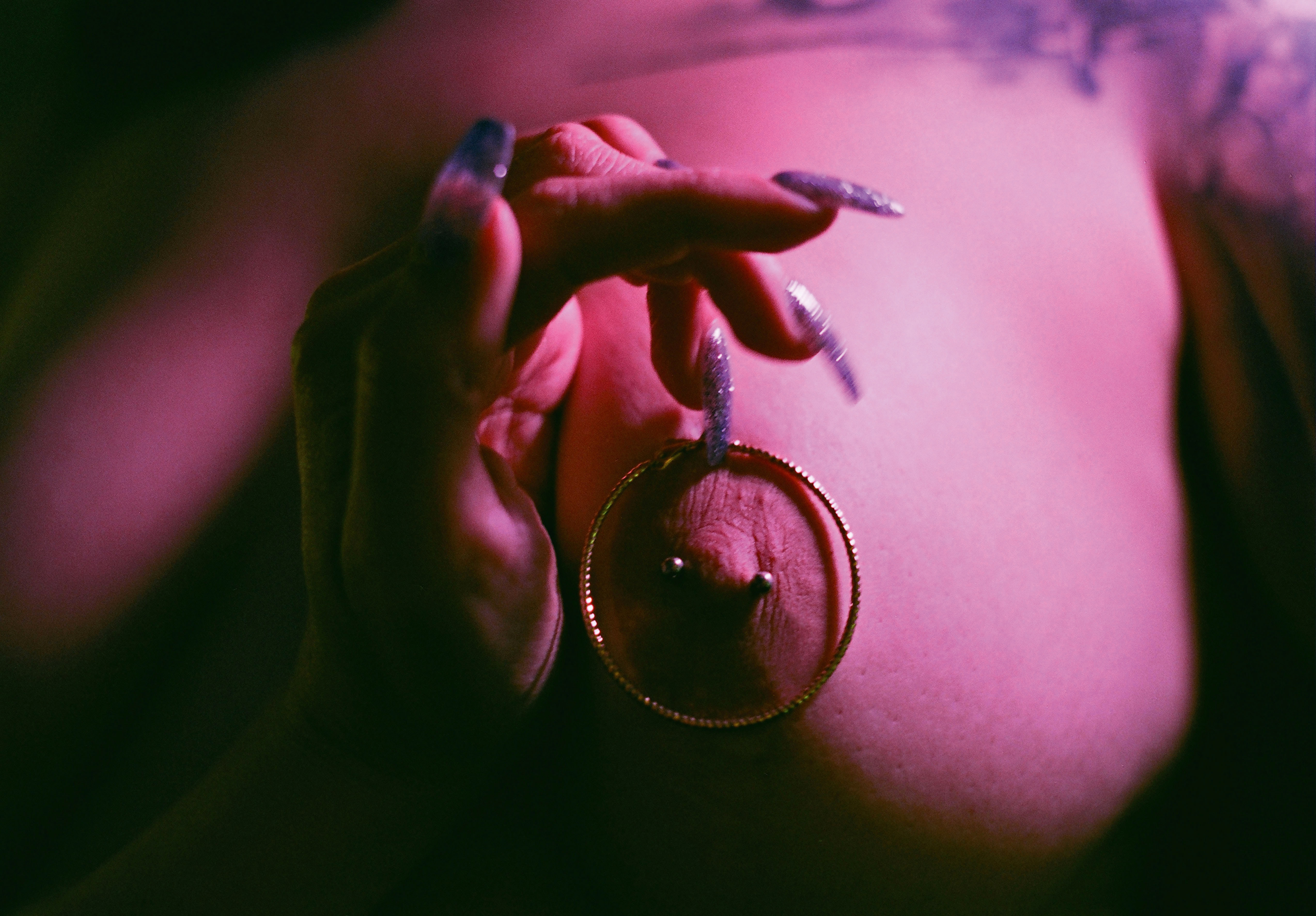 ANNABEL FERNANDES — Do your Japanese clients ever visit you in New York?

MEI KAWAJIRI — All the time. People ask me to move back, but I don’t want to. I’m done with Japan. I love America. People are very positive in New York. Every day, something happens. I get excited just to wake up. If you have no energy or dreams, though, it’s a hard place to live.

ANNABEL FERNANDES — What did you do when you got there?

MEI KAWAJIRI — I worked at a salon. I had an artist’s visa, and for that you need a sponsor, which became the salon. I worked there every day for $10 an hour. It wasn’t much money, but I could promote my work to so many customers. I couldn’t speak English at the time, so I put an iPad on my table with a slideshow of my Tokyo nail styles to show them that I could do anything they wanted.

ANNABEL FERNANDES — It must have allowed you to learn English and get to know American culture.

MEI KAWAJIRI — Yes. On July 4th, for example, people asked for American flags or fireworks, so I would ask them why and basically got educated. They also taught me how to say “thumb,” as I would always say “big finger.” After five months, I realized I couldn’t work outside of the salon. Publications like Harper’s Bazaar contacted me to do the nails for shoots. I wanted to, but I had to ask my manager for the day off. Of course they said no. So I missed all these opportunities. Eventually, when I became freelance, those same customers found me through Instagram.

ANNABEL FERNANDES — How did Harper’s Bazaar find you?

MEI KAWAJIRI — My biggest client is Hannah Bronfman. She would always ask me to put song lyrics on her nails, like by Jay Z. Every time I did her nails, she would post it on her Instagram, and after that, people reached out to me.

ANNABEL FERNANDES — I’ve read that you are the most imitated nail artist.

MEI KAWAJIRI — I started putting hoops through long nails about three months ago. Just like back in the ’90s, when Janet Jackson first did it. After I posted it on Instagram, it became a trend. I create trends, too. I did food nail art for the first time because I didn’t know how to say “croissant.” When I moved to New York, I only ate croissants, one every day. I thought I needed to do a croissant on a nail to show the people at the bakery.

ANNABEL FERNANDES — You used nails as a form of language.

MEI KAWAJIRI — Exactly. If people have no skills to learn a language, then they figure out another way to communicate.

MEI KAWAJIRI — I don’t use stencils. I don’t use stickers. I love using my hands, so mine are all hand-painted. My specialty is 3-D nails. I did Marilyn Manson 3-D nails once. I love the photo that Terry took of Marilyn for Paper magazine, the cover, so I molded his face in acrylic. I haven’t been doing this lately because my mood is different. My favorites, though, are my cigarette butt nails in 3-D. I did those for myself.

ANNABEL FERNANDES — Does your love life affect your nail art?

MEI KAWAJIRI — I’m dating this artist right now. He’s an abstract artist. When I met him, I liked the abstract style of his drawings, and I started to do nails with a Sharpie instead of nail polish. I realized that I don’t always need to use a brush. When I was dating this skateboarder, I used to put the Thrasher logo on one hand and Spitfire Wheels on the other.

ANNABEL FERNANDES — Do you collaborate with a lot of brands?

ANNABEL FERNANDES — Who would you most like to work with?

MEI KAWAJIRI — Male rappers! I want to do Lil Wayne. 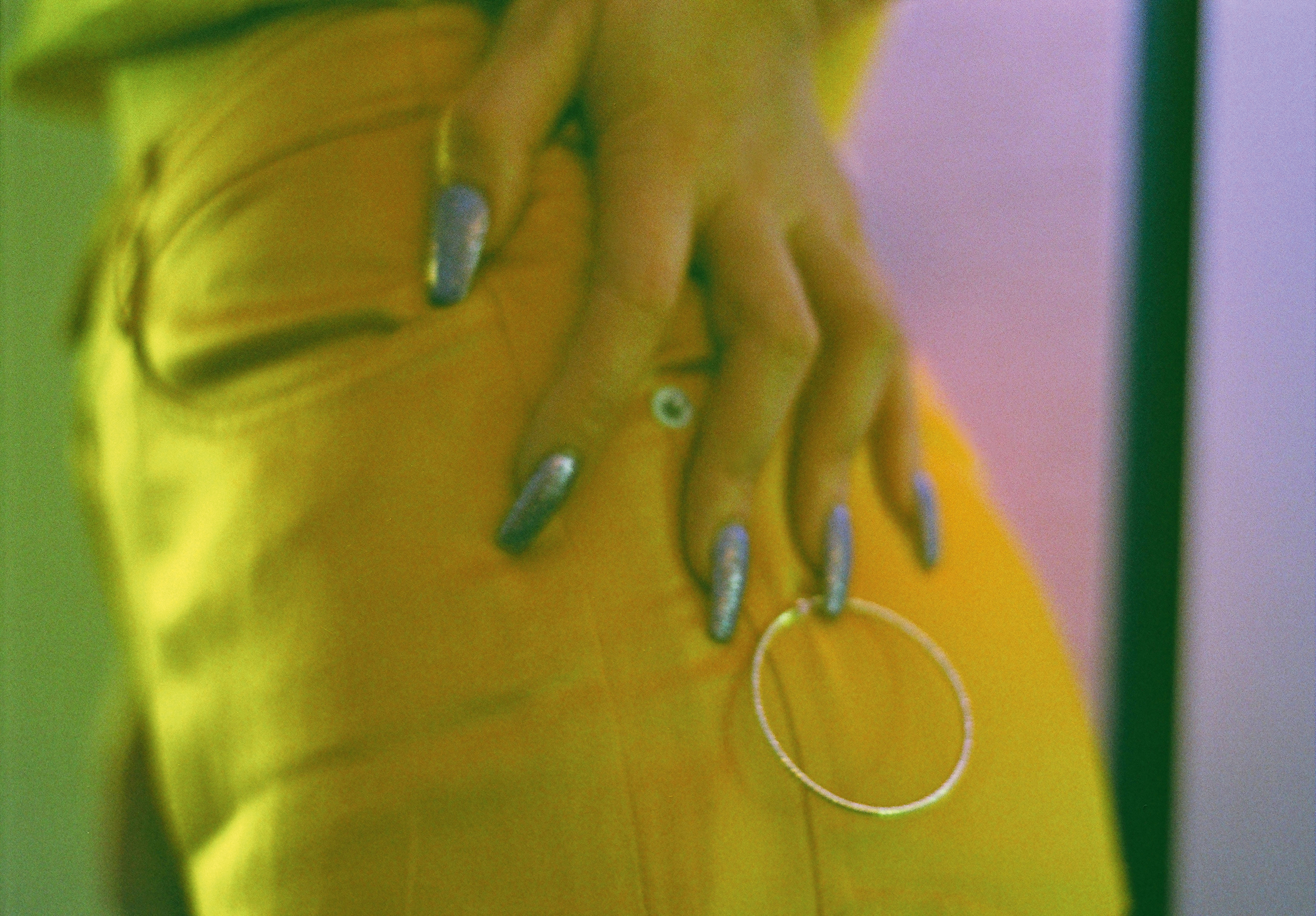