interview and photo by OLIVIER ZAHM

OLIVIER ZAHM — It’s a good time for cacti. Do they always bloom in spring?

CARLOS MORERA — Yeah. In the winter, they go dormant, and so they’re not taking in water. They’re really not moving at all. And it’s basically a technique to conserve energy. But once spring hits, that’s when they start taking in water, growing, and blooming as well. 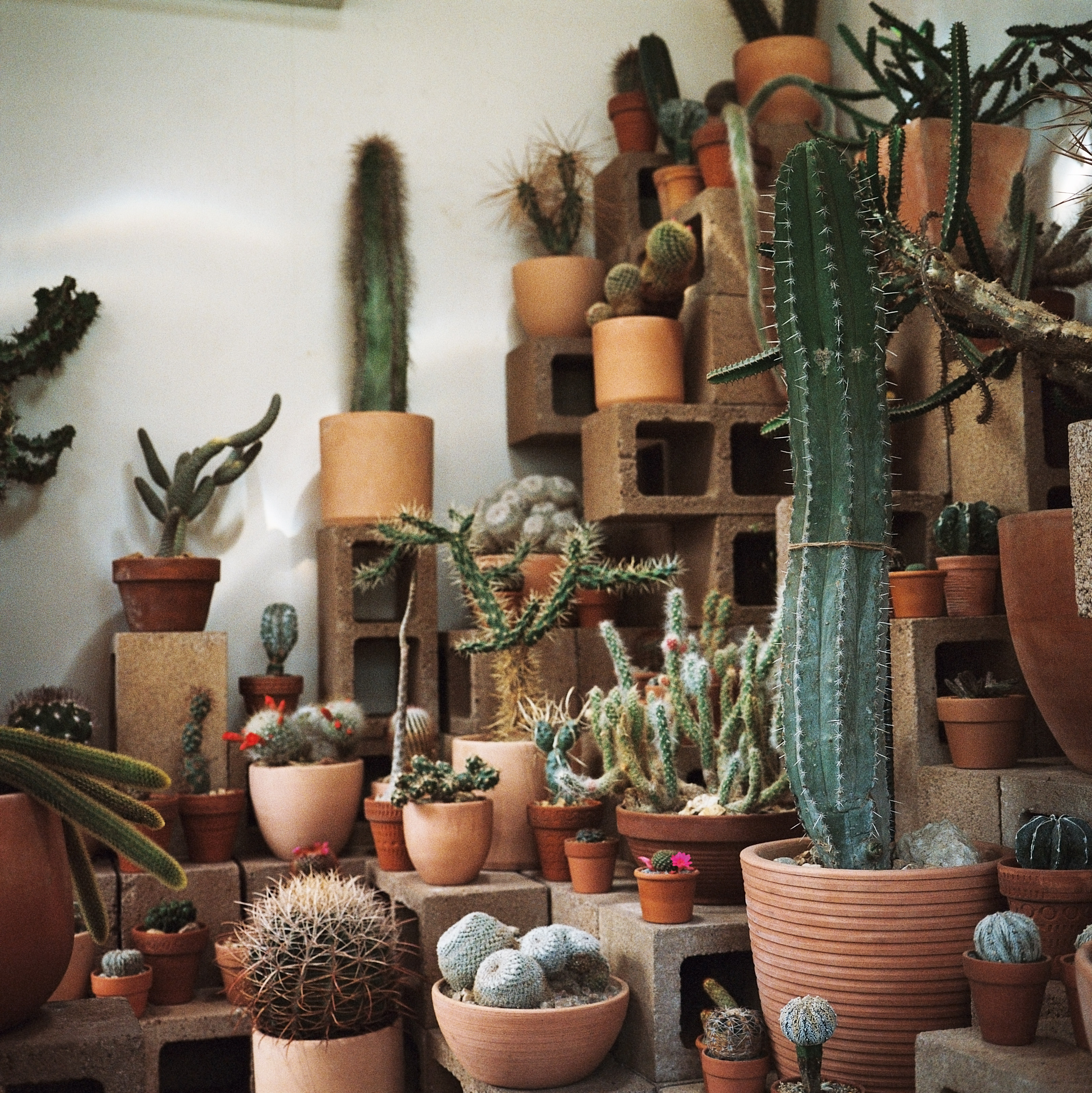 OLIVIER ZAHM — Is that because it’s more humid?

CARLOS MORERA — They take in water because it’s usually the rainy season, and they use that water to grow. But otherwise, they come from such incredibly harsh conditions that if they were growing all the time, they wouldn’t have enough resources, really, to continue living.

CARLOS MORERA — They’re prey in their habitats for animals looking for nutrients and water. I mean, in the middle of the Atacama Desert, where some of these plants grow, it’s so dry that NASA basically used it as testing ground for the Mars Rover.

OLIVIER ZAHM — So they are Martians.

OLIVIER ZAHM — Wow, this one is beautiful. It’s like a sea urchin.

CARLOS MORERA — They haven’t produced seed since the time of Columbus, so no juveniles have come into the population since then. I still have no idea how these plants are surviving. All this research, all these findings, and then at the end of it, it’s still an enigma. And they are only watered by a coastal fog called La Camanchaca.

OLIVIER ZAHM — How do you make a selection of the cacti for your store? It’s complicated because there are so many. 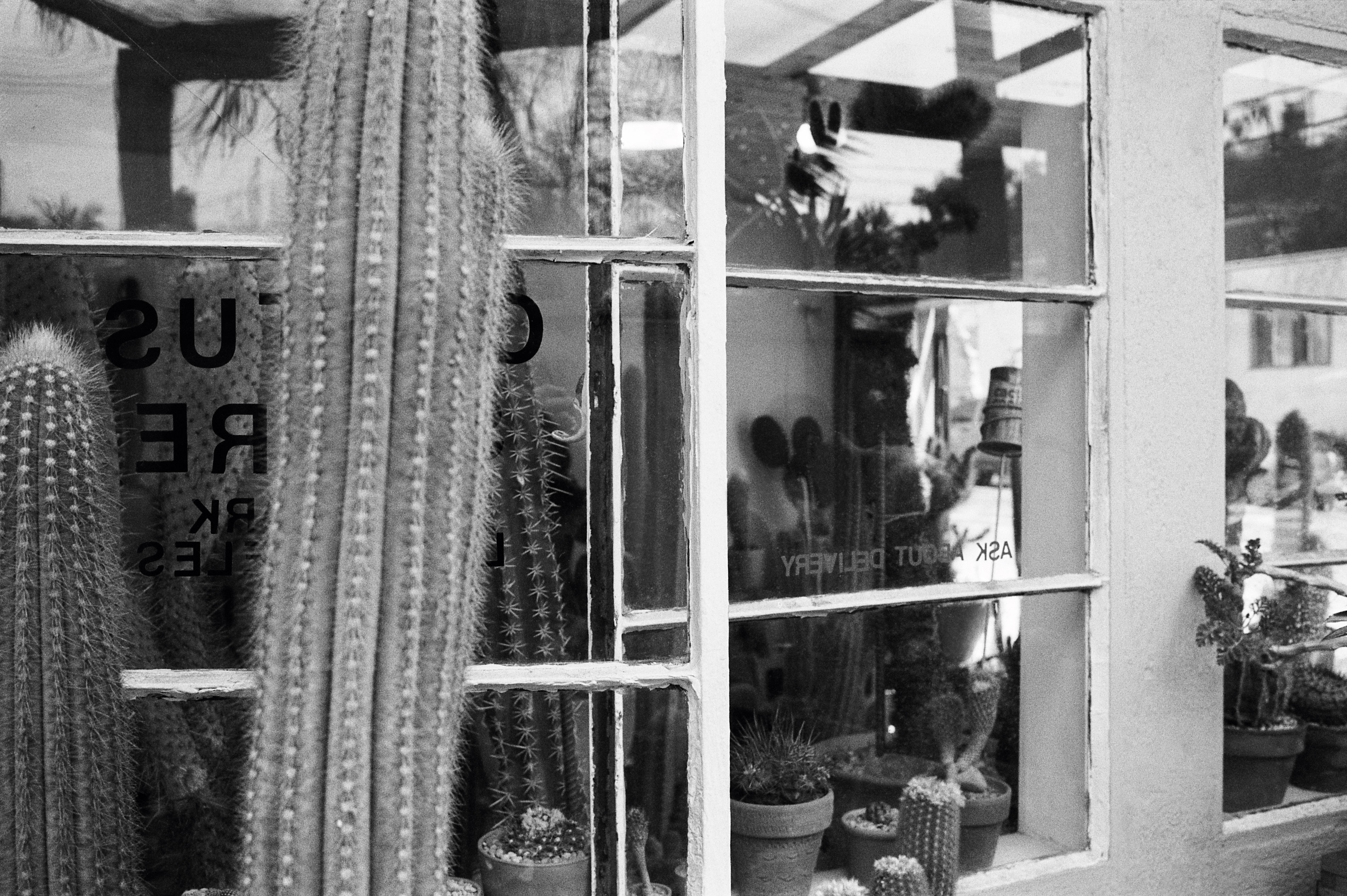 CARLOS MORERA — This 200-square-foot space contains a sort of physical encyclopedia of the variety. So, for example, this plant is a hybrid, Astrophytum, from Japan. In the ’60s, they started breeding them, so they had small variations within this crazy sort of pattern. You can’t really get it in the United States, so we’re bringing this plant in from Japan, ordering it, or getting it from another collector who gets it from Japan.

OLIVIER ZAHM — So there are cactus collectors in LA.

CARLOS MORERA — Oh yeah, big time. It’s like the black market. We get a lot of our plants from collections and from collectors. We recently purchased a collection from this collector who passed away. He was living in Buena Park. He was a plumber.

OLIVIER ZAHM — What’s so fascinating about cacti? Why are people so obsessed with them?

CARLOS MORERA — We asked everyone the same question, and no one could answer it. It’s a weird thing.

CARLOS MORERA — I think so, yeah. And thre is an infinite variety of forms.

OLIVIER ZAHM — It’s a symbol of America, too. 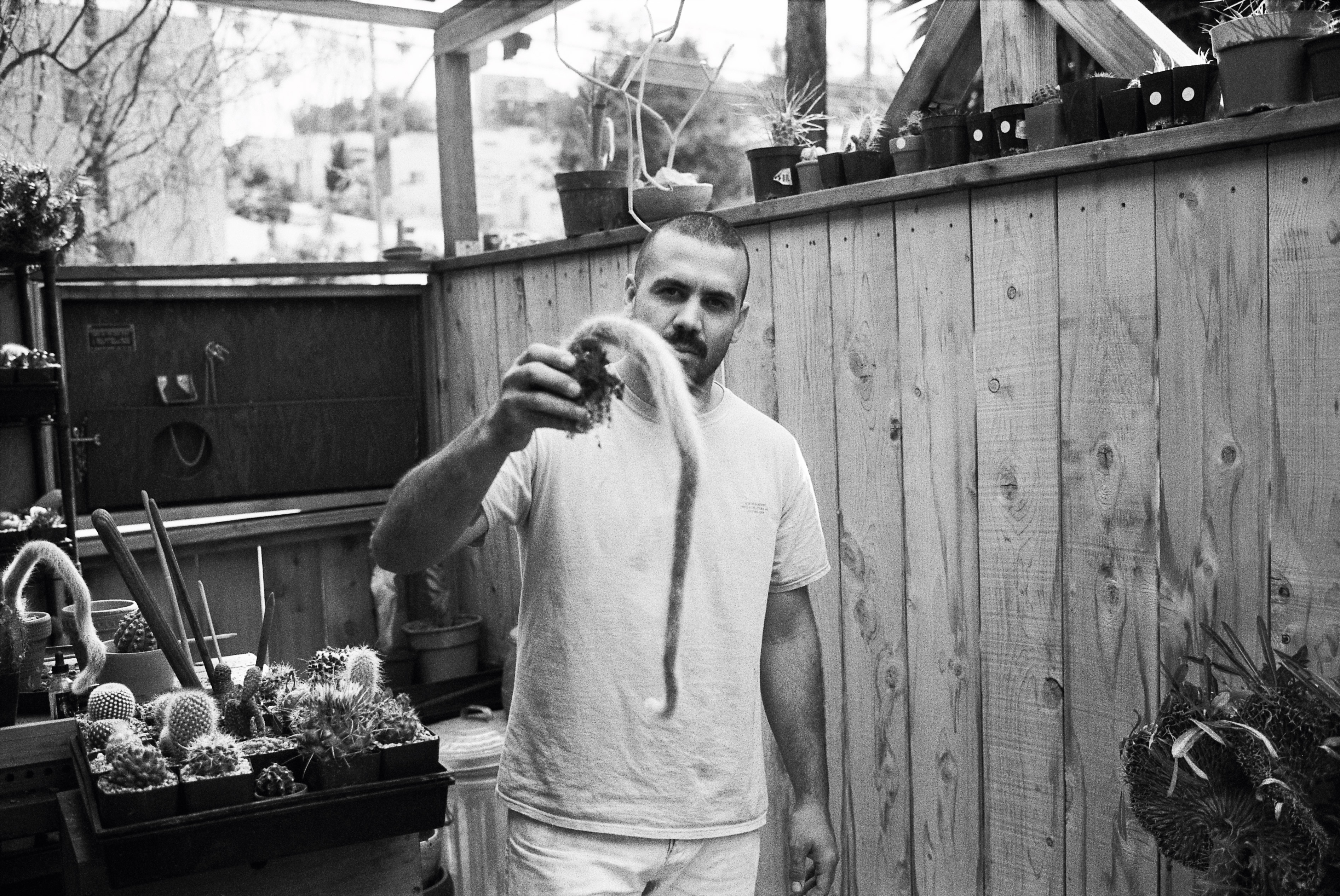 CARLOS MORERA — It’s true, yeah. And I think that another huge component of it is the desert.

OLIVIER ZAHM — There’s a fascination with the desert because it’s also a symbol of resistance in a way. It’s like, how do you resist in conditions that are an impossibility? How do you live on Mars?

CARLOS MORERA — Everybody’s so fascinated with people who are stranded on desert islands. But how about the things that have no chance of escape? They were born out of that isolation, and they thrive there. It’s a really fascinating thing.

OLIVIER ZAHM — It’s a primitive human condition because originally, we are from a place, and we have to adapt.

CARLOS MORERA — Yeah, and we have to come up with many different tactics to survive. And they have, too. Most of these plants can propagate in a multiplicity of ways. These are designed to catch an animal’s fur when they’re walking by, and break off and attach to the animal. The animal goes and goes and goes, and then brushes it off. There are definitely people who believe that these plants have a consciousness because of the intelligence of these fast and varied adaptations to circumstances. It’s almost like they must have some sort of primitive form of intelligence. I mean, all nature does, but it’s like consciousness, almost.

OLIVIER ZAHM — And also, if you find a cactus in the desert, you can survive.

CARLOS MORERA — It’s an old myth. I don’t know how true it is.

OLIVIER ZAHM — Can you drink its water?

CARLOS MORERA — I don’t think so, but you could eat it and get some nutrients. There are plenty of animals that survive by eating these plants. I mean, that Opuntia right there next to the window is from the Galápagos Islands. That’s one of the rarest plants we’ve ever had in here because in the Galápagos, plants and animals are super-protected. And so these probably were smuggled out a long, long time ago, and then a collector grew them. The tortoise in the Galápagos, literally, that’s their food. They eat those paddles. Can you imagine?

OLIVIER ZAHM — You have an amazing and very rare selection. Is it expensive?

CARLOS MORERA — Yeah, we do a lot of single-plant purchasing.

OLIVIER ZAHM — So it’s like buying art, in a way. 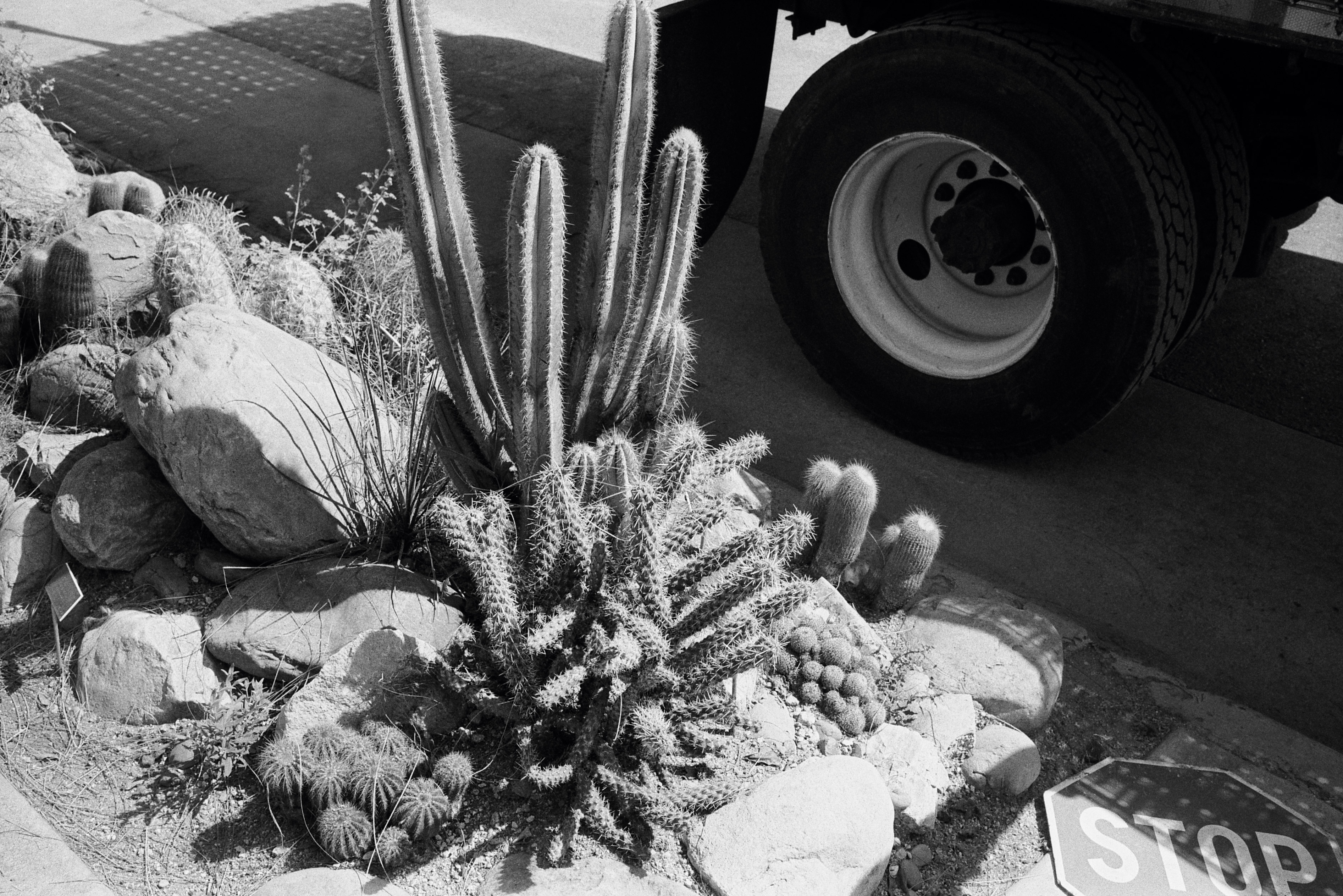 CARLOS MORERA — It is, yeah. And we try to model the store after what it feels like to walk into a collector’s greenhouse.

CARLOS MORERA — Yeah, you can plant them in the ground. They’ll grow three times as fast just because they have unlimited nutrients in the ground. But we put them in pots to accentuate that these plants are special specimens. They don’t come in plastic. And they’re sort of points of meditation.

OLIVIER ZAHM — So you spend all your time with the cacti now? You used to be a graphic designer.

CARLOS MORERA — Yeah. I used to do graphic design, and yeah, when we started, I wanted to do something that didn’t have to do with clients and was self-sufficient in its own way. And I’ve been collecting cactus for 12, 13 years now.

OLIVIER ZAHM — You have so much to say about this.

CARLOS MORERA — There’s a lot, yeah. There’s a lot of mysticism that surrounds these plants — so much legend and lore. And so we as a store really try to collect that stuff.

OLIVIER ZAHM — It’s not so well known. It’s still an underground culture. You don’t find so much on the Internet or in magazines.

CARLOS MORERA — Yeah, I know. We spend a lot of time in old people’s yards. 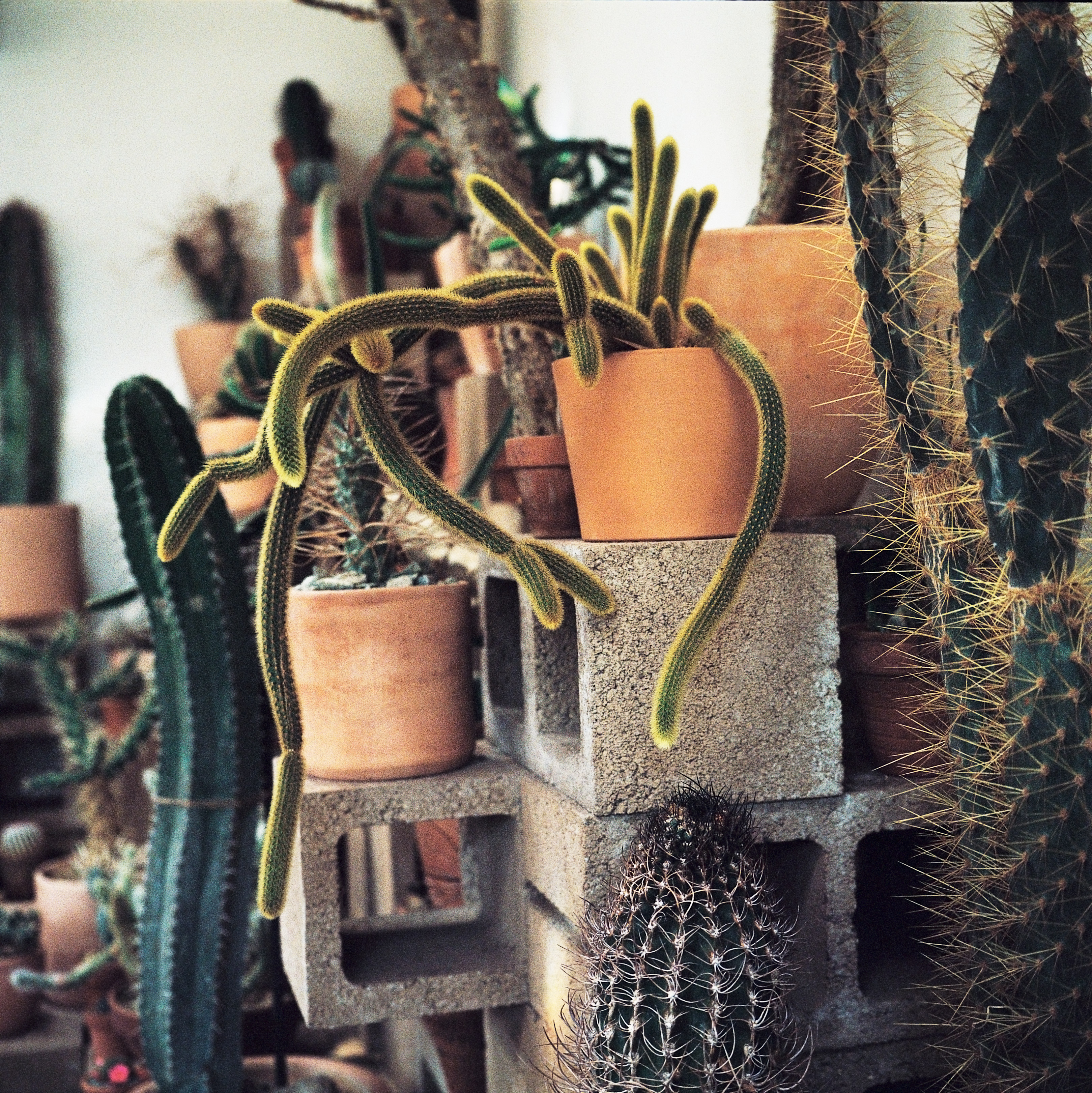