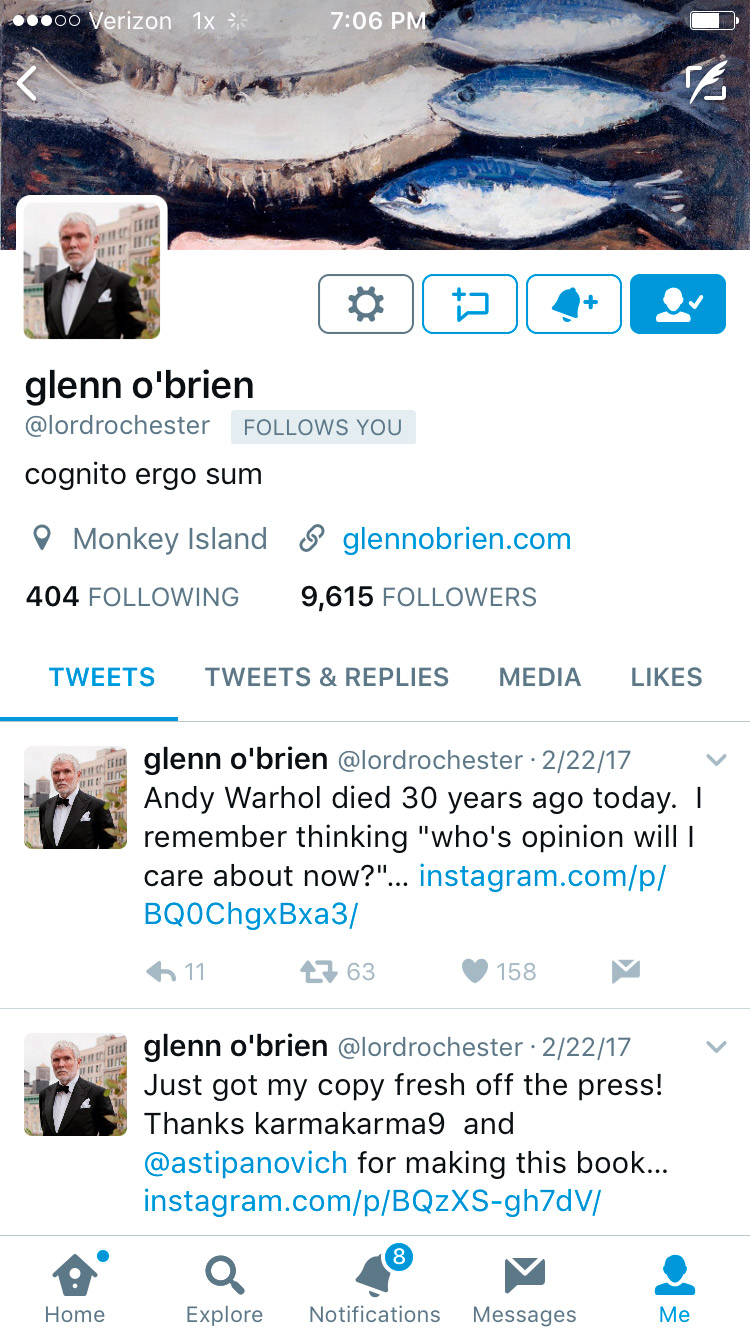 And the Oscar goes to…

Heyday…
Prime peak pinnacle summit high point zenith
Hey… back in the day…
Uncle Floyd/Joe Franklyn
TV Party… is there a word to describe the attitude that Glenn would use to hang up on a caller who would phone in on the show? What would that be? It’s not sarcastic. Not mean. Not punk. Not dismissive. Crotchety. Not fed up. Not cavalier. Not “I’m better than you.” It wasn’t a put-down. What’s the word I’m looking for? Educated?
1978-1982
TV Party was also an EP recorded by Black Flag in 1982.
Urban dictionary defines “TV Party” as a place where everyone watches TV, eats junk food, and gets drunk off their asses all night.

Romper Room, Captain Kangaroo, Winky Dink and You. Playboy After Dark. The Smothers Brothers. The Magic Garden and The New Andy Griffith Show. Glenn was part of all that.

Graduated from Columbia Graduate School of Arts and Sciences, Georgetown University. I didn’t know that. I thought he dropped out of the New School and became a charter member of SDS.
Glenn is political. He eats politics. He sleeps politics. But he doesn’t drink politics.

Glenn coined the phrase “editor-at-large” working for High Times in the late ’70s.

In 2008 Glenn was named Editorial Director of Brant Publications… care to comment? No. Let’s just say they didn’t give him a round bed, a refrigerator filled with Pepsi, and a Franz Kline.

The Style Guy.
How To Be A Man.
Bestseller.
Your sign here.
If anyone asks.
Yeah, you should read it.
It’s how to be a human being.

I met him in 1984.
Not sure exactly where, but let’s just say it was at Paul’s Lounge on 10th and Second or Third Avenue? It was our living room for a while. And we would watch the Knicks before he scored season tickets with his good friend Christopher Wool.
We rented a place out near Sag Harbor together one summer. I don’t remember a thing about that summer, except I think we both got Lyme disease.
I think we both got Lyme disease. See, that’s how you remember. You start saying things twice.

He’s Lord Rochester on Twitter, and now he’s got a new TV show on Apple TV, Tea at The Beatrice Inn. He interviews people. Or maybe just talks with them.
Them… people Glenn wants to talk to. It’s not like Charlie Rose, or maybe it is. The new Charlie, Charlie Company. It’s civilized, and he’s not trying to show off. He’s the center of attention, and he doesn’t care about the attention. He wants to give you a good talking-to.

He re-invents himself yet again.
He gives names to perfumes.
He solves your sartorial conundrums… you got a problem with black shirts or dad’s jeans? Ask the professor.

What did he say? “Style is what you’re doing.”

Glenn and I once belonged to the same golf club. Yeah, I know what you’re thinking. Golf. So, OK, surfing is cool and we get it. Hang 10. Tall and tan and the girl from Ipanema. You can look cool for 10 seconds riding those huge two-footers out past the Surf Lodge in Montauk. But the thing about golf is, it’s handicapped. That’s the point. So you can bet. It’s not a lifestyle. It’s not a sport. You play for money. Ever stand over an eight-foot putt for 15 thousand dollars? No? Try it someday. We belonged to this place called Green Briar. Or Green Meadows. Green something. It was off the Route 27 just before you get to Southampton. Hampton Hills. That was it. Shecky Greene was a member. I think underneath the fairways was where the Goodfellas who ran the place buried some of their contract killings. I don’t know. We were always afraid of taking too much of a divot.

While playing golf the other day, Glenn hit two good balls… he stepped on a rake.

I’ve never seen Glenn in a turtleneck. Or smoke a pipe.
Glenn’s not beat. He’s not hippy. He’s not punk. He’s never belonged to a cult.
He’s lived in New York his whole life.
I once heard Glenn referred to as the new Tom Wolfe.
That’s an insult.
Tom Wolfe is a fraud.
Glenn is genuine. Informed. And a really good writer.
Don’t take my word for it.
Take his word… please.
It’s one of the best books written by my generation.
Glenn is my generation. The best of our generation never gave a shit. Ask our friend John. John was named after a toilet. The sweet smell of success. Match me Sidney. 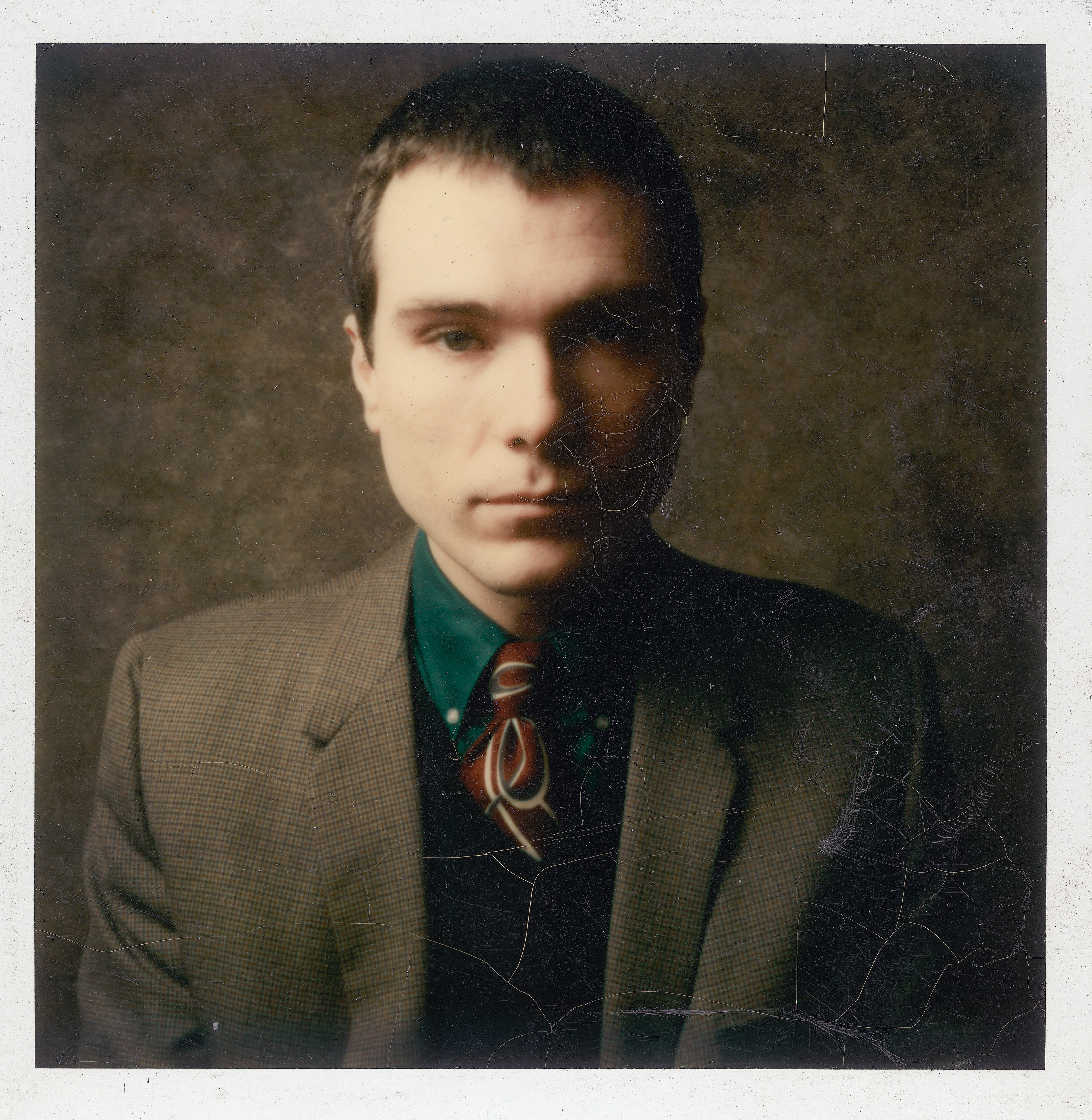 Glenn makes it seem simple.
He makes it seem like you could do it too.
And who knows, maybe you could.
Maybe that’s the point.
Glenn just wants you to think there’s nothing wrong with him. And there isn’t.
Glenn is foolproofed.

Oscar Levant, Jackie Vernon, BS Pully: Put those three together and you’ve got a little Glenn.

Oscar Levant. Neurotic, hypochondriac, compulsive, caustic.
After receiving his draft notice, one of the army’s examiners asked him, “Do you think you can kill?” to which Oscar replied,
“I don’t know about strangers, but friends, yes.” He was classified 4-F and sent back to civilian life.