The Los Angeles artist Rosson Crow’s large-scale paintings emit a startling combination of gaudy decoration and underground sleaze. Her work is celebrated for its exuberant depictions of nostalgialaden interiors that blend historical allusion and theatrical illusion. The work also stands out for its hallucinogenic spaces, with interiors fracturing and distorting from realistic representation into abstraction and surrealism, and “teetering,” as she puts it, “between claustrophobic and agoraphobic.”

AARON ROSE — There is something very theatrical about your paintings. They almost feel like empty sets. Do you have any background in theater?

ROSSON CROW — I studied it a little, but never heavily. For a while, when I was thinking about graduate school, there was a moment when I was trying to decide whether to go into painting, acting, or film. I had also done some video art, which wasn’t very filmic, but I was acting in them. In retrospect, they were horrible! I wouldn’t show them now, but those things were always part of my work. The paintings feel more theatrical: They got bigger, and the larger the canvas was, the more performative it felt to make them. They really began to feel like sets, both in the process of me making them and also in the way the viewer was experiencing them. My mother was an interior designer, and that was very influential on me. I think that’s why I’m so fascinated by the psychology of different spaces and their histories. You know, the ghosts that are still in them. 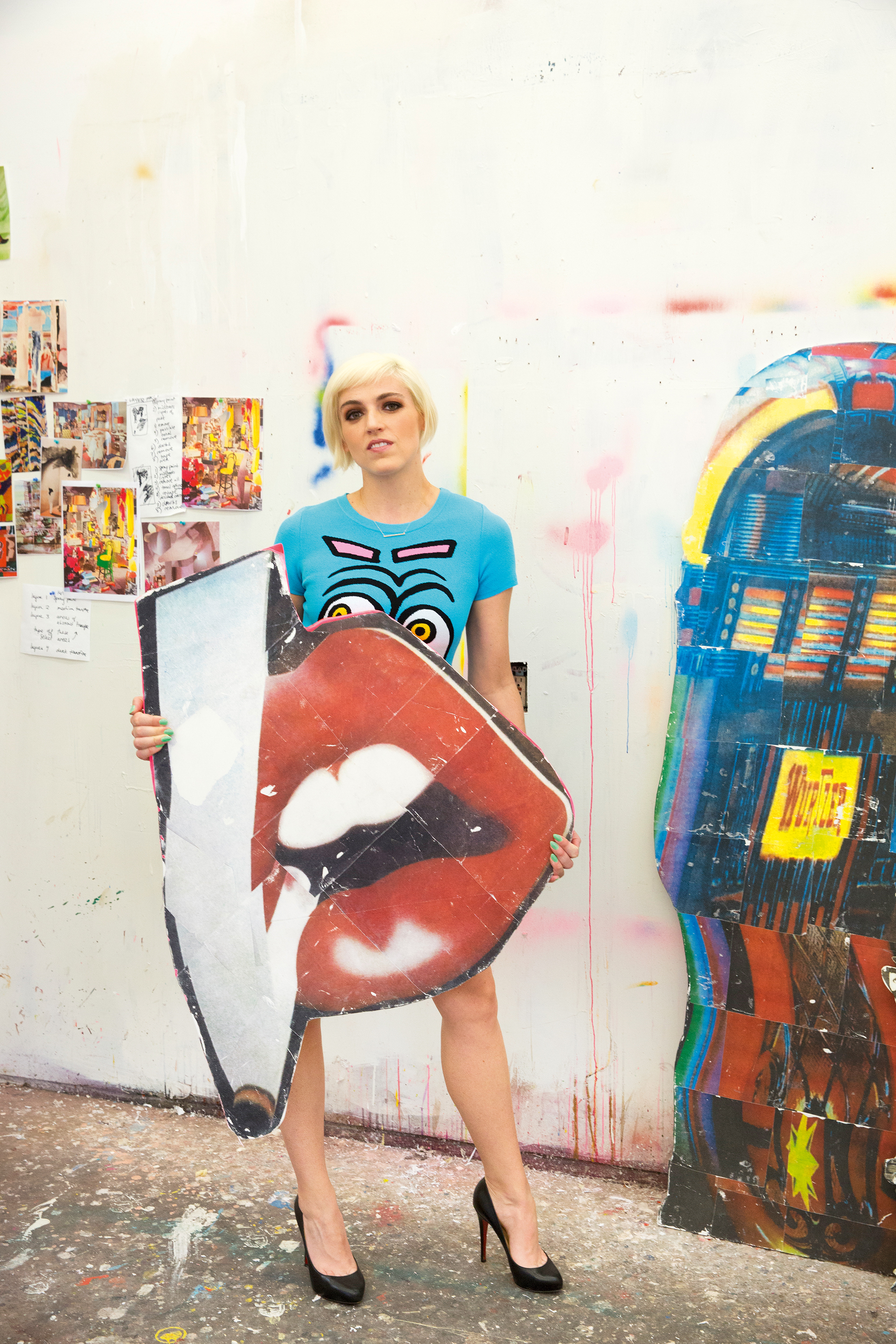 AARON ROSE — Is that why you never include figures in your environments? There’s definitely something very haunting about your work.

ROSSON CROW — Personally I feel they work better as a set that the viewer can experience without including any figures. People can project what they want into the spaces. Also, I am not remotely interested in painting figures. I feel the works are more powerful when they are these empty spaces.

AARON ROSE — When you look behind the colorful surface of your paintings, they’re actually quite dark and damaged.

ROSSON CROW — I don’t know if it’s conscious. I’m definitely interested in dark histories and traumatic historical events that have changed the psyche of the nation. That’s one reason why I’ve been obsessed with the Kennedy assassination. Currently I’ve been very interested in different evangelical religions. I don’t know why I’m drawn to dark themes. I think there’s also a bit of sadistic fun in there for me. For example, I just bought all these old bumper stickers at the flea market. One of them says, “A Woman’s Place Is in the Mall.” I’m going to put that into one of my new paintings! Obviously I don’t agree with it, but I think it’s ridiculous. It’s really fucked up! But it’s interesting to me that somebody created that. 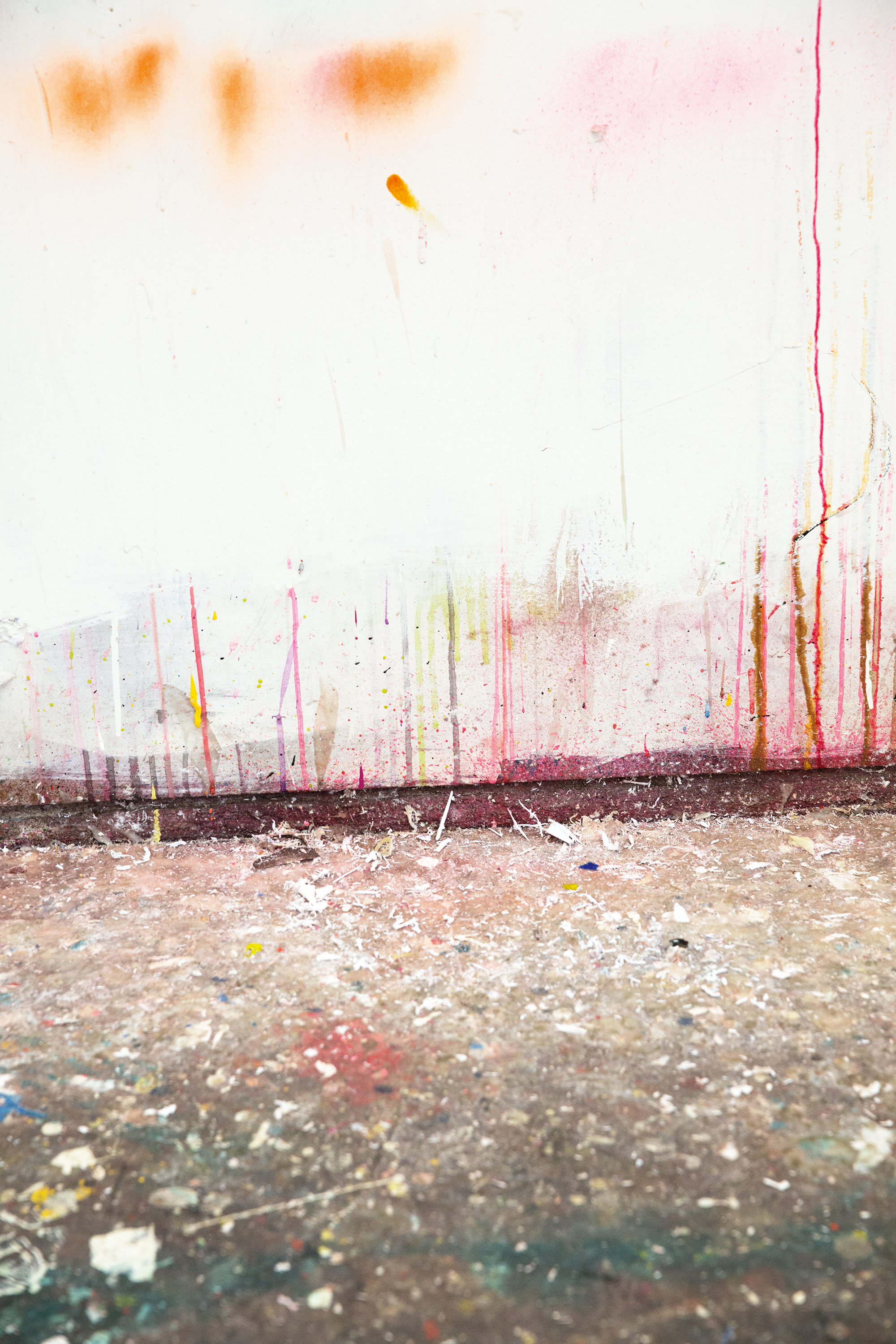 AARON ROSE — So it’s like there’s this small sense of deviousness in your work?

ROSSON CROW — Yes. I just started this painting that I’m calling The Texas Board of Education, and there are all these stills from these textbooks from Texas. You know, there are these theories about how dinosaurs existed at the same time as Jesus. They really think that Jesus was riding dinosaurs! Just crazy stuff that is just unbelievable if you go down that rabbit hole. But these are real things that are happening in America. These theories are in textbooks in Texas, and whether we want to admit it or not, they affect our lives!

AARON ROSE — Do you think this all has to do with the fact that you’re an American girl?

ROSSON CROW — For a while, I was really into European history, particularly French history. I had a real love for France, and I made a lot of paintings about that. Then I moved to Paris for a while, and I realized that what I loved was the fake version, the Las Vegas version of Paris. The artificial history was more interesting to me than the real story. So this idea of America and “manifest destiny” and the West and creating our own history and writing it down…

ROSSON CROW — Yeah. Cowboys and ghost towns and Vegas, and then it all ends up in Hollywood, which is the ultimate  dream factory. That has a lot to do with why
sets and historical facades find their way into my work. I love the originals, too, but the re-creations are really intriguing to me. When I first started painting interior spaces, I was obsessed with the period rooms at the Met [Metropolitan Museum of Art]. I would go there at least once a week and peek behind the walls and see how they lit them and try to figure out all the tricks of how they created those spaces. They really make you feel like you’re in this 18th-century French salon. 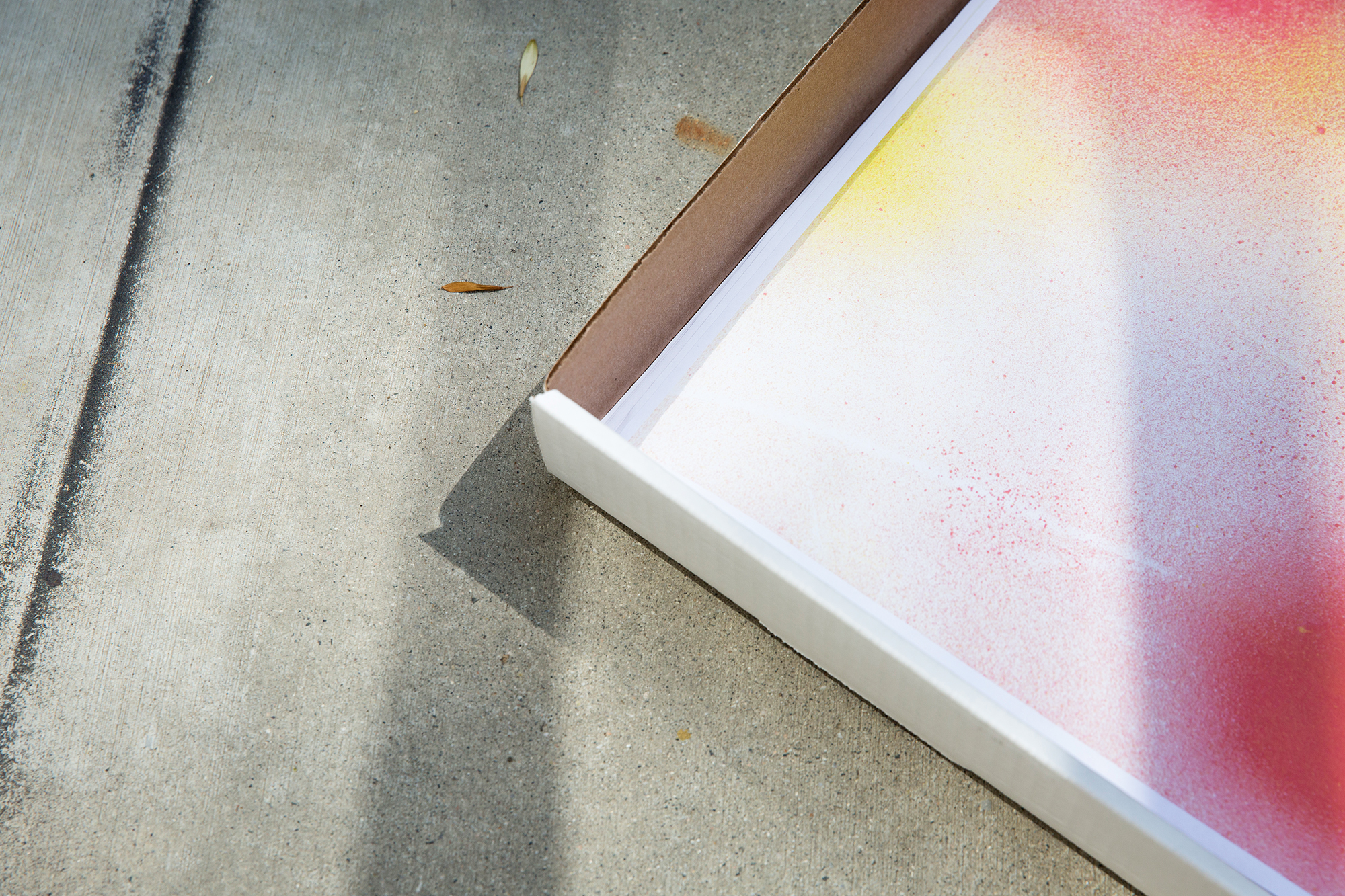 AARON ROSE — There’s a real roughness in your technique. Much of your imagery is very refined, but there are drips and slashes, and almost an aesthetic of vandalism in there, as well.

ROSSON CROW — Well, I abhor fussiness. To me, that’s the worst thing a piece of art can be. I’m not that way about my work, and I never approach it that way. I feel
that paintings should have energy and life. Perfection isn’t important to me. Some days I’ll add elements that are a bit more refined, and then the next time I work on it, I’ll be more destructive. Some of the refined elements remain, but some get taken out or painted over. The energy of the piece is always the most important to me. 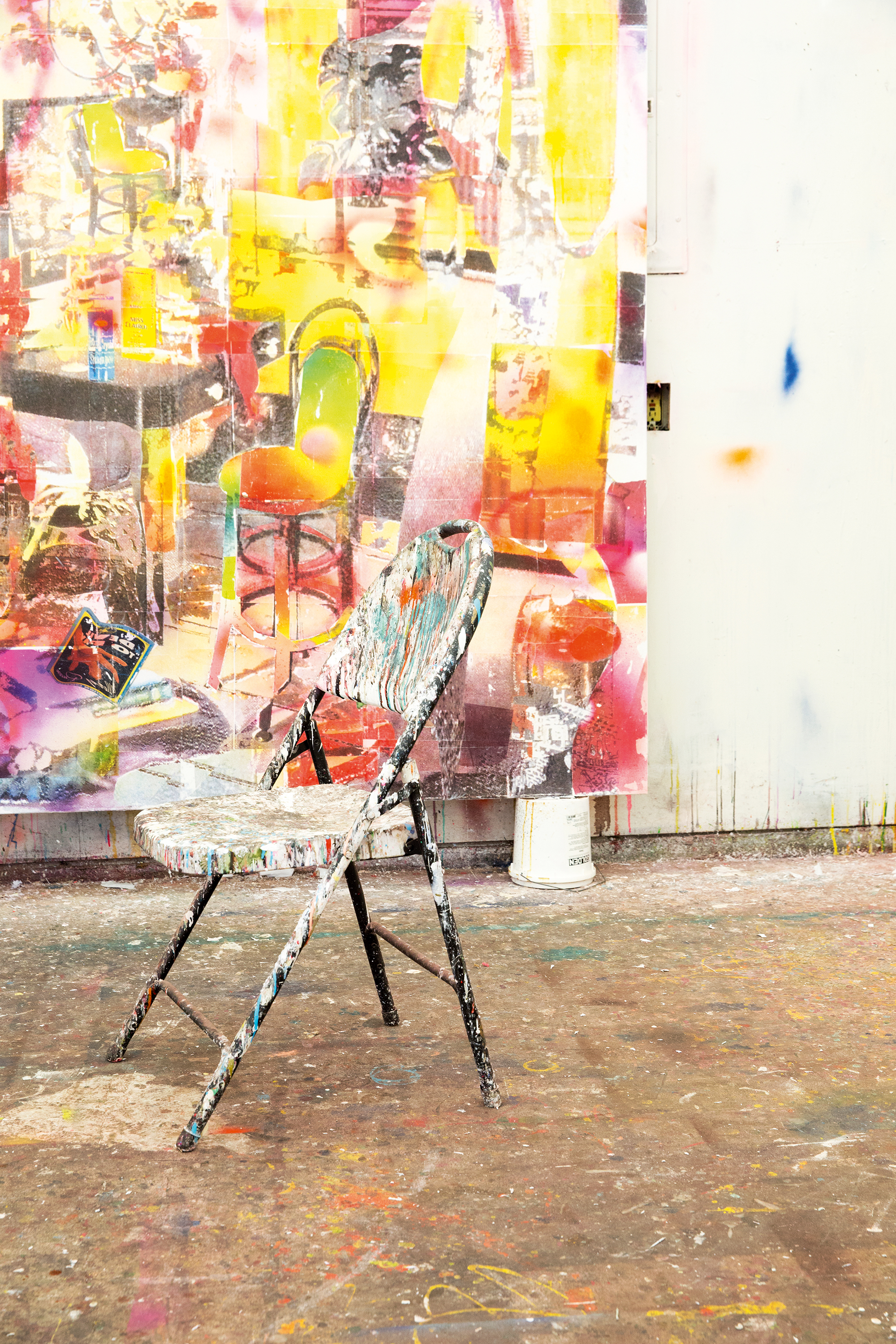 AARON ROSE — Would you consider it a visual technique, or something that is more inherent to the meaning?

ROSSON CROW — I think it’s both. I’m speaking about the covering over of history, of layering it, and that happens in Los Angeles all the time. Historical buildings are torn down all the time, and nothing is sacred. Also, just mentally, the idea of history being changed and rewritten is a constant theme for me.