San Francisco artist Ron Nagle has made ceramic art since the days of the California Clay Movement in the mid-1960s. Under-recognized because he uses a minority art form and a small format, Ron Nagle is nevertheless a master of this delicate art, which has recently become fashionable. Nagle pioneered the ironic ambiguity we see now among art, design, and decoration (like the Italian Memphis Group’s designs) — and even pastry and jewelry. His time has arrived. 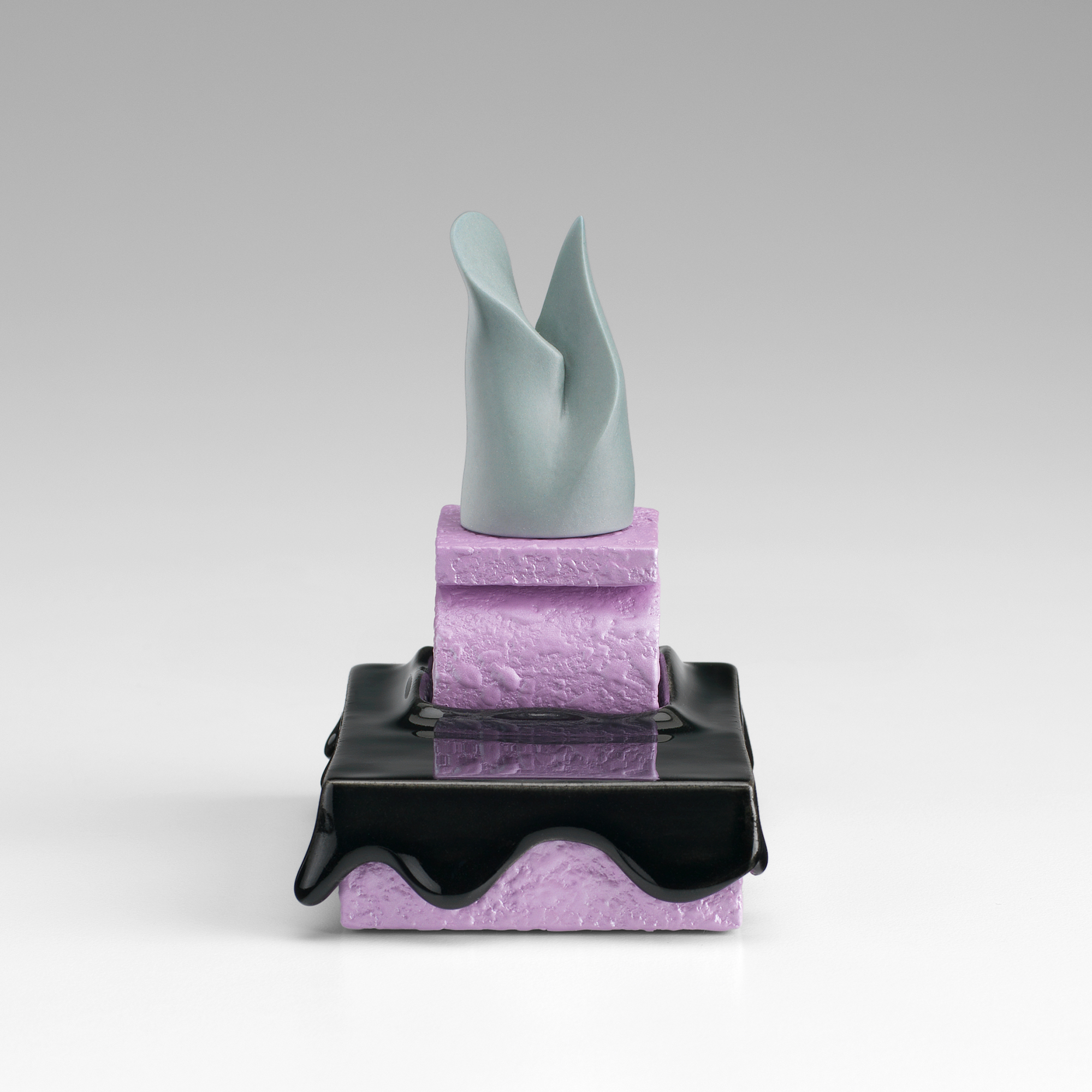 Ron Nagle (b. 1939) was a ceramics major in college who went on to become one of the innovators of contemporary ceramics, best known as the California Clay Movement or the American Clay Revolution. Foremost among its innovators were Robert Arneson (1930-1992), who made figurative objects, many of which were surprisingly realistic, and comic self-portraits, some larger than life; Ken Price (1935- 2012), who made small, geometrically abstract stoneware objects; and Peter Voulkos (1924-2002), who pieced together large clay sculptures, as tall as two meters, which he called “stacks.” For 50 years, Nagle, who apprenticed with Voulkos, has been making small, abstract, colorful ceramics as varied as cars, clothes, food, and plants. He doesn’t like to be labeled a ceramicist. He’s an artist. 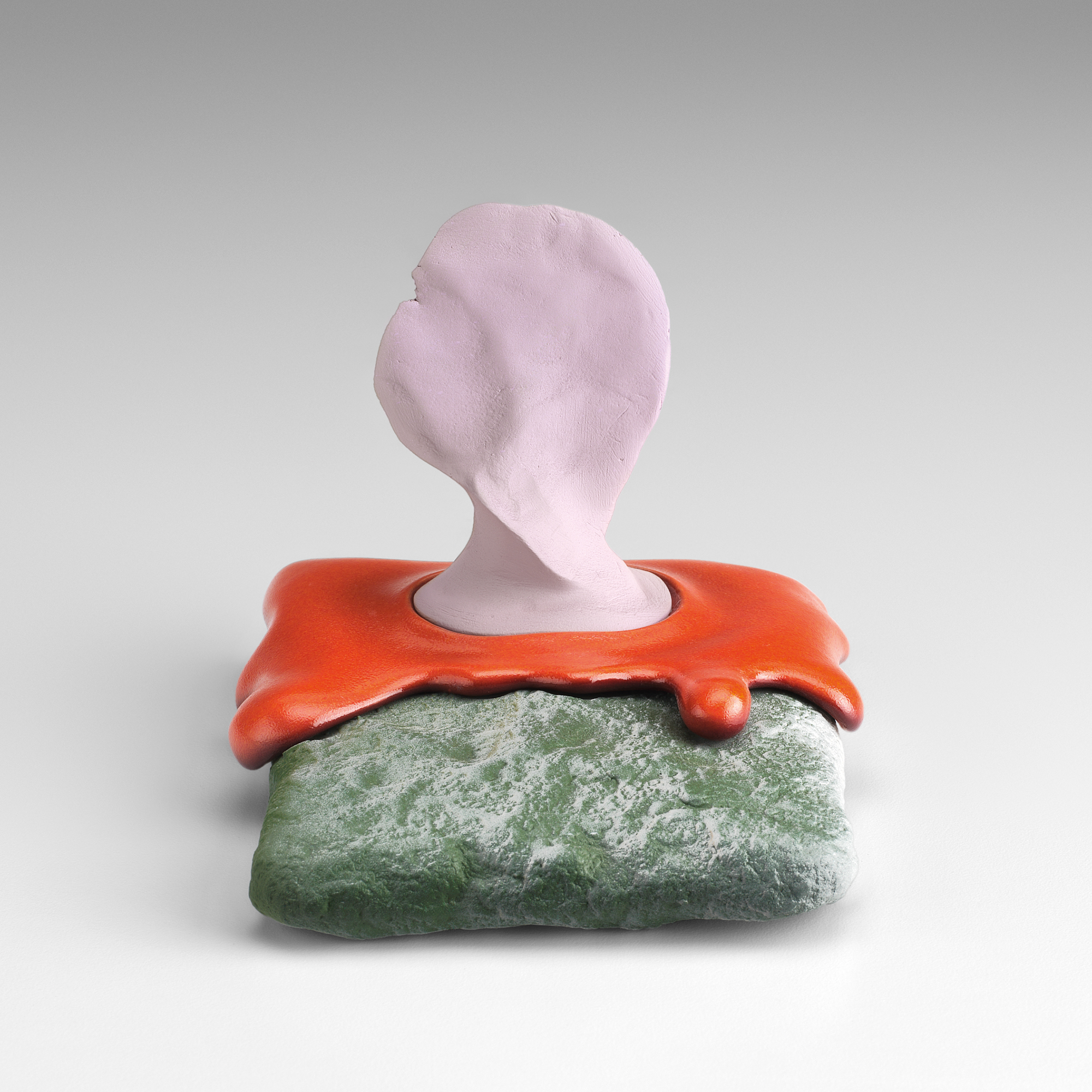 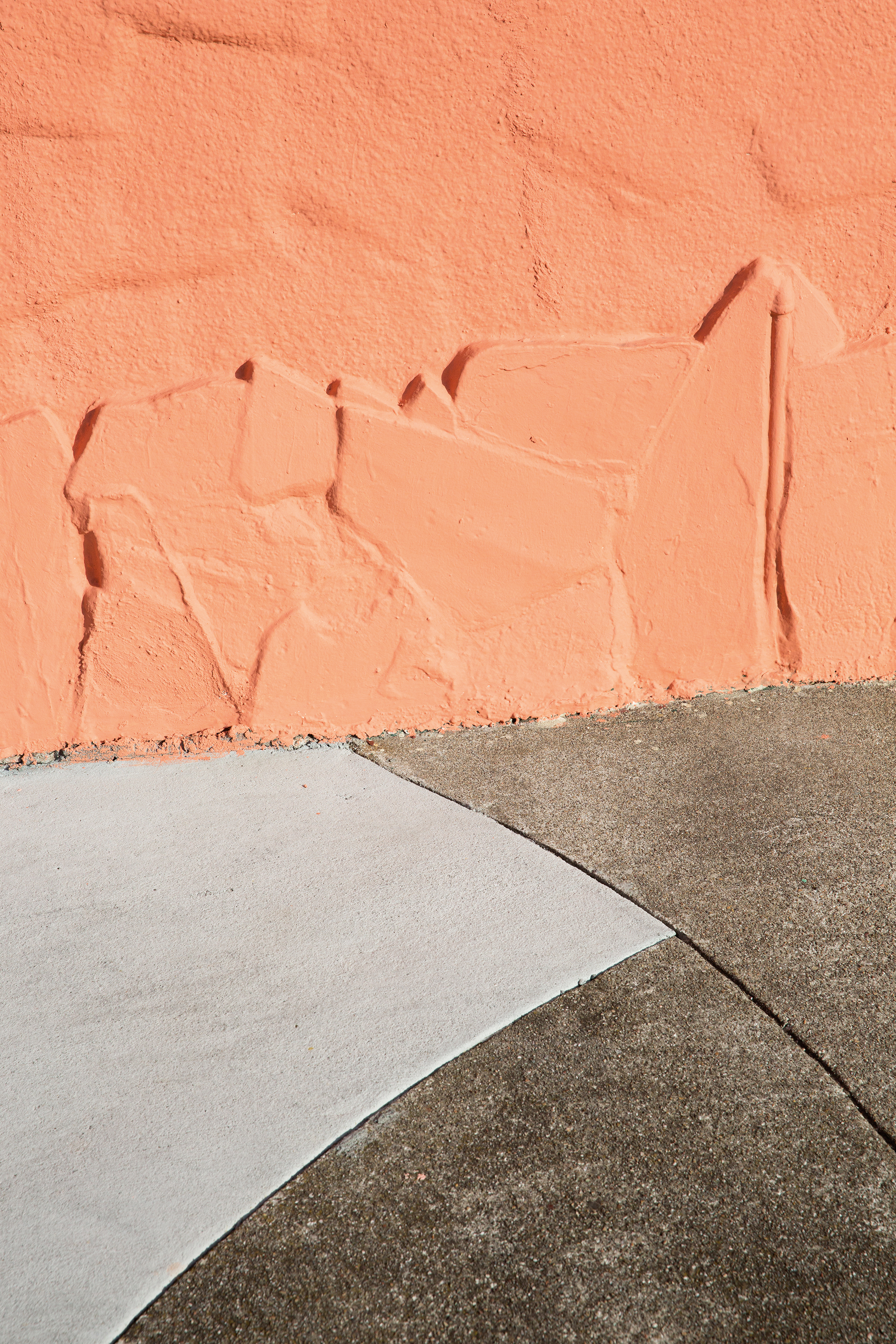 Ceramics is a detail medium, mashed together from inside to outside. A metaphor for Adam’s clay, pottery, porcelain, clay works, and ceramics are considered to be as derivative as Eve’s rib from the sturdier body called Art. Ceramics are seen as domestic or utilitarian art forms rather than heroic or magisterial ones. It’s a fragile art, like ancient pottery, Renaissance ceramics, Asian vases, and Fabergé eggs; these highly crafted objects are set in vitrines in a side gallery in museums. It’s not simply that they are small. Picasso’s small bronze Glass of Absinthe, from 1914, used to sit in a vitrine at the Museum of Modern Art in New York alongside Jasper Johns’ Painted Bronze of two cans of Ballantine Ale, from 1960 — the museum’s version of grandmother’s dining room display. Ceramics are not stone, bronze, or iron; they are earthy, soft, and breakable, and rarely withstand the forces of time. They are female and commercial, not male and heroic. Ergo, it’s not serious art; it’s a sideline attraction, and a second or even third-tier art form. 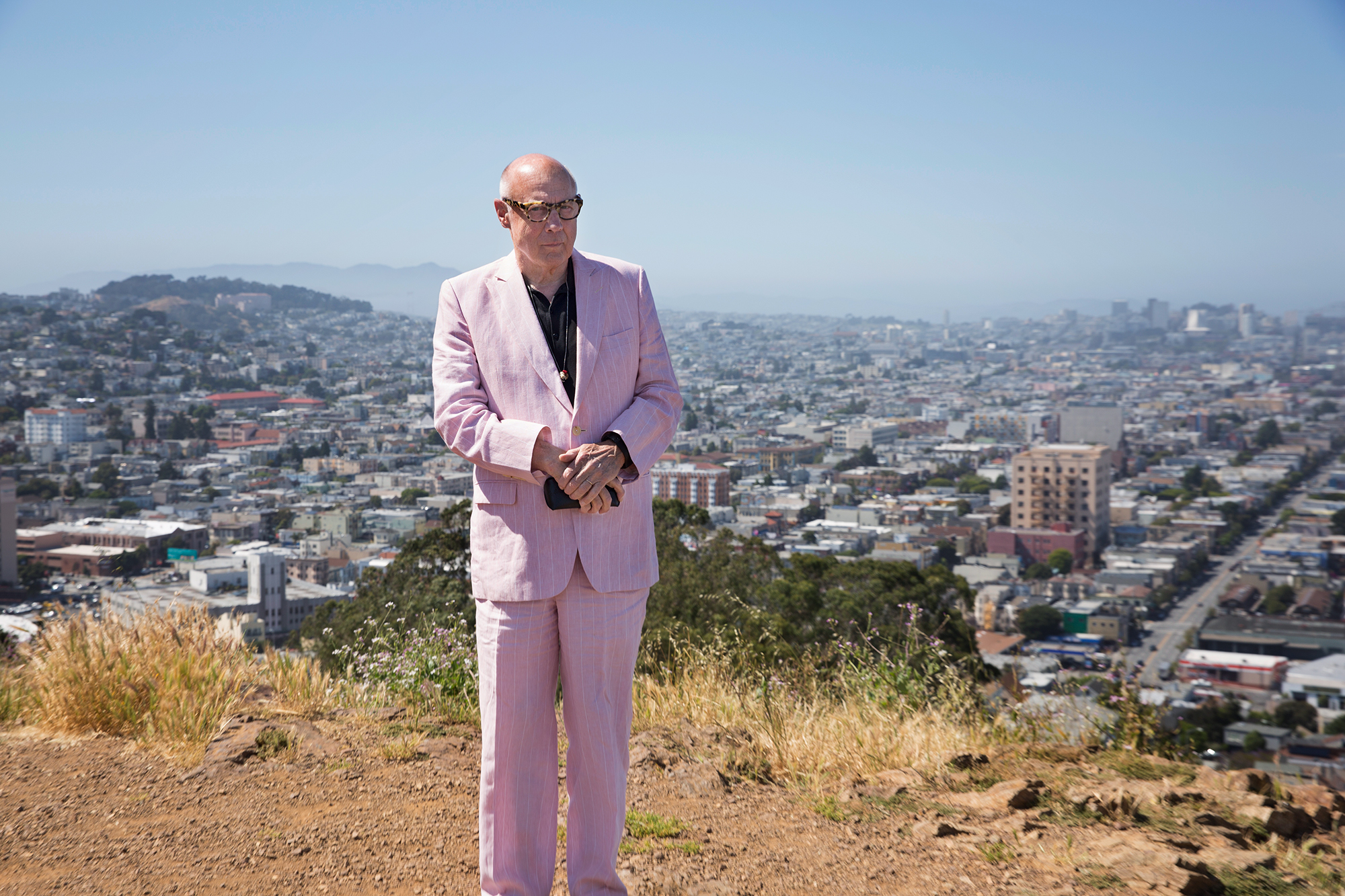 The American Clay Revolution happened in California in the mid- 1960s because there wasn’t (yet) an art world to speak of there: no magazines, few galleries, no art community strong or big enough to establish a movement that could compete with Europe or New York. What Californians knew about New York art they learned from magazines. They also lived in an environment of sun and space rather than gridded streets and tenement housing. However, that geographical distance allowed greater freedom to improvise, without New York’s critical restrictions — the tacit agreement that paintings should be flat and sculptures should be non-figurative, non-painted forms. (Clement Greenberg, the progenitor of this dogma and executor of sculptor David Smith’s estate, had the color stripped off Smith’s metal sculptures. No one complained.) California’s Light and Space movement — by Larry Bell, James Turrell, Robert Irwin, to name a few — was strikingly different from New York Minimalism and tended to exhibit a “finish fetish,” a derogatory term for art that had the clean lines of a hot rod or a surfboard. But California was the creative hub of surfing and custom cars (called hot rods). These folk arts from America’s sunny side were as influential as rock ‘n’ roll, television, and advertising. Americans start driving at the age of 16; cars were inexpensive and served as a young person’s escape pod. 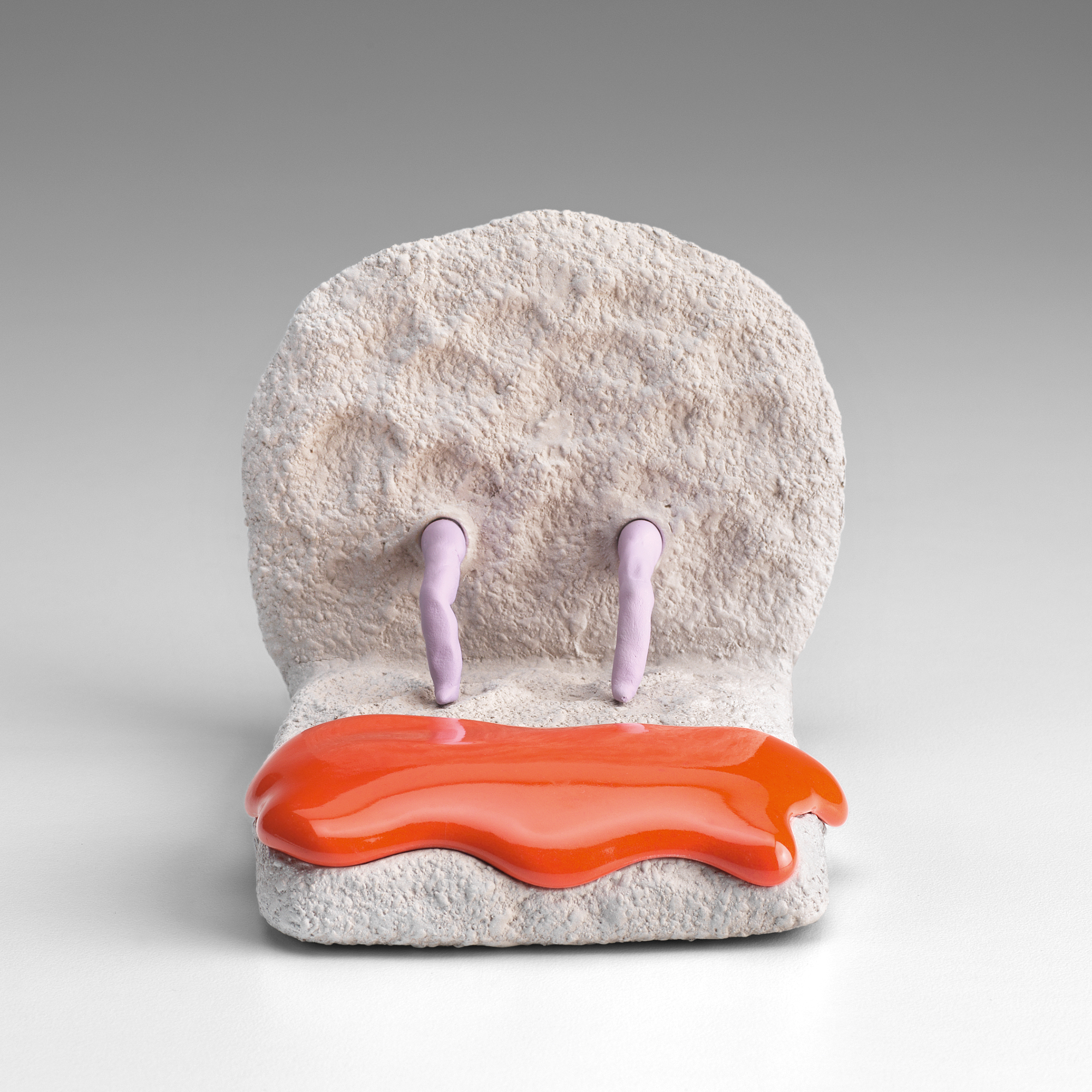 Robert Irwin has told the story of his attempt, back in the day, to convince a New York art critic that custom car design — which he enjoyed doing as a teenager in Los Angeles — was a highly aesthetic art form, albeit a form of folk art. To prove his point, Irwin brought the critic to a hot-rodder rebuilding a 1932 Ford. Every cubic centimeter — from the chassis to the engine to the paint job, including parts hidden from view — had been redesigned by the builder, which Irwin insisted was
a deeply aesthetic process. The critic would hear nothing of it. It’s not art, the critic insisted. Irwin’s point was centered on creative perception rather than a concept of what is or isn’t artistic. Cars, like cups and bowls, have utility and are forms of art just the same. To restrict art to rules such as flatness or form limits the possibilities of perception, whose borders and frames Irwin spent a lifetime stretching, sometimes to the point that his art went unnoticed, as when he simply changed the way light enters a space by carefully removing the tint from sections of windows. 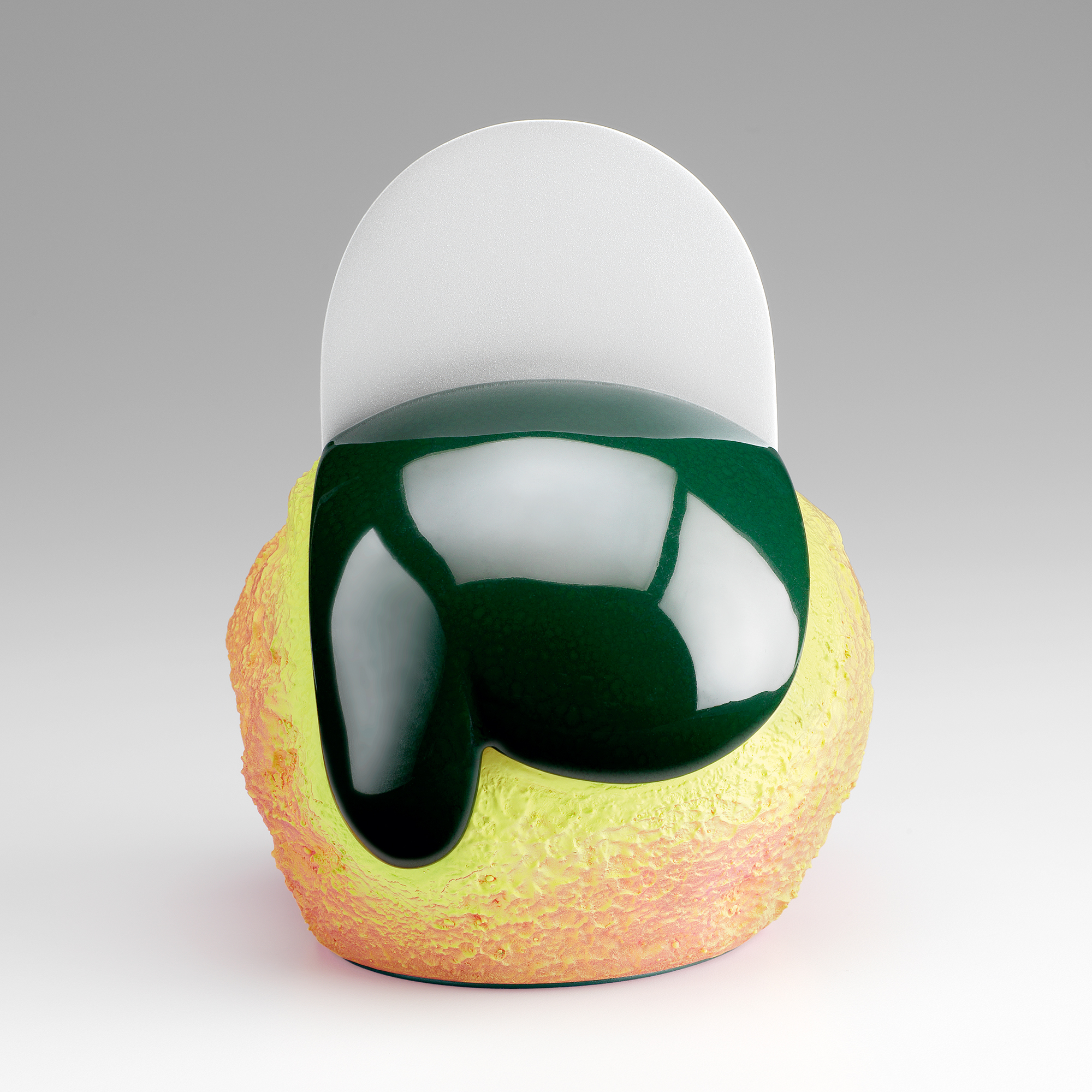 Ron Nagle was an ardent car enthusiast as well. That kind of attention to detail-oriented thinking can get under one’s skin. Nagle’s artworks, though small — about the size of the saltcellar Benvenuto Cellini made for François I in the 1540s, a masterwork of Renaissance art, about 25cm tall and 35cm long — are as technically and thematically bold as a finely detailed custom car. Each exhibits a carefully conceived gestalt, a physical wholeness from inside to outside. Nagle’s objects are like
embodied thought balloons, made for eyes and minds, not for a noble’s table. Where cups and bowls contain, he reimagines patterns and forms and shapes that might recall a car’s tail fins, sushi, suppositories, exotic couture, weird hair, artworks, landscapes; they are the reductive icons of real biology and real forms, reincarnated as hypothetical models, which is essentially what art is. 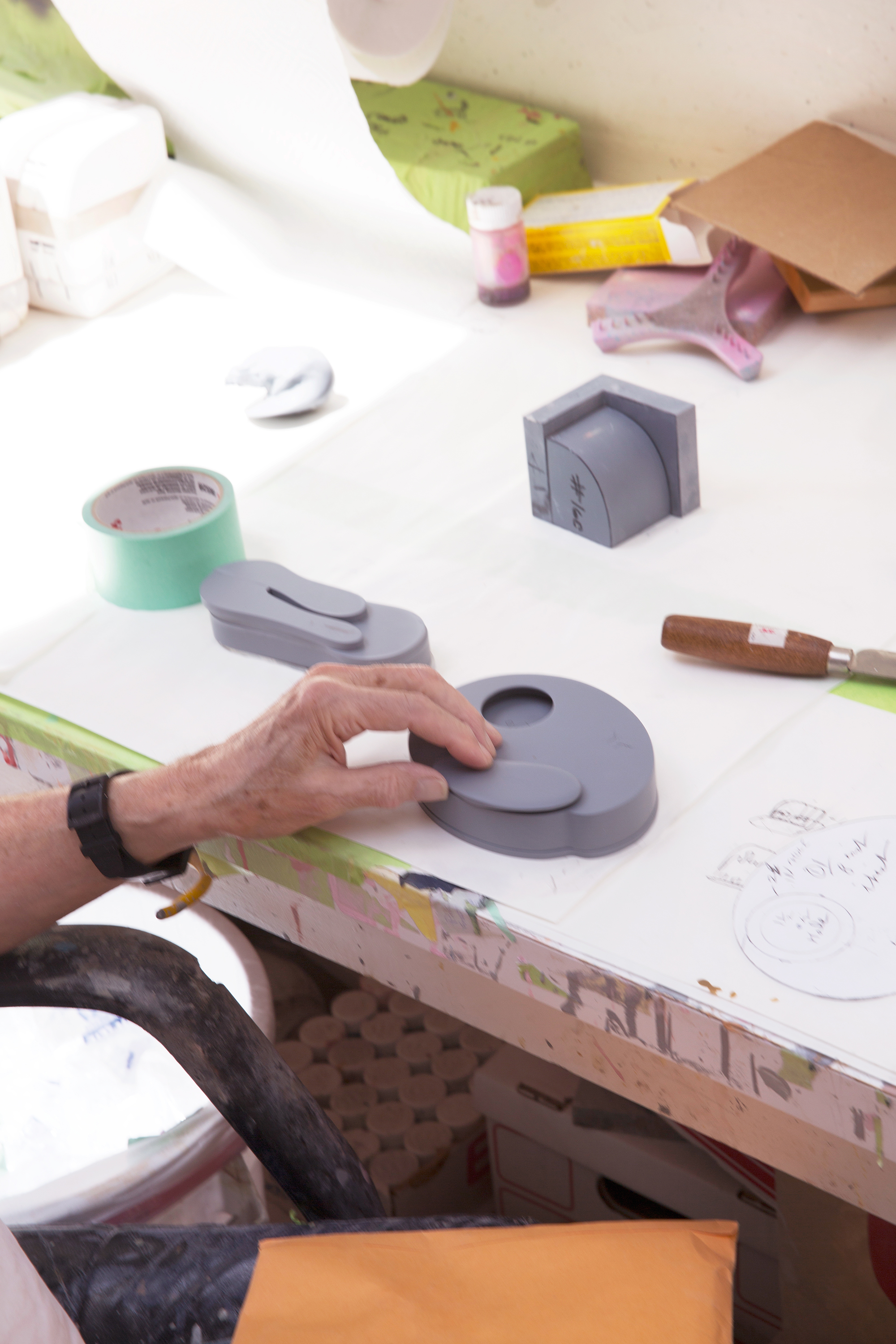 Typically, he uses drawing to calculate and abstract a shape from something he might have noticed. From drawings he shapes and fires an object, lets it dry, then suffuses the shape in polychrome. Each color is as deep as skin. Hot rod enthusiasts were known for the multiple layers applied to create a deep “cherry” finish. Nagle’s ceramics aren’t painted; the color is baked on like a beachgoer’s tan — skin as form. 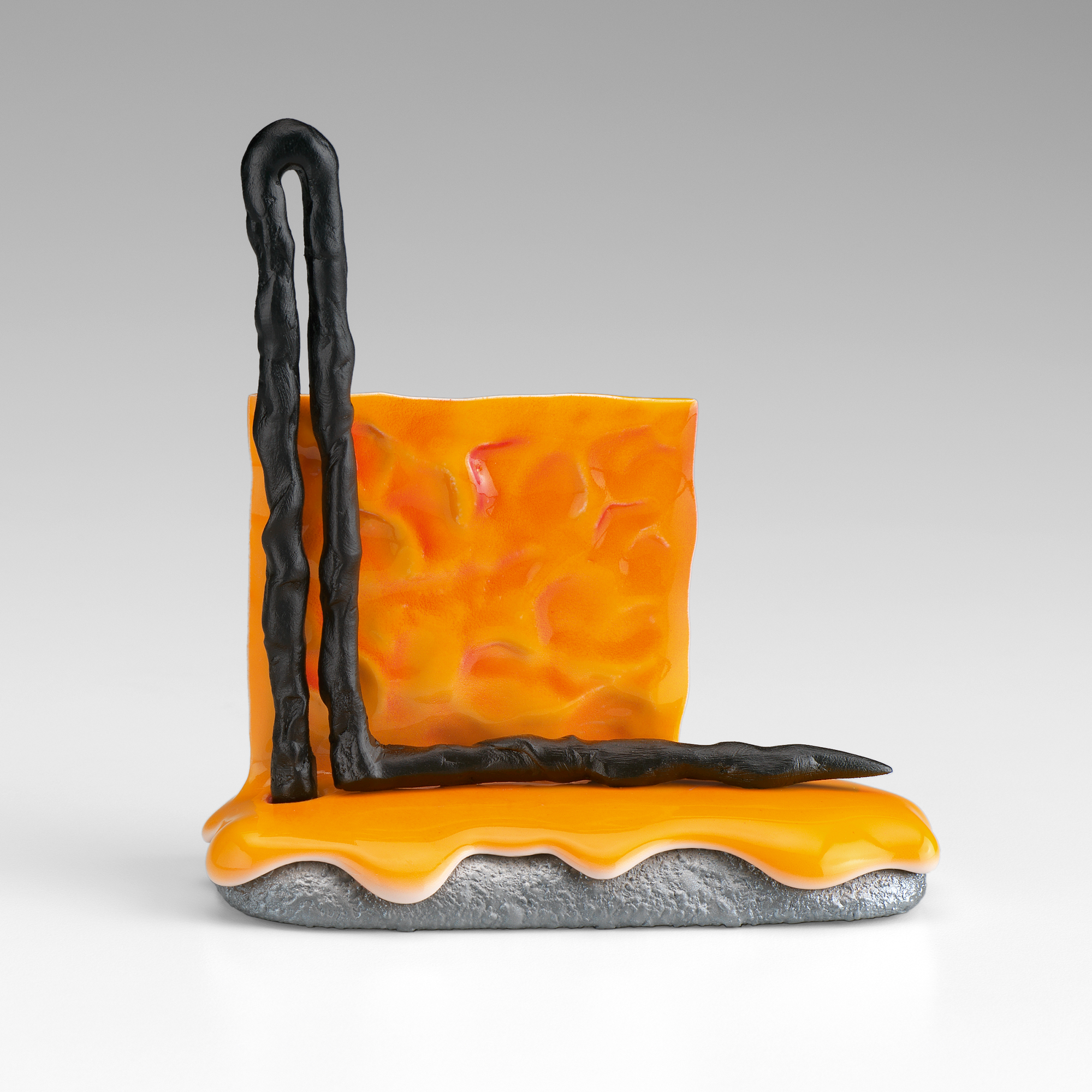 Nagle has spoken of shared affinities with Cy Twombly’s gestural abstract paintings and Giorgio Morandi’s litany of painted bottles, which, as Irwin has noted, merge into the skin of paint. Nagle’s ceramics often have a two-sided or bicameral quality. Some look like plants. Some suggest genitalia and sexual penetration. He’s also declared a connection to landscape and still life painting. So, unlike Arneson, Price, and Voulkos, his works incarnate space in a very tight dimension. But they aren’t recognizably figurative or purely abstract or sculpturally large. Spheres, egg shapes, and cubes reappear. He also obscures the hands that made them — unlike Twombly and Morandi, and unlike Auguste Rodin, famous for sculptures he made by pressing, forming, and shaping clay and casting the result in bronze. Nagle’s have the attractive gloss of exotic cakes and the friendly and engaging familiarity of small objects — things to pick up carefully and inspect like a mutant egg or rock. Mostly his works are abstract — they derive from something and become something unspecified but relational, and possibly sun-drenched. 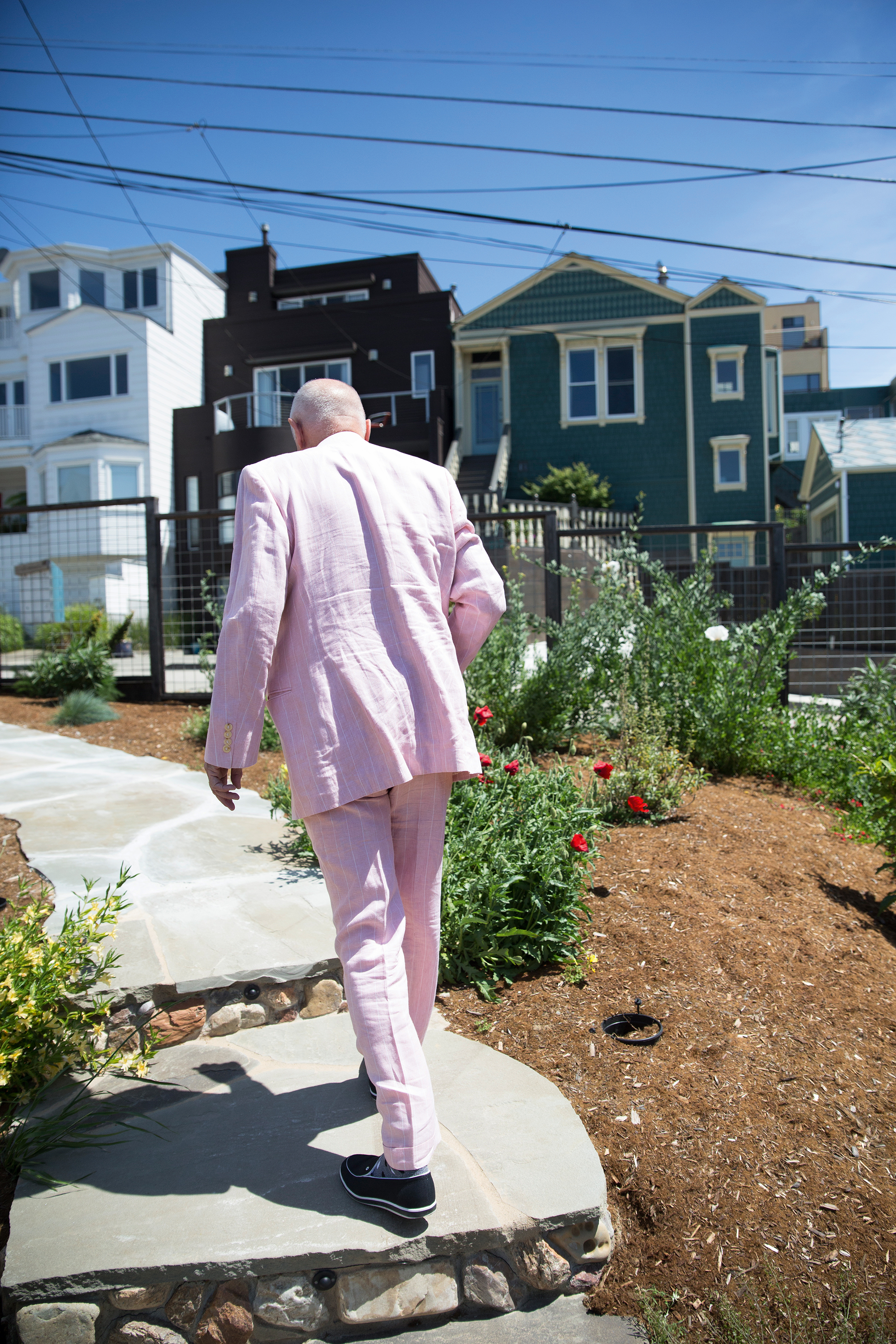 Abstract art can empty and fill the mind at the same time. That’s what Irwin meant by perception over concept. Organized thought is replaced by organized representation, which is unspecific but familiar and doesn’t require words like flatness or classifications like Minimal or Conceptual. Nagle does indeed reanimate familiar shapes. His objects are as small as cacti or cakes and as gleaming as a ripe strawberry, which is the real magic of real nature, good enough to eat. Some of Nagle’s works look as sweet as meringue. Others look like Japanese wagashi pastries. They are as intimately attractive as the culinary eros in the window of Fauchon in Paris, fruits and pastries that make you drool. The spheres recall the sun, moon, and stars; pyramids are like mountains — these are landscape subjects. Squares and cubes don’t exist in nature, but synthesize human control, as reflected in architecture. Still lifes stop motion. Each is a hypothetical model, a raison d’être for a type of art. Nagle objectifies intimate sensuality in objects that are smaller than Minimal Art but draw one’s eyes closer to physical connection, to touch, to the sense upon which we built our world (and others refine it and make it nicer to look at). As with cacti, you want to touch Nagle’s objects, but you hesitate out of respect because it’s art. 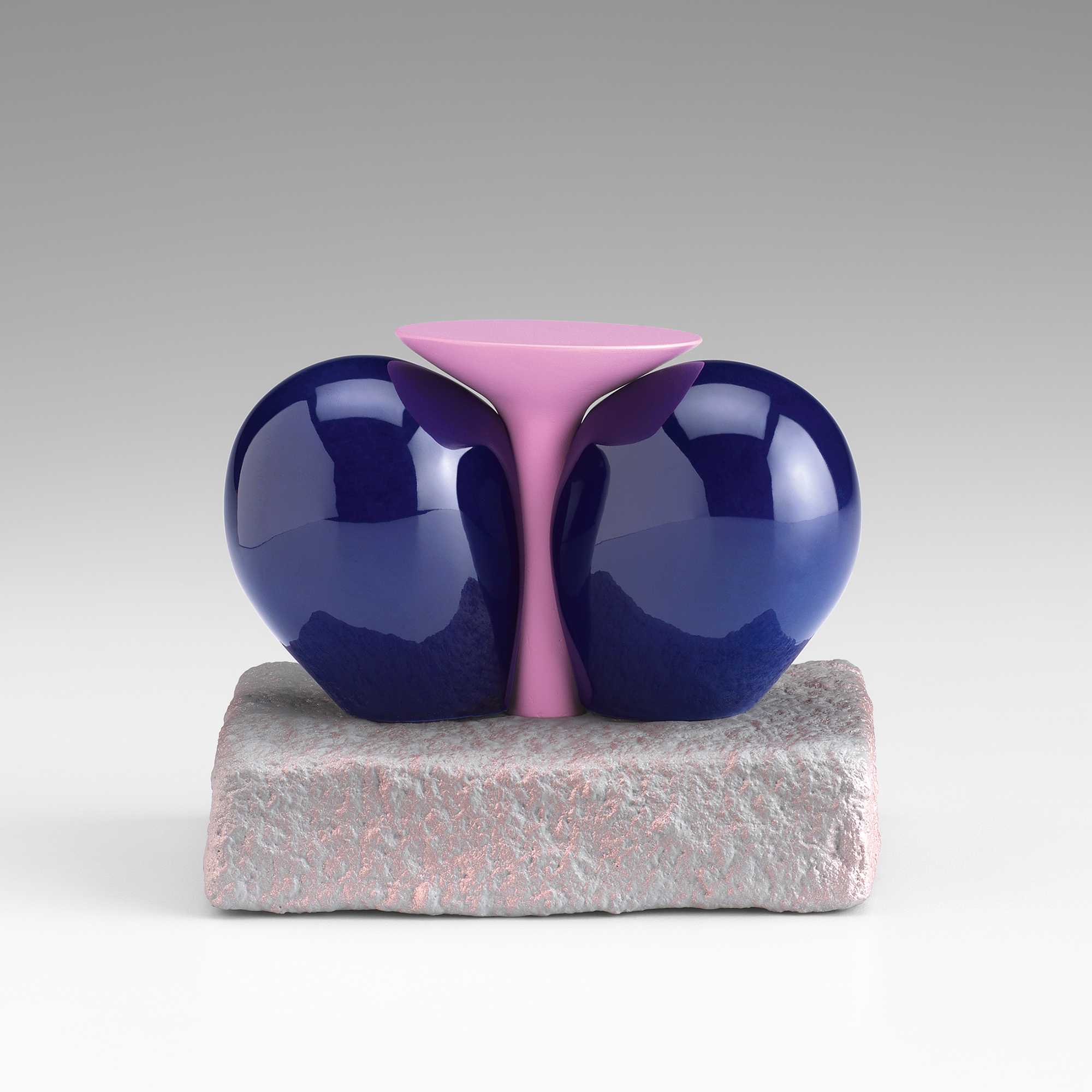 When you visit the Ancient Art wings of the major museums, sculptures and pottery are equally represented. The scale is different, but the content and subject matter are the related products of human achievement; they attain the status of Art. As the history of representation evolved, ceramics — clay art, stoneware, or whatever you want to call it — fell below painting and sculpture in status. But it may rise again thanks to mass media and increasingly polymorphous contemporary art. In the metaphysics of technology, all forms become possible because they arise from the infinitesimal rather than the fingers of God creating Adam from his likeness. 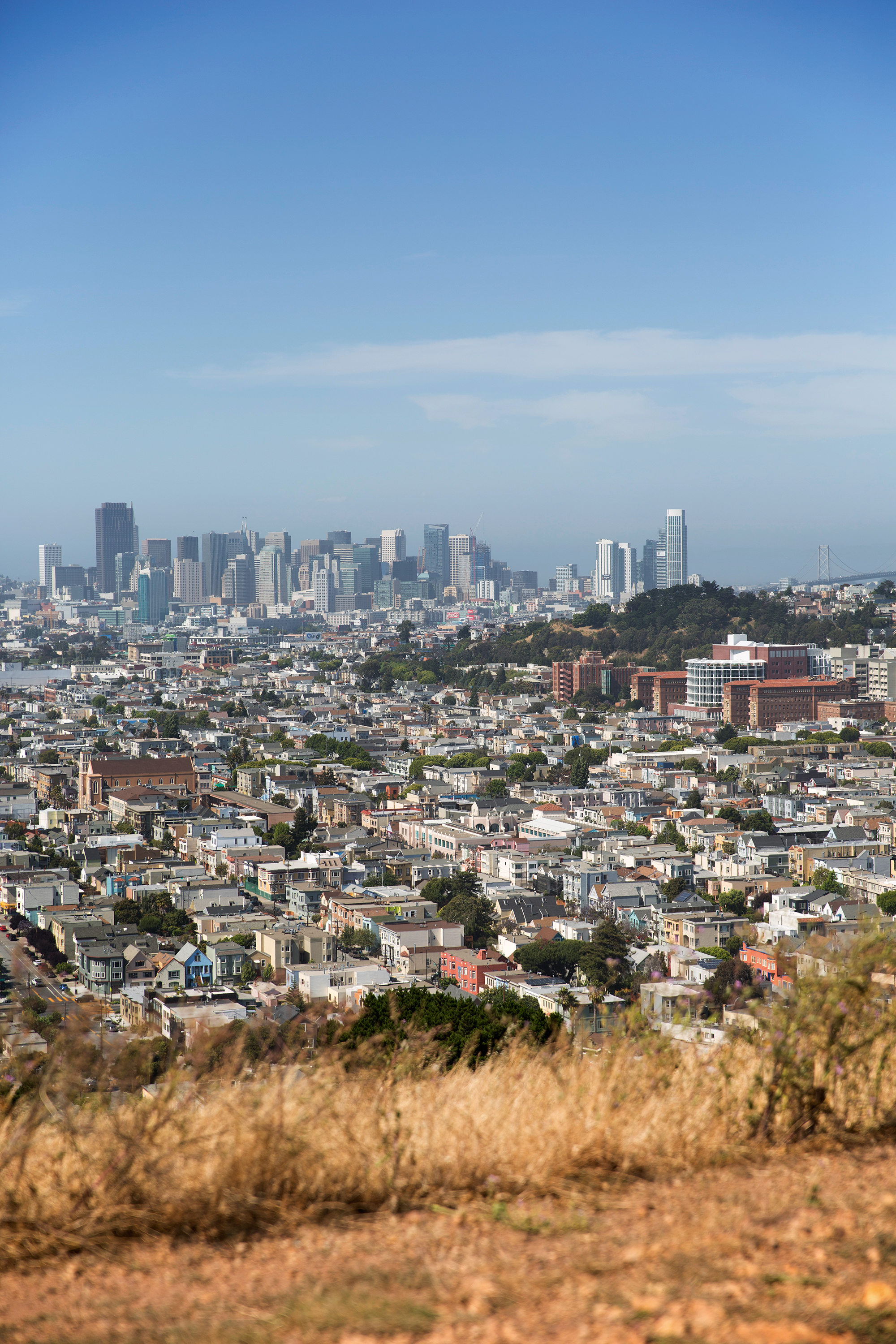 Nagle’s ceramics remind me of the strange, colorful abstract paintings of New Yorker Thomas Nozkowski, who to my mind is a cosmic cousin of Nagle. Both evolved a singular abstract style from personal visions. Words like surrealist or imagist don’t fit the polymorphous nature of this kind of art. Nagle reconfigures and abstracts — in the sense of drawing away from — shapes and patterns from everyday life, but in his particular way, drawing, revising, and giving dimension, making you forget about function to think about small hypothetical landscapes and still lifes, each patterned from mind and nature.