MAURIZIO CATTELAN — Why do you do what you do?
DAVID HORVITZ — I’ve spent about three weeks looking at this question every day, and I still don’t have an answer. I don’t know.

MAURIZIO CATTELAN — If you weren’t an artist, what would you be?
DAVID HORVITZ — A gardener. Or maybe a dolphin.

MAURIZIO CATTELAN — Isn’t your work more a caption for the world than an image?
DAVID HORVITZ — Yes. 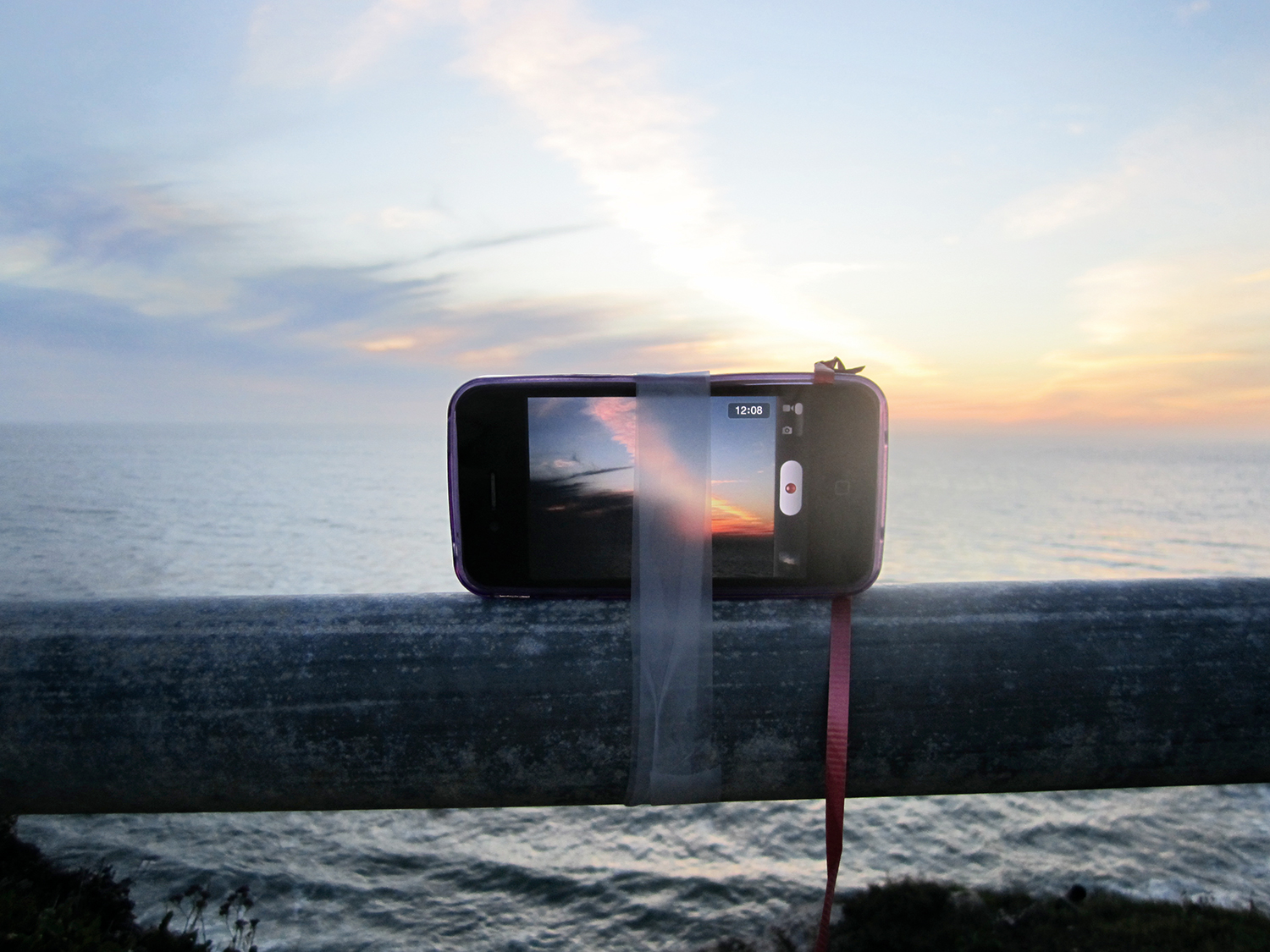 The Distance of a Day, 2013, digital video, 12 minutes, courtesy of the artist and Chert, Berlin 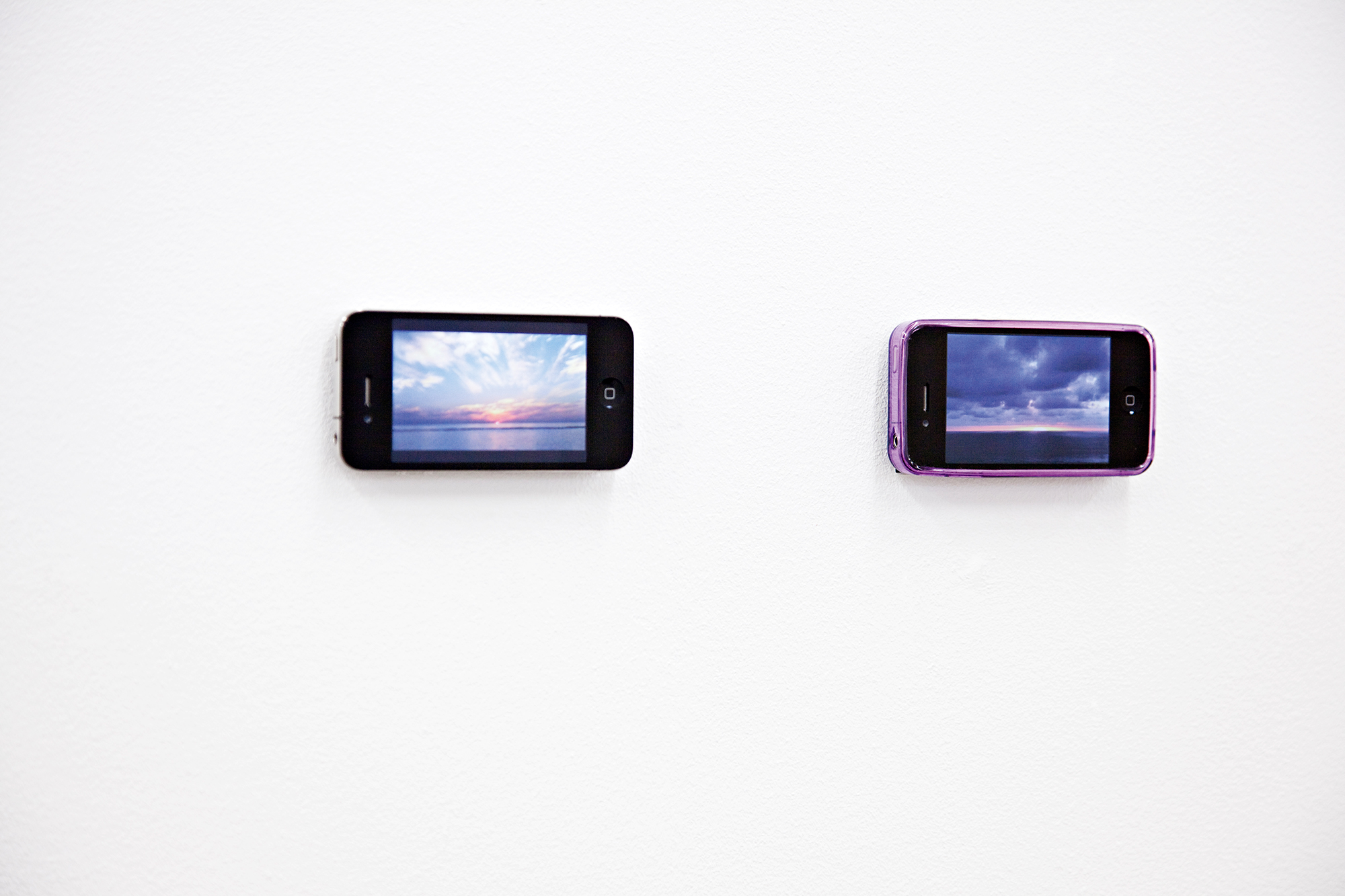 The Distance of a Day, 2013, digital video, 12 minutes, courtesy of the artist and Chert, Berlin

MAURIZIO CATTELAN — Is there still something that cannot be said?
DAVID HORVITZ — Silence.

MAURIZIO CATTELAN — Has your work ever been censored? Do you ever feel like you censor yourself?
DAVID HORVITZ — I don’t know if this is censorship, but it’s important for artists to continue to grow out of the box that they have built around themselves, that limits what they do. That’s not about censorship at all. It’s about limitations. It’s a kind of censorship, maybe, to censor an impulse you might have. Before I do a project, I sometimes tell my friends about it, and they sometimes tell me when the idea is really bad, and so maybe I do censor all my bad ideas. But maybe the bad idea is something that should be embraced.

MAURIZIO CATTELAN — How do your works come to an aesthetic solution?
DAVID HORVITZ — I am the worst at making things look good. I always need help. Can you help me? 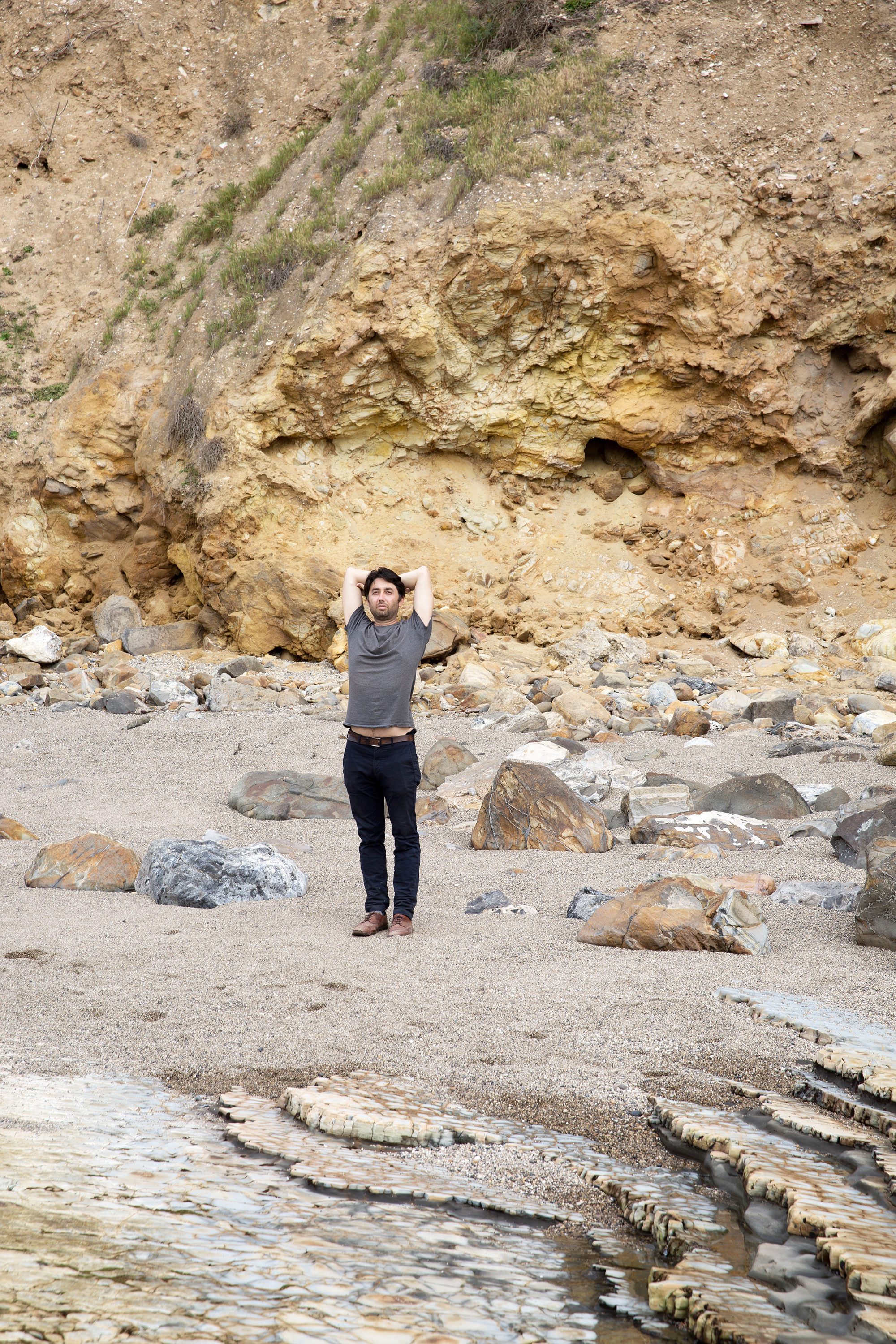 MAURIZIO CATTELAN — Why is being “against” important?
DAVID HORVITZ — Imagine you are a rock in a river. You resist the river’s flow. Sometimes you may want to go for a bit downstream with everything. But other times you want to stand your ground. It is from this position of stillness that you can see the river. If you were just going along with everything, you would never see the river: you would be blind and aimless and going nowhere. I’m jet-lagged in a hotel room looking over the Hudson River.

MAURIZIO CATTELAN — If you were a human activity, what would you be?
DAVID HORVITZ — The process of a body decomposing until no trace of that body exists, when all the matter of that body has entered into other things: earth, rivers, plants, clouds, mushrooms, dogs, toenails, mountains, seas, light. 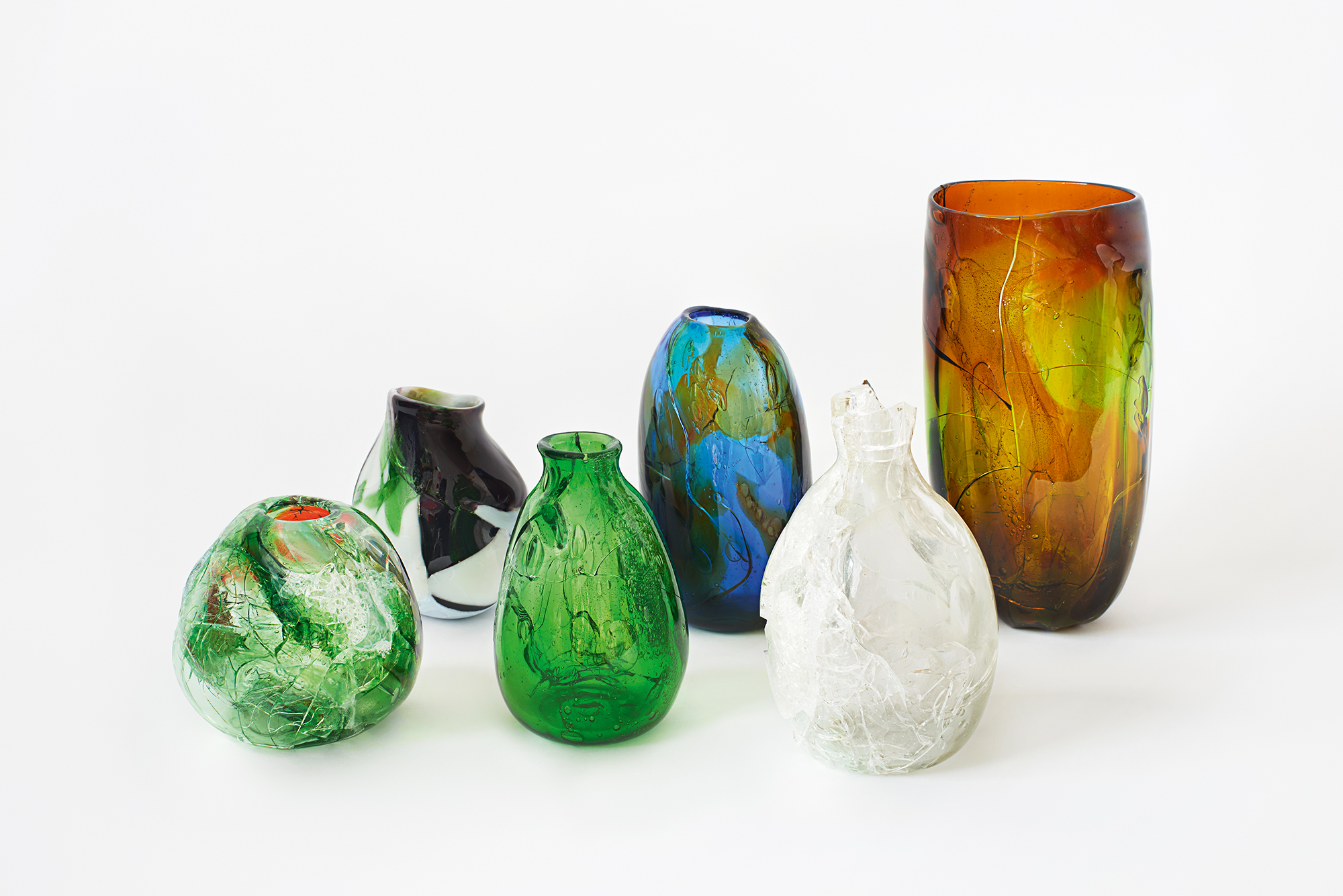 MAURIZIO CATTELAN — How does money influence your work?
DAVID HORVITZ — I have this kind of telepathic piece where I will think about people for one minute for one US dollar. I email them when I start and when I stop. It’s my best-selling piece. If I sell enough, I can put my daughter through college.

MAURIZIO CATTELAN — To what extent are your works autobiographical?
DAVID HORVITZ — I try to pretend that I’m not there. But sometimes it’s impossible.

MAURIZIO CATTELAN — Is there anything that still surprises you?
DAVID HORVITZ — Yes, all the time. But rarely in art. Did you know that there are mushrooms that can make it rain? Did you know that water is older than the sun? Did you know that there are snails (pteropods) that fly through the waters of the ocean with wings and that have translucent bodies? I imagine I am a small fish looking up above me and seeing the sun shining through thousands or millions of these little sea snails, all of them holding and scattering light, making a little universe of stars that seem to be flying through the water. I am constantly surprised by the beauty and complexity of the living and nonliving world.

MAURIZIO CATTELAN — Would you make people forget any of your work, if you could?
DAVID HORVITZ — I have some really bad old work that you can find online. But I don’t really care. I used to think that I wish some things would be forgotten. But I don’t care. And it’s actually funny because some time will go by, and I will realize I actually like some of those old bad works! But I also like how things can be forgotten and remembered and re-remembered or forgotten forever, or only survive through traces. So I never try to make things disappear. And I never try to make things be remembered, either.

MAURIZIO CATTELAN — Is there anything you feel certain about?
DAVID HORVITZ — Death. 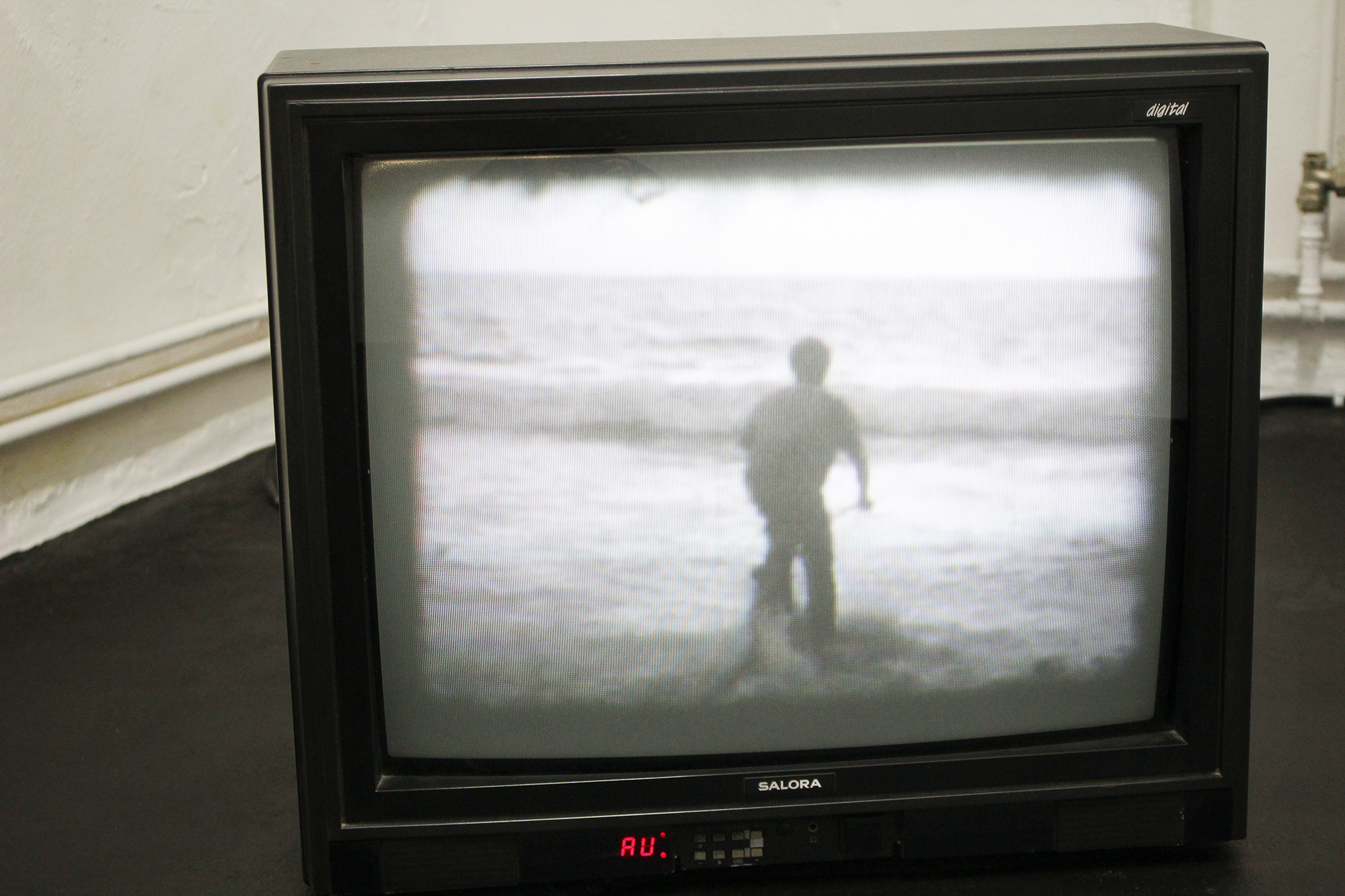 MAURIZIO CATTELAN — Do you ever not work?
DAVID HORVITZ — Ask my friends. I’m never working. They think I’m so lazy. My wife thinks I’m lazy. My mom thinks I’m lazy. But I think I’m always working. I hate this idea that writing emails means “working.” I hate writing e-mails. Sometimes I wake up, and I am horrified by the thought of having to write e-mails while I should instead be outside looking at plants. Or taking a nap. Or drinking tea and looking out a window. I think looking at plants is more productive than writing e-mails. I recently started this monthly meeting with my good friend Jamie in Los Angeles. We would meet on the full moon in the middle of the night at the time of low tide and drive to Malibu listening to Éliane Radigue. We’d then walk along the shore, looking for little sea animals. He’s a musician, and, in all honesty, we consider this very much a part of our work — to have to constantly, actively cultivate a sense of curiosity and imagination because it is always under threat by deadlines and daily errands and other banalities. But also, I hate the word “work.” I’m not working. I’m actually just playing.

MAURIZIO CATTELAN — What’s the most difficult thing you’ve done until now? Is there something you’d like to do and that you haven’t yet?
DAVID HORVITZ — I successfully sent an image of a pillow and a branch of rosemary from Los Angeles to my friend Camille in Rome by telepathy. I don’t know how I did it. It wasn’t difficult at all, actually. But it seems like it should have been. Los Angeles, before it became defined as a car city, had a working public transportation system. As if attempting to bury this history into the depth of forgetting, many of LA’s trolley cars were dumped into the pacific Ocean. I want to pull one out, as if to bring it back into memory. This will be difficult. I need some help. I also want to shut off all the lights of a city the day after it has rained and all the air pollution has been washed away, so that there is zero light pollution, and you can lie on the concrete and see thousands of stars. This will also be difficult to organize.

MAURIZIO CATTELAN — Is losing control something that bothers you?
DAVID HORVITZ — No. 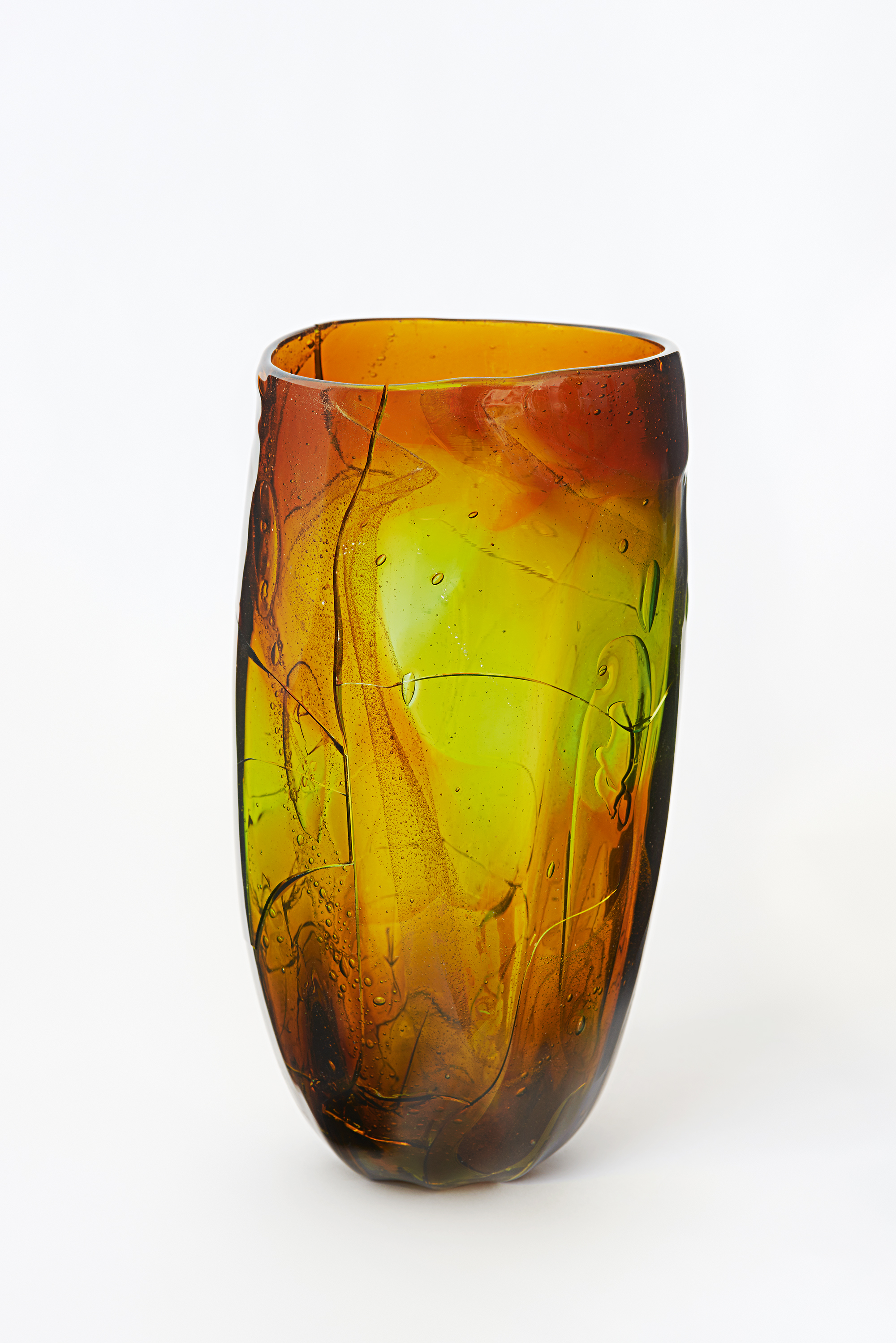 MAURIZIO CATTELAN — Tell us about a work of yours as if it were a story.
DAVID HORVITZ — There are so many. I don’t know which one to say. Maybe being stuck on a rock at the bottom of a cliff in Hong kong in the middle of the night and being rescued by a police ship. I had a camera with me. I put it on my tripod and turned on the self-timer. I then ran in front of the camera before the flash went off while waving my hands in the air. I did this every 10 seconds. So the police ship must have seen this slow animation of this body waving for help. Brief moments of light in what would otherwise be the darkness of the coast. The police sent a small inflatable motorboat to get me and then hauled me onto the ship. They asked me where I wanted to go. I said Tai O pier. Luckily, I was able to meet my friend Victoria for dim sum the next morning. Or maybe the time I was invited to participate in an exhibition about [Dutch conceptual artist] Bas Jan Ader. The two curators drove me crazy, and instead of making a work for them, I left all my belongings in the room I was staying in and then disappeared. I stayed off social media for the time leading up to the exhibition and the entire duration of the exhibition, so there were no traces of me online. And I never returned to the room to get my stuff. I actually think this was a great piece for their show, but they didn’t like it when I emailed them after the show had ended. Or maybe it had something to do with the fake Bas Jan Ader film I made that shows a man from behind riding a bicycle into the sea — which was why I was invited to be in the aforementioned show. I made this in 2006. I put it on YouTube as a “newly discovered Bas Jan Ader film.” This was at the same moment the gallery that represented Ader’s estate at the time, patrick painter gallery, was getting heavily criticized for producing posthumous editions of questionable origins. My video started to get a lot of views. I had also written about the newly found video on Ader’s Wikipedia article. It was not unexpected that I received an email from the gallery. Instead of directly stating that they wanted to discuss the video with me, they said they saw my work and were interested in it, and wanted to give me the opportunity to come in and show it to them. An opportunity? I hate this. I hate the logic of “the opportunity.” It’s a kind of currency used to exploit. I hate how young artists, who might be desperate for recognition, would jump at something like this. It was obvious that they were trying to bait me. If they really wanted to discuss my work, they would have asked for a studio visit and to come to me on my own time. Not me coming to them on their time. I told them I didn’t have time to come (I also like, when I get the chance, to make things a little more difficult, like a trickster in a folktale disrupting the flow of things). I think they were taken aback. Over the next months, there were a lot of e-mails, the mention of the possibility of criminal prosecution, etc. My video was removed from YouTube, but I just put it back online under a different name. I probably gave them a big headache. I don’t like giving people headaches! I even heard that a filmmaker asked Ader’s widow to come in and verify if it was real. I was told that she said she didn’t recognize it, but he could have made it, and that the person in the film had the right haircut. I was then asked by the filmmaker, “Did you cut your hair to look like Bas Jan Ader?”