JEFF RIAN — Can you give us a brief history of your work and its development?
JUSTIN MORIN — I grew up in a very rural area, at the frontier between France, Belgium, and Luxembourg. when I was a kid, I often went with my mother to the perfumery where she worked. That’s where i had my first aesthetic revelations: the pictures of the advertising, the colors and textures of the make-up, the architectural shapes of the bottles of perfume… as an artist, I’m mostly working with volumes. I’m a big fan of minimal art. My early works were inspired by that movement. But working in my studio, I’ve realized that doing sculptures is a very physical activity. The muscles are highly solicited; you’re sweating a lot, but it’s, in fact, very sensual. So I decided to focus on this voluptuous aspect and engage with the expressive qualities of the materials I use, like chromed and shimmering metals or quasi-transparent silks. 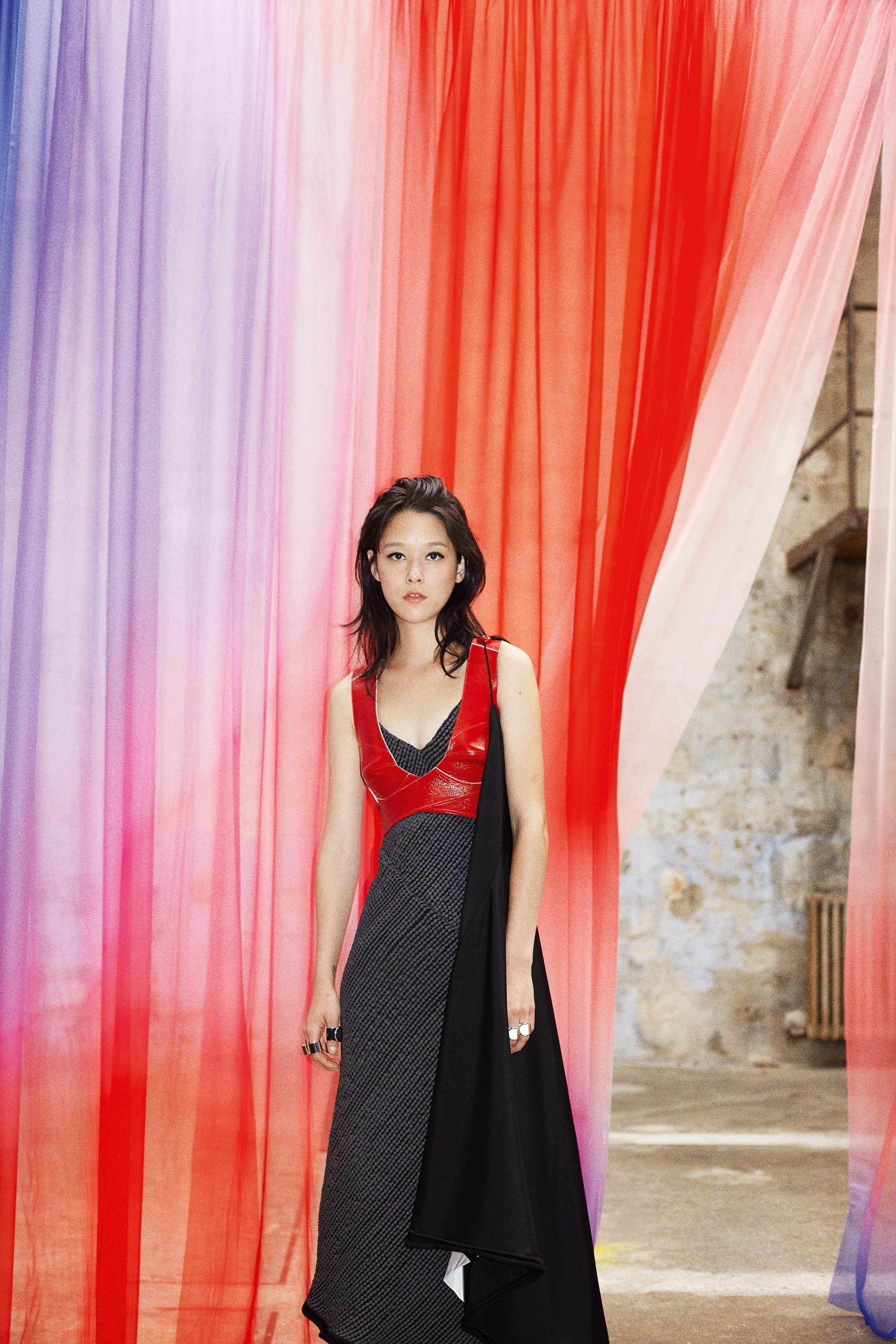 JEFF RIAN — Your works seem to combine image and form, pictoriality and installation. Is it a way to recreate space via perception?
JUSTIN MORIN — Yes! when I’m doing a drapery installation, I’m trying to reshape the architectural space using the reflections of the colors. Another aspect of the silk is its lightness; It’s also moving, almost like it’s alive. For a sculptor, it’s incredible. I’m not looking for the perfect volume because that’s an endless quest. I’m just looking for the right shape or form because I know that even if the silk is moving, it will go back to the right place, the one I set up.

JEFF RIAN — Is it more about perception than concept?
JUSTIN MORIN — I think so. I’m hoping that everyone can approach my work from different points of view. There’s a conceptual approach to my work, revealed through the titles I’m using. Each drapery, its color gradation, is based on a very specific image extracted from the entertainment industry, fashion, cinema, even tourism. But while this aspect is important to me, it’s not the most important part of my work. 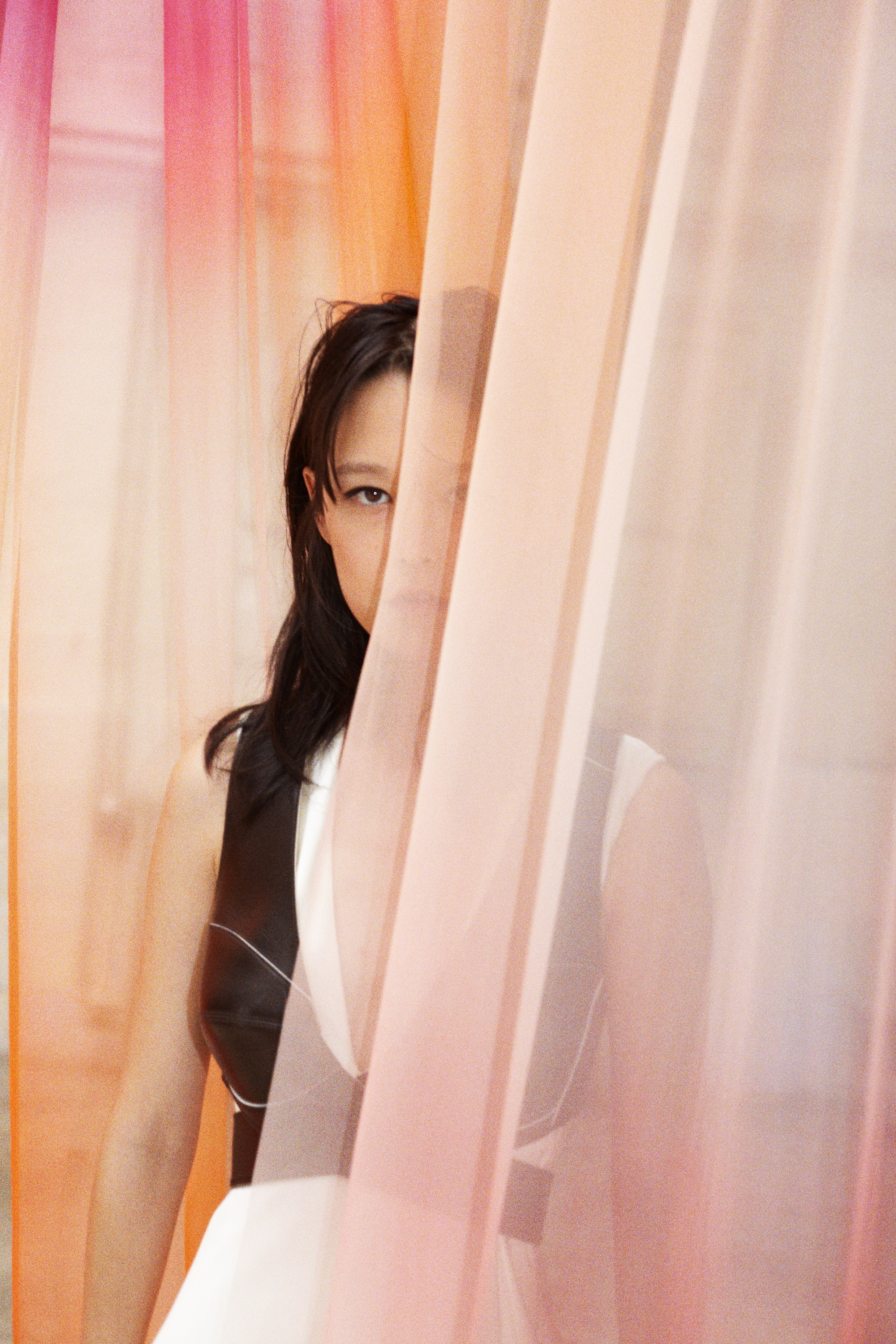 A black leather bra over a fluid white silk dress

JEFF RIAN — What is the most important?
JUSTIN MORIN — The process. Behind every work is a layer of complexity that makes it richer. But I’m currently more concerned with the first impression each will produce. I try to create a positive impact, but on different issues, either political or philosophical. In a way, it sounds naive, but I do think that ingenuity is very important, particularly these days, which are marked by so much cynicism. 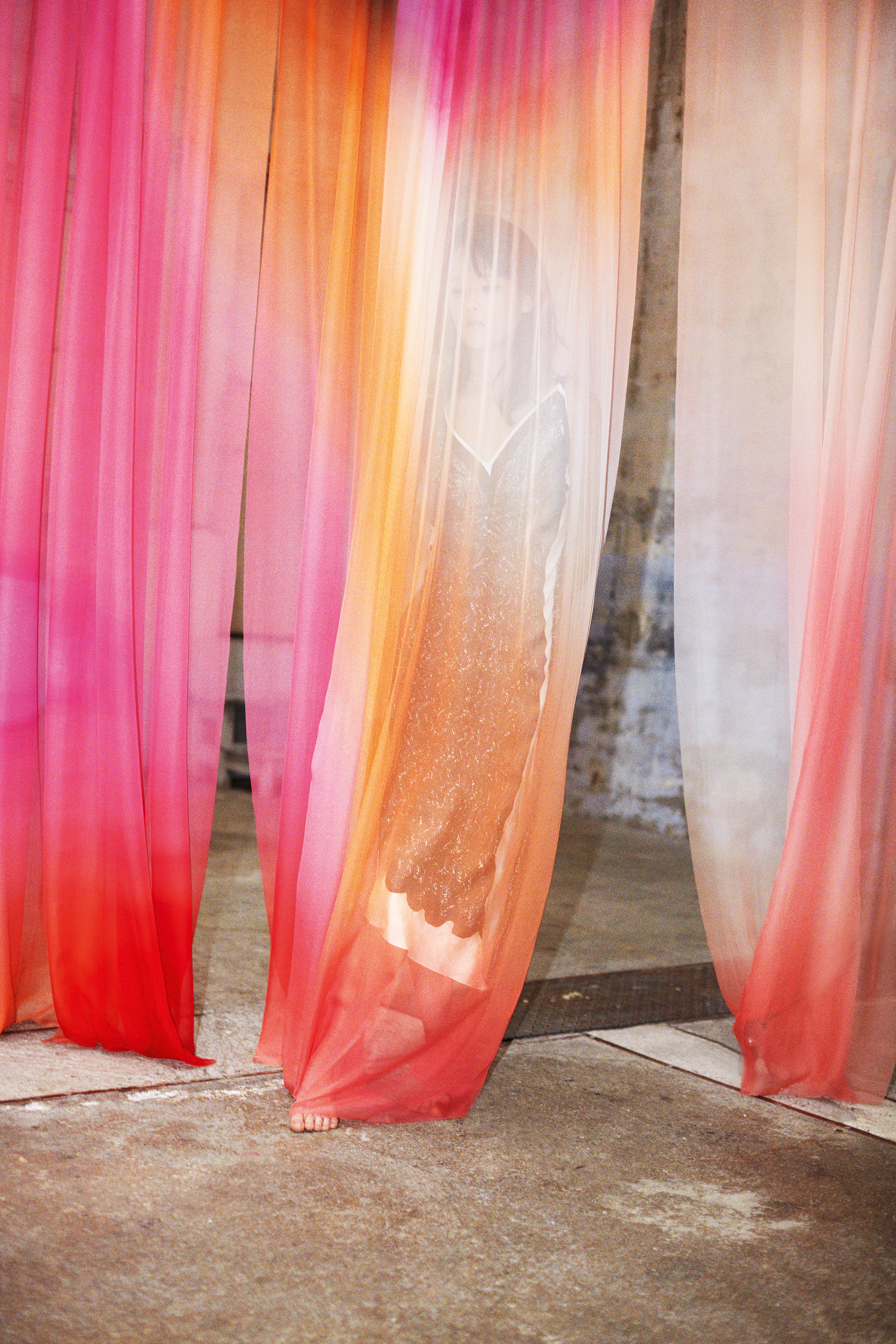 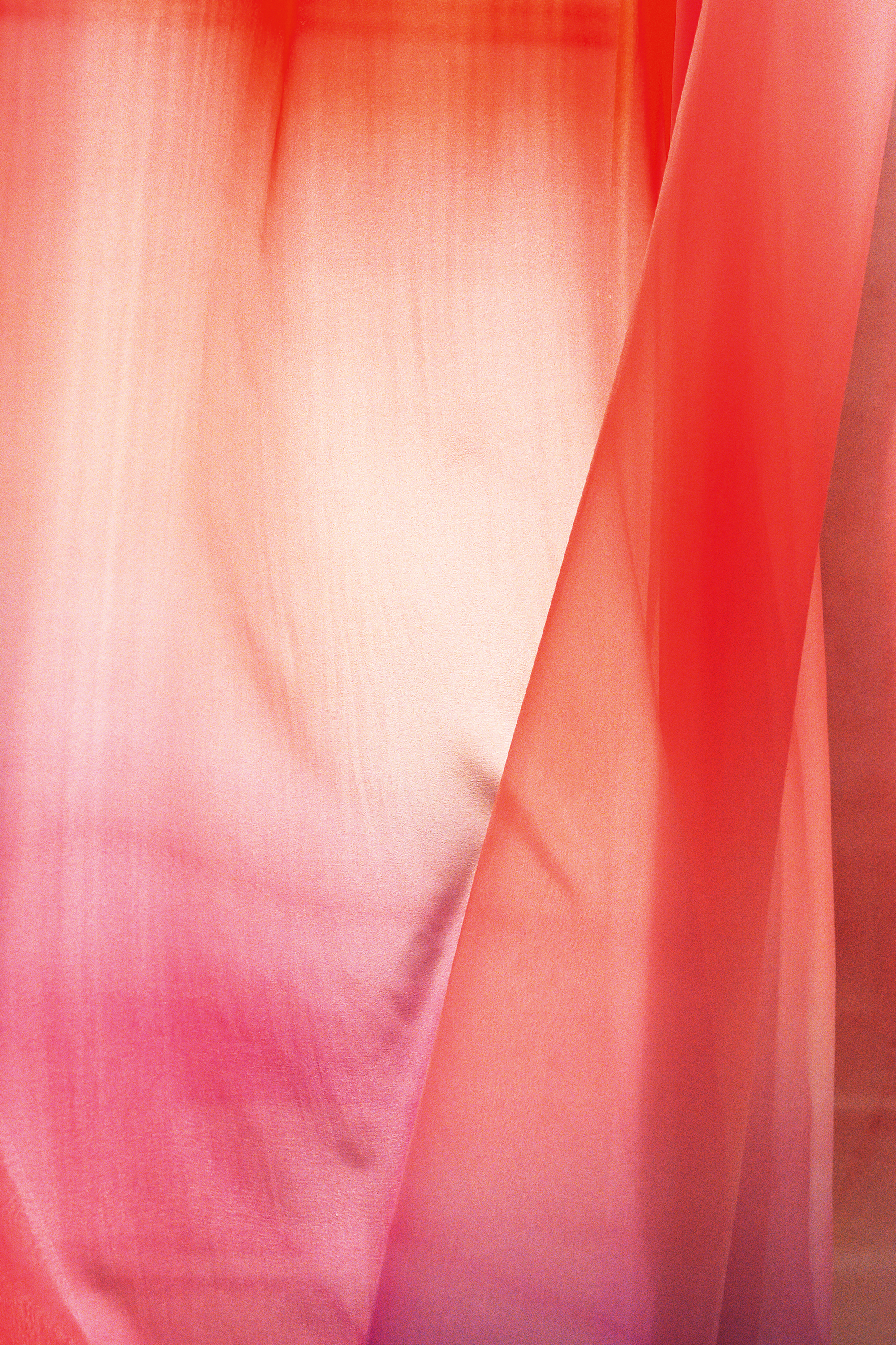 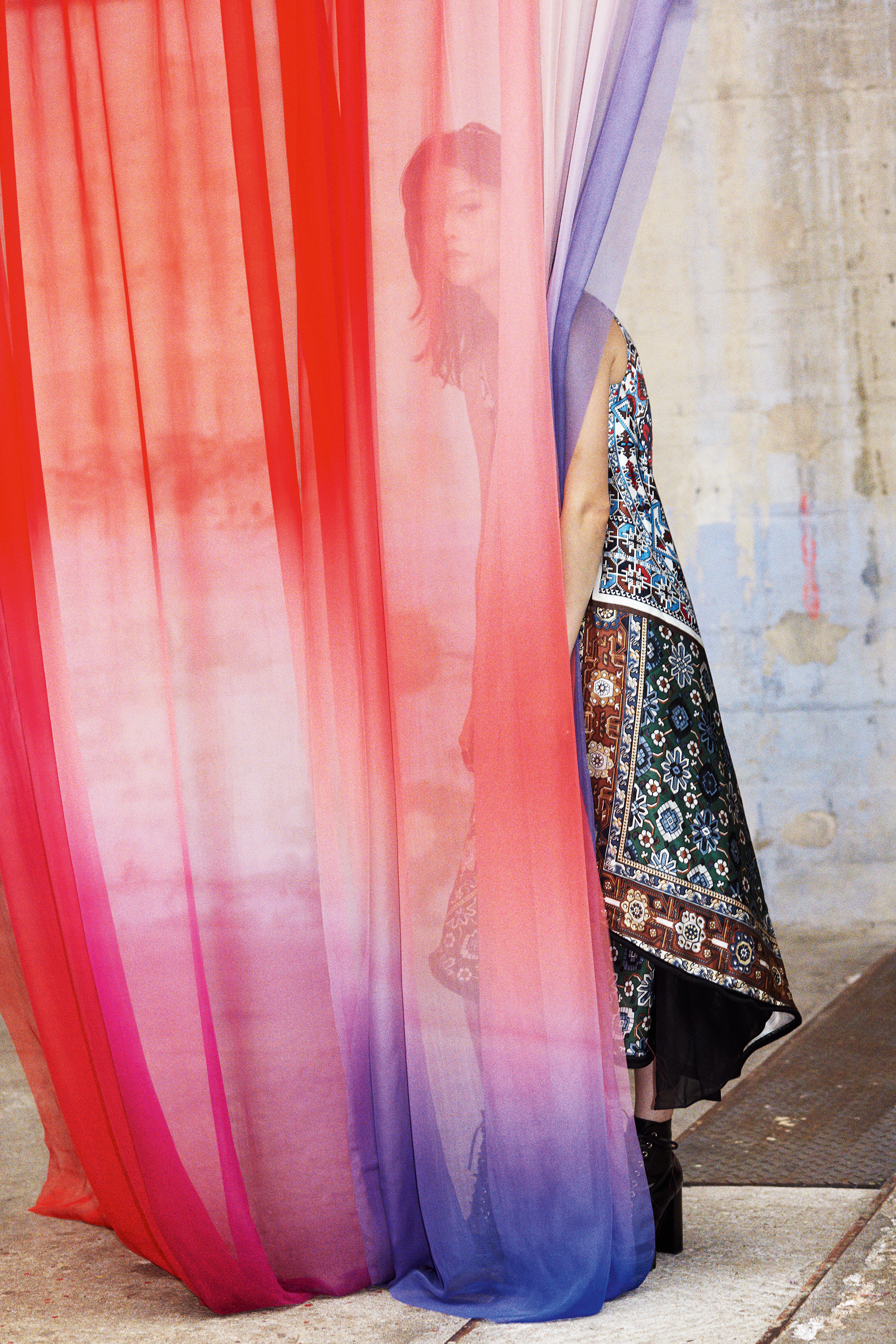 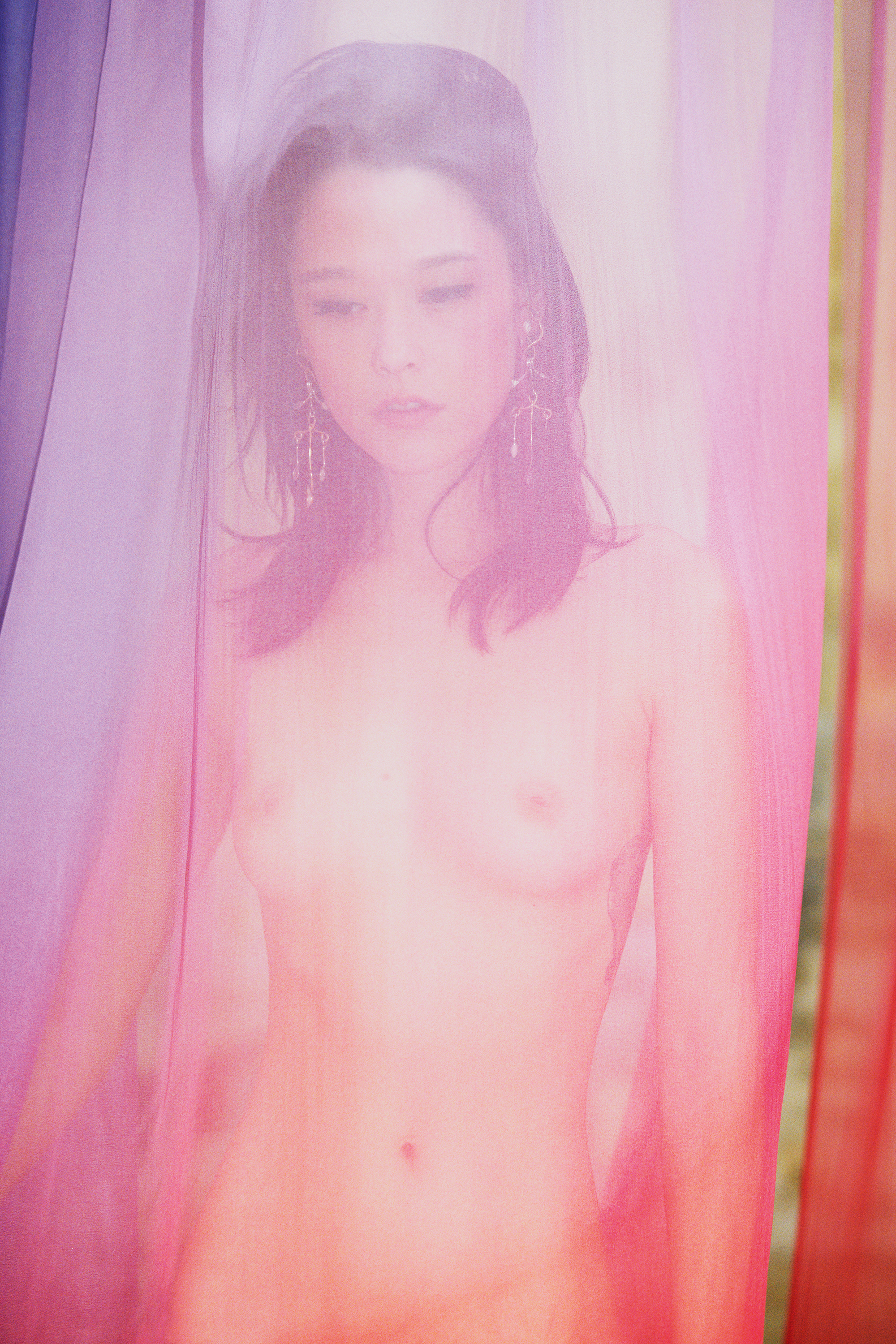