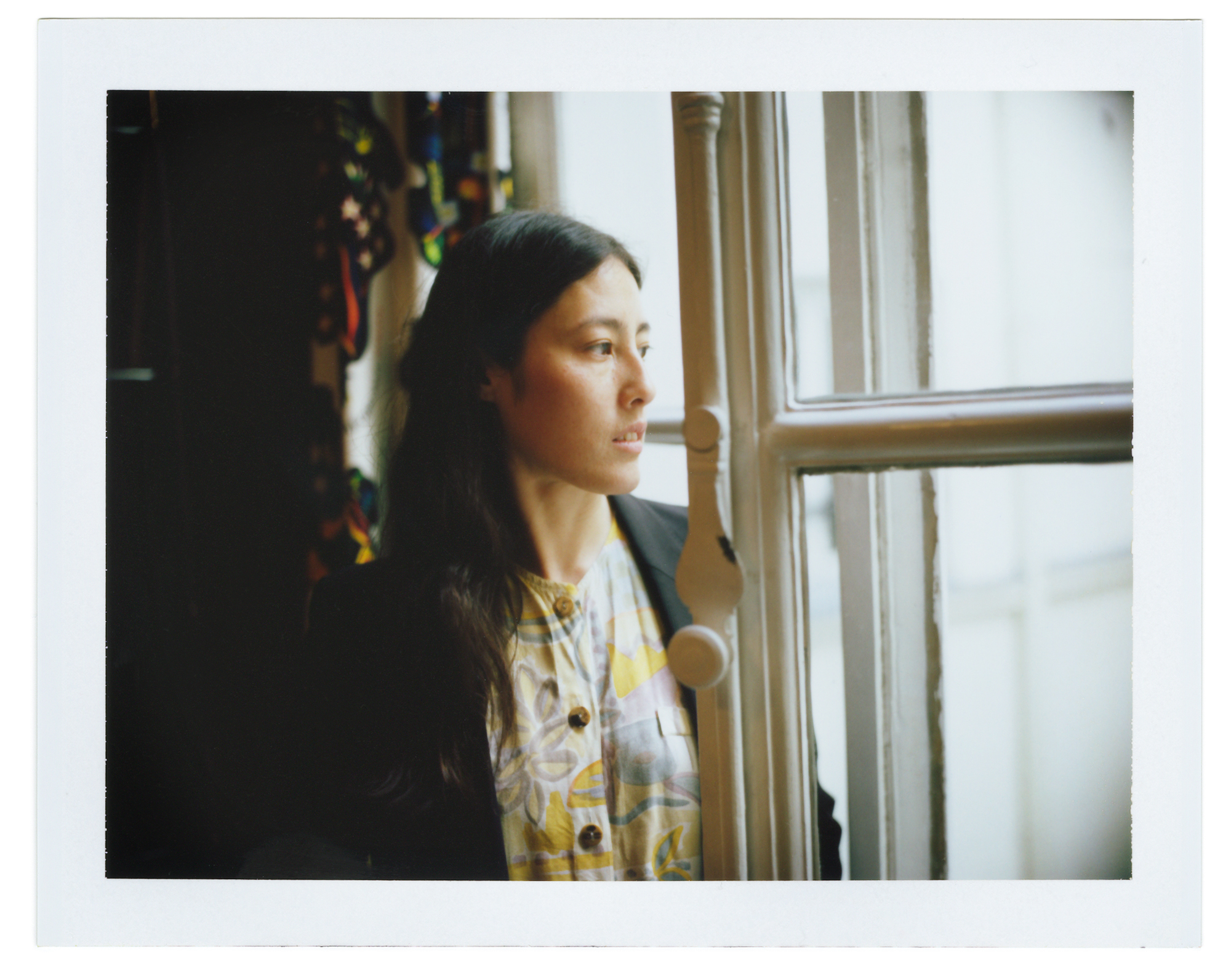 OLIVIER ZAHM — Your mother, Koumiko [muraoka], was born in manchuria and lived there to the age of 10, until the Japanese surrender in 1945. Did she speak of it of- ten when you were a child?
ANNA DUBOSC — Yes, she spoke of manchuria all the time and was nostalgic for that land all her life. She would never read us stories at bedtime. Instead, she would recount memories of her childhood in manchuria. They were marvelous stories, filled with all the things that made her writing so beautiful, a mixture of tenderness and cruelty.

OLIVIER ZAHM — Would you say that she lived her en- tire life in an elsewhere?
ANNA DUBOSC — No. Despite her nostalgia for manchuria, which was omnipresent, I wouldn’t say she lived in an elsewhere because she had an ability to be truly present, to be joyfully in the moment. That’s how she raised us, in a sort of absolute present, where she would invoke her imagination and memories. I think, too, that her greatest consolation for the loss of manchuria was the existence of my twin sister and me. Our childhood delighted her, even if it had nothing to do with her own childhood in manchuria. She loved that we were children. For her, there was nothing more perfect than the state of childhood. Growing up was an alteration of that state, and coming out of childhood was something to grieve over.

OLIVIER ZAHM — Did she tell you her story about the filmmaker Chris marker, whom she met when he was making his film during the olympic Games in Tokyo in 1964, which eventually led to his portrait of your mother, The Koumiko Mystery in 1967?
ANNA DUBOSC — No, my mother never told me anything about her relationship with Chris marker, or anything about her relationship with men in general. She wouldn’t speak of men or about her feelings for them. I can’t even say that it was taboo. It just wasn’t a subject. It simply didn’t exist. 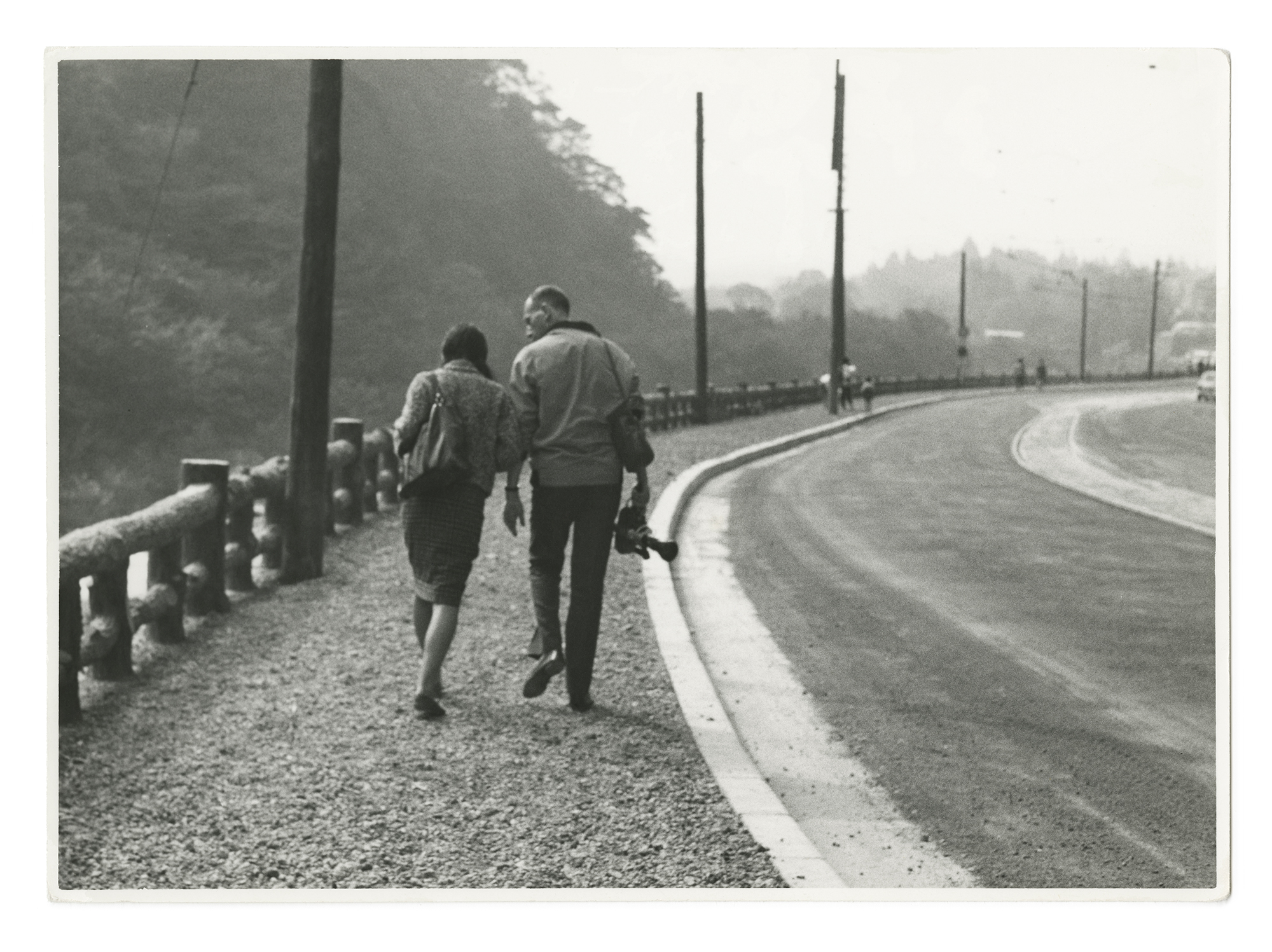 The poet Koumiko Muraoka and Chris Marker in Japan, 1965

OLIVIER ZAHM — Your mother is a writer. you recount in your book that she wrote in French and that you and your sister always read and proofed her texts.
ANNA DUBOSC — I’ve done most of it, as is her preference. She says i understand her better than my twin sister does. and it’s true. I understand her 200%. I know exactly what she means and how she wants to say it. It’s like a gift. I transcribe in correct French, but in a language that’s her own.

OLIVIER ZAHM — Did that lead you to writing and to becoming a writer yourself?
ANNA DUBOSC — I imagine so. My native language is the one i learned with my mother. We quickly learned to express ourselves better than she did and started correcting her. She was amazed. I’ve always felt both “at home” and unnerved by my mother’s lingual chaos. Her texts would drive me crazy. She’d use words every which way, with that infernal syntax of hers, and I’d have to disentangle it all. It was almost a matter of life and death. I could feel the intensity of her despair, her fear of being misunderstood, and then, when I’d managed to put things in order, the intensity of her joy. She was always swinging between the two poles. For me, writing has always been a way of setting things in order, just as I helped set my mother’s thoughts, words, and visions in order. I’ve always done it. it’s almost like housekeeping.

OLIVIER ZAHM — What do you find poetic and beautiful about your mother’s vision?
ANNA DUBOSC — Everything about my mother is poetic. That is the beautiful thing, that potpourri of a life she’s led, where everything is both profane and sacred. She lived in an unholy mess. We couldn’t throw anything out. The least little thing, scraps of paper, brochures, peelings — it was all alive. in a sense, we could say she’s an animist — especially today, now that she’s completely lost touch with reality and exists solely on a plane of poetic perception and expression. These days, she can spend hours sitting and debating with her fork or making a bread crust speak. 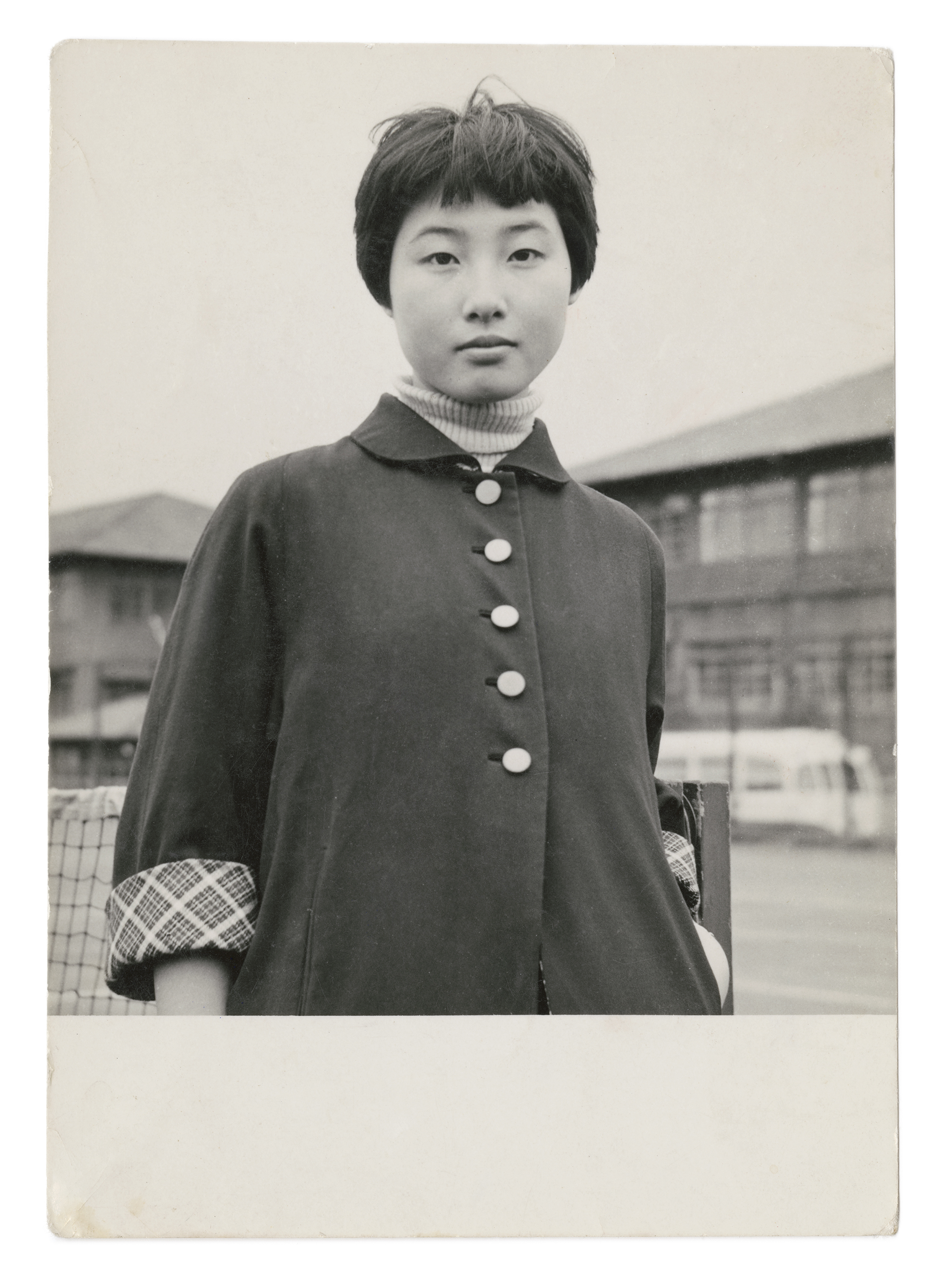 Koumiko Muraoka in Tokyo in the late ’50s

OLIVIER ZAHM — Writing a book about your mother, whose memory has diminished to the point where she sometimes no longer recognizes you as her daughter — is this still a way to write in her stead when words fail her?
ANNA DUBOSC — I don’t think i’ve ever wanted to write in her stead. Rather, I’ve wanted to preserve her memory, snatch it away from oblivion and from my own pain. In doing this, I’ve shown that she remains a writer. Even if she hasn’t written in a long time, she writes orally. That’s what i’ve sought to restore, her particular way of experiencing life. She might be losing her memory and the use of language, but she’s losing them in her own poetic way. And for as long as she can command a couple of words, or even a couple of syllables, she will connect them in a singular manner.

OLIVIER ZAHM — “That is how she raised us, in the joy of being alive. we could take three bits of string and have a celebration. We lacked for nothing. We had everything we needed.” This passage about your childhood with your twin sister and your mother, free as it was of all material contingency, speaks to the extreme liberty that your mother embodies even in old age and physical decline.
ANNA DUBOSC — Yes. My mother is deeply feral and unruly. She has lived in complete detachment from social constraints and the world of money. This indifFerence — this innocence, even — corresponds to what i imagine happiness to be. That said, my mother has a very concrete relation to existence. She has lived her life surrounded by objects, photos, and broken knickknacks, but these objects and bits and pieces have no value. Their only “value” is affective, and that for me is the only true meaning of the word.

OLIVIER ZAHM — Might your novel’s purpose be to bear witness to a liberty that people in the working-class neighborhoods of paris no longer have?
ANNA DUBOSC — I don’t know. I feel that i had a marvelous childhood in a marvelous world, but perhaps the dazzling world that the ’70s and early ’80s in paris represent for me is in fact nothing but the dazzle of my childhood. I remember a little boy who threw a fit and broke everything in sight during our birthday party because to him we seemed so very rich — which wasn’t the case, at all. but he had sensed our “ease,” which was in fact our taking the luxury of insouciance in the face of a hard life. 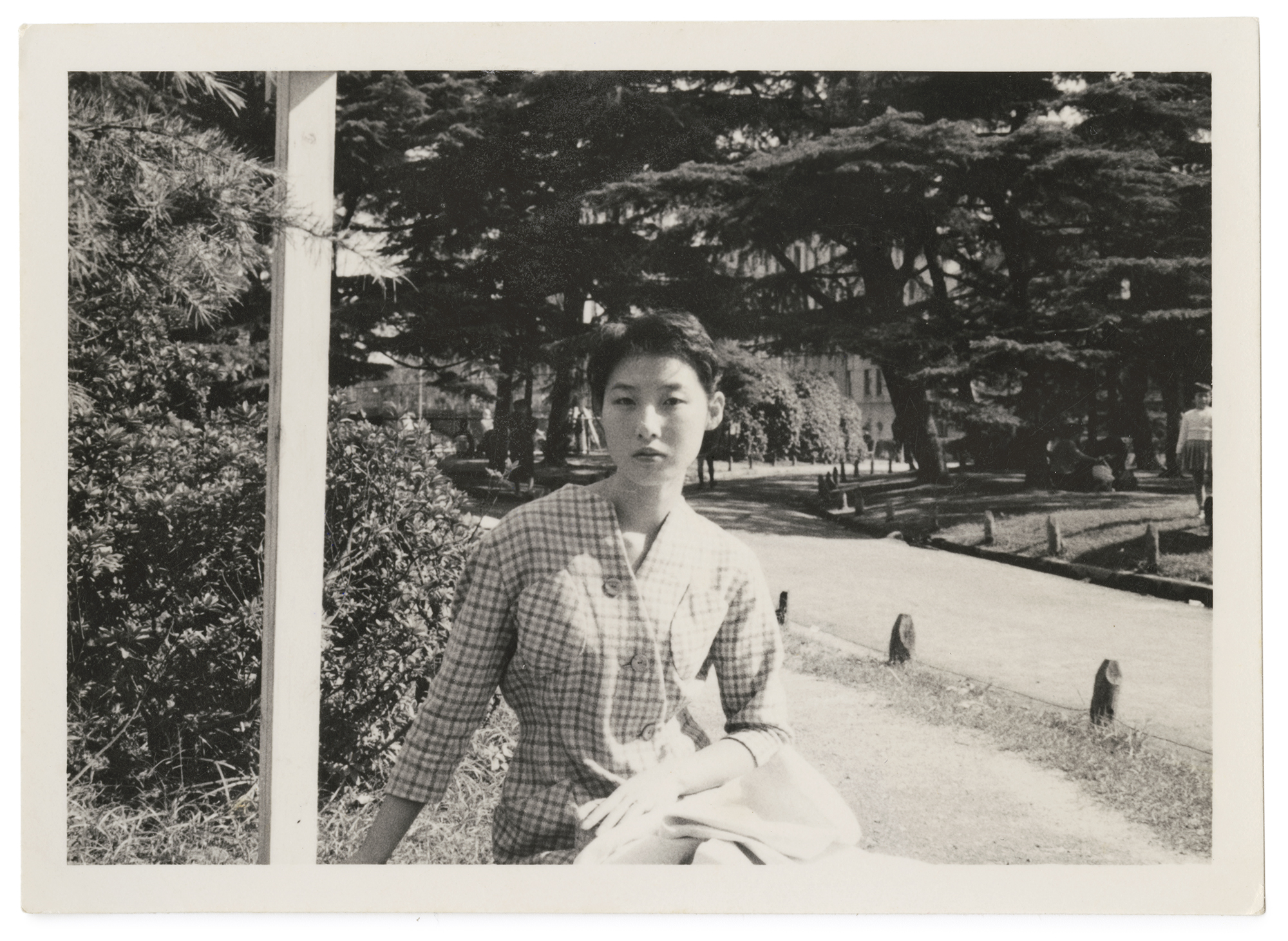 The poet Koumiko Muraoka in Tokyo

OLIVIER ZAHM — Your mother, speaking of her lapses of memory, laughingly says: “you know what? it’s great. everything’s new!” might your book be a sort of poignant manifesto for radical forgetting, which is per- haps the mark of true elegance at the dawn of this terrible era we’re living through?
ANNA DUBOSC — Let’s say that her horrible illness fits her like a glove. She thrives on forgetting, and the forgetting mirrors her childish, malicious soul. My mother has never been one to protest. From my point of view, though, her life is in itself a sort of protest, a form of existential activism against the social imprisonment of our lives and our thoughts. I say quite openly that we were raised by a madwoman, and yet I know no one else who is so free and so unlamented.

OLIVIER ZAHM — In the book, you are at times quite hard on your mother, who exasperates you and makes your life impossible. You don’t hesitate to break the taboo on the mother-daughter relationship, on an absolute love that sometimes tips into its opposite.
ANNA DUBOSC — Yes. I’ve always been fascinated by my mother. In the span of a day, I could go from repulsed to frightened and from frightened to adoring. But in expressing this ambivalence, or violence, I have no sense of breaking a taboo. To write is to fall into yourself and serve that truth. Otherwise why write?

OLIVIER ZAHM — Why is writing vital to you?
ANNA DUBOSC — Writing has always been part of my life. I could easily say that it’s in writing that we lived, in writing that my mother could return to manchuria and everything she had loved, in writing that i capture and set in order the things that escape me. It engages everything I am, physically, mentally, absolutely. It’s not simply sitting at your desk. Everything is writing. Every relation, every event takes place in writing. It’s a way of relating to the world. 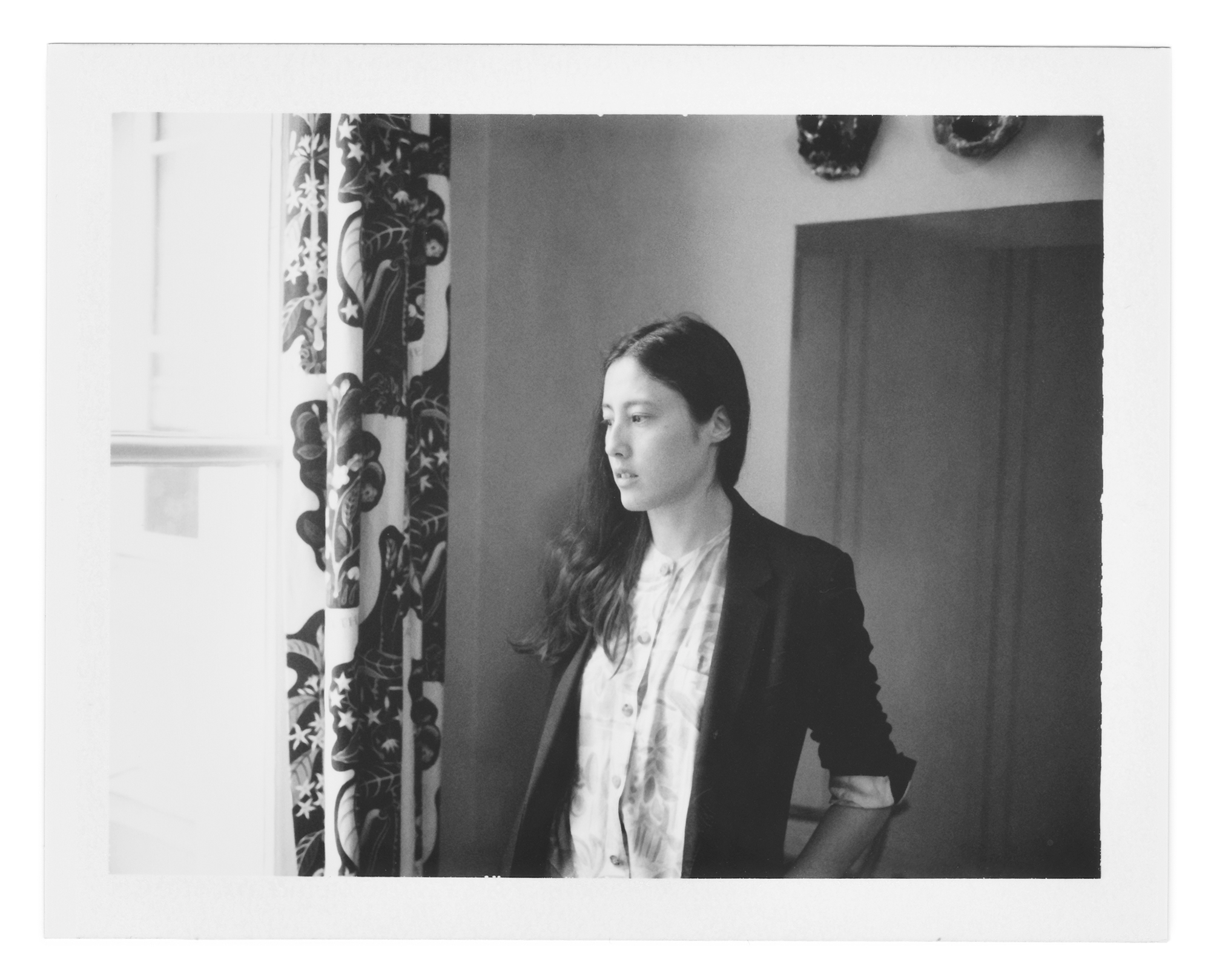 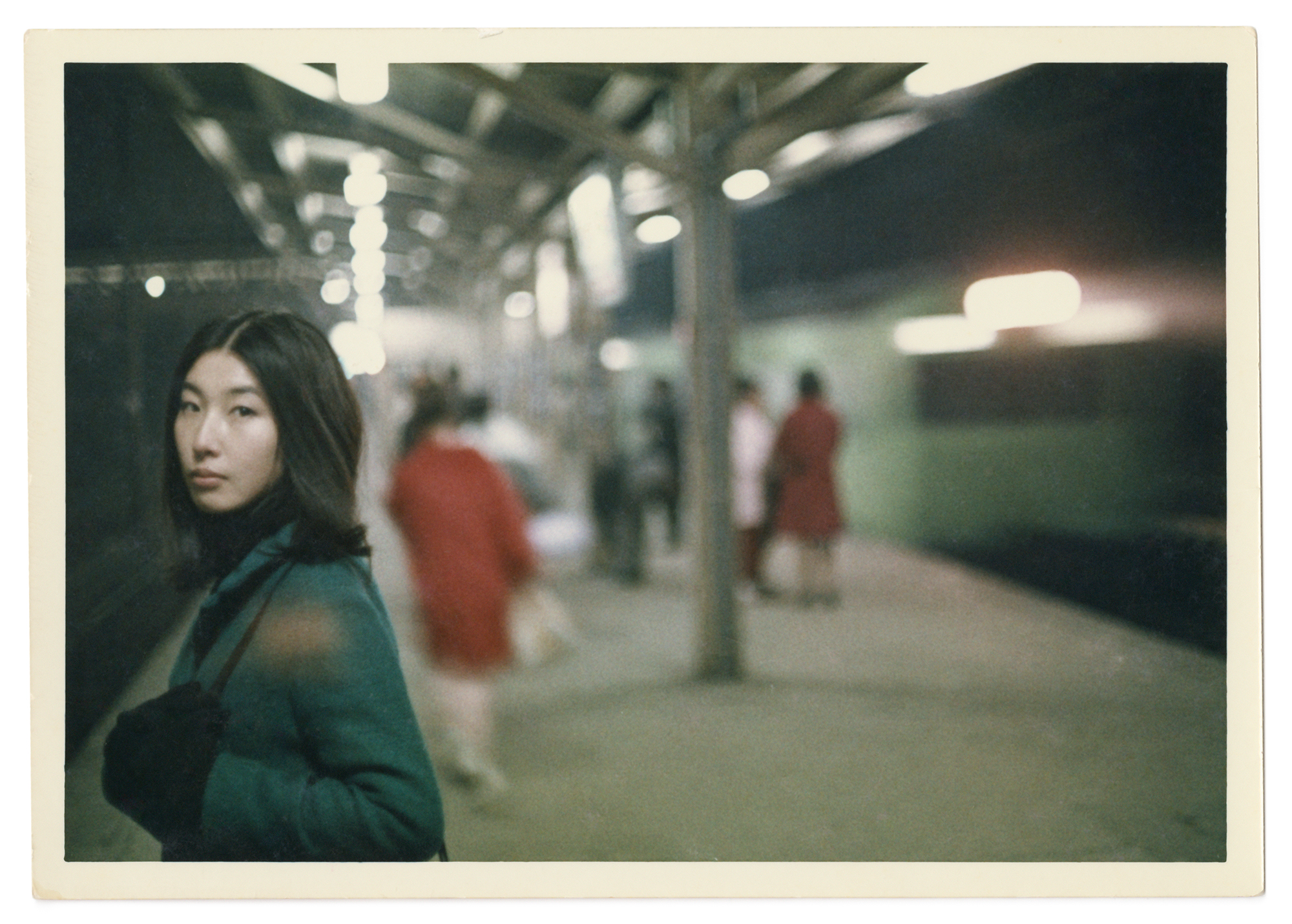 The poet Koumiko Muraoka in Tokyo 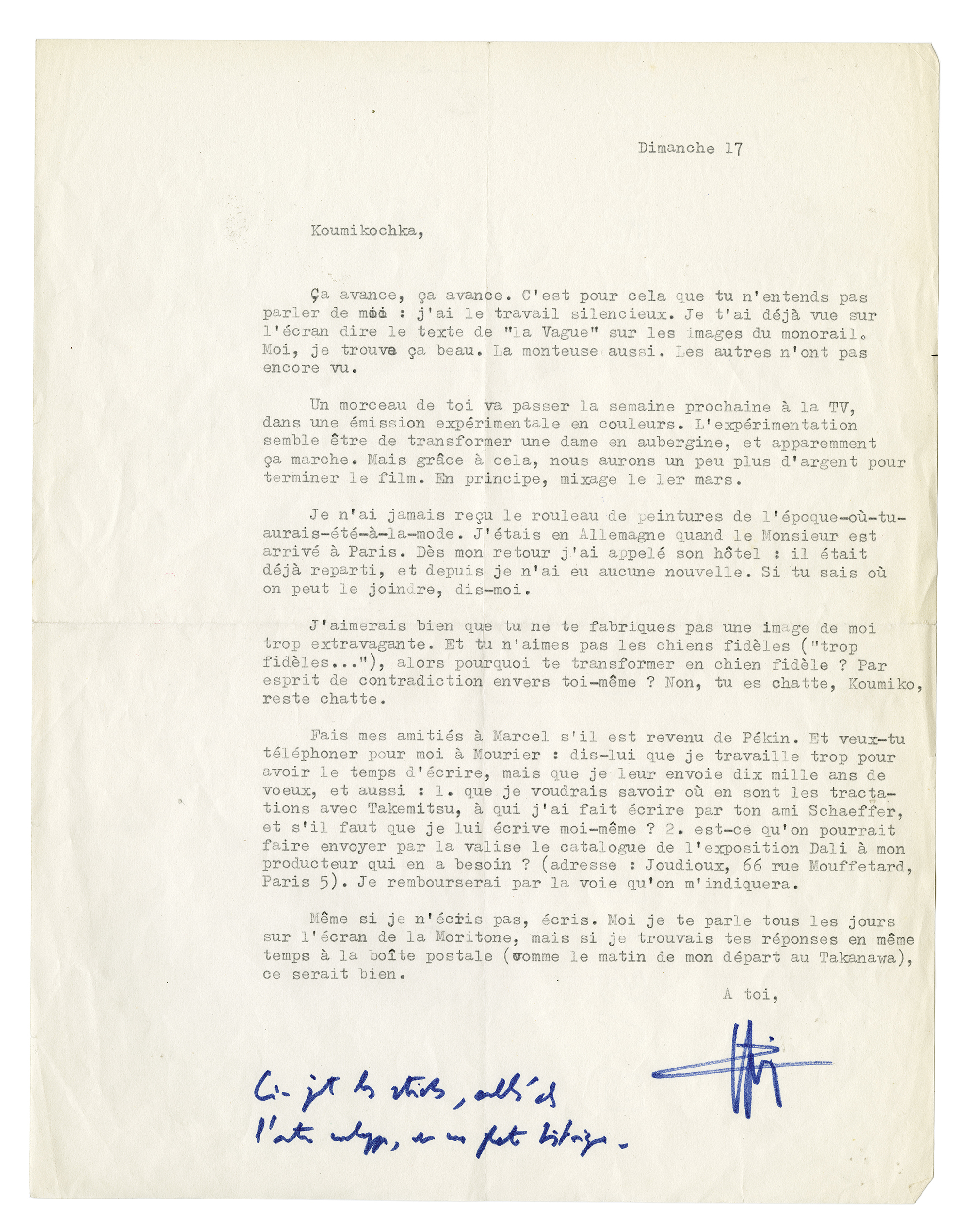 A letter by Chris Marker to his lover, Koumiko Muraoka