all artworks courtesy of the artist

MAURIZIO CATTELAN — Why do you do what you do?
JULIUS VON BISMARCK — Because I would be bored not doing it.

MAURIZIO CATTELAN — If you weren’t an artist, what would you be?
JULIUS VON BISMARCK — Something that would make more sense in a post-apocalyptic world. Imagine the only thing you can do is art, but there are no white cubes, no collectors, and no one at all interested in art. Maybe some pavilions would still be used for shelter and some sculptures as weapons, but most of the art would be completely useless when it comes to surviving. I think engineer or drug dealer are jobs that are fun and will generate a solid income in both the pre and the post apocalyptic world. 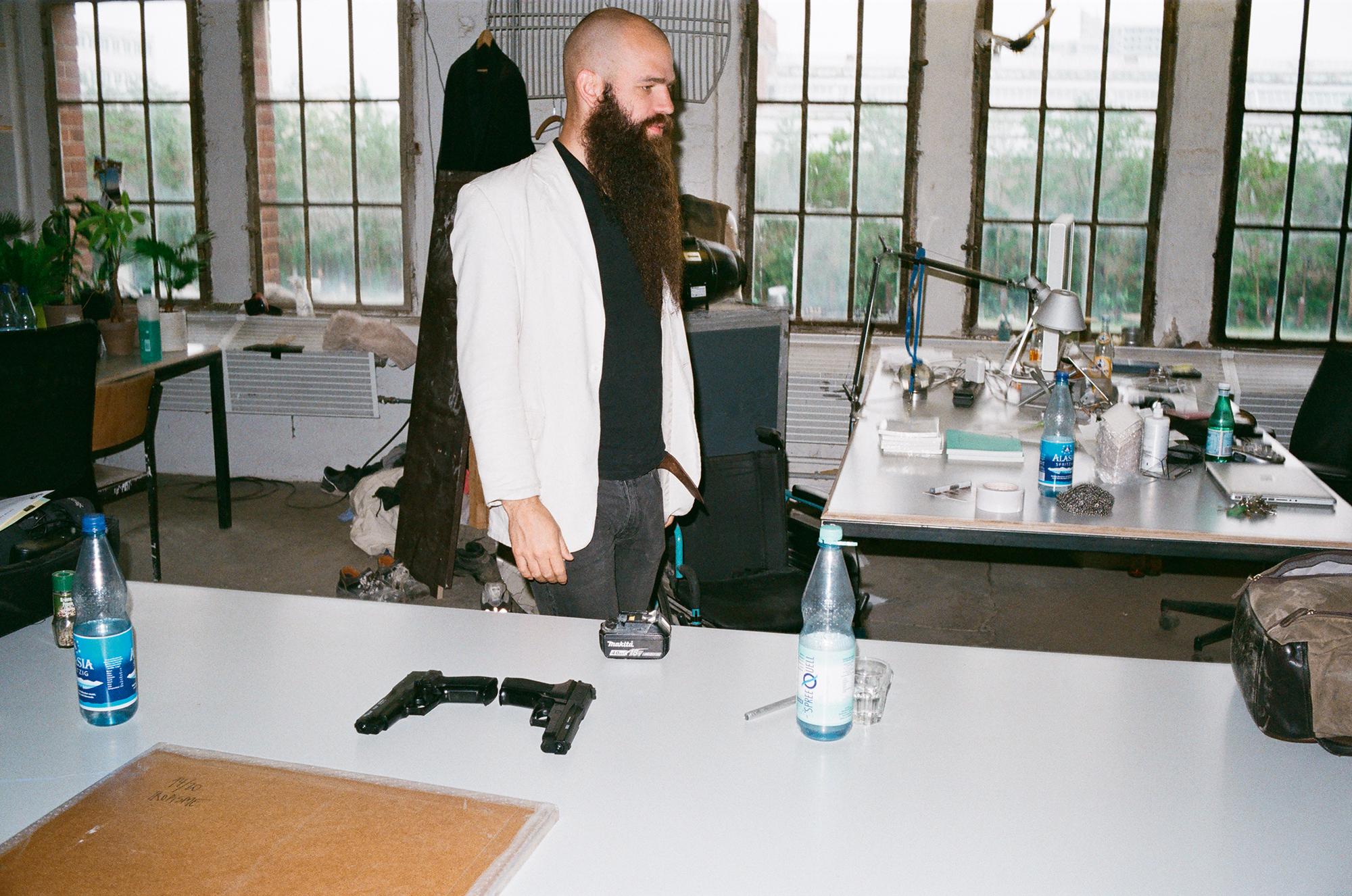 MAURIZIO CATTELAN — Isn’t your work more a caption for the world than an image?
JULIUS VON BISMARCK — Captions are words, images are visual, the world is more. I would see my work more like a situation.

MAURIZIO CATTELAN — Are your pieces intended to be chronicles of reality?
JULIUS VON BISMARCK — No, I am interacting with reality through my work, not just recording. I think it’s impossible to show an objective or chronological documentation of the world. The attempt to do this is, in my view, impossible because it is an attempt for truth. Journalism is supposed to do so, and I can’t stand it.

MAURIZIO CATTELAN — Do you like to stick a finger in the wound?
JULIUS VON BISMARCK — No, I prefer to stick it in the anus. 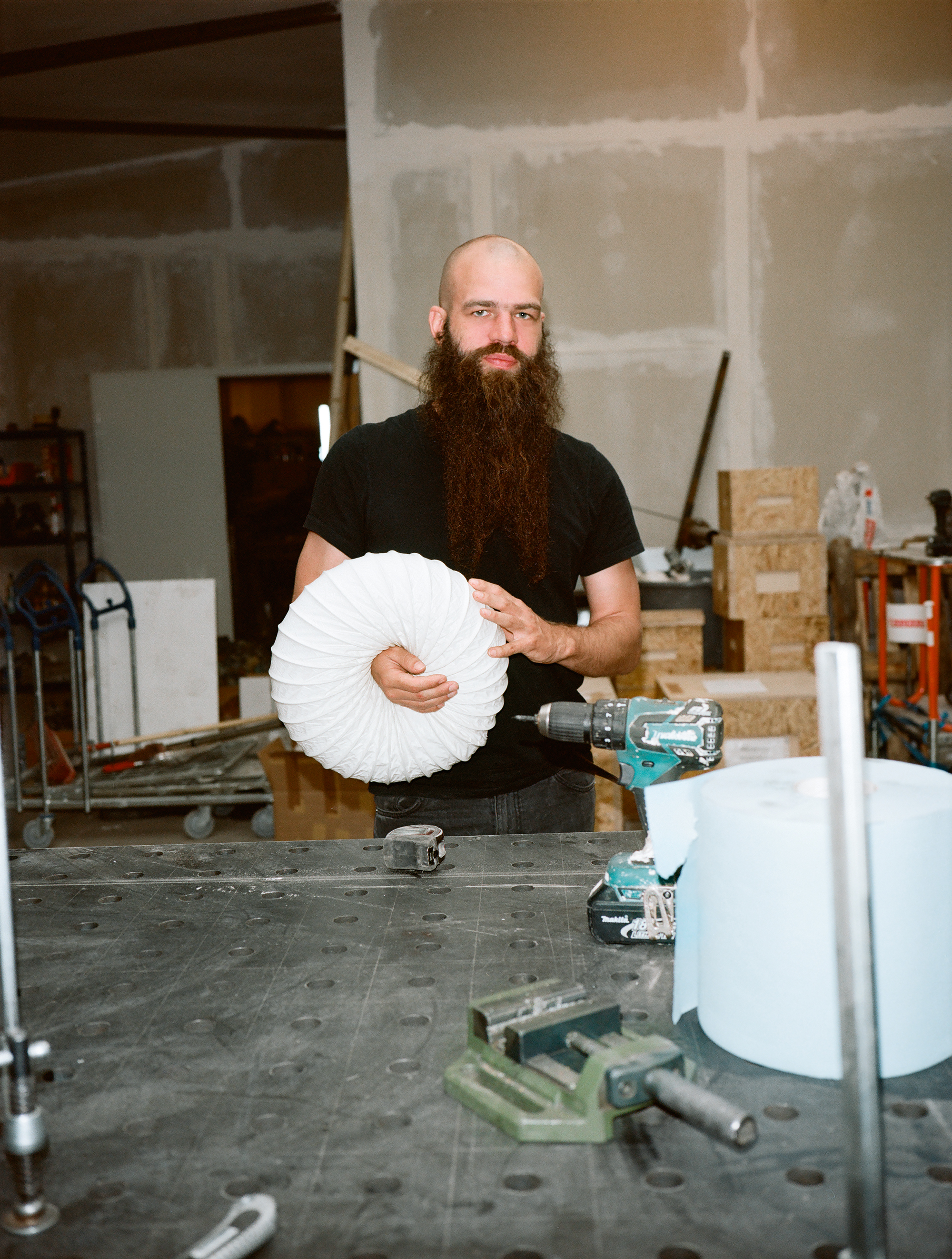 MAURIZIO CATTELAN — Is there still something that cannot be said?
JULIUS VON BISMARCK — Yes, for sure. I think the number of things that can’t be said is not decreasing. Of course, there used to be more taboos than now, but there were also things you could have said 100 years ago that would end your career if you would say them now.

MAURIZIO CATTELAN — Has your work ever been censored? Do you ever feel like you censor yourself?
JULIUS VON BISMARCK — Yes and yes. I think self-censoring is normally doing the job more efficiently than public censorship. As long as you are an artist competing for public money, trying to get an exhibition in a public institution, you don’t want to piss off the people of power behind that institution. Same for private collections. Sometimes pissing off powerful people can also lead to big financial success, as you can see in the case of Ai Weiwei. To have freedom to do what you want to do and say what you want to say, it’s important to be present in many countries and gain your income from very different sources. Like this, you can afford to criticize institutions, societies, or governments because you can rely on others that will still support you. I love to be able to choose in which countries I produce my work and where I exhibit it. 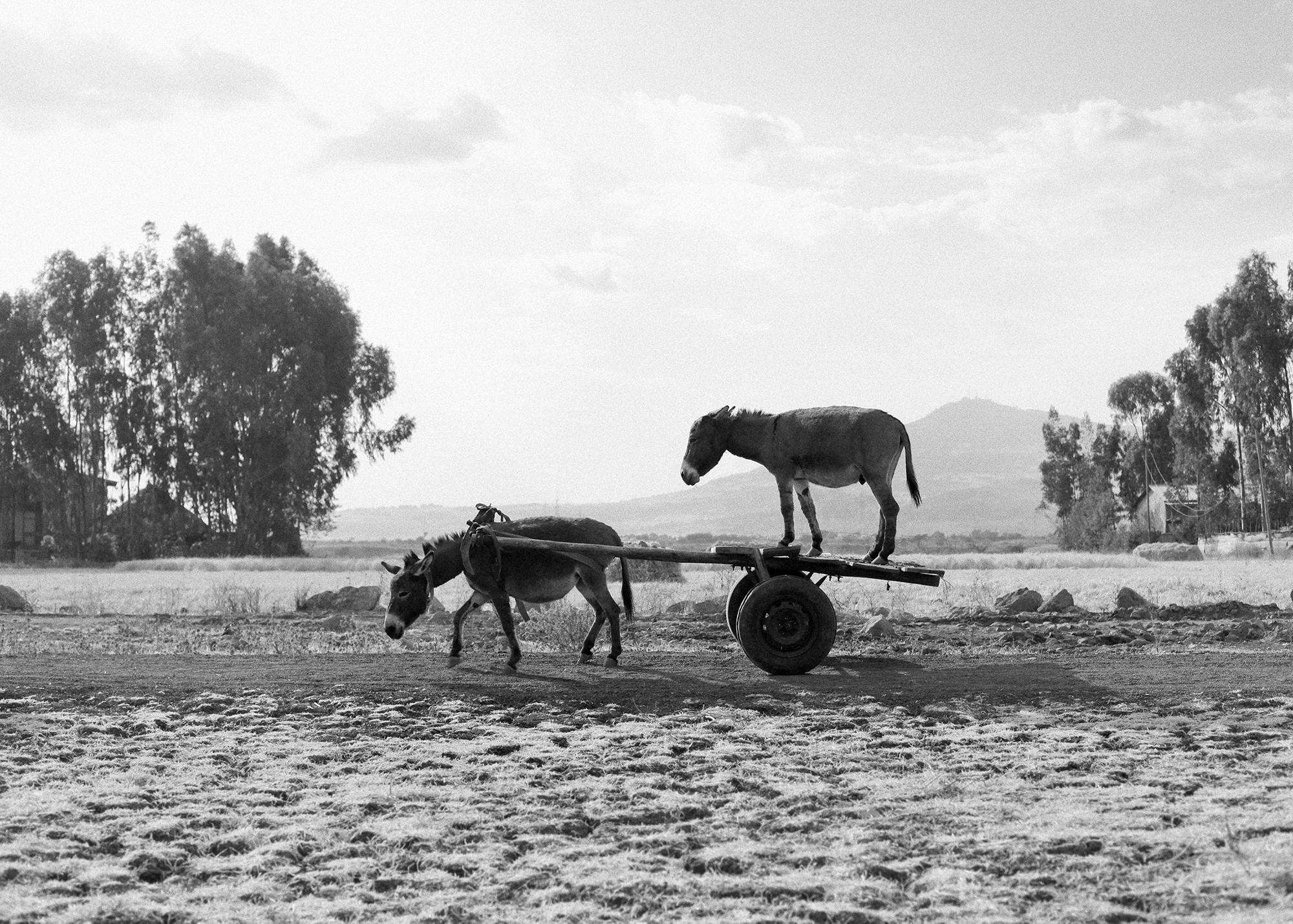 MAURIZIO CATTELAN — Why is being “against” important?
JULIUS VON BISMARCK — Against what? I think being against is as boring as being for something. In your question, it sounds like being against means being against some kind of established power or mainstream. Or can it also mean being against refuges? I guess not. Somehow I don’t get the deeper meaning of this question.

MAURIZIO CATTELAN — If you were a human activity, what would you be?
JULIUS VON BISMARCK — I would be digestion and sometimes diarrhea.

MAURIZIO CATTELAN — Is evolution the result of human action or human design?
JULIUS VON BISMARCK — I remember from school that evolution is the opposite of design because design needs a designer. So I guess it’s human action. 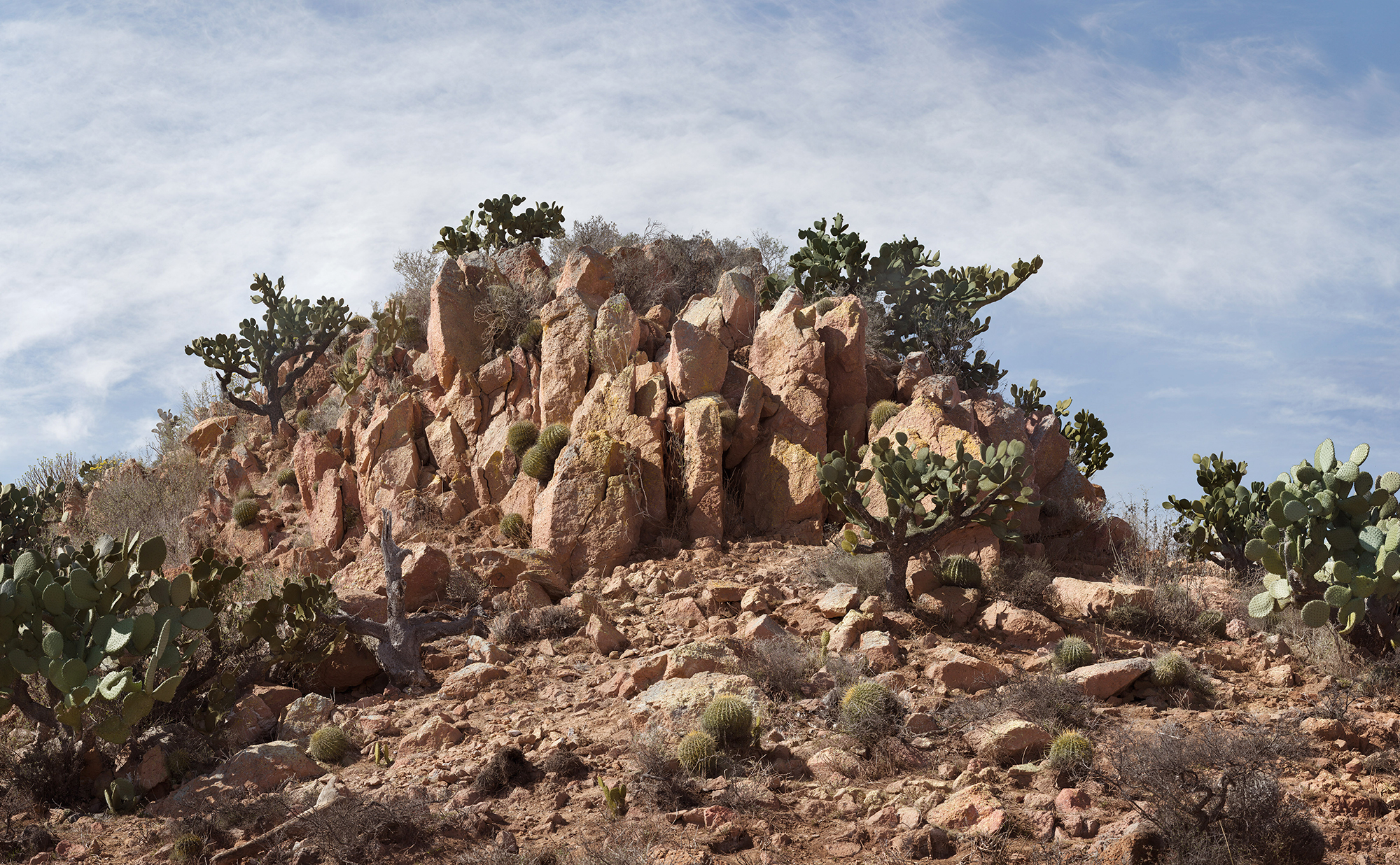 MAURIZIO CATTELAN — How does money influence your work?
JULIUS VON BISMARCK — More than I want it to — sometimes in a bad and sometimes in a good way. I don’t feel very attached to it, as it comes and goes. I gave up trying to control it. It’s like gambling.

MAURIZIO CATTELAN — To what extent are your works autobiographical?
JULIUS VON BISMARCK — I don’t think my personal story is more interesting than any other, so I am not trying to tell the story of my life through my work. But, of course, everything I do is based on the experiences I made in my life, so everything that I do is a result of what I have done before. This sometimes gets very obvious, but I want my works to also be able to stand on their own.

MAURIZIO CATTELAN — Is there anything that still surprises you?
JULIUS VON BISMARCK — Yes. The political climate change in the last two years. I am shocked!

MAURIZIO CATTELAN — Would you make people forget any of your work, if you could?
JULIUS VON BISMARCK — No! 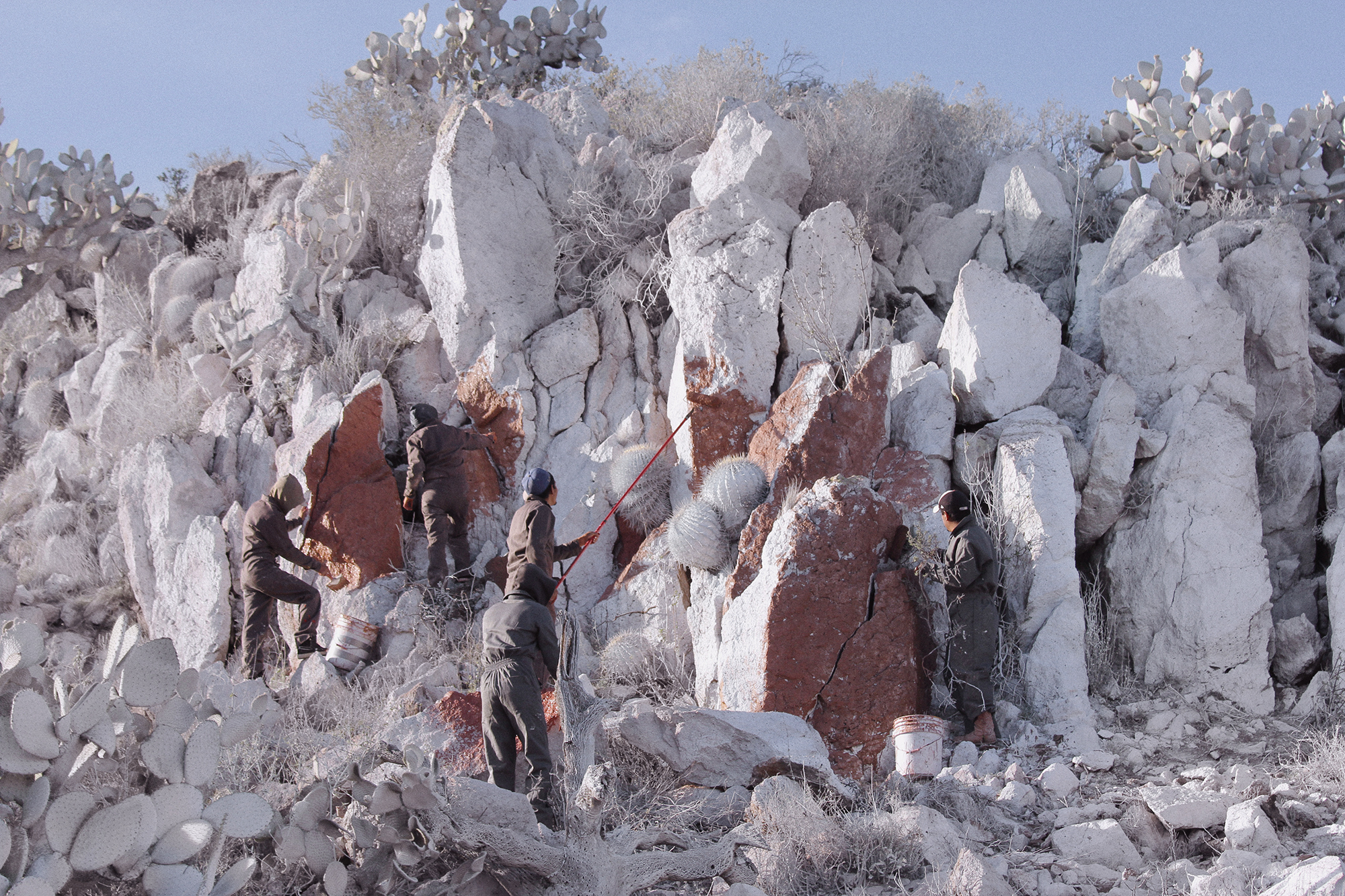 MAURIZIO CATTELAN — Is there anything you feel certain about?
JULIUS VON BISMARCK — The two openings that define my body.

MAURIZIO CATTELAN — Do you ever not work?
JULIUS VON BISMARCK — Yes, sometimes I am just pretending to work. It’s hard to draw a line between work and nonwork. I guess that’s a typical artist thing. I don’t know if this gets better at some point.

MAURIZIO CATTELAN — What’s the most difficult thing you’ve  done until now? Is there something you’d like to do and that you haven’t yet?
JULIUS VON BISMARCK — Saying “no” is difficult. I’m trying to do a project that I’ve been planning for a very long time, and which hasn’t gotten support from any institution or gallery so far. I had to say “no” to a couple of opportunities in order to make some time for that project. This is definitely harder than just going for the
projects that you get support for. And there are a lot more things I have on my list that I would love to do. Most of them are either too expensive, too dangerous, or
too illegal to do now, but I am getting better at handling these problems.

MAURIZIO CATTELAN — Is losing control something that bothers you?
JULIUS VON BISMARCK — I am always losing control. I am pretending to keep it sometimes, but I know I can’t. Sometimes I even do it on purpose. 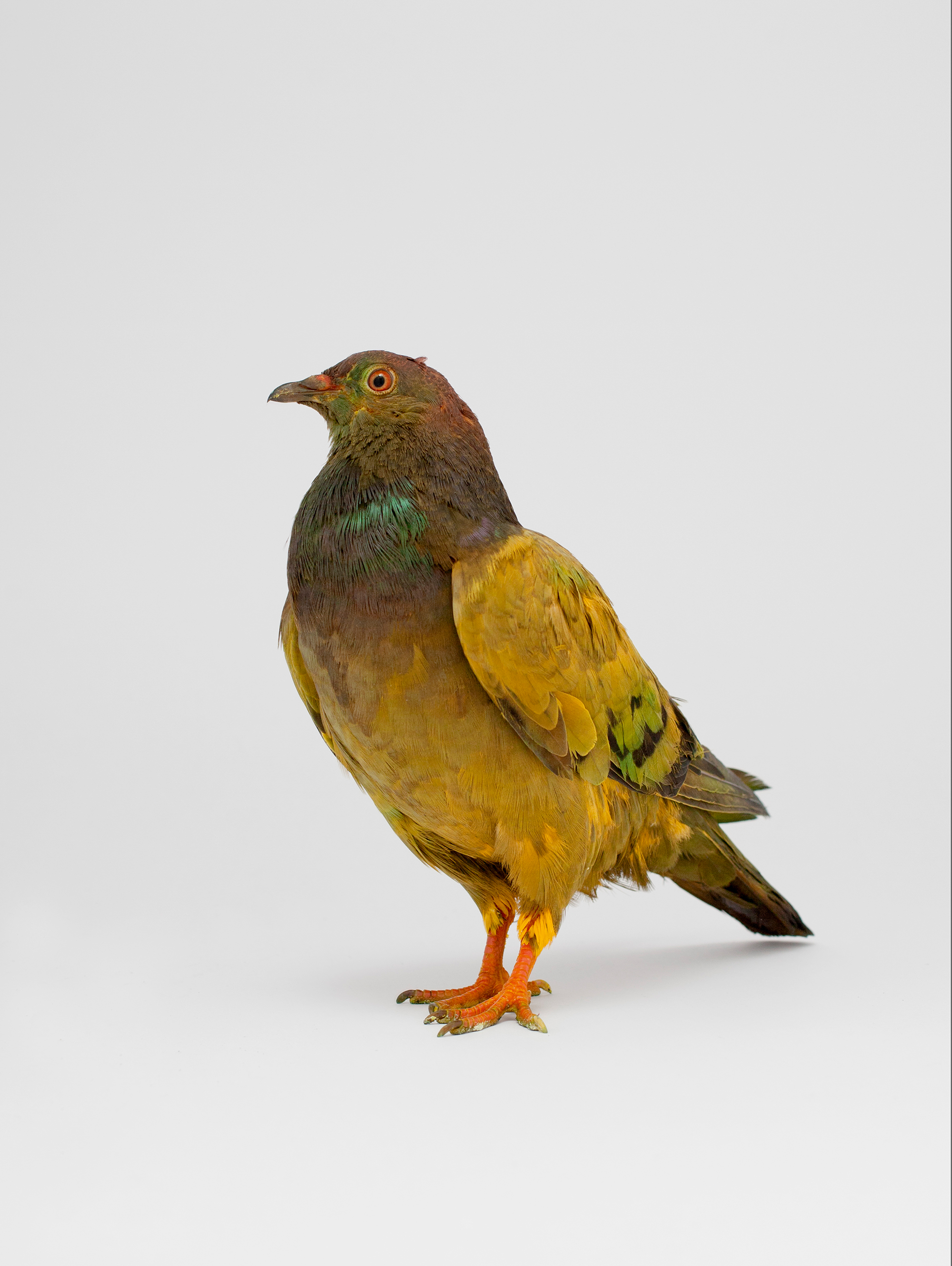 MAURIZIO CATTELAN — Tell us about a work of yours as if it were a story.
JULIUS VON BISMARCK — Two Donkeys [Zwei Esel]. This is a story from the life of a middle-aged donkey, A, who had spent his whole life in a small village two hours from Addis Ababa. He knew everyone in the village — his fellow donkeys, their employers, the chicken, the dogs. He even once almost bumped into the local gang of hyenas, but luckily managed to avoid them at the last minute. One day, a car he hadn’t seen yet came to the village. Two men stepped out. One of them looked very strange to the donkey. He squeezed his eyes to see better, and this guy was something like an albino, all white, but with a lot of dark hair on his face. [The men] talked to the other villagers and showed them money. They were talking especially to the donkey’s employer, a lot. At one point,  he was waving toward the donkey and made gesticulations that the donkey chose to ignore for the time being. The employer walked away and came back with donkey C, who was pulling a cart. A was still not sure how to feel about C. C was younger, and the employer had bought him half a year ago at the market, so he had grown up in a different village. C seemed nice enough but was also quiet, as if he was either too proud to gossip with the others or too shy. The albino beard man looked at C and the cart and nodded, and then the employer came for A and pulled him to the cart. A thought it would be his turn to pull the cart, so he flexed his muscles and stretched his back and mentally prepared for the nuisance of the halter. But then the employer and the strange man were pulling him to the back of the cart. A didn’t understand — what did they want? There was nothing on the cart. C was also feeling nervous about the strange behavior. But the employer and the white man talked and talked and pushed and pulled and put hay on the cart until A thought they had gone mad, and they wanted him to step on the cart. This was crazy and dangerous. The cart could tumble. It was also crazy because A had legs, unlike the hay that needed pulling because it could not walk. A was also not as lazy as the employer, who sometimes made A pull him to the neighboring village. A was also not familiar with heights; he had never stepped higher than maybe a flat rock that gave him access to some higher leaves. But the employer and the man were being so adamant that finally the donkey gave in and stepped on. It was absurd! There he was, his head higher than the men who stood on the ground, higher than that of C. He looked beyond them across the fields; he could almost see the neighboring village. And then C started walking! The ground was moving, but A’s feet and the cartdeck stayed the same. A took in the view and started laughing. C looked back at him and shouted, “If you keep laughing, silly A, I’ll start running!” So A just chuckled and watched the bushes and earth pass them by, and he watched C’s hooves moving on the ground, and he looked down at his own legs, which weren’t moving at all.