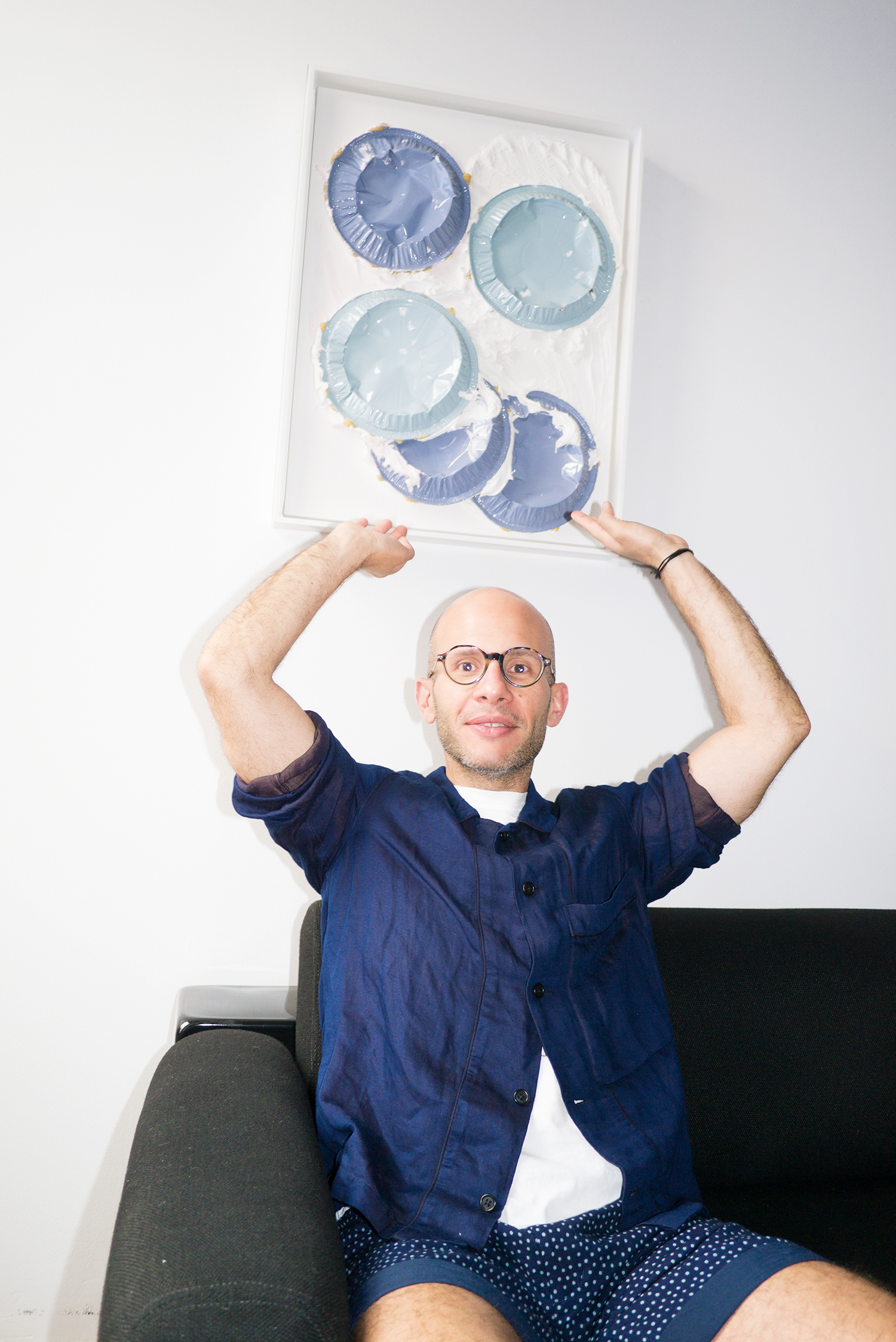 Rafael de Cárdenas in front of a painting by Lucien Smith

FELIX BURRICHTER — Three years ago, you’d just finished the restaurant Niko on Mercer Street. At the time, you had a reputation as the guy who uses stripes made of tape and lots of color, what many identified as direct references to Memphis. How would you say your work has evolved since then?
RAFAEL DE CÁRDENAS — Well, I’m older now, and my taste always evolves. I’ve also further structured my prac- tice over the past eight years, and our clients have gotten a lot bigger since then. There are higher stakes, and the projects have gotten more commercial, which I like. As for the stripes you mentioned, I’m not sure if you could really call that a style. I like them, and I use them a lot because they’re a cheap way to do a lot with very little, and to some degree they have a timeless quality. But it’s more about patterns in general and an idea about endlessness and surfaces.

FELIX BURRICHTER — How do you feel about the Memphis comparison?
RAFAEL DE CÁRDENAS — A French journalist recently said that I was some- thing like the spiritual son of Memphis and Donald Judd. That was maybe the best compliment I’ve ever been paid. But the funny thing about Memphis is that I also resist it because its forms were always purposefully humorous, and I don’t really employ humor that way in my work. I don’t think my work is funny, and I don’t really want it to be funny. 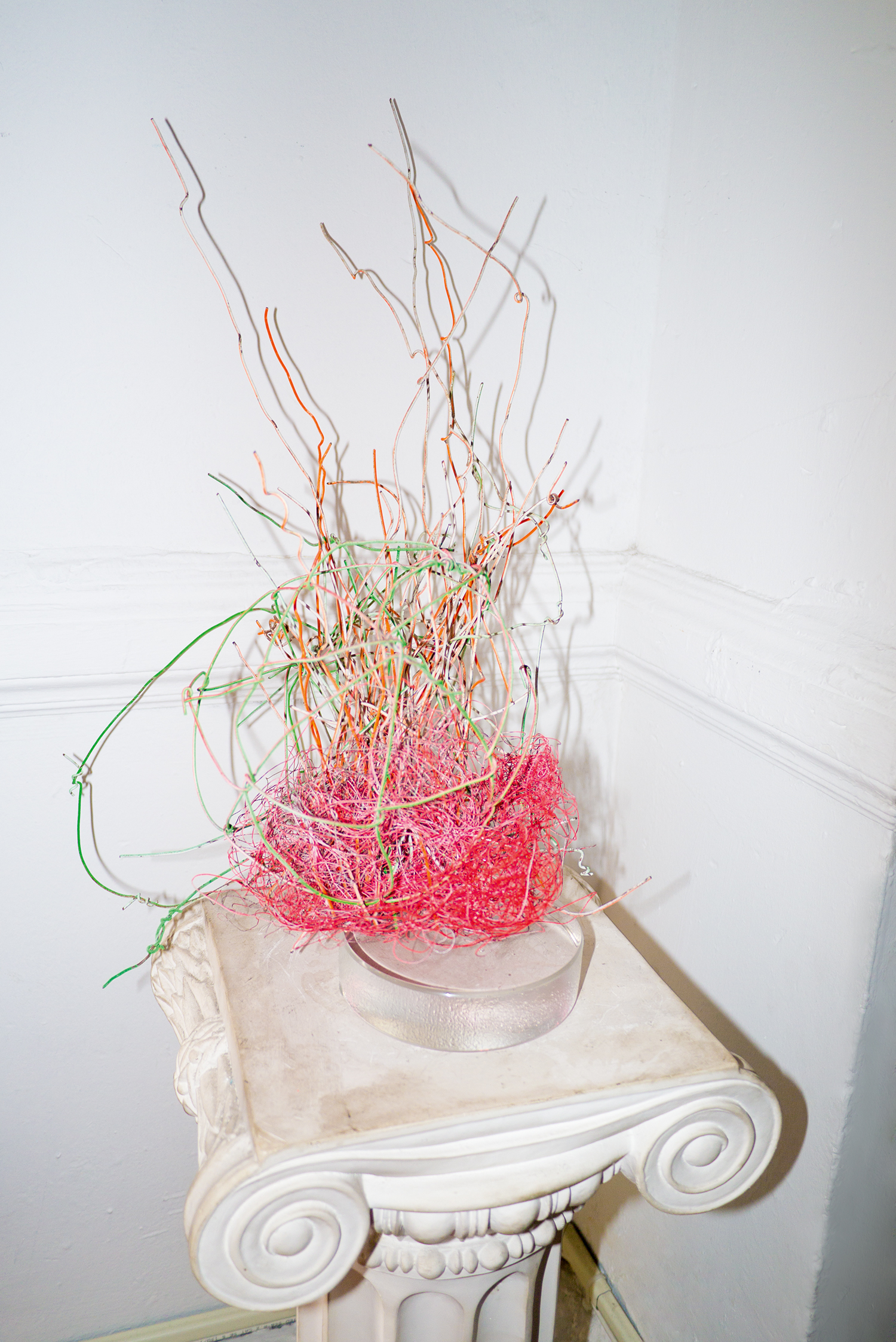 A sculpture by Jamison Carter

FELIX BURRICHTER — There was always an inherent social critique with Memphis. Do you have that, too?
RAFAEL DE CÁRDENAS — I don’t really engage in social critique. But what I’m really interested in is creating atmospheres, effects, or a mood — and the way that space and the visual world can make you feel. I’m interested in the moment, in contemporaneity, what things mean now, and how they’ll change.

FELIX BURRICHTER — You’ve studied architecture at UCLA, but you’re not interested in architecture at all. How come you deliberately overeducated yourself then?
RAFAEL DE CÁRDENAS — I fell into architecture because I didn’t think interior design was rigorous enough. And there’s a rigor in the work I do that wouldn’t be there if I hadn’t done that master’s degree at UCLA. I also believe that you have to know something in order to be able to say that you don’t like it. But it’s not that I don’t like archi- tecture. I actually get very excited about it. What I don’t like is academia.

FELIX BURRICHTER — You take very seriously retail design. What is it that appeals to you?
RAFAEL DE CÁRDENAS — Retail architecture is something that is meant to captivate a culture for however long is important and can stay in the air for a long time. You can think of it like songs, in a way. So many stay around, and they define time in their own way, maybe better than words. Specifically nuanced things are difficult to define, especially in popular culture, which is already an amalgam of so many things. 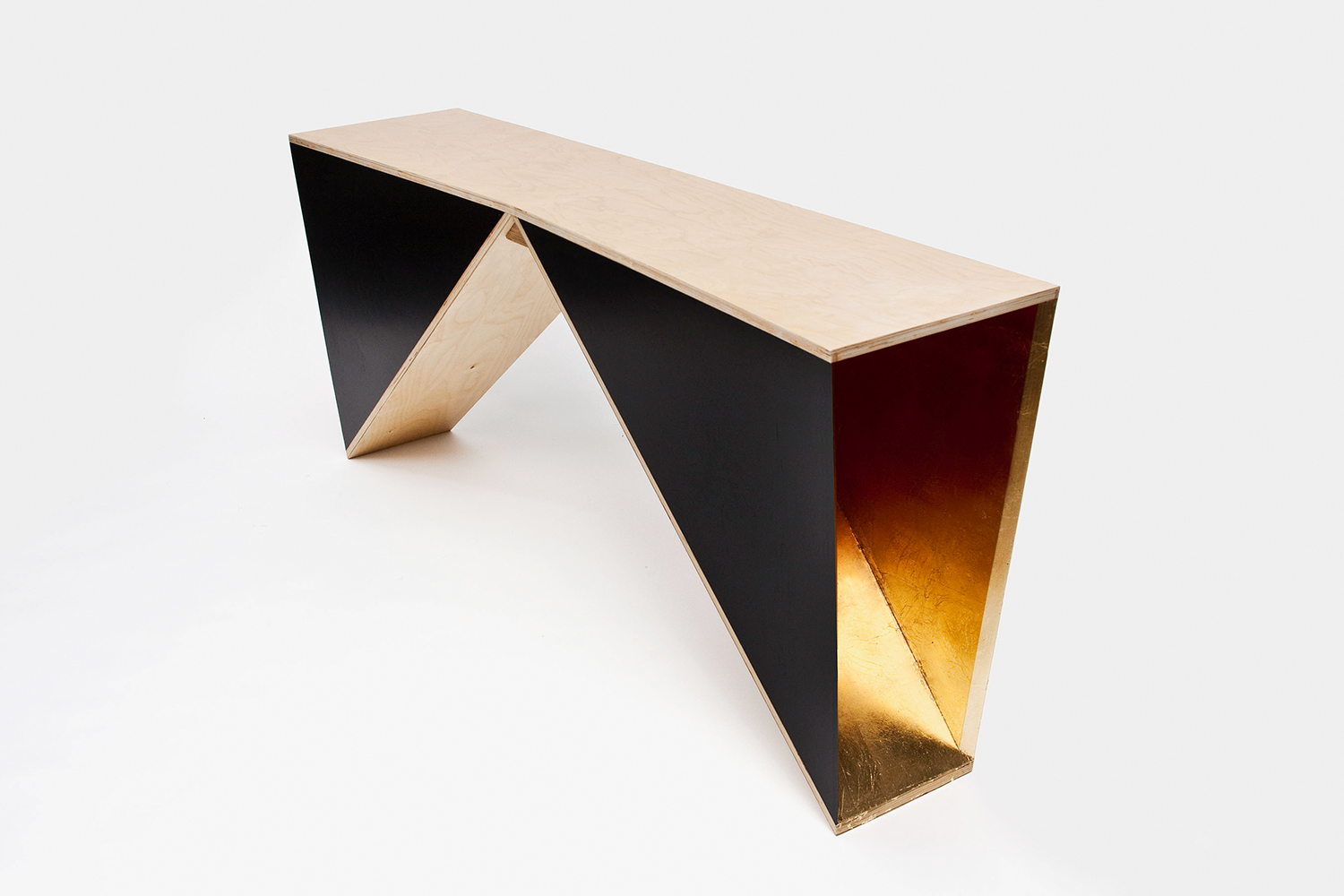 FELIX BURRICHTER — What kind of pop culture moments reverberate for you?
RAFAEL DE CÁRDENAS — I think everyone looks back to youth, the magic of discovery. For me it was the first time I went to the club Saint in New York in the ’90s, when I was a teen. I’d never seen anything like it before. I think about it over and over. Like when I first heard Divine’s “Native Love.” It still sounds fresh, new, and rebellious, like it comes from a rawness that I don’t see much anymore. Of course I’m romanticizing my amazed 10-year-old self, but as you get older such moments of amazement are fewer and further between.

FELIX BURRICHTER — You were 10 when you went to the Saint?
RAFAEL DE CÁRDENAS — I was 13 when I went to the Saint for the first time, but I was 10 when I saw Divine perform “Native Love” on public access television. I was literally transfixed. I tried to tape it, but I only caught the tail end. I didn’t understand it, and it still fascinates me, so I try to replicate the feelings I had. 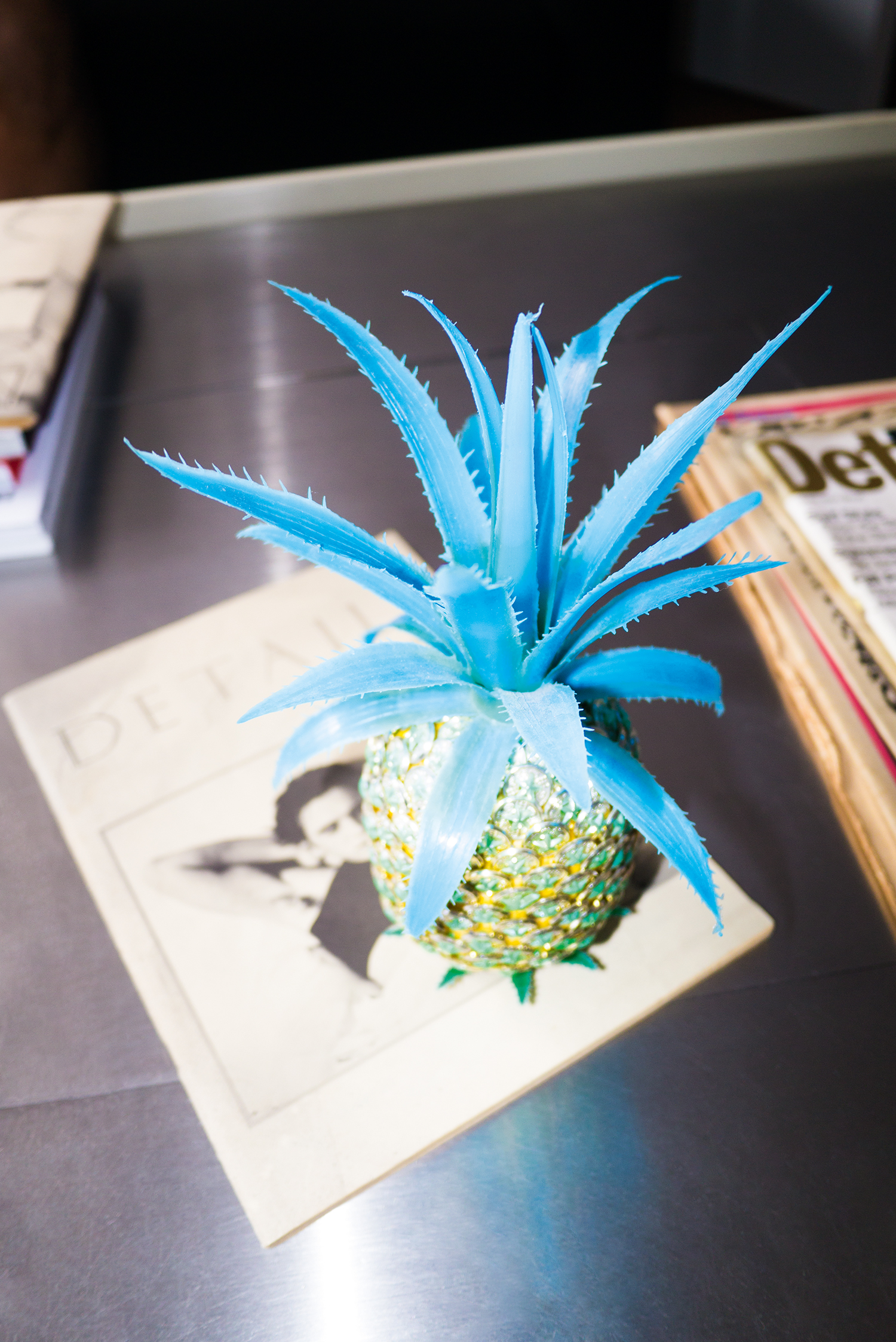 FELIX BURRICHTER — Do you deliberately hide visual clues or references in a project that the client might not understand?
RAFAEL DE CÁRDENAS — It’s not like putting one of Divine’s eyebrows above their bed, and they’re never going to know. I want to create something they get, if only from a cultural standpoint. They may never have been exposed to that, but there’s something they can like, and that can be titillating. It’s also sub- conscious, but I’m not all that purposeful. I simply keep sampling from my bag of tricks. I’m like anyone else: once something’s in the world, it doesn’t belong to me but to the world, where it generates new meaning. But I do think that in every space there always has to be some element of discomfort. To me, things that are too comfortable are never great.