The French writer, aesthete, and Purple contributor PATRICK MAURIÈS secretly collects books and decorative objects. For the first time, he opens THE DOOR TO HIS PARISIAN APARTMENT, which is filled to the brim with rare finds from his flâneries and reflects his sophisticated curiosity and exceptional taste. 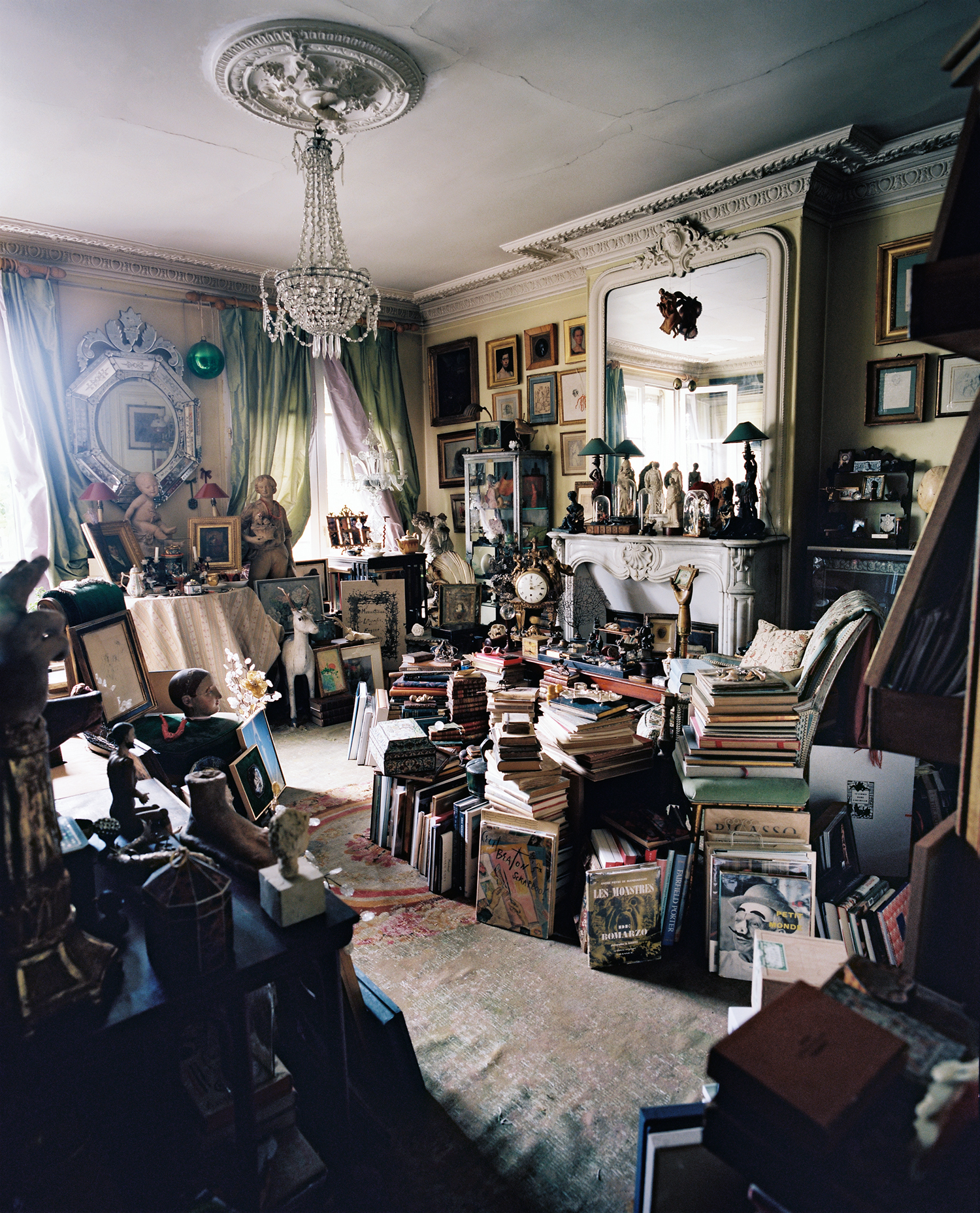 A view of the living room with the books du jour 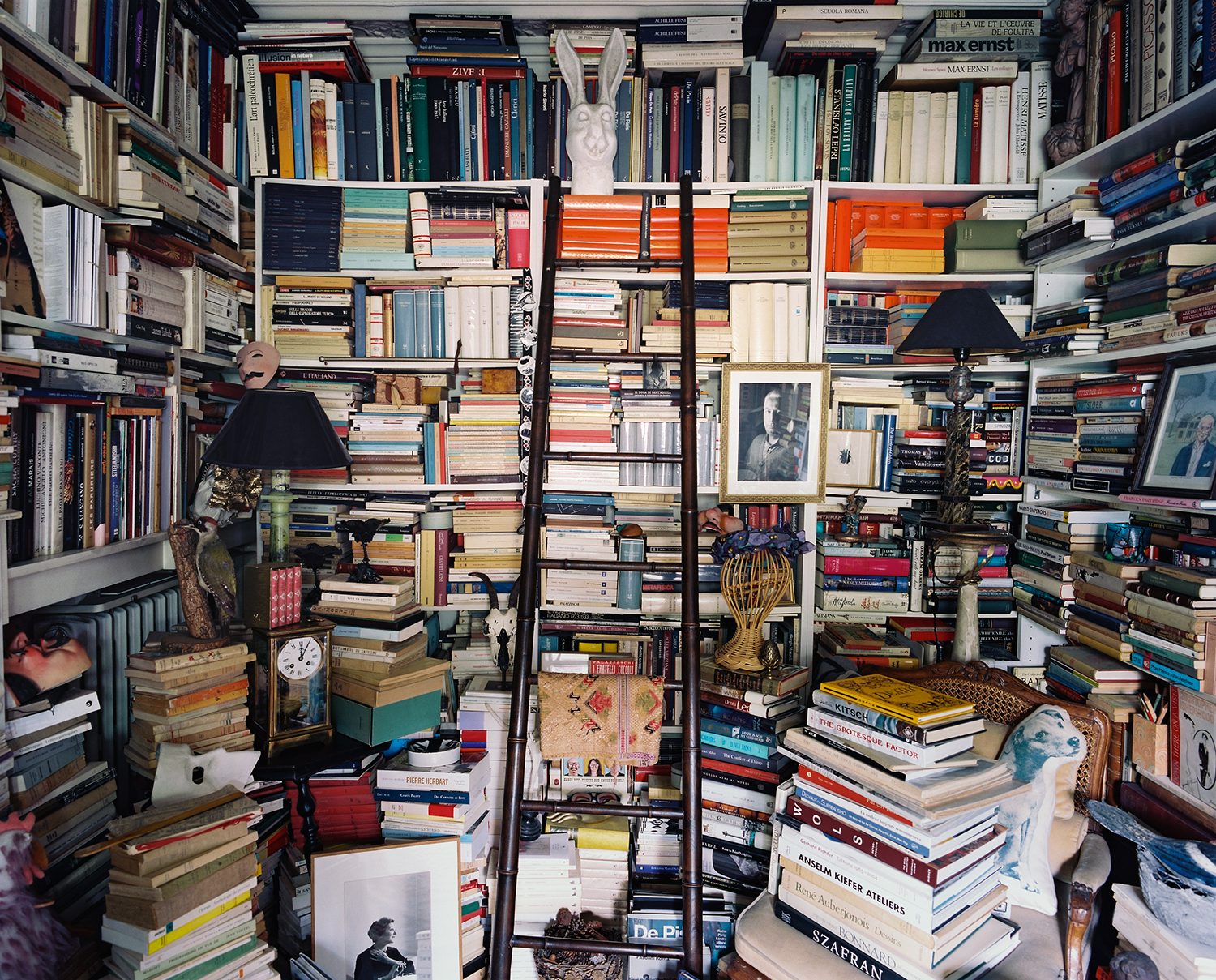 French books to the left, Italian in the back, and English to the right 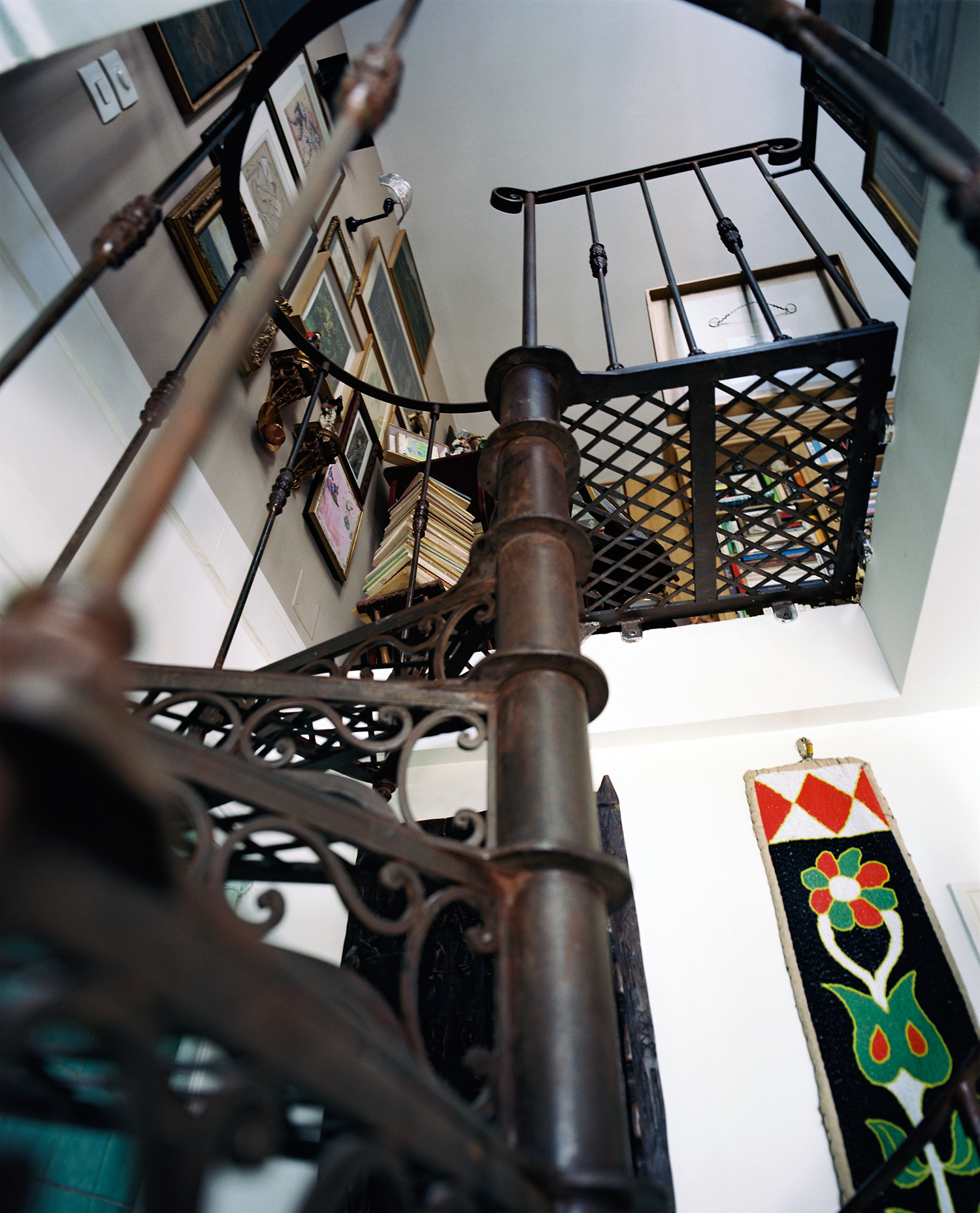 A little iron staircase overlooks the “meditation room,” which was added to the apartment a few years ago

Here is a prime paradox for our time: between posting “selfies” and sharing stuff on Facebook and similar sites, we’re spending a lot of time filling the digital ether with images of ourselves, but we don’t think of showing where we are, our “places.” They’re dead things, inert universes of little interest, we might say. But I see deeper reasons for this reticence. Even though we are perfectly willing to show “everything,” from the most insignificant to the scabrous, we’re on the fence as soon as we’re asked to expose our “interior” — in all senses of the word — torn between a sort of vague indifference or embarrassment (because of the ordinariness of our surroundings, the absence of harmony therein, the disorder of everyday life) and our fear of pretention (our disdain for the subjects of those glossy decorating magazines, in which the rich, nouveaux or not, stand blissedout in front of the proof of their fortune). In our society of frenzied consumption, it is more licit to exhibit your body or your face (hence the “face” in Facebook) than the interior of your home, perceived as an obscene accumulation of possessions. Our modesty has hidden itself inside our homes. 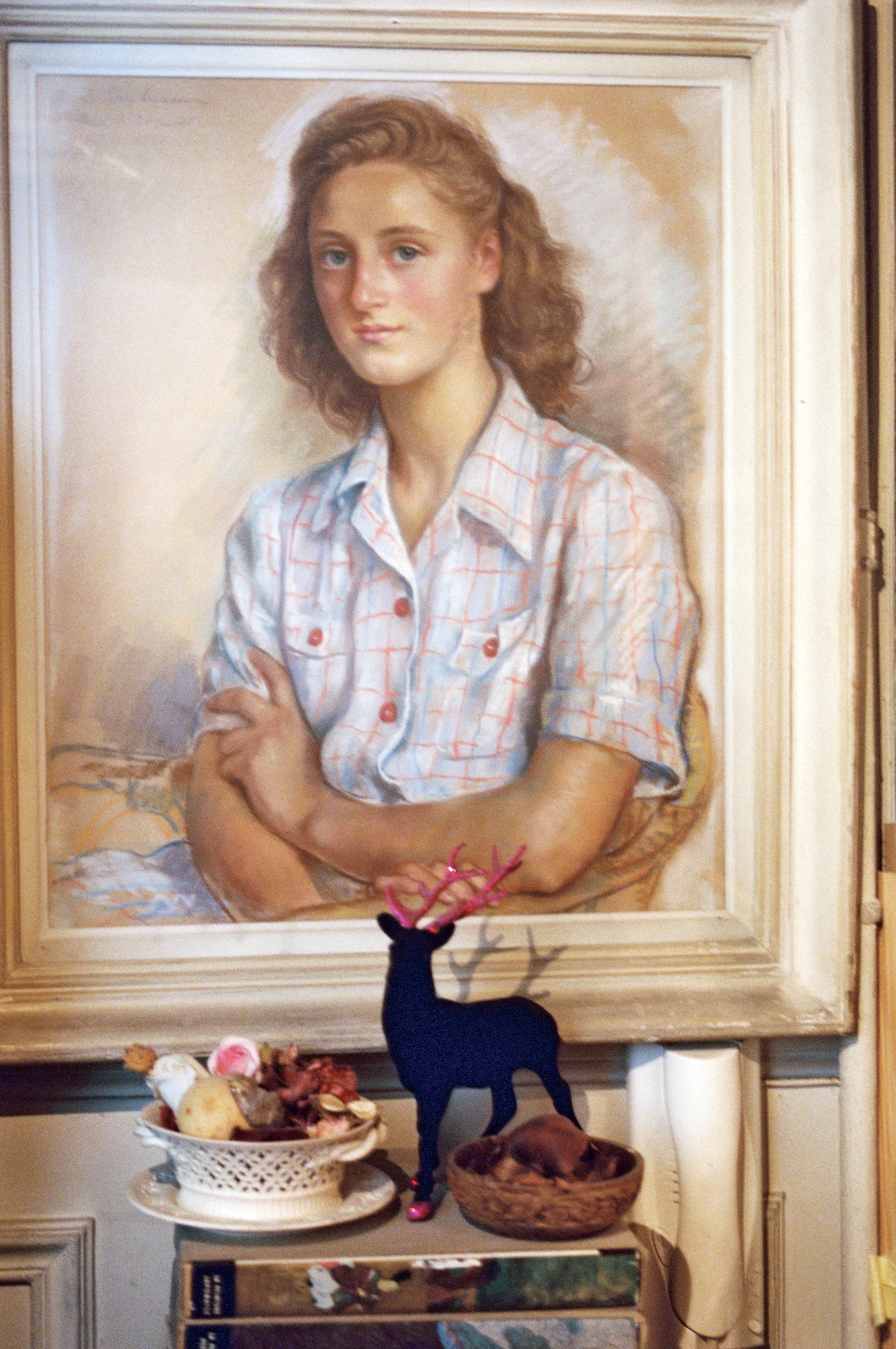 A portrait of a young girl by Zinaida Serebriakova, found for almost nothing at the Drouot auction house

The enthusiastic master of passion for interior decoration, the prolific and infamous Mario Praz, having written several essays and two books on the subject (La Filosofia dell’Arredamento, Milan, 1964, and Scene di Conversazione, Rome, 1971), did not feel the need to deny the imputations of “narcissism” he received after publishing a 400-page tome he’d written about his own home (La Casa della Vita, Milan, 1960); a need I have always found as unjustified as it is inexplicable in reference to a man with such a sophisticated mind.

“The home is the man; tell me what it looks like and I’ll tell you who you are,” reads one of his most famous lines. All images of the insides of our houses offer an indirect “Chinese” portrait — fragmented through an endless number of objects and reflections, as intriguing as it is oblique and incomplete — of its owners. And if we are talking about narcissism, Praz would at the very least be annoyed. I see in this involuntary double game the source of inexhaustible fascination that representation has for us, be it in painting or in photographs, of private homes, self-portraits in the mirrors of things.

“Objects,” said Praz — who was like many people who love interior decoration and are not very good at relating to others — “are superior to people in that they will never betray you.” It’s as banal as the idea of decoration conceived for a gallery (whose only goal is to impress), that of the refuge, the retreat, a withdrawing from the world — but it seems much more pertinent if you also have this domestic passion.

It is traditionally associated with a certain incapacity for living, the life- style of the typical bachelor or spinster, prisoners of a closed world, frozen inside routine and habit. I would situate it in the exact oppo- site direction, in the area of exchange, sharing, and the idea of passing through. Any collector, no matter how attached he is to his “things,” already knows that they have only been lent to him, that they will even- tually find another frame and be part of other collections. Another way of looking at it: a collection requires visits, it asks to be seen, appreciated, and commented upon; in the 16th century the notorious “cabinets of curiosities” were open to travelers from all over Europe, and their proprietors would readily welcome their visits.

It may be a strange experience having the timeline of your own life materialized in front of you in objects, relics, and testimony to a particular moment in time. That which surrounds me is only the palimpsest of my existence. I am not at all a purist collector or a monomaniac (as Praz was; he was obsessed with the massive Empire style); the tiniest piece in this space is above all the result of one of my encounters, be it with one of the artists I have sought out, from Line Vautrin to the Lalannes, from Fornasetti to Gruau, or from Christian Lacroix to Jean-Paul Goude; or it is about the object itself, its bizarreness or its beauty. I worship the perfect find. And this find is not only about the moment it is discovered, because every collec- tor knows that the true depth of his passion is to live with his pieces over time: to be able to contemplate them in the autumn or the summer light, to become tired of them, to forget them, then to see them in a whole other light when they are moved somewhere else, in a dialogue between pieces that goes far beyond the person who possesses them. Nothing is either finished or fixed in this filled, closed universe. Voyage Autour de Ma Chambre is one of the most beautiful books (along with The Philosophy of Furniture by Edgar Allan Poe and La Maison d’un Artiste by Edmond de Goncourt) ever written about the decoration of a life; I would go further by saying that in the interior world of the collector, everything from the detail of a frame to the soft texture of a terracotta piece is but an infinite, even a nagging invitation to travel.