Africa, Mexico, Spain, France, music, architecture, and art: the multicultural, multidimensional, and multitalented KOUDLAM combines all these social energies in his electronic, apocalyptic compositions. The pulsating, symphonic intensity heard in his new album BENIDORM DREAM energetically conveys the ultra-urbanism of the Spanish Costa Blanca beach town, Benidorm, a pastiche agglomeration with the highest number of skyscrapers per capita in the world, one of which he locked himself into to compose these dramatically charged choruses to the future-present. 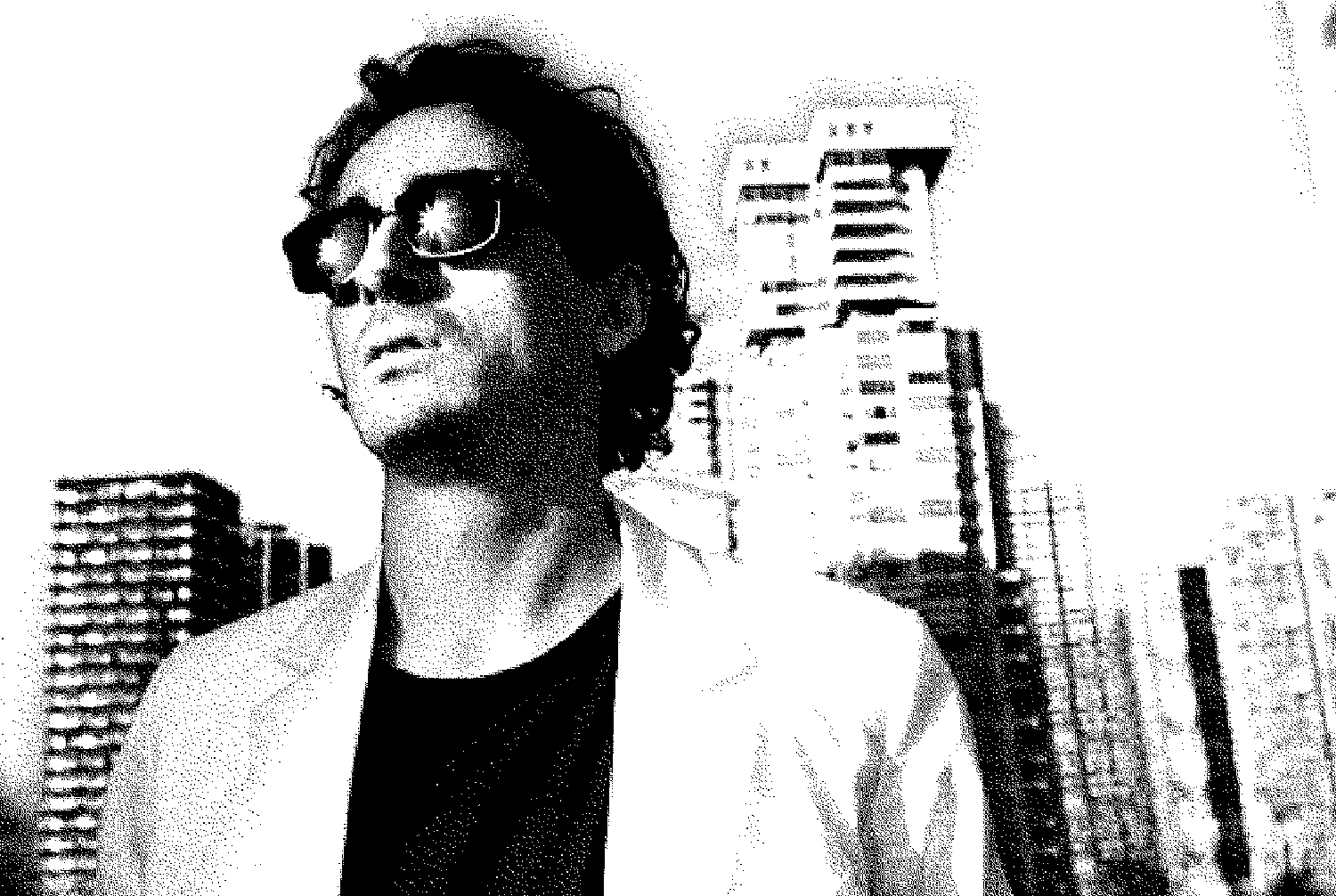 A film still from the “Ouverture” music video by Jamie Harley, the teaser for Koudlam’s forthcoming album Benidorm Dream

OLIVIER ZAHM — How long did it take you to make the new album, and who did you work with?
KOUDLAM — It took me a little over two years. The last album I released was Alcoholic’s Hymns, with four tracks, which came out in 2011. I wanted to do something new, as I have on each of my discs, and it does take time. I didn’t collaborate with anyone, except for my samples and my sound engineer. Oh — and Miguel Senza, a well-known Spanish flutist, who plays “El Cóndor Pasa” on the beach in the summer. Is it true that you worked with Jean Michel Jarre for this album? No, we almost worked together several times, but for the moment what we do is have drinks and talk about music, which is incredible.

OLIVIER ZAHM — Can you tell me about your collaboration with the French artist Cyprien Gail- lard? How did you meet? Are you working with him again on the visual material for this album?
KOUDLAM — We met on a trip to Laos, in 2005, I think. I was recording birds in the jungle, and I literally ran into Cyprien, who was doing Tyroleans (a daring mountain- climbing rope move) with a great group of Australians. We hit it off immediately, and when we got back to Paris, we began working together, and it went really well. Since then, he’s done the visuals on all of my albums and concerts, and we’ve shot in museums all over the world. On Benidorm Dream, I wanted to change my habits, so I worked with other artists. But we’re still friends, and I am sure we’ll be working together on another project very soon. 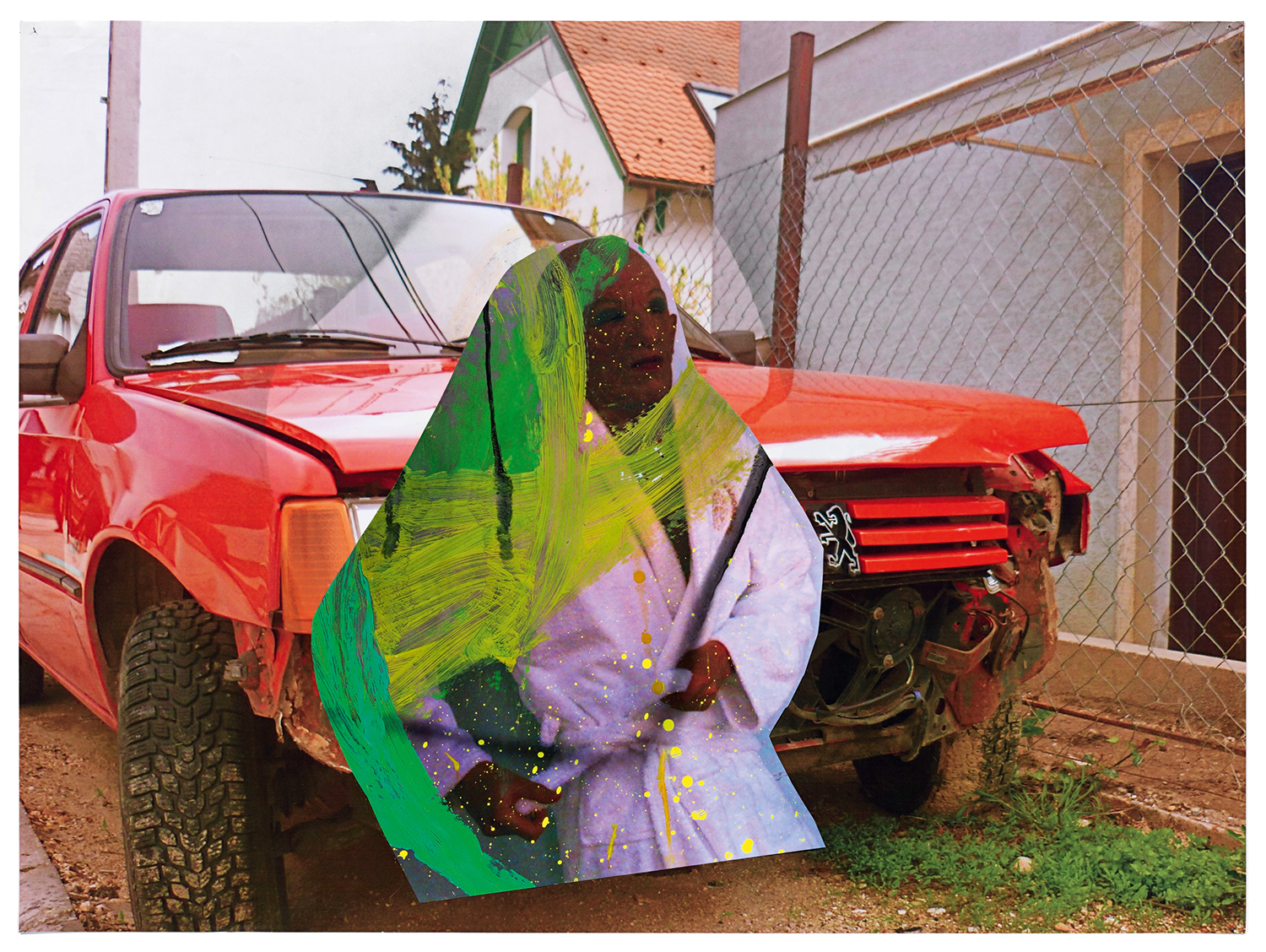 OLIVIER ZAHM — What’s the connection between your musical inspiration and architecture?
KOUDLAM — I’m inspired by the landscapes that surround me, or the landscapes I seek; those can be tall buildings or temples, scenes of nature, or ruins. The landscapes in which we live shape who we are and also shape my music, of course.

OLIVIER ZAHM — Are there any visual artists, filmmakers, musicians that have influenced this album?
KOUDLAM — Oh, lots — but none I can think of in particular. Éric Serra, Seiji Yokoyama, Gucci Mane, Jane’s Addiction — that’s a random list of names that comes to me right now. And Apocalypse Now. I have that film running on a permanent loop at my house; the film is a kind of unhealthy background for our lives, but my wife and daughter don’t have a choice — they just have to accept that it’s always there. Sometimes I set off a smoke bomb when I’m in the mood. I like working in the middle of clouds of smoke. There’s an abandoned stadium not far from my house, in Benidorm, and we tested the sound of the album there a lot, often surrounded by smoke.

OLIVIER ZAHM — Are there any political influences?
KOUDLAM — I haven’t looked at any political events since the end of the Soviet Union; however I do know that things are slowly deteriorating. The future is done from a political standpoint. There is no future for man. Except perhaps in religion. You turn on the TV, and you’re immediately transported into the film Idiocracy; there isn’t even a gap. All of this probably influences my music. I try to open little breaks in the music to invent new creatures repopulating the world with impossible things. In this world, which seeks only to sterilize itself, I invent my own oxygen. I imagine that my music is both a maneuver to sublimate my melancholy and an attempt to invent a new utopia. 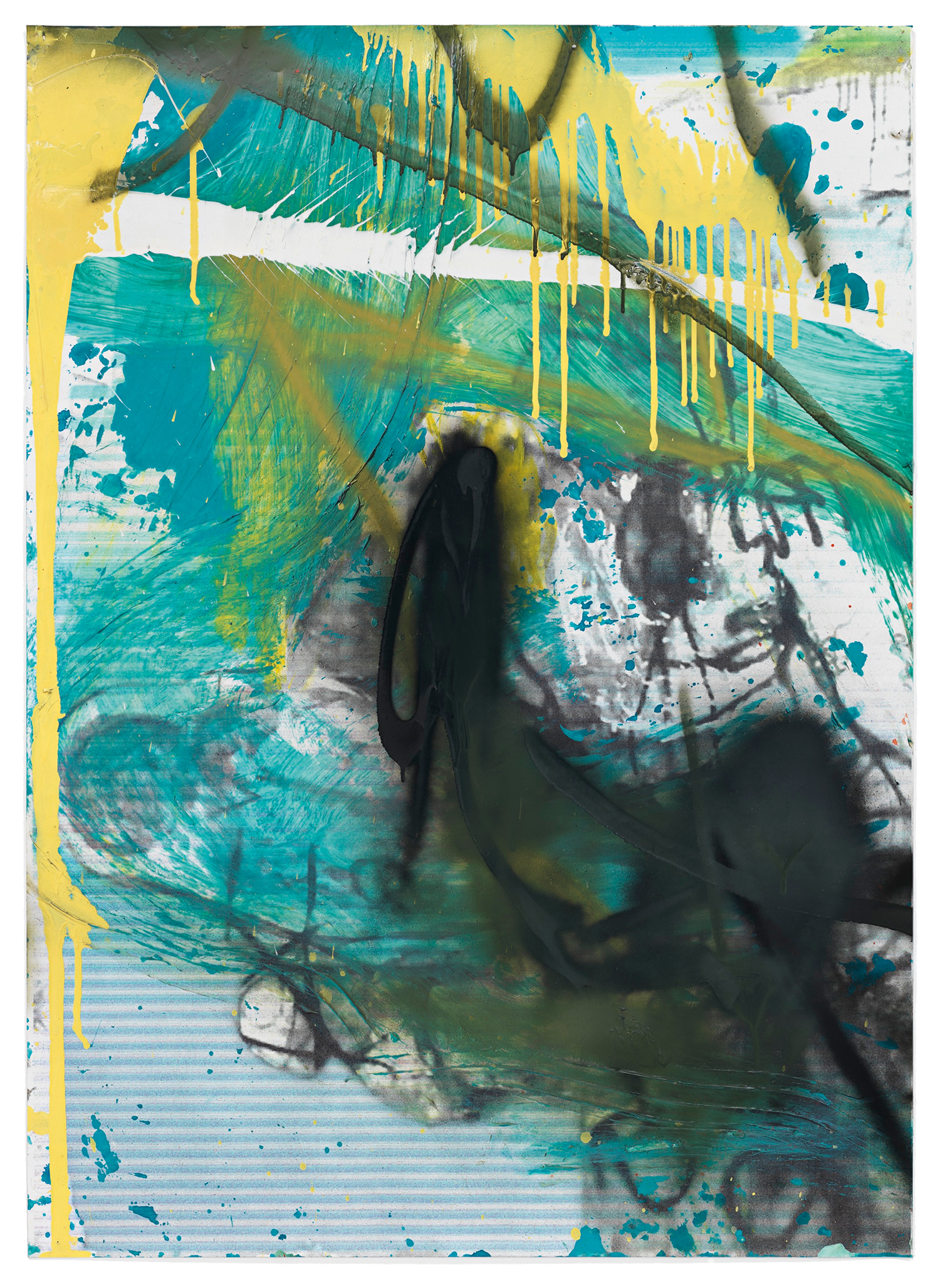 OLIVIER ZAHM — Where did you grow up, and how did you start playing music — did you first learn certain instruments?
KOUDLAM — I grew up in several different places: West Africa, Mexico, and France. I began playing the tam tam in the bush. Then I was in these little groups in middle school, and after that I was intro- duced to techno by my brother and some of his pals, who were playing at a rave. I consider myself self-taught; everything I wanted to learn from the school system was stuff I didn’t go for naturally, to correct an imbalance, for example.

OLIVIER ZAHM — Where do you live now, and what is your house like?
KOUDLAM — I live high up in a tall building in Benidorm, Spain, with my wife and daughter. It’s a large village of rednecks, but it does have a certain panache because its architecture makes it look like a long vista of highrises, a futurist fortress protecting the sea from the desert. I like living there because there are no cool people; the streets are overrun with old people and drunk English tourists. There is no urban planning, and the cops are tolerant. It all reeks of ruins. Certain constructions are just frozen unfinished — it’s all because of the economic crisis. 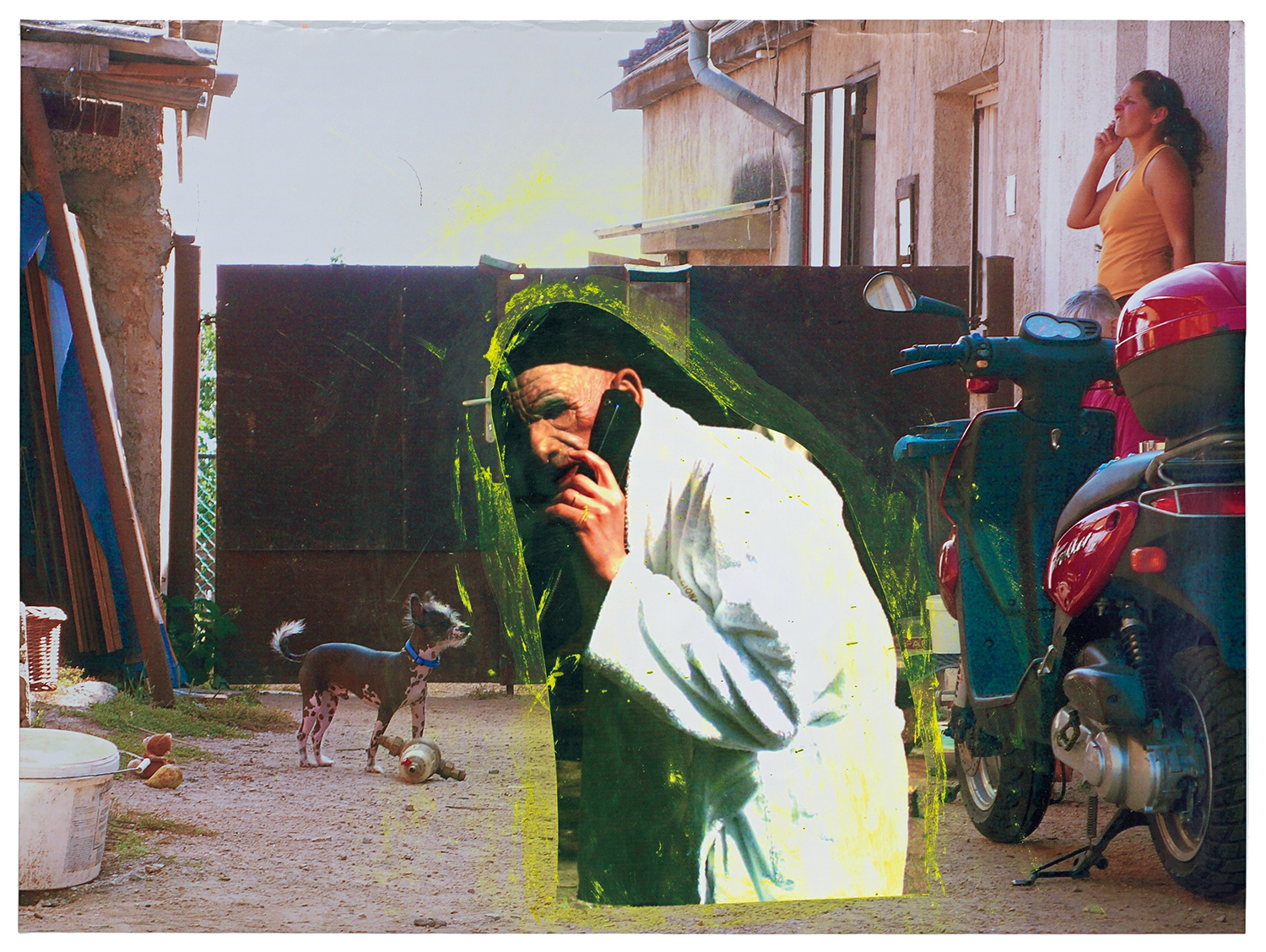 OLIVIER ZAHM — What is the best context in which to listen to your music?
KOUDLAM — In a primal forest, with those discreet yet powerful little Bose speakers installed in all the trees, and far off you can just glimpse a city in the sun. And there’s a scrawny kid bringing you a cocktail. 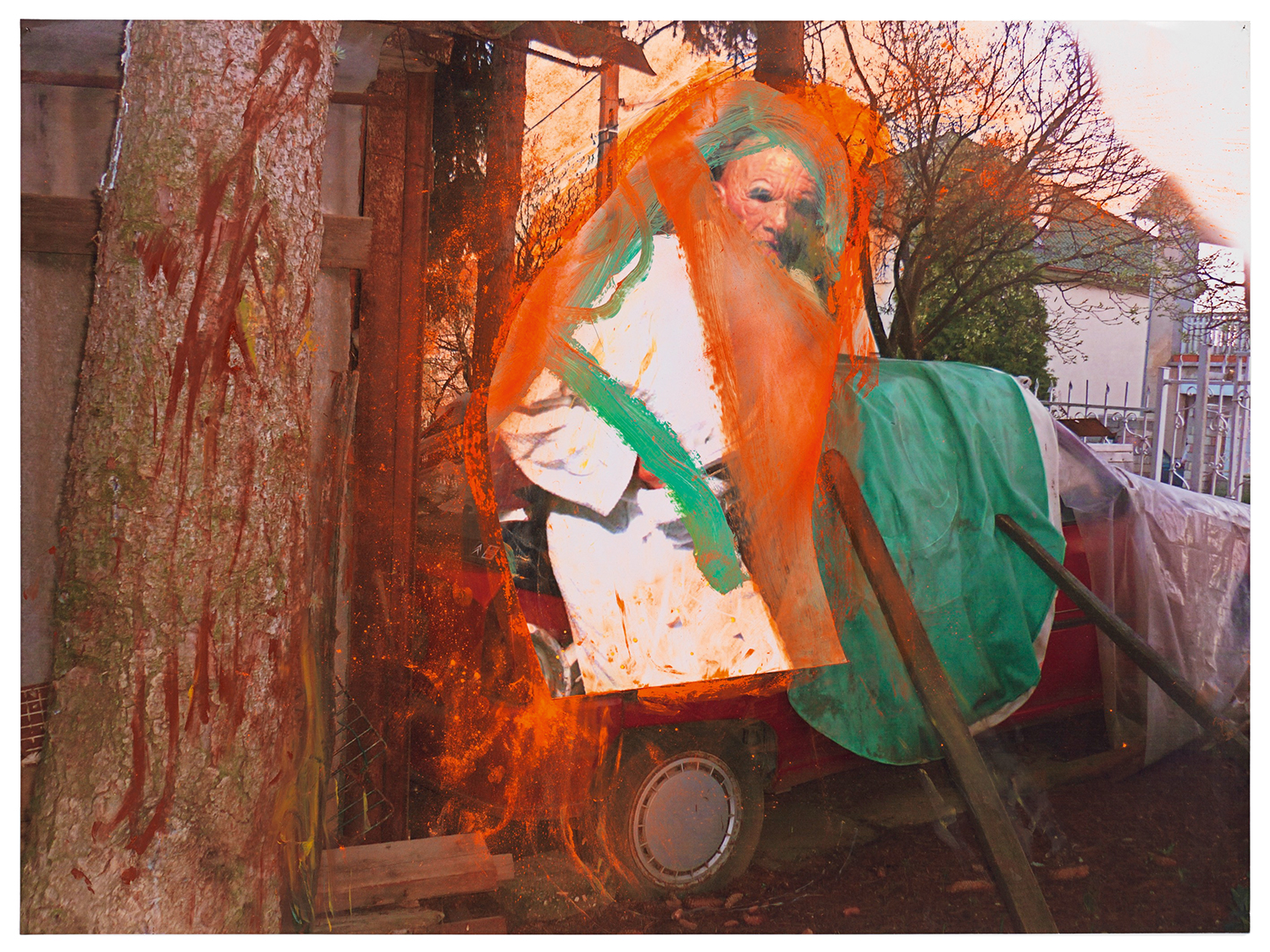 OLIVIER ZAHM — Do you conceive your songs and their visual identity, the videos, at the same time? Or does the idea for one come before the other?
KOUDLAM — The video comes afterward. The director has a free hand to interpret. I don’t hover or intervene much.

OLIVIER ZAHM — Where do you like to travel? Are there specific places that have a profound influence on your music?
KOUDLAM — The African bush, the Alps, the Parisian interior périphérique. That’s pretty much where I like to go. Do you like to tour? Not really. It’s extremely tiring, and I am not yet able to behave like an athlete. I still believe in the myth of rock ‘n’ roll.