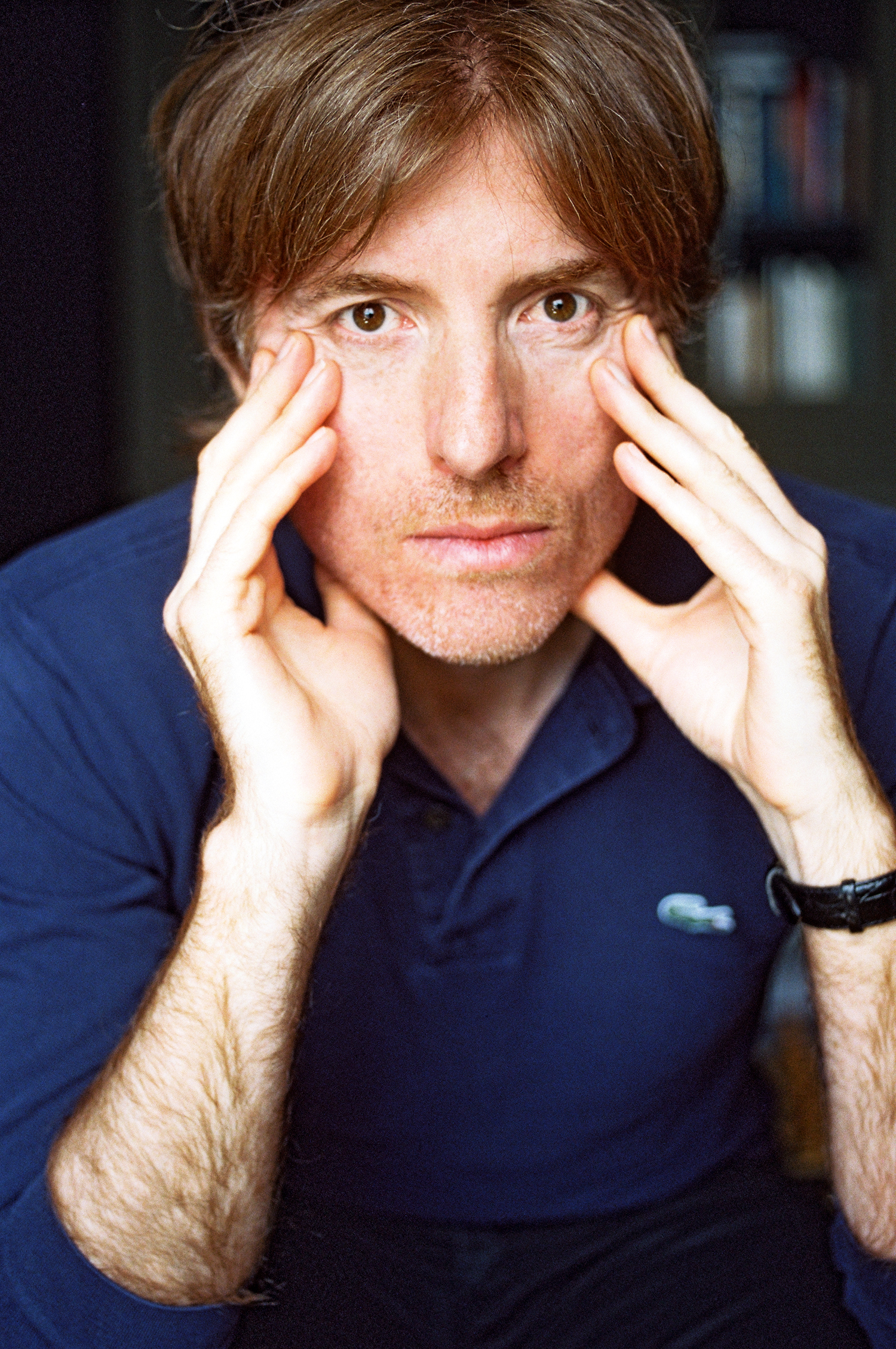 Sometime during my fourth world tour with my band, AIR, I observed the following: Music was taking up only a small part of my daily life. I had become what Glenn Gould called “a traveling monkey in the concert circus…”

Glenn Gould. A mythical name. A musician friend had told me about the two documentaries Bruno Monsaingeon had made about him, Hereafter and The Alchemist, so of course I watched them.

Right from the beginning of each film, we understand that we are watching one of the greatest musicians of all time (Gould), playing the most beauti- ful music of all time (Bach). The extremely personal way Gould interprets Bach goes against all the normal rules of performance, such that a new art form appears before our eyes. It is especially noticeable when he is playing the “Partita No. 6” at the beginning of The Alchemist, but also, and I highly recommend it, in another film entitled Gould Plays Bach, in which Gould interprets the Goldberg Variations in one take, again filmed by Monsaingeon. I, an autodidact, was immediately attracted to this mysterious and inaccessible universe, which I decided to explore further upon my return to Paris.

Well, I wasn’t disappointed: it is two notebooks, each containing a prelude and a fugue in all the existing keys, both major and minor. For those who aren’t familiar with these terms — it’s basically the user manual for Western music. Ninety-six pieces containing all the melodies and all the modulations that the known seven tones and their five halftones can offer us: the musical equivalent of The Library of Babel in Jorge Luis Borges’s short story. 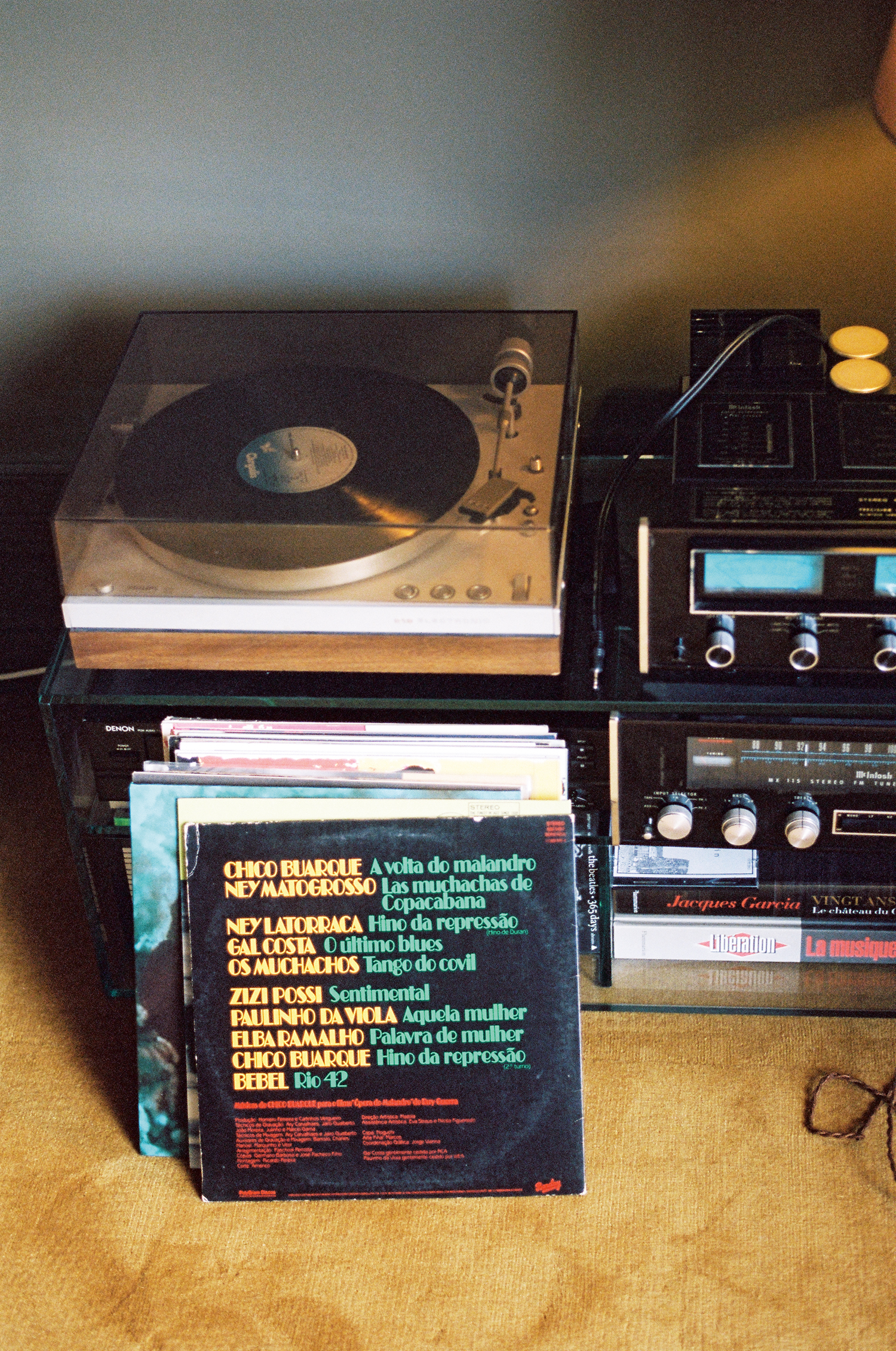 I noticed two things right off the bat: the first is that Bach is not such an overwhelming genius. Certain great composers, like Beethoven, stagger us with their grandeur, whereas Bach, from the top of his Olympus, politely welcomes us into his world. The second thing is that there are absolutely no performance directions or markings on the score. So you can play Bach on pretty much any instrument, at whatever tempo you like and with all the nuances and accents you like — and it will be just fine (I do not recommend doing that with Chopin, though).

Armed with these two facts, I began playing the pieces of The Well-Tempered Clavier in my own “style.” As soon as I could play one of the pieces reasonably well, I would come back to it and do what I always do when I record music, “take the listener by the hand and lead him or her somewhere else.”

At this point I had gotten the idea that I might record my own version of this remarkable work; unfortunately the more I played it, the more I had to face my pianistic limitations (NB: my instrument of choice is the electric bass). An impasse. Then I got the idea to go into the studio and use the sounds available there to replace those I could not play myself on the piano. But when I got into the studio, the idea of replaying each note of one of Bach’s pieces was also quickly abandoned. I realized I could do better by paying homage to Gould and Bach. How could I convey to, shall we say, not-so-savvy ears the contemporaneousness of The Well-Tempered Clavier? 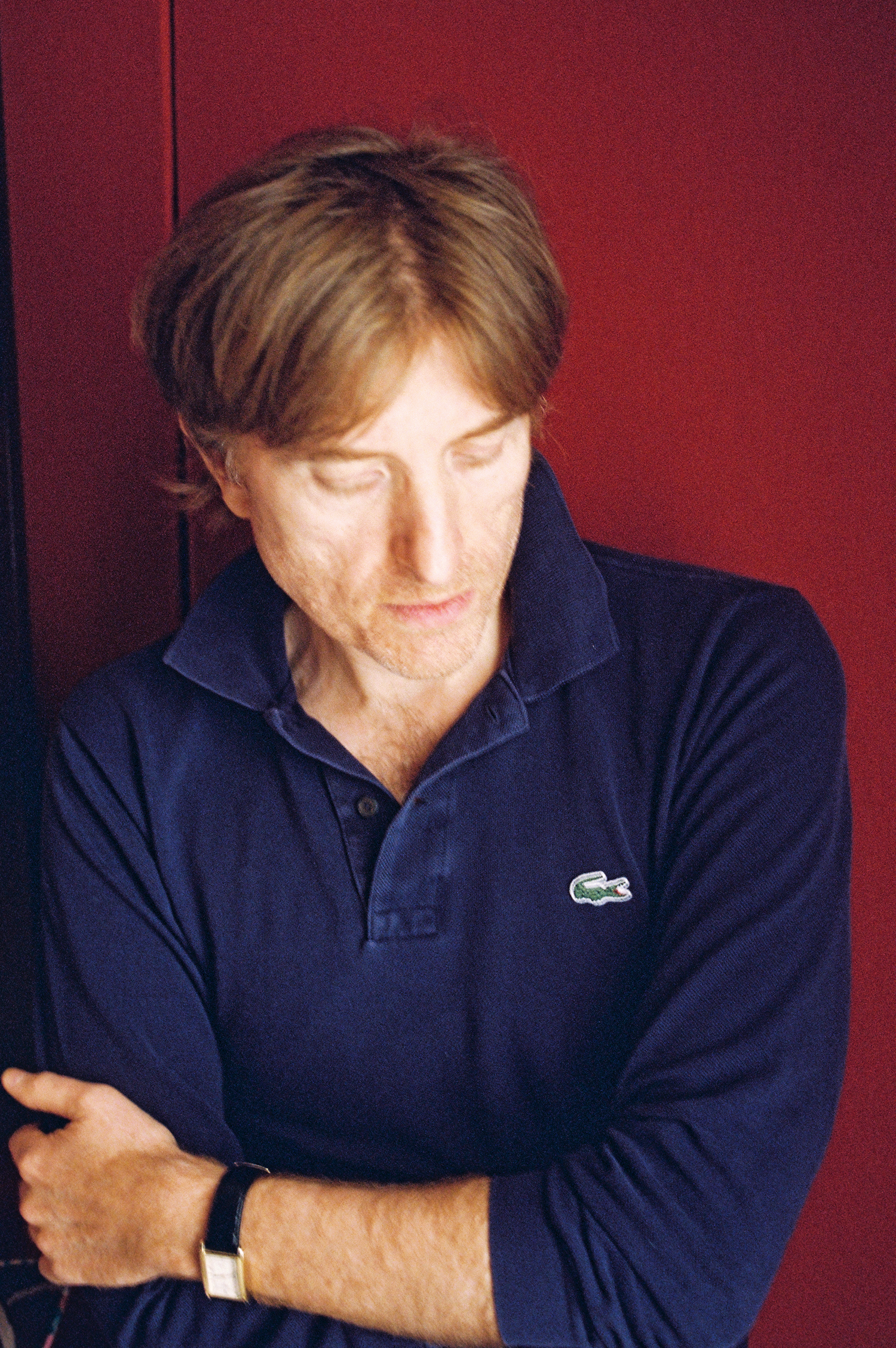 First of all I had to choose a limited selection of Bach pieces, consisting of a wide range of styles that would illustrate my intent. Then came the most important thing: depending on the key of the chosen prelude or fugue, Bach would offer at certain specific places in the score special keys that would open the door to a particular universe, into which dozens of musicians had entered.

I decided to keep only those strategic measures that would serve as pivots onto which I would then graft the elements I thought would work. I began by linking Bach’s score with specific items from our past: the first 8-bit video games (Mario, Zelda), the great pop ballads (think The Beatles’ “Hey Jude”), jazz in all its forms (rhythm, timbre, harmony, with references to Dave Brubeck as well as to the work of Miles Davis and Gil Evans on Sketches of Spain), bossa nova, the best film scores (the great mythical composers all served as bridges between neophyte audiences and classi- cal music: Ennio Morricone, Danny Elfman, Aaron Copland, Nino Rota, Lalo Schifrin, who was a student of Olivier Messiaen) — and let’s not forget my own 15 years of experience with AIR and electronic music.

One thing led to another. Bach’s music became less and less recogniz- able, but all of musical history was magically being run through our studio speakers, pleasing us to no end. Bringing together all these disparate ele- ments around their common roots did create something, in spite of many references to an original score that I hope Gould would have appreciated. According to Bruno Monsaingeon, who has heard the album, the great pianist would actually not have been indifferent to my idea or approach. Maybe Monsaingeon was just being polite — this gentleman whose talent brought him into contact with some of the greatest musicians in the world — but his words touched me anyway. That same day he confirmed that Gould considered Wendy Carlos’s Switched-on Bach to be one of the best albums of its decade. (During the ’70s, Wendy Carlos specialized in the interpretation of the classical repertory performed on an analog Moog synthesizer.)

But why am I paying homage to Bach with pieces that are so radically dif- ferent from the original work? It’s because I wanted this record to follow the implicit “iron law” established by the composer 300 years ago, which was for me the framework for the project; I wanted the record to be something beyond a collection of songs with varying origins, randomly strung together. And I absolutely did not want to burden our globalized, hyper-connected acoustic space with yet another record. 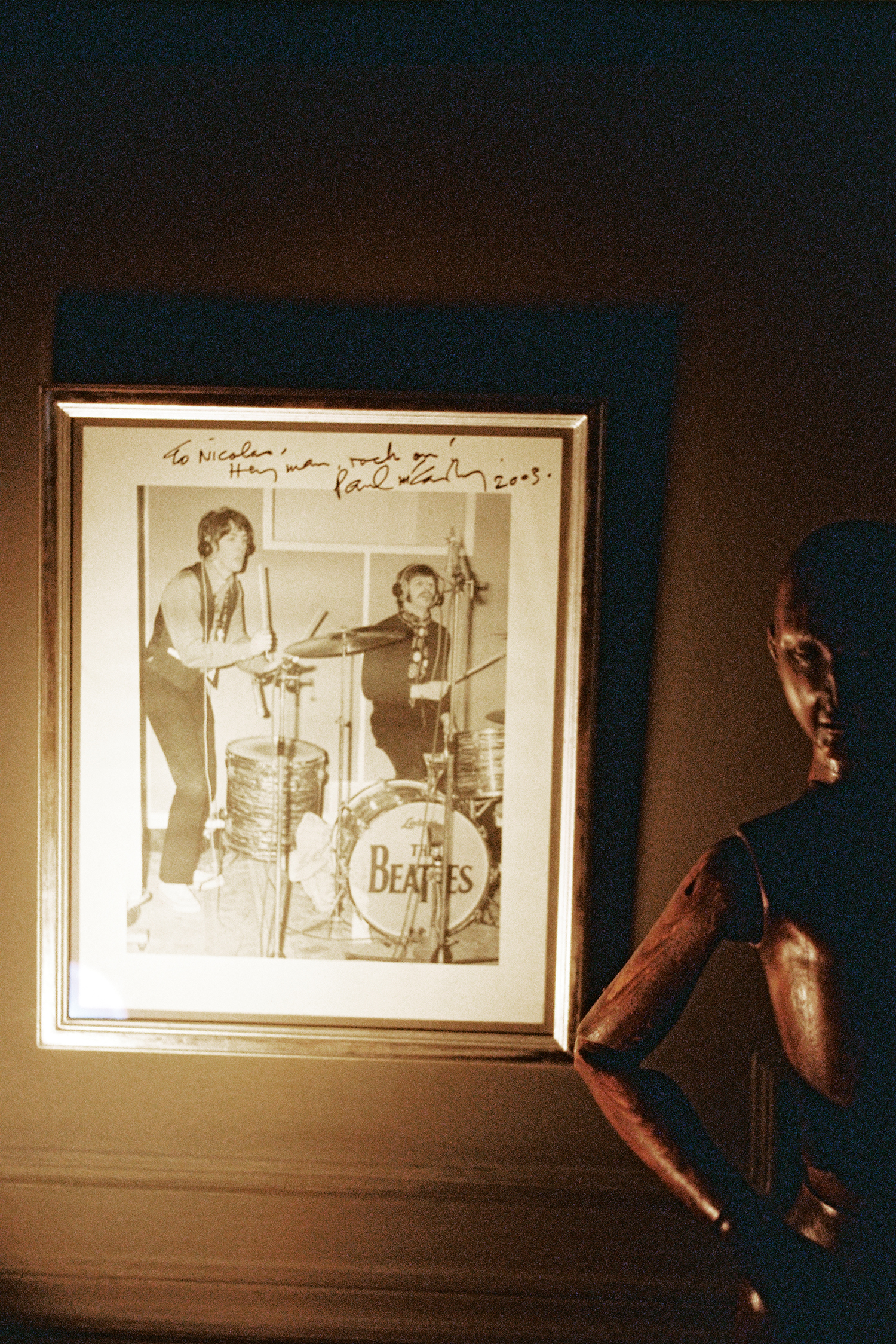 Like Georges Perec’s La Vie Mode d’Emploi (Life: A User’s Manual), in which the sequence of chapters is subject to a series of constraints, following the movement of a horse on a chessboard, one which never crosses more than once through each square — I think that the record as such must come from a mental juggling act that gives it a raison d’être as an artistic ges- ture. There are two ways to make records. One is to capture the freshness, innocence, and spontaneity that all musicians experience at the beginning. But if you are no longer a newcomer, you are forced to solve the enigma of music itself, to accept the challenge of using all of your experience as a musician.

It is this new path I am setting out on, and Contrepoint is my first step.