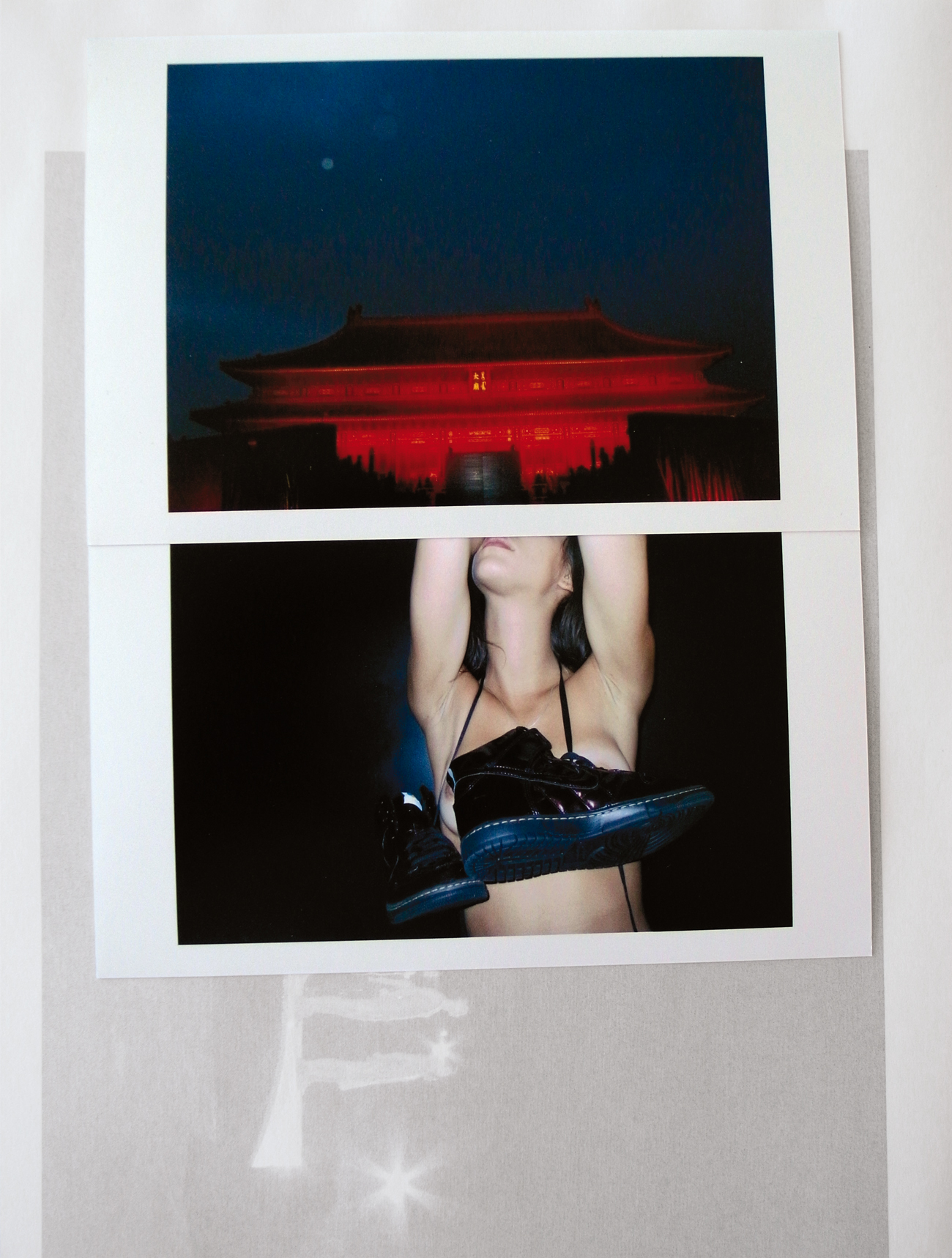 Nike invited a group of fashion journalists, including myself, to Beijing to see the Chinese Olympic athletes on parade inside the palace in the Forbidden City. Nike sponsors the Chinese team, fully equips them, and dressed them all in red for this night of high ideological contrasts. The parade took place at sunset; the small palace courtyard was lit up in Maoist red. Folk dancers, martial arts performers, and the sounds of traditional music accompanied the red-clad athletes who streamed in procession toward us. The marching contestants were at the pinnacle of their being, their bodies honed for a specific event, each a product of supreme human effort, leaving one breathless but partly confused. China’s future seemed to be laid before us as in a potlatch ritual, in a simple but spectacular show that combined the symbolism of sports and tradition. Arrayed before us was a celebration of power and success, controlled capitalism and one-party politics.

Nike followed this impressive presentation with an exhibition of high-definition video portraits by the artist/designer Robert Wilson, produced by Noah Khoshbin. But compared to the Chinese drama, this mediated event was a letdown, because the Chinese, if nothing else, still rely on the rites and rituals of traditional symbolism.

The Olympics opened in Beijing at precisely 8:08:08 p.m. on 08/08/08 — a very lucky number in Chinese numerology, signifying prosperity and happiness. Nike incorporated the number 8 into its designs, using octagon cut-outs and perforations in its Octagon motif on apparel and shoes.