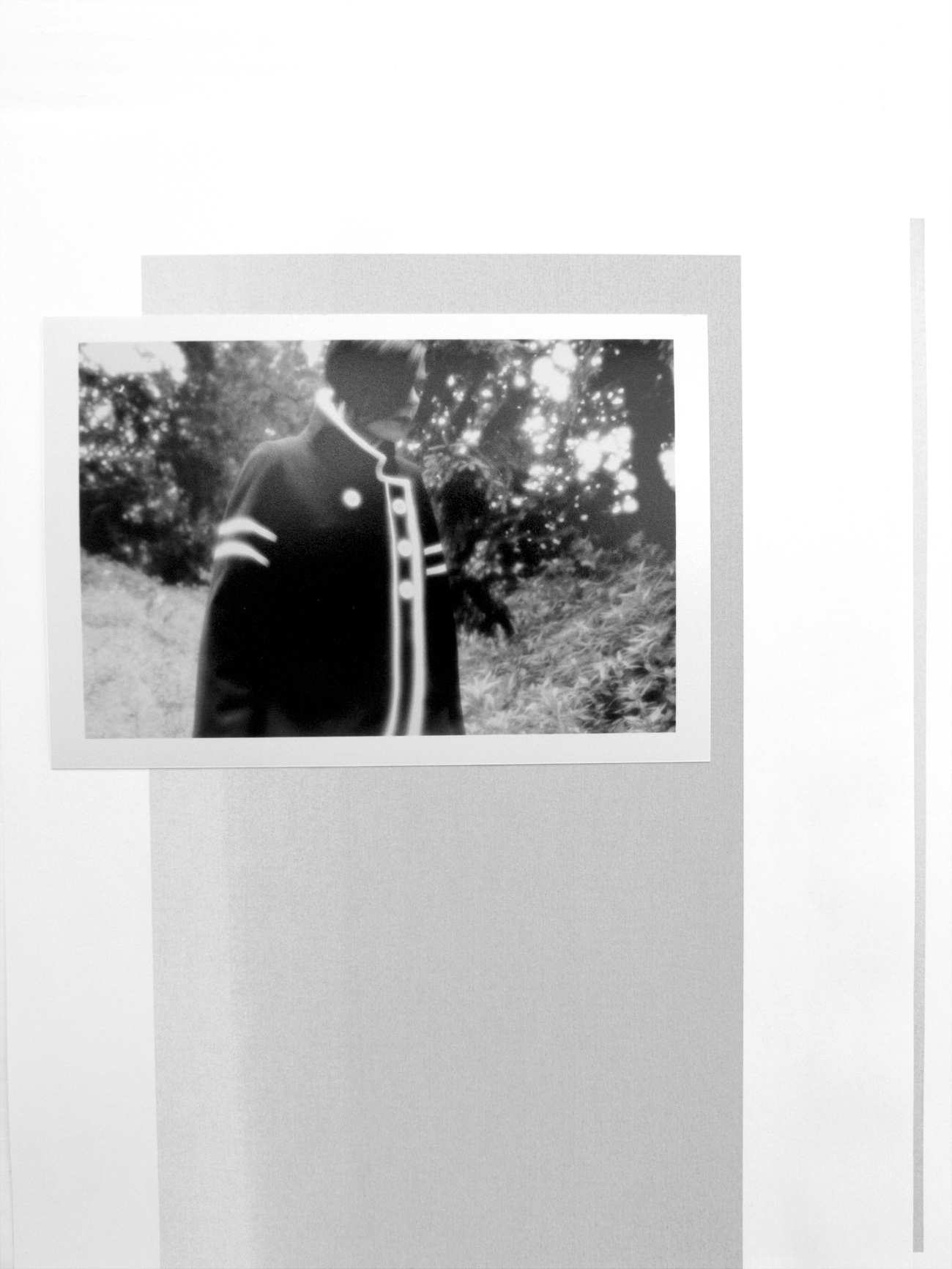 I’m item CT903. That’s just a code for ordering. We’re all in the same situation here. Nobody gets hemmed in by a two-bit first name or a threadbare substantive. If I’d been given a name, I think it would have been Psychosis, or perhaps 4:48. Because the spirit of Sarah Kane is permanently woven into the fiber of our being. It’s been the through-line here from the very beginning, four years ago. Our predecessors were displayed in jet black, with ropes around their necks, and knocked-over chairs. Baby bird’s rumored suicide attempt. This year stunning zombies wore us with pointy hats and lots of confetti while The Primitives played on the soundtrack to the Embalming Party. It was a good time. Smiling / Twitching / Hallucinating / Depressing. I was the prototype and I loved it.

I’m a virgin wool pea jacket, black with contrasting braid. Fall/Winter 08-09. I’m a Dévastée coat. In short, I’m pretty smart. And even more: I’ve got a soul. I’m one of those garments that’s whispered about in the back of the workshop. Legend has it we can restructure a woman the second we’re wrapped around her. My powers are greater than that. I’m a parenthesis that envelops a life, button by button. I’m one of those pieces that burn into your pupils until they haunt your cortex. I belong to the Coatroom with a capital C, the one that fears no test of time.

I’m not alone right now. I’m never alone, which I sometimes regret. I’d like to understand what it’s like for emptiness to be your only companion. There are so many of us on the rack — silk emits its full-bodied whisper,  mohair curls sigh, while tweed reveals ancient secrets in an angora voice. Our personalities couldn’t be stronger — we declaim, we joke, we declare. The Fair Isle wool jersey can be worn as a sweater-cape wrap, a flared dress, a dress gathered at the waist, a scarf, or, to borrow from Nerval, capital letters, or snowy stars: I am the dark one, the widow, the inconsolable. The double-pleated dress in fluid silk and wool twill has a silver pull in the shape of a small coffin. The jackets and coats enhance the wearer’s stature, imposing an ever-more willowy figure.

Our colors are precise: black, white, charcoal gray, soft gray, darkened bottle green, and an exclusive red that looks like dried blood. Up on the press floor we’re known for telling peculiar stories in which impish ghosts make young girls smile with tombstone twists. A mischievous t-shirt just a few hangers away from me says Formerly necrophilia.

Today we’re doing a shoot. Lots of people bustle around us. Our designers, Ophélie Klere and François Alary, hesitate. Since the brand was founded, Devastée has played with codes that are both morbid and literary. Each collection is a new world. This one has a touch of French elegance. The specters of the Romantics haunt the red vests, but never evoke suits or rancid nobility. Black humor is the order of the day; sophistication is all in the visual impact.
I’m terrified they’ll choose the flared wool coat with a hood, with its little sleeves, and its front made of Merino sheep fur. It’s black, very well liked, and could upstage me. Every one us is trying to get attention — the glass buttons with inscribed Ds scintillate, the hems of the umbrella skirts ruffle their corduroy, the jackets puff themselves up, the sweater dress swells into a ball. We all want to be a part of it, but few will make the cut.

Suddenly I feel a hand take hold of me. It’s fine, decisive: I recognize it as Ophélie’s. The body that slips me on is a little large at the armholes, but I know that with me it won’t show.
I’ve been cut to redesign any deficient figure; the brand’s customers all know this perfectly well. I’m proud to be in today’s picture. My clones are waiting in the workshop and very soon, I know, we will allow women in Paris and Tokyo to wear the black sun of melancholy.