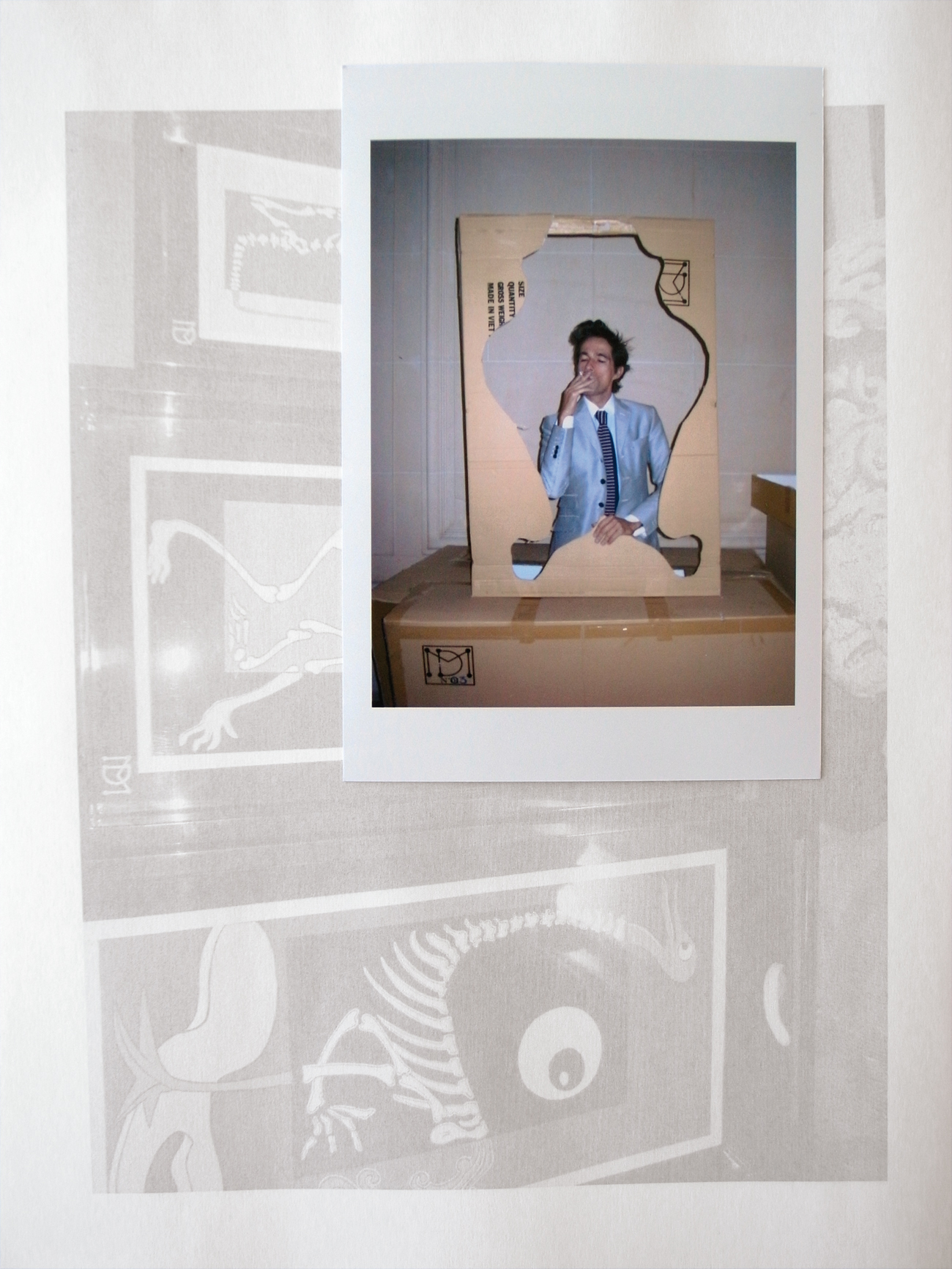 After twenty years of free-lancing as a fashion designer for famous French and Italian labels, Vincent Darré finally opened a small, glamourous and intimate boutique under his own name. It has nothing to do with fashion! It’s a place where you’ll find the most surprisingly unique home furnishings — beds, desks, carpets, mirrors, wallpaper, and more. I talked to him the day before the opening of Maison Darré, which he calls his laboratory.

VINCENT DARRE — The bed, for starters, is me. It’s called “Le désossé” (The Deboned). The idea is based on the dadaist dances I do at the end of a night. It’s a green chair and a small desk with feet shaped like bones — and a Vietnamese lacquer that took 50 days to apply. Everything is handmade and numbered. The illustrator Pierre Le-Tan will design a printed fabric for furniture and wallpaper. Valérie Lemercier [ed: an actress and stand-up comic] also did some wallpaper. My friends do things for my “house.” It’s all based on my friendships.

OLIVIER ZAHM — Have you always liked bones and skeletons?
VINCENT DARRE — Yes. My parents were Leftist intellectuals, for whom religion was absurd. So of course I was fascinated by churches, which I’d sneak into. I spent my life in churches and cemeteries, rummaging around all kinds of old things. I was fascinated by symbols of death, meta-physics, and the rapport between Surrealism and religious imagery.

OLIVIER ZAHM — I was intrigued by something you said about crypts and paganism.
VINCENT DARRE — What’s interesting about religion is its diabolic paganism, the juxta-position of angels and death. I like Masonic imagery — an eye in the middle of a triangle, squares, jumbles of bones. It’s as if they were evidence of a profound truth. 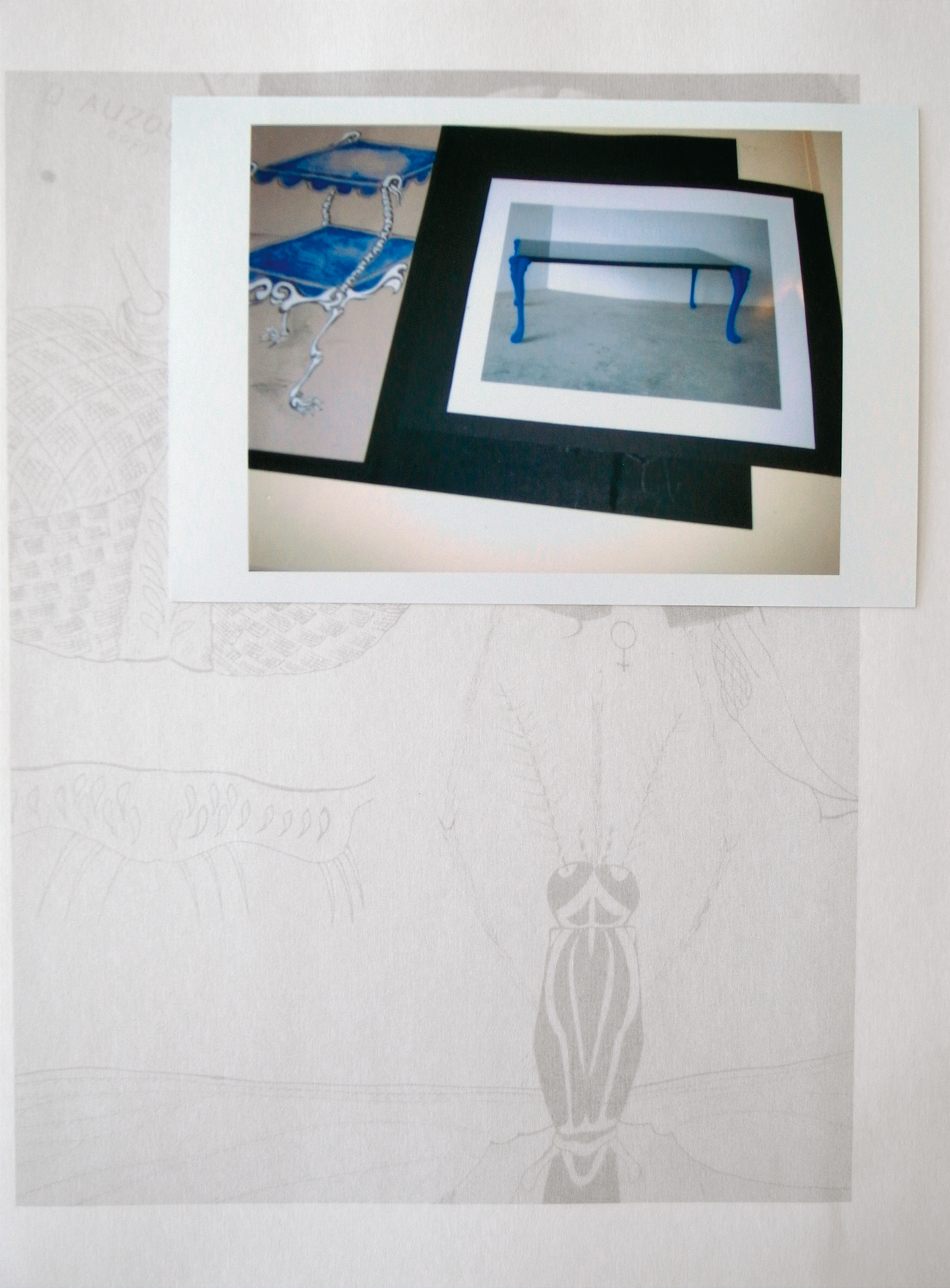 OLIVIER ZAHM — What about cinema?
VINCENT DARRE — My brother was a movie fan. I always went to  movies in their original languages. But I was just as fascinated with musical comedies as I was with German expressionism. I found the two an interesting mix.

OLIVIER ZAHM — Were your parents political atheists?
VINCENT DARRE — Back then everyone in Saint-Germain-des-Prés was an atheistic communist, as if a Communist Party membership was a noble title. I was raised in all that, but also found it quite ridiculous.

OLIVIER ZAHM — Did you hang on to some of their politics?
VINCENT DARRE — Yes, but I was more anarchist than communist. Actually I was Punk. That’s what marked my adolescence. When I read Buñuel’s biography, it occurred to me that Punk was dadaist or surrealist. Following that principle, though, everything could be reversed or effaced.