OLIVER ZAHM — Do you ever get the feeling that you are the only one trying to innovate in floral art? Is this ever-so-traditional métier finally evolving?
PIERRE Banchereau — When I decided I wanted to do this professionally, I wanted to bring something to it that I feel is missing in Paris. I was often seeing the same thing, too classical or so “creative” you couldn’t actually see the flowers. I do not pretend to be inventing something. I want to innovate a style that is both classical — in its shapes and generosity — and new, integrating forgotten or little-known flowers. I also place great importance on interior design, in that it is necessary to understand and feel the atmosphere of a space so that I can propose the bouquet or the plant that will be the most appropriate for it. 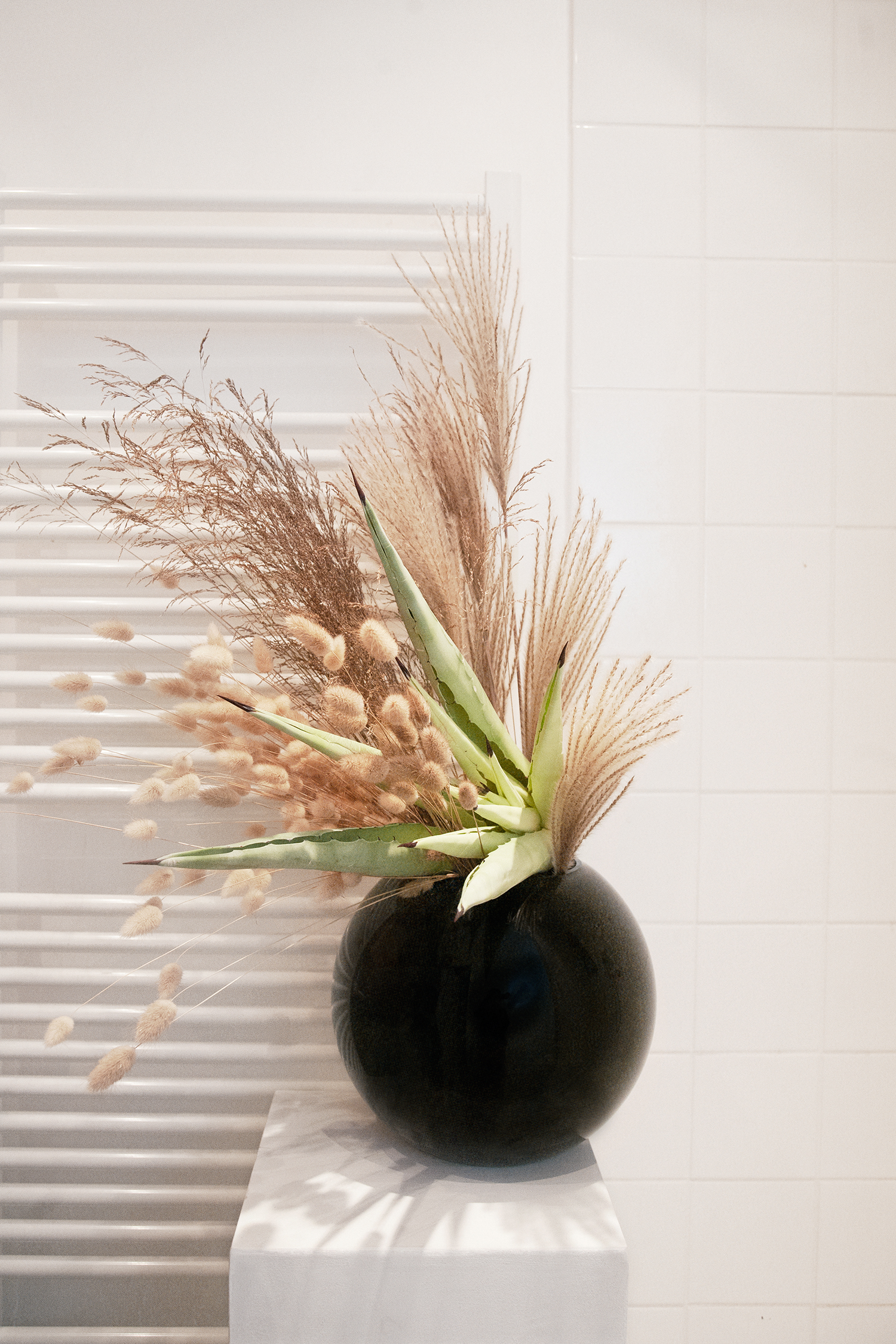 Summer – Dry, mineral. A beach in the late afternoon

OLIVER ZAHM — What constitutes a successful bouquet for you?
PIERRE Banchereau — It works if there is a balance in my floral selection, in the colors and textures, creating an emotion as the bouquet takes shape. I begin by choosing my flowers, and then when I am putting them together, other elements may be included as I finalize the bouquet. There is an impulsiveness, a spontaneity that is important to me in my creative process, and which I intend to encourage. It is also important to me that the recipient of the bouquet also experiences this emotion.

OLIVER ZAHM — Are there any flowers or plants that you have eliminated from your floral vocabulary? And conversely, are there any flowers to which you are particularly partial?
PIERRE Banchereau — I don’t necessarily choose certain flowers, ones that have been seen many times over the last few years. I try instead to propose new associations of greenery and / or colors, to show certain varieties, offering a different perspective on them. 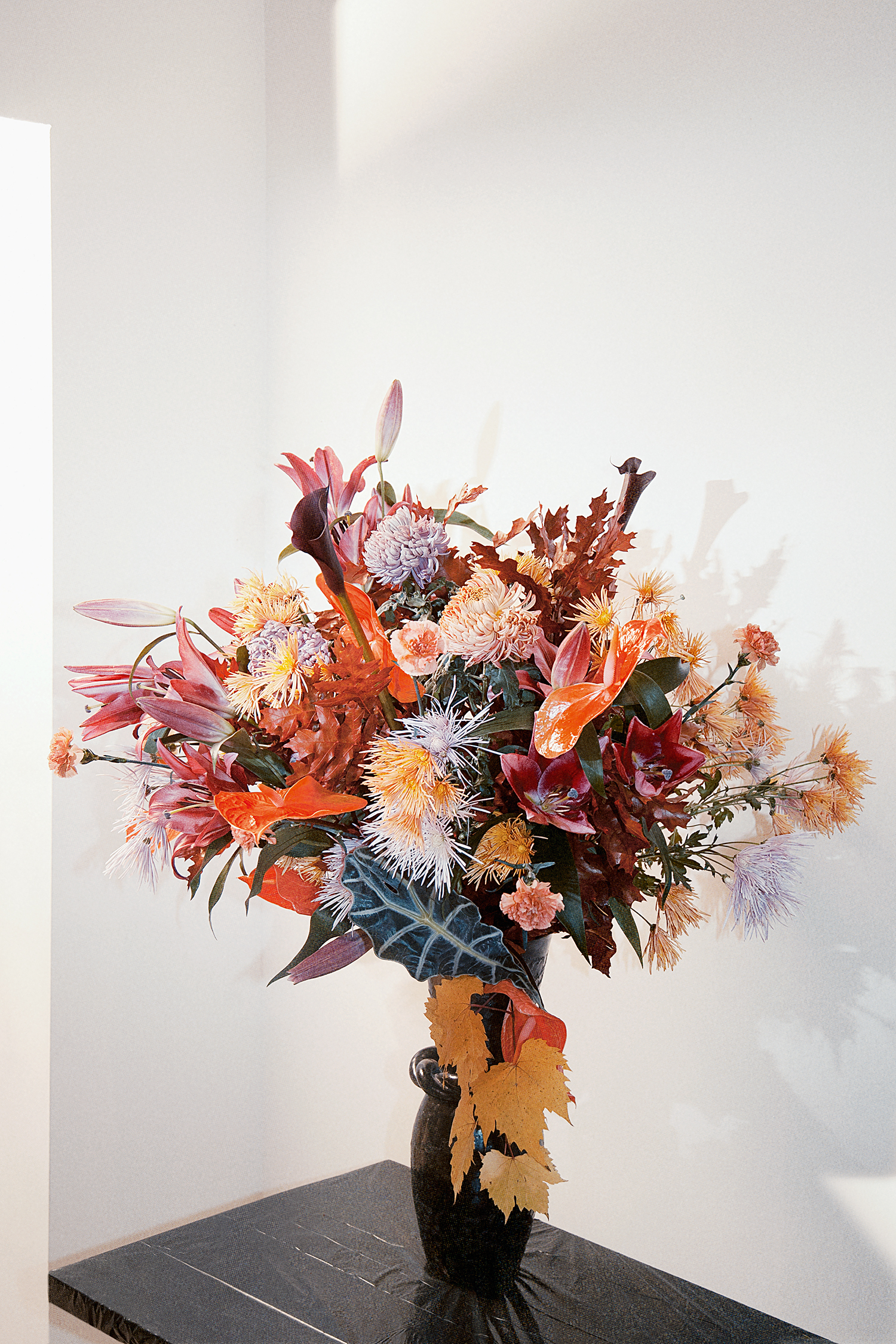 Fall – Love in the afternoon

OLIVER ZAHM — I hear you like to rehabilitate flowers that have previously had a bad reputation. Can you give us an example?
PIERRE Banchereau — Yes, I sometimes use flowers that are considered obsolete or that are not well known: carnations, chrysanthemums, or flowers some consider “dated,” like anthuriums and gypsophila, which, like the speckled lily and pampas grass, should soon be featured again.

OLIVER ZAHM — Is travel an inspiration for your bouquets?
PIERRE Banchereau — When I travel, I look at the greenery, the colors, and the environment, and I am also very inspired by the different crafts in each place. One of my rules is to never do the same bouquet twice, and I intend to stick to it. 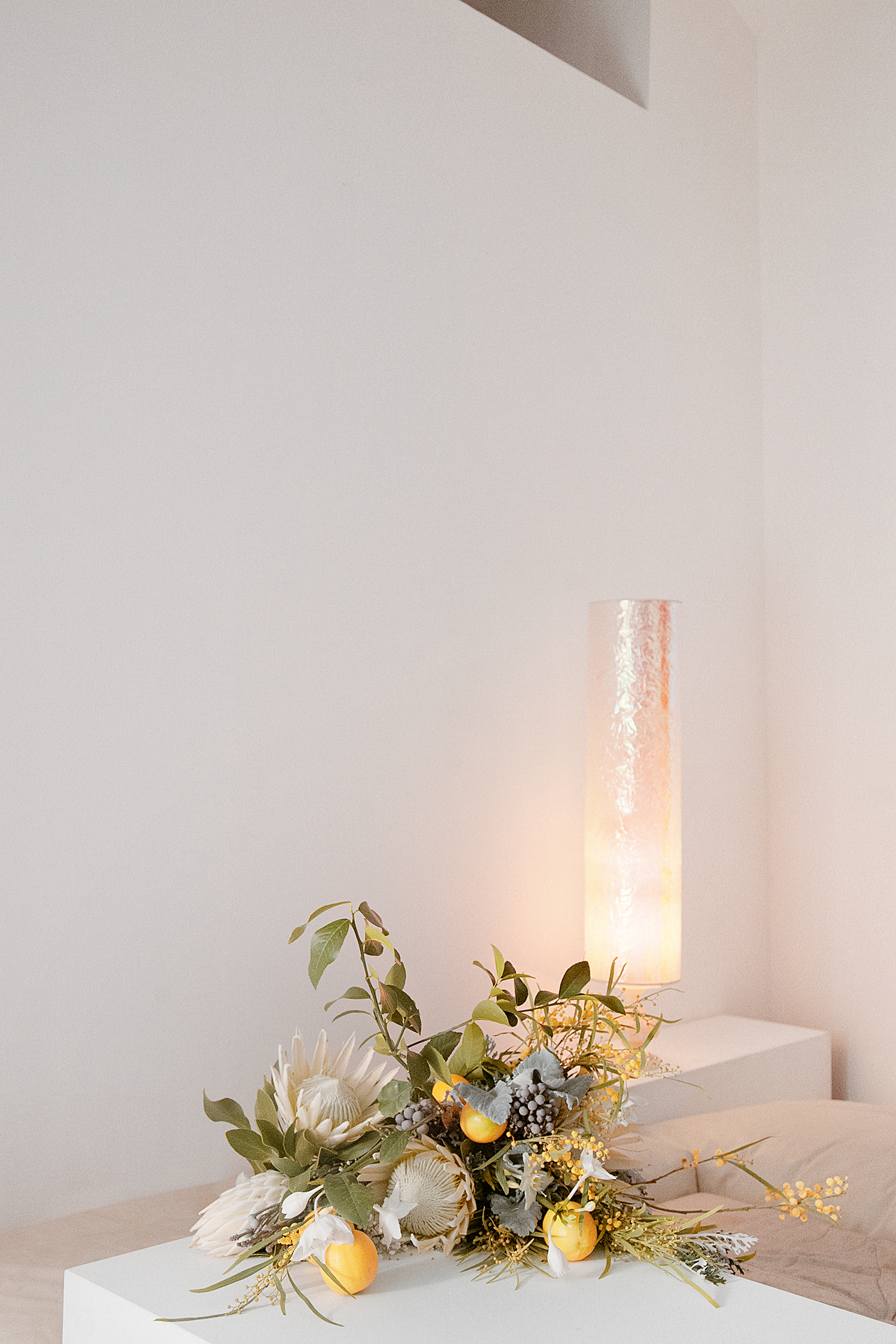 Winter – Winter garden, or a Mediterranean bouquet under ice

OLIVER ZAHM — Is your clientele mostly in the fashion world?
PIERRE Banchereau — Flowers and fashion are quite close. Working with a designer is a real collaboration; you’re inspired by the collections and materials. We also do things in other sectors: restaurants, hotels, private receptions… But it is important to include the neighborhood in the boutique. We have been in the ninth arrondissement since November 2013, at the heart of an area rich in culture and personality, including varieties of the intellectual as well as the rogues of Pigalle.

OLIVER ZAHM — Are there famous bouquets we should be aware of — in film, painting, history? Ones you would like to mention?
PIERRE Banchereau — I like the classical Flemish painters of the 17th century, such as Jan van Huysum, the flower photos of Hans-Peter Feldmann, the opulent décor of the Villa Boscogrande in Luchino Visconti’s The Leopard, or the work of the German visual artist Gerhard Richter.