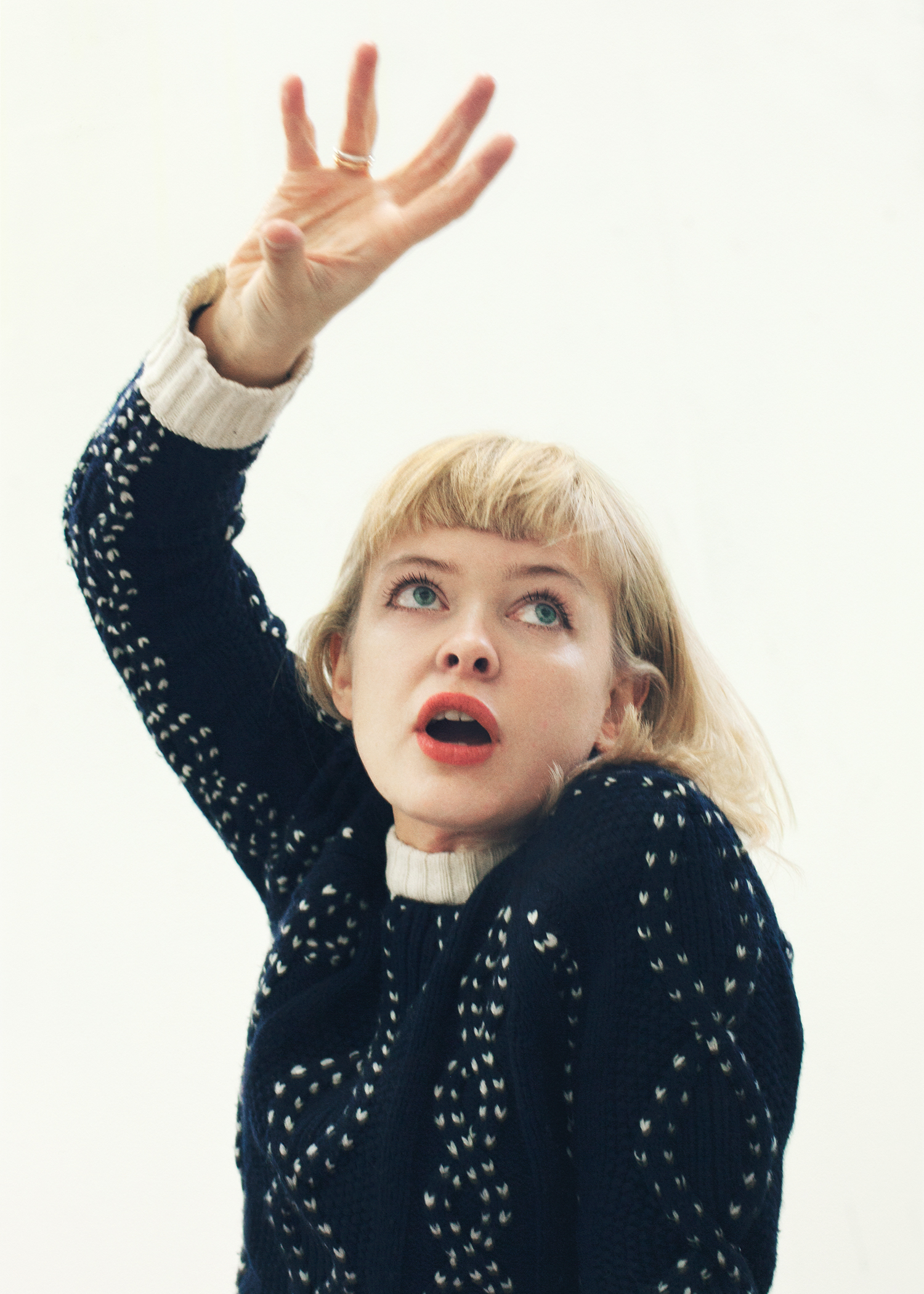 Celia Hempton paints the landscape of genitalia. Working with small-scale, object-like canvases, Hempton paints in a palette that oscillates between garish neons and murky browns. For her most recent solo exhibition at Southard Reid Gallery, in London, the artist chose her subjects by logging on to the chat room site, Chatrandom.com. Hempton proceeded to paint the strangers sitting on the other side of the screen, sometimes engaging in tacit conversations transliterated via message boards, but focusing her efforts on their auto-erotic acts.

Living and working in London, Celia Hempton received her master’s from the Royal College of Art in 2007. She is part of a community of flourishing young artists who come together in both work and play, often exhibiting alongside each other, and who transpose their visual language into performances and club nights, such as the recurring Anal House Meltdown. Yet Hempton’s work is distinct within this milieu. Her chosen medium is rooted in classical notions of art, and she has brought the notion of life drawing into our digitally interfaced present. Within her work, the boundaries and taboos regarding sex become a disembodied arrangement, an abstraction of color and line.

ARIELLA WOLENS — What has the reception been to your work? You’ve now shown in a number of very distinct cultural contexts, including the recent Gwangju Biennale in South Korea and in cities such as Brussels, Rome, Liverpool, and Los Angeles. How have these different societies responded to the sexual nature of your art?
CELIA HEMPTON — I think it’s quite difficult to get a clear idea of what people’s genuine reactions are, and perhaps reactions are always quite elusive and changeable anyway. I am always surprised when people appear to be taken aback by an image of genitalia. I find vaginas, anuses, penises intriguing visually but not shocking or arousing in and of themselves. I’m not sure how people react to my paintings in particular geographical locations, but I have felt an affinity to Italians and to Italy. In terms of Western civilization, they have seen it all, haven’t they? There’s nudity everywhere in a city like Rome, painted and sculpted into the architecture and on the street. Although, I suppose the “society” that might see the work is also a society in itself, so it is probably misleading to generalize in terms of country. 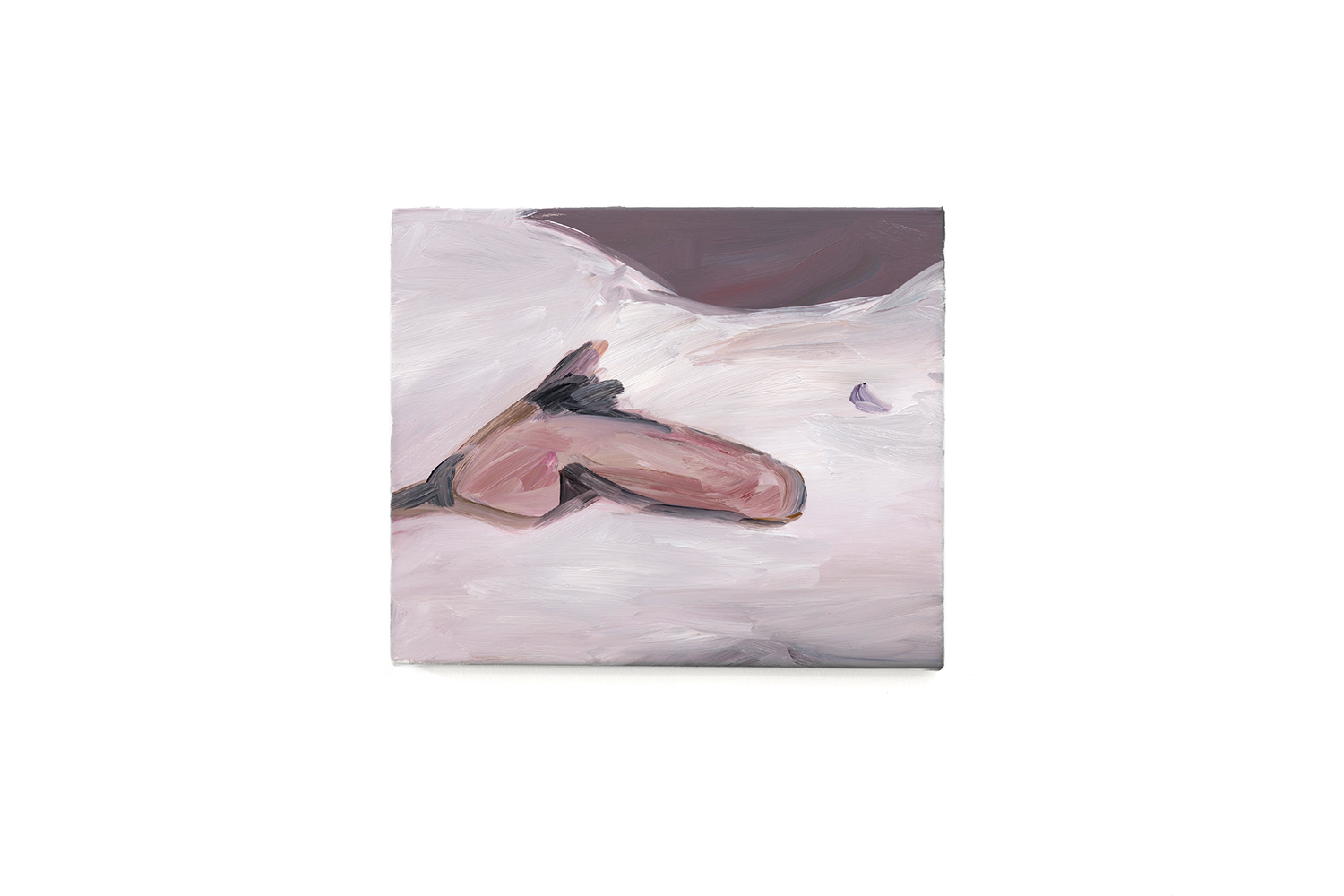 Japan, 27th September, 2014, oil on canvas
ARIELLA WOLENS — Describe for us your process of painting a portrait. Your work is unusual in that, while you tend to work with a physically present sitter, for your most recent exhibition at Southard Reid, “Chat Random,” your portraits were the result of an online encounter.
CELIA HEMPTON — In the Chat Random series, I painted the people I met while on the website Chatrandom.com, hence the title. The website is more of an anonymous version of Chat Roulette, as you don’t have to register to use it, so there is an endless uncensored, global stream of random people and images. I have my laptop on a palette and a small canvas or panel lying flat in front of it, and keep clicking “next” on the site, scrolling through video feeds until I see an image or person that I want to paint. Either of us can move on to another person at any time, so if they leave before I do, the painting either finishes there or I completely change it when I see another image.

ARIELLA WOLENS — How does the encounter itself effect the painting?
CELIA HEMPTON — Sometimes the act of looking at these men feels active and useful to me, I’m not sure if this means I automatically assume a powerful role in the traditional sense. It entirely depends on each relationship. I often find myself quite bored with looking at overtly sexual situations and sort of ignore the person in favor of the image. These people usually click “next,” and the painting might end up quite loose or unfinished-seeming, or they might stick with me — or the video feed sometimes freezes due to a bad connection, and this also affects the look of the painting. There is something very abstract about these works, I think. Though, occasionally, a friendly or intimate encounter might make for a different kind of painting. 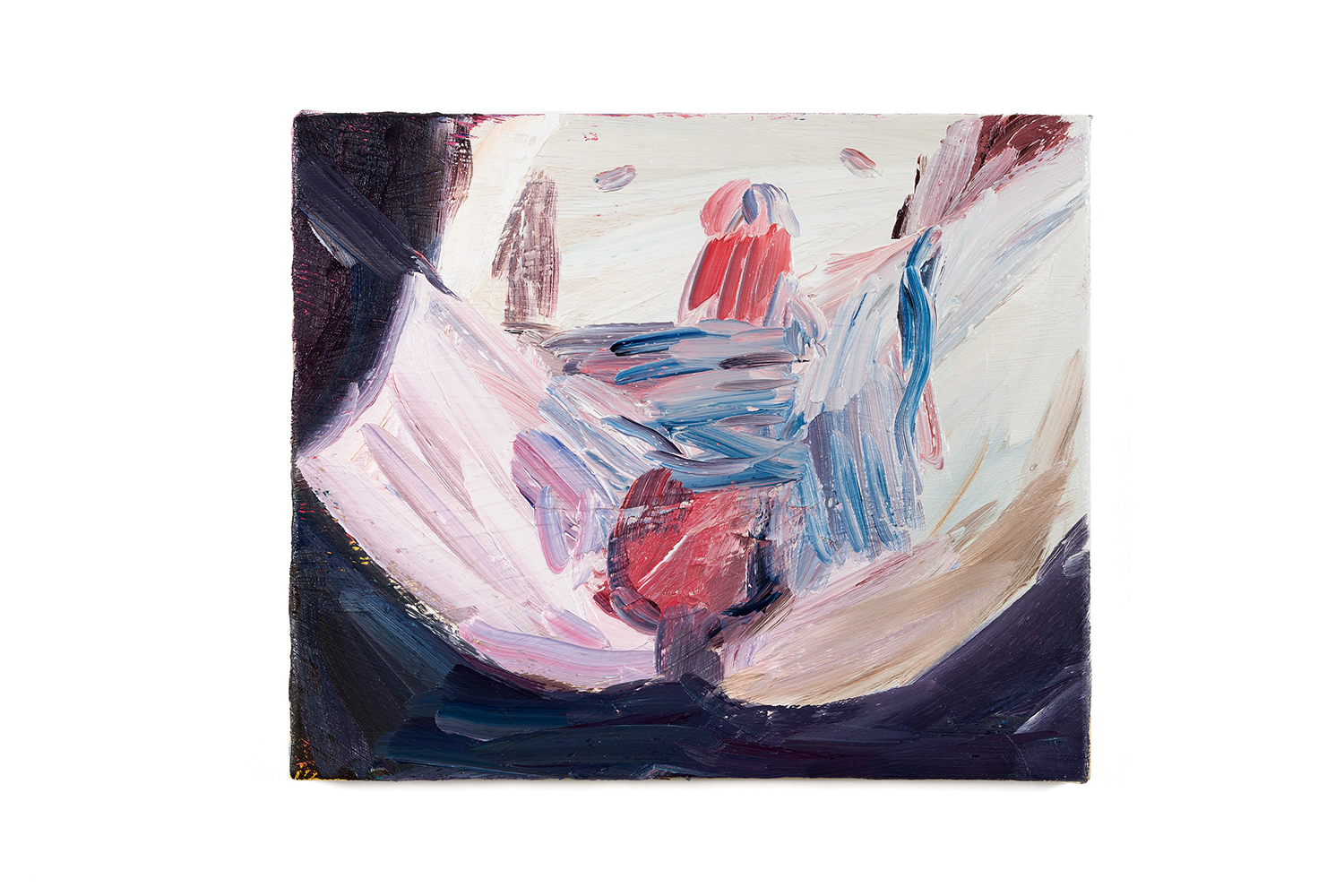 Celia Hempton, Dave, Switzerland, June 2013, 2013, oil on canvas
ARIELLA WOLENS — How else do you approach painting?
CELIA HEMPTON — I also make work outdoors, of objects and landscapes, and paintings in my studio with a person in front of me. In the latter, the subject of objectification is also not simple. I make paintings of women as well as men, and the people I paint have varying sexualities. A few times online people have thought I am a gay man! So I find it difficult to unpick all of this in a brief concise way.

ARIELLA WOLENS — There are some moments in your work where there seems to be a whitewashing of sexuality, and we are presented with something commonplace, such as a stack of bricks or household objects. How would you describe the relationship between these aspects of your work?
CELIA HEMPTON — I have thought that I could be making works depicting almost anything, and the ideas in the work would be the same. Often the landscapes or objects look like bodies, the bodies like landscapes or objects.

ARIELLA WOLENS — You are part of a community of artists that includes your partner, Eddie Peake, as well as artists such as Prem Sahib and George Henry Longly. Do you see a dialogue taking place between each other’s work?
CELIA HEMPTON — I don’t know if there is a dialogue taking place between our work, but I like being around people and artists that I find exciting, even if we have different, sometimes diametrically opposing approaches to making art. I hope I’m aware of and reacting to the world around me, including the people I hang around with.

ARIELLA WOLENS — Could you tell us about the performance you did as part of “Forget Amnesia,” an exhibition organized by the Fiorucci Art Trust, which took place in Stromboli, Italy, last year?
CELIA HEMPTON — I made a sound work in collaboration with my brother, Sam Hempton, who is a great guitarist and musician. It was about 25 minutes long, and we made it together in a few days on the volcano island of Stromboli — which happened to be very active and loud, ejecting lava every few minutes — in response to each other and the physical environment we were in. It consisted of abstract noise, with a very slow ambient beginning. I also recorded a small excerpt of the 254 London bus, and Sam made a high-hat sound out of it, as well as a few other samples that he weaved sporadically into the track. We performed it under the volcano at dusk.

ARIELLA WOLENS — Do you see yourself as a feminist artist? Do you see your work as a role reversal, an objectification of men?
CELIA HEMPTON — Yes, I am a feminist. In terms of your role reversal idea, I think that as regards the chat works, what might have started as something overtly political in that sense became more complex, which I liked. Also, though I may be looking intently at the men that I am connected to on the site, quite often I become more interested in the fabric of their shirt or the light in the image than the fact that there might be a cock in front of me. Occasionally, their body or body parts are engaging to me but for varying reasons, such as the way a person might be sitting or moving, or the way they have framed themselves in front of their cam, or if they are an unusual shape.