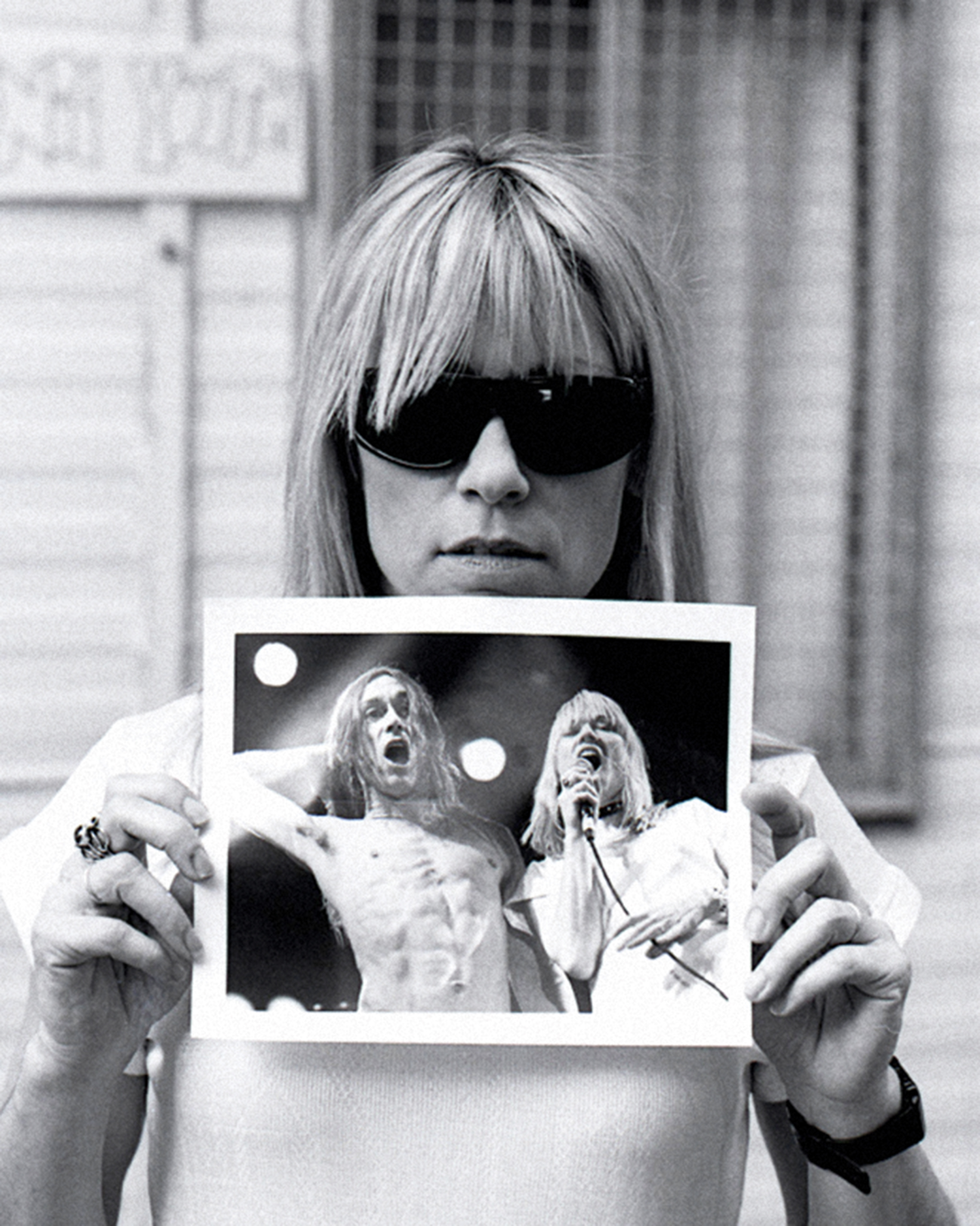 Kim Gordon holding a photo of her and Iggy Pop, 1991. Photo by Tony Mott

autobiography
“Girl in a Band” from Dey Street Books

The title of Kim Gordon’s new memoir, Girl in a Band (Dey Street Books), comes from the song “Sacred Trickster” on Sonic Youth’s last album, The Eternal (2009): “What’s it like to be a girl in a band? / I don’t quite understand.” Which says a lot about her role in rock music at a time when a generation of creative, even literary, musicians were influenced by punk and English and American rock and wanted to perform and record outside the strictures of corporate labels and stereotypical rock. As the singer and bassist of Sonic Youth, she was utterly different in look and behavior from predecessors like Janis Joplin or Lydia Lunch. She is also an artist, writer, art critic, interested enough in fashion to eventually create her own label and comfortable enough with herself to wear on stage a “look” that Warhol might have described as “classical.” Gordon didn’t fit the rock stereotype, yet she became the muse of the new music by being normal. 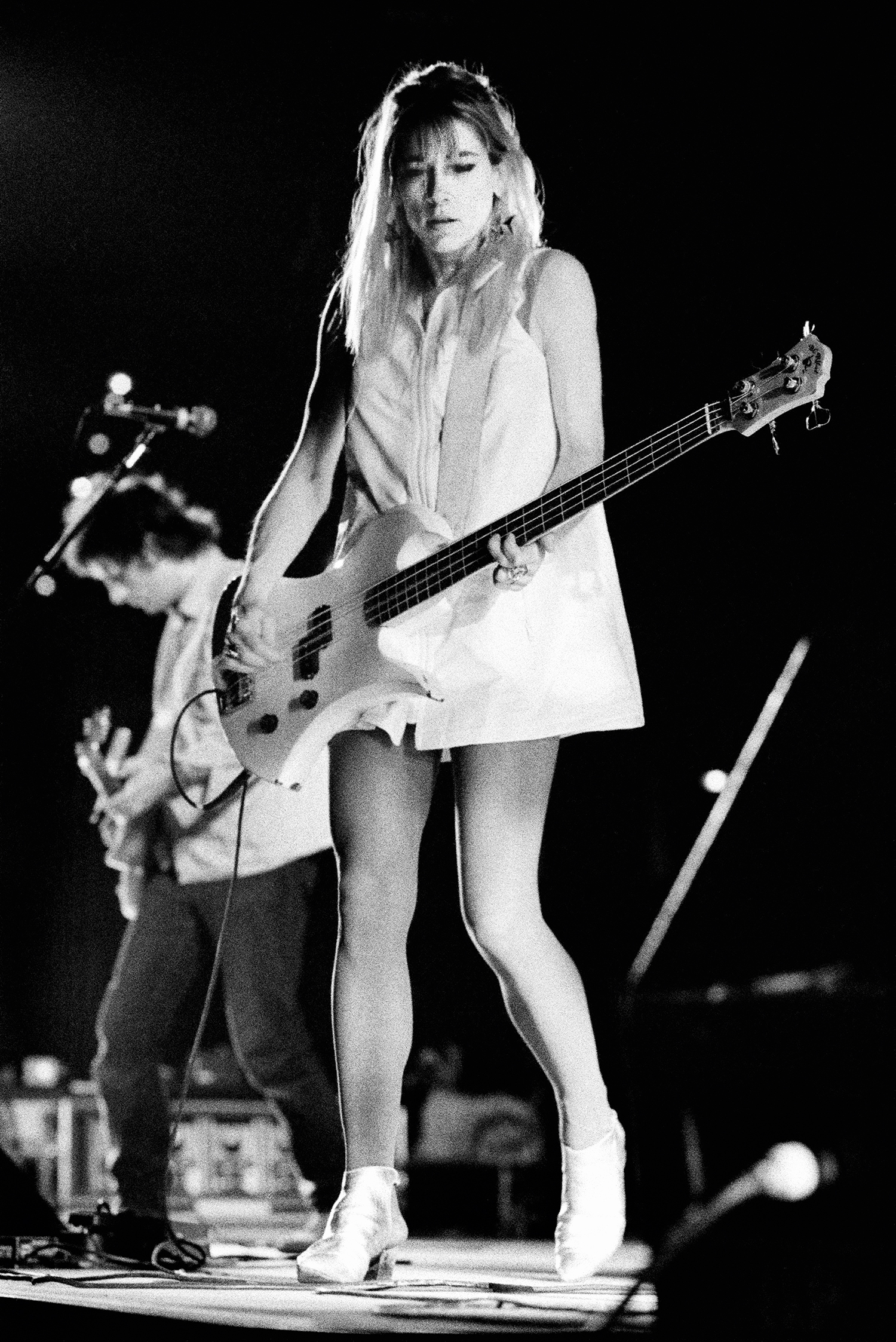 Born in 1953, the daughter of a sociology professor / poet interested in contemporary music and a homemaker with a creative urge, she grew up at a time when Bovary-like domestic confinement was waning and parents could imagine their children living more creatively. Gordon’s said she knew she’d be an artist from the way she played with materials and images at an early age. She studied at the Otis College of Art and Design in Los Angeles, created abstract dance pieces, and, after moving to New York City, became interested in rock music. She was fascinated by young male rockers, but curious about how a girl might play the role differently. Just then, punk was blurring into no-wave, the music of noise, and playing an instrument was not the end-all, be-all of public performance. A look, an attitude, and onstage creativity were replacing chops — mastering the physical demands of an instrument. Her chops came from playing live and rehearsing with various groups.

Then, in 1981, she met Lee Ranaldo and Thurston Moore (with whom she would have a daughter, Coco, in 1994, and eventually marry) and Sonic Youth was born. Their rehearsals, performances, and the naked revelations of recording sessions were fundamental to their process. Their very name signified a shift in the logical typing of rock as they tried to inch up the ladder of abstract possibility and become different from The Rolling Stones and The Sex Pistols and enter the more complex series of contemporary music, which began with John Cage. They added dissonant harmonies to raucous, eclectic improvisations and sketched poetic songs that held onto the typical rock structures while exploring the dynamics of noise, à la punk, using odd tunings and guitars with drumsticks and screwdrivers wedged into the necks à la Cage’s “prepared” piano. 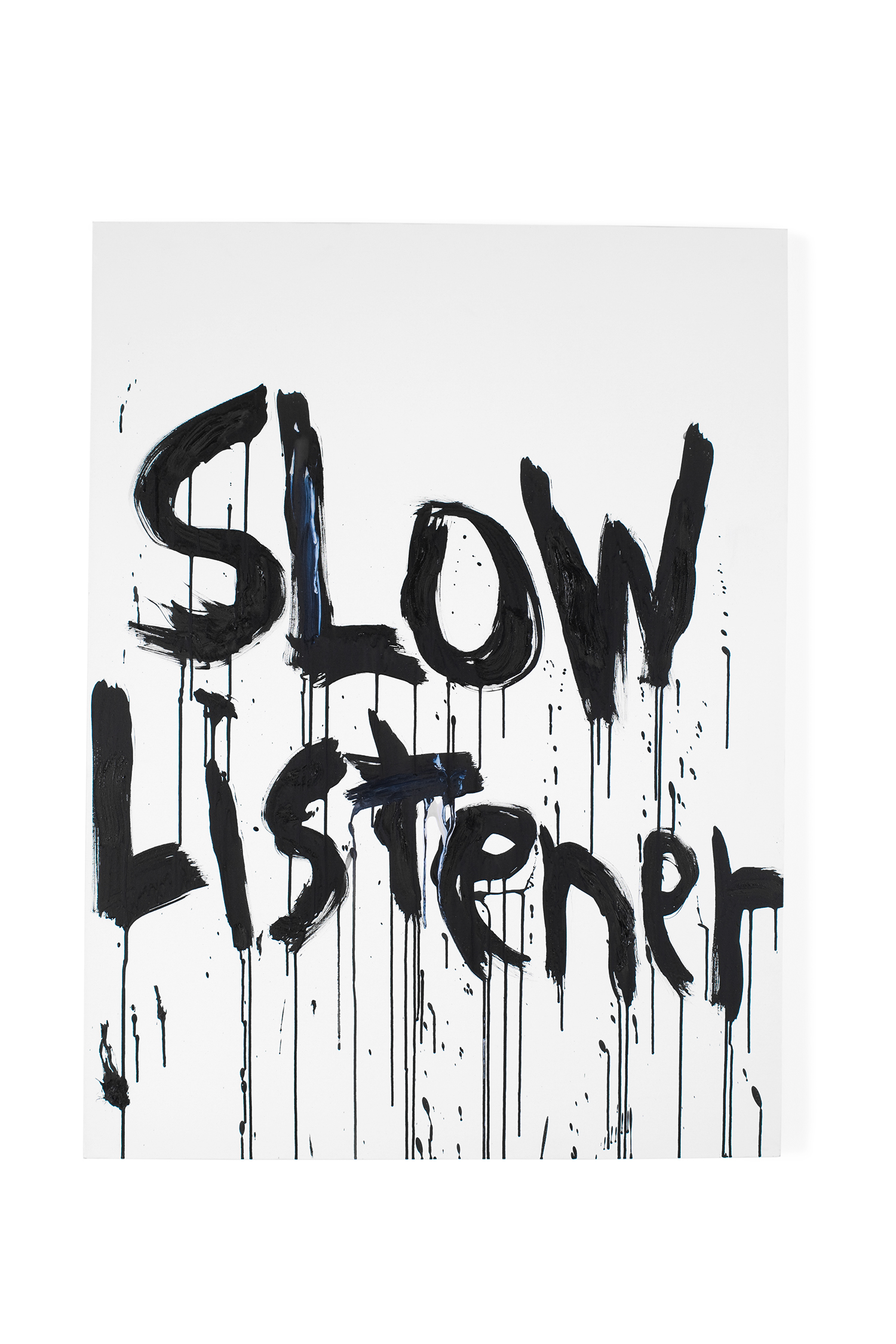 Kim Gordon performed center-stage as part of a mix that had no frontman, though she was central to Sonic Youth’s difference. She dressed like a savvy contemporary, as if she and the band had stepped beyond rock’s stereotypical histrionics toward a movement that led away from corporate control and was defined as the independent movement, of which they were exemplary figures.
As the band evolved, her multiplex character emerged. She coproduced Hole’s first album in 1991; codirected a Breeders video clip with Spike Jonze; created the X-Girl clothing line in 1993; created the art-music exhibition “Kim’s Bedroom,” with a book of that title published by Purple editions; made books of her art, such as Kim Gordon: Chronicles, volumes 1 and 2. In 2013 she had an exhibition of her paintings at the 303 and Gagosian galleries. She’s acted in Gus Van Sant’s Last Days and has appeared in episodes of Gossip Girl and Girls. Sonic Youth broke up after her split with Thurston Moore. She’s since formed the band Body / Head with her friend Bill Nace. In her memoir, she reveals the circumstances and surprises that help us to better understand her life as a band girl. 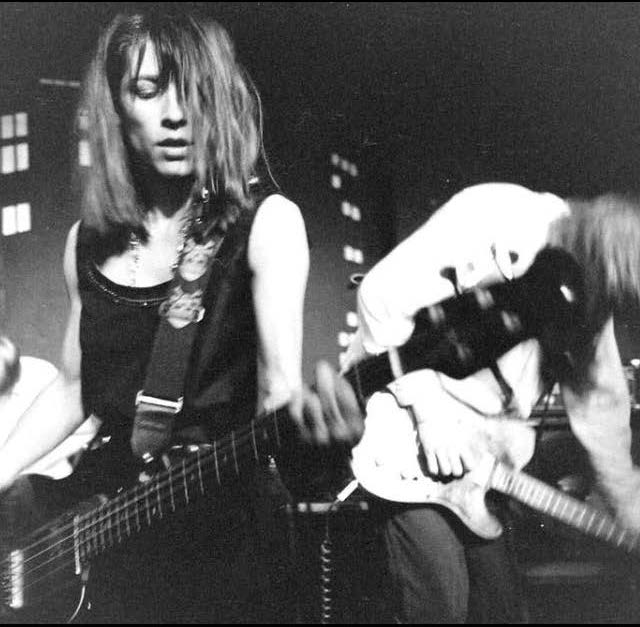