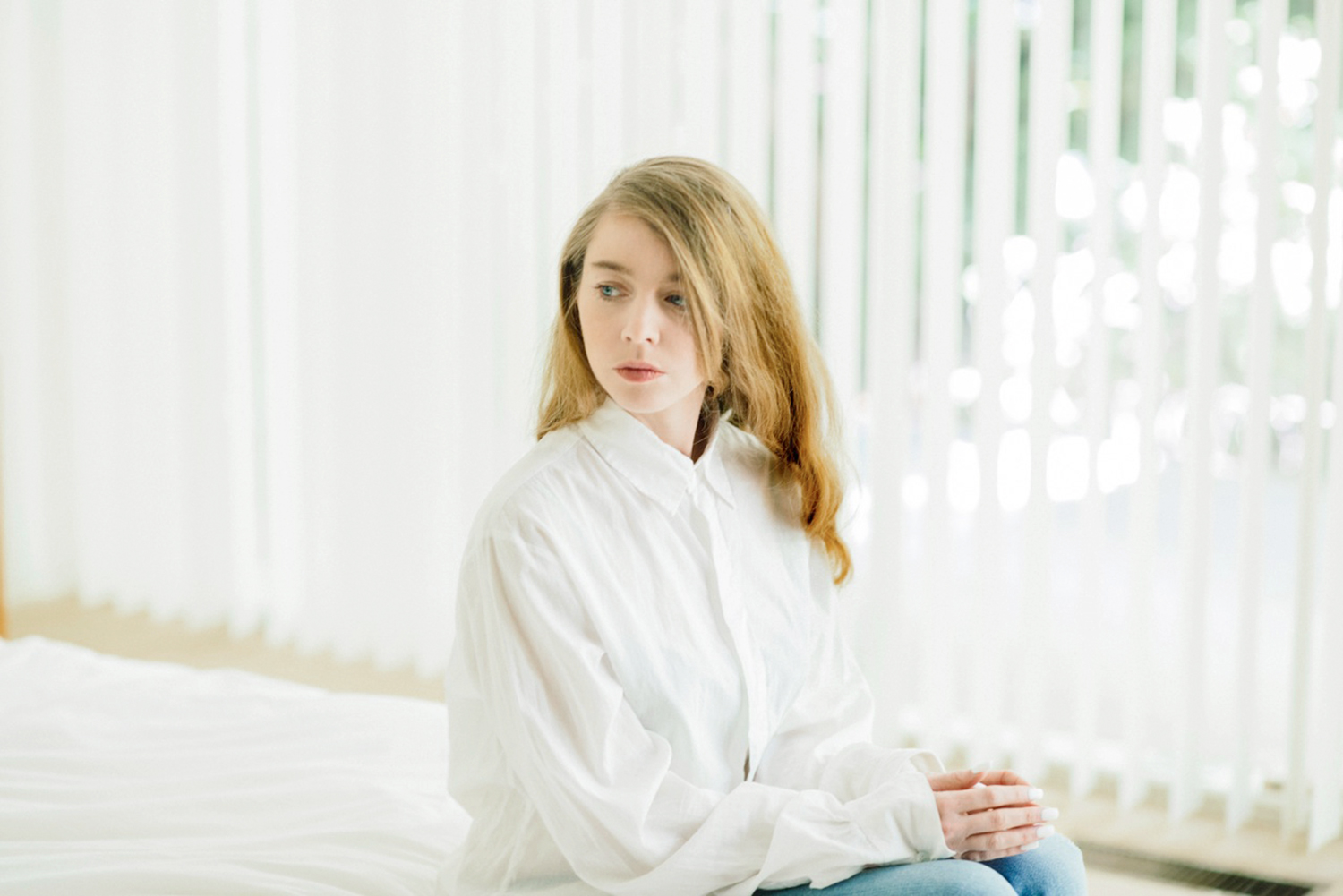 As Ingrid Caven became the quintessential woman of Fassbinder’s utopian dreams, wifed on the ruins of post-war German conscience, Emily Sundblad’s voice emerged, charged with the survival mode of the traumatized, post-9/11-era downtown NYC, holding court with style and graceful dignity. In Fassbinder’s movies, style was highly sought after. With mannerism and performances, they could prevent things feeling realistic. Style has the power to escape reality, but style is in great danger when its details are sloppy or neglected in favor of comfort or, even worse, sacrificed for the sake of banality. 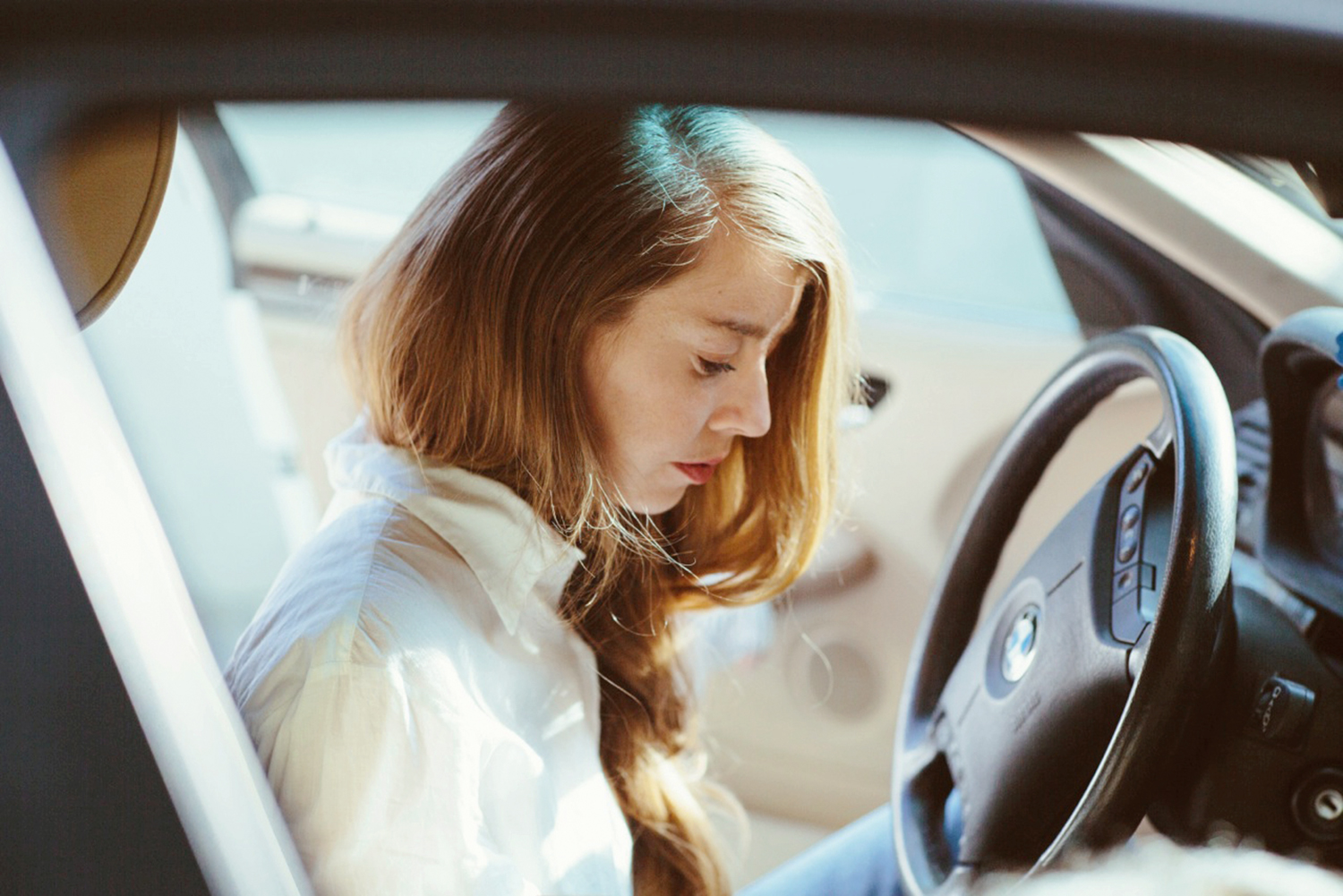 Emily’s sounds and visuals are idealistic. She disappears among the layers of the meticulously constructed characters of her paintings and songs. She prefers to dissolve in them to the point that she is a sensation of being none or many. “Each man kills the thing he loves,” sings Ingrid Caven. Emily can die and resurrect with each thing in each of her songs. She reaches for the absolute, then faints elegantly.

Like the Marquise of O…
And now ladies and gentlemen, let me present you New York’s very own Emily Sundblad!

It started with Dolly Parton — I have loved her ever since I was a baby. Her pretty voice, her songs, her great style, her story, her generosity. I love country singers because they are so clear, disciplined, stylish, and yet unpretentious. Just doing their job. 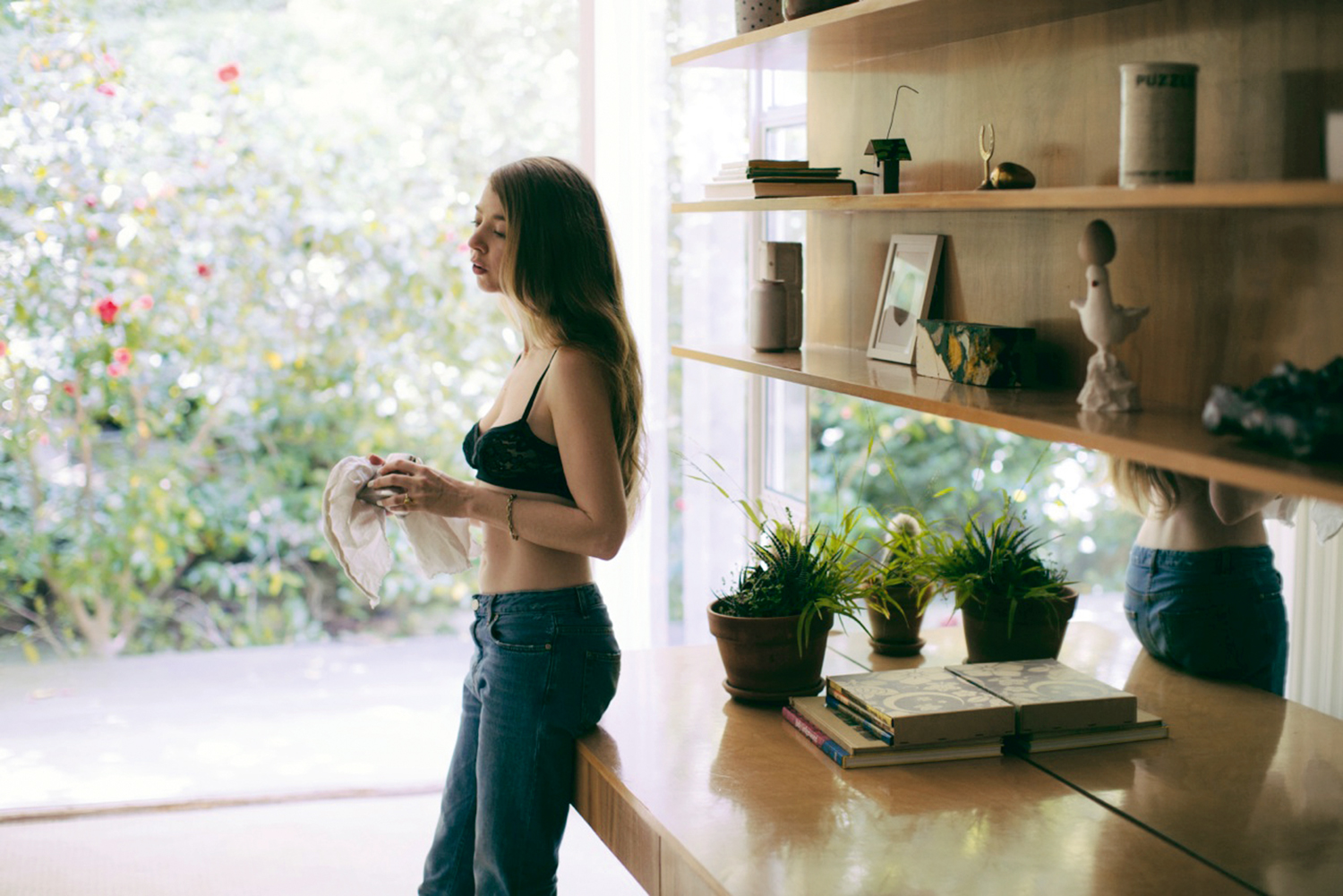 I was always singing. Writing songs was harder. Playing the piano was a tragic comedy. At 14, I listened to the Velvet Underground and Nico for the first time and was forever changed. The first bars of “Sunday Morning” just broke me. I took voice lessons in a church and sang Goethe. But I was clueless. Then in the ’90s, I became fashion-obsessed. Fashion was great then. I lost my virginity at 16, in full Vivienne Westwood garb. Eighteen-inch heels and everything. Ostrich feathers covering my ass. I would go to school in a suit, topless underneath and take the jacket off in class. I was a party monster and music-obsessed. Me and my friends broke in to all the concerts. PJ Harvey To Bring You My Love, so amazing. She was it. I even had a Bernadette Corporation piece and Susan Cianciolo. Beautiful clothes.

I gave up on singing. It was all style, drugs, friends. Being funny was most important. I was a high-school dropout living in London — aimless. A loser. I spent a lot of time walking.

Fast forward. It’s 2002, and I’m in New York and think that I’m an artist. My head gets patted in school. I can make older people laugh. I meet [the art critic] John [Kelsey] and fall madly, crazy in love. Life had become real. I painted a painting I liked. I stepped into reality out of the waiting room. We started the gallery [Reena Spaulings]. No more kidding around and wondering what to do. The gallery was doing us. We were burning out, and there were artists, playwrights, colleagues, brilliant people — a community. New York.

Around then I had a nervous breakdown. My illusions were shattered, and life became even more real. I was electrified with sorrow and emotional pain. I was in pieces. No food, no sleep, no respite. My hair was coming out in chunks. I weighed 90 lbs. Then I was ready to perform. And one night I did. In November 2003. I sang (chanted, screamed) Schubert lieder and played drums at an AIDS benefit at Participant Inc. I was full of rage. I held the room. I felt elegant, ice-cold, murderous, complete. I borrow a quote from Eileen Myles: “It was like I had a lightning bolt and was stabbing the room with it.”

And that was it. I knew I was a singer.