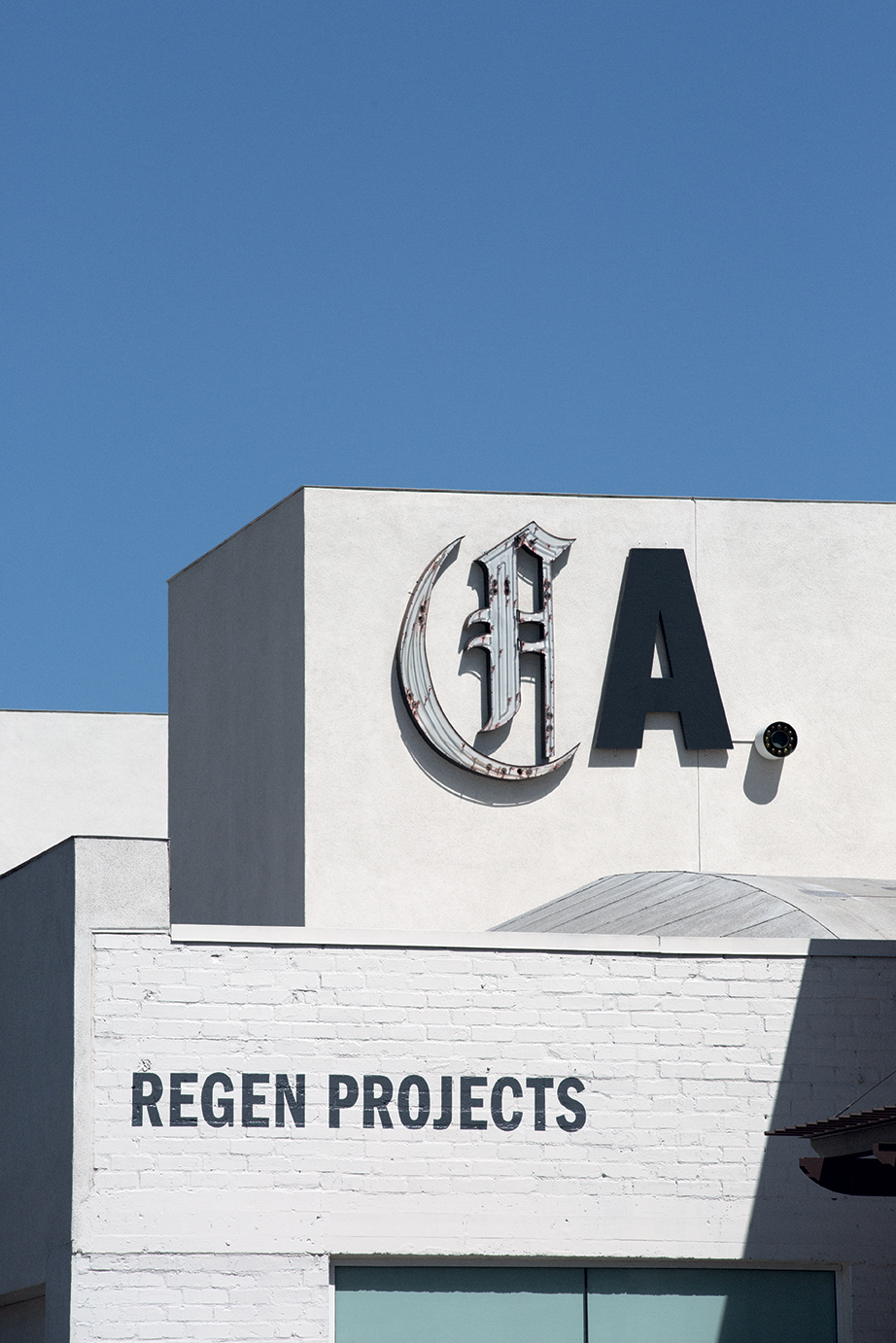 When Regen Projects opened in 1989, it pioneered an unprecedented shift in the art world from East to West Coast, bringing to Los Angeles a new generation of international artists emerging in the ’90s. Over the years, Shaun Caley Regen’s gallery has moved several times within the city, and it is now located in a beautiful space on a sketchy part of Santa Monica Boulevard in Hollywood. With contemporary art now an integral part of LA’s urban identity, she remains a powerful player on the scene.

OLIVIER ZAHM — Los Angeles is a complex, fragmented, always changing city. How do you see it, after three decades of working as a gallerist here?
SHAUN CALEY REGEN — On the surface, there are sunny skies and strip malls and not a whole lot more, but then you scratch, and everything’s here.

OLIVIER ZAHM — At first sight, it can appear a bit empty, even superficial.
SHAUN CALEY REGEN — Yeah. [Laughs] But I love it. I’ve been here almost 30 years now.

OLIVIER ZAHM — Why did you create a new art gallery in LA in the late ’80s?
SHAUN CALEY REGEN — I met somebody. Then I came to LA, and then I met Stuart in July, I think, of ’89. He was going to open a gallery in December. So, he hired me, and we opened it together.

OLIVIER ZAHM — I guess LA’s changed since then.
SHAUN CALEY REGEN — A lot. Not just the city landscape, but the Los Angeles art world. It’s big now, and it’s getting bigger and bigger. 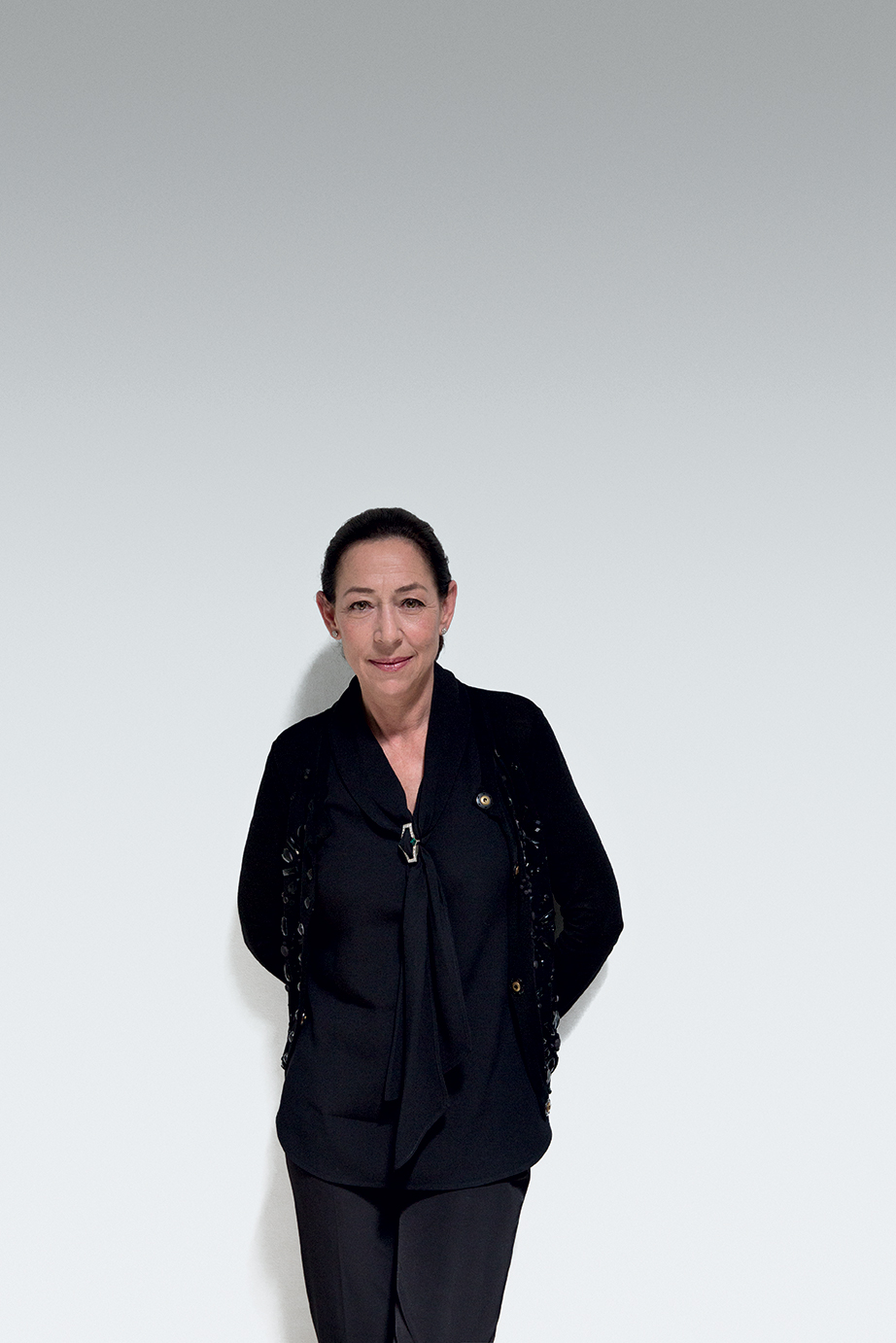 OLIVIER ZAHM — Where was your first gallery?
SHAUN CALEY REGEN — At 619 North Almont Drive, in West Hollywood. Then there was the recession, and we went broke, so in 1993 we moved up the street to 629 North Almont Drive. We’d married and changed the name to Regen Projects. But Stuart died in 1998 of non-Hodgkin’s lymphoma. He was only 39. Then, in 2003, I expanded to 633 North Almont Drive, and then in 2007, I moved around the corner to 9016 Santa Monica Boulevard — which is where, I think, Tom Ford is now, and Hedi Slimane was using the space for a while, too. I bought this building here at 6750 Santa Monica Boulevard about seven or eight years ago, and so we moved the gallery again. And they’re actually finally tearing down that whole block in West Hollywood where we were before.

OLIVIER ZAHM — Where you are now, on Santa Monica Boulevard, looks like the middle of nowhere — a bit sketchy, even. What was the evolution of the neighborhood like?
SHAUN CALEY REGEN — Well, I always liked this neighborhood because it was the media district, with all the Hollywood warehouses. This building housed a digital company. When I first moved to LA, I lived just up the hill on Whitley Terrace, and all of us had a favorite Japanese restaurant that was in the strip mall across from where the gallery is now. I always felt there was so much possibility in this area — all these warehouses. So, I was always drawn to this neighborhood. Now they are constructing the LGBT center in front of the gallery, that’s amazing.

OLIVIER ZAHM — It’s a dream gallery.
SHAUN CALEY REGEN — It’s the first building I’ve really built. I worked with Michael Maltzan, a Los Angeles–based architect. It was a really fun process. And he was wonderful.

OLIVIER ZAHM — What I find spectacular, besides the massive size of it, is the panoramic view of the city from the roof. Do you use the rooftop for openings, or just for friends?
SHAUN CALEY REGEN — We’ve used it for openings, museum groups, a dinner, or a lunch, and sometimes for staff parties. I’d like to show more sculpture on the roof.

OLIVIER ZAHM — You were one of the first new galleries to come here and establish yourself. A lot of galleries are coming to Los Angeles now. In a way, you pioneered this opportunity. How has the LA art world changed?
SHAUN CALEY REGEN — The thing about LA is that it never wrote its own history the way Paris, New York, or London did. Even so, there’s a long history of really great galleries here. There’s a beautiful little book by William Copley called Reflection on a Past Life. He had a gallery in Beverly Hills in the ’40s, which was open for six months, showing Surrealists like Marcel Duchamp, Joseph Cornell, and Man Ray, I think. The gallery went broke for lack of a market and collectors. But there really was a strong history of brilliant gallerists in LA, whom maybe you’ve never heard of, like Nicholas Wilder and Claire Copley. The first installment of the “PST” [“Pacific Standard Time”] show at the Getty was an attempt to recreate that LA gallery history. People still don’t really know it, or that when we opened, there were really only three major galleries in LA. 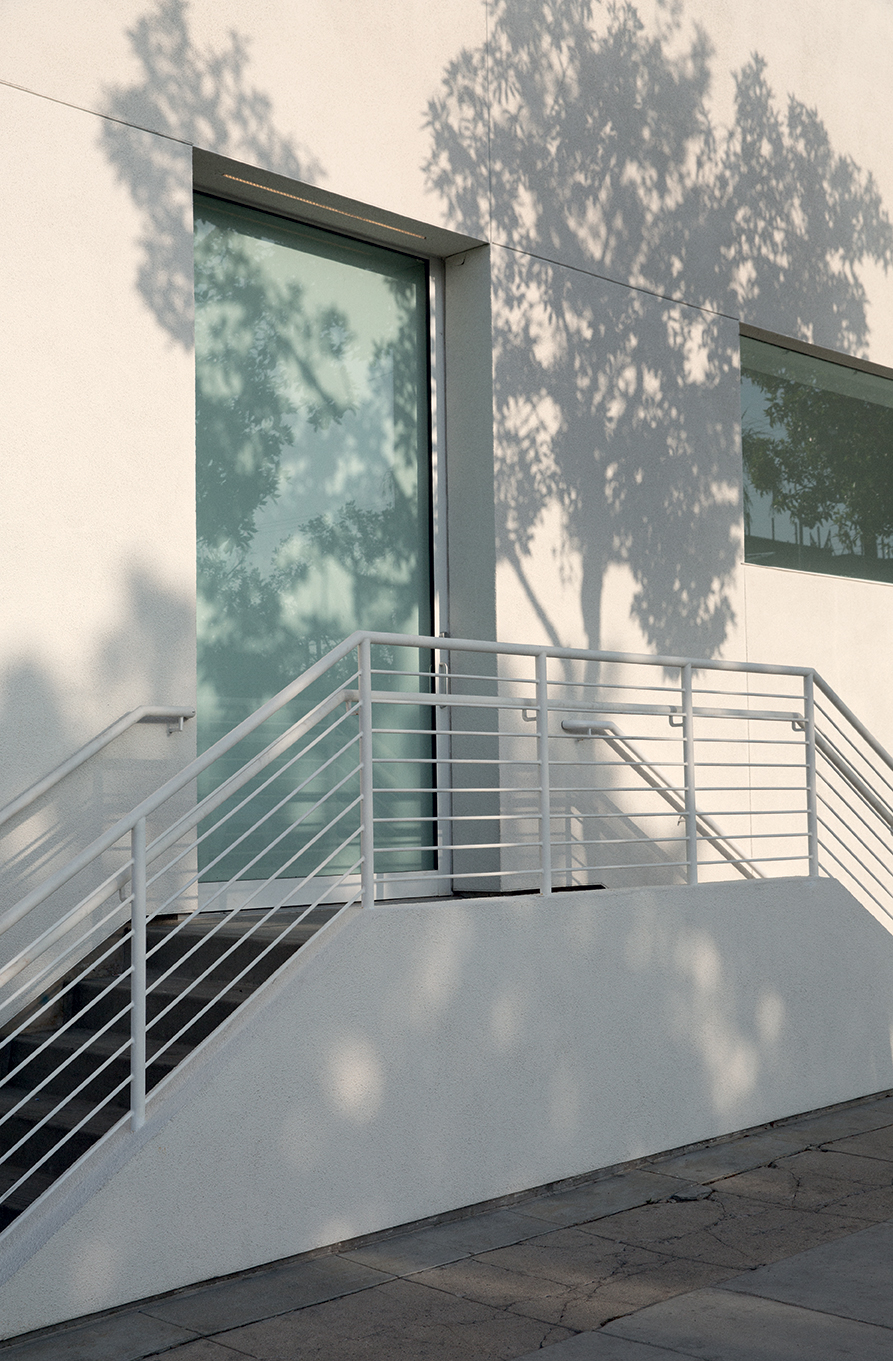 OLIVIER ZAHM — Which ones?
SHAUN CALEY REGEN — Margo Leavin, Daniel Weinberg, and Fred Hoffman. There were a bunch of others, but none with strong connections outside LA. Now there are a lot of galleries, and LA is a great place to be. As the city grows, it will become more like New York, which will then create the opportunity to move to Detroit or Mexico City or other places.

OLIVIER ZAHM — There’s a special energy in Los Angeles, don’t you think? How would you describe it?
SHAUN CALEY REGEN — Well, it feels like the end of the earth [laughs] because it’s on a coast, and the light and nature are so beautiful.There’s also something very sexy about the city… The smell of the jacaranda tree flowering in the spring. You can smell spring right now.

OLIVIER ZAHM — It is a very multiethnic, international city, maybe even increasingly so. What’s the audience for art?
SHAUN CALEY REGEN — Here, there’s always the competition with nature, the beach, or other things. But maybe that’s changing. A lot of Europeans and Latin Americans, along with Asians and Middle Easterners, seem to integrate art into their cultures more than Americans. So, their moving here has made a difference. And maybe they’re setting a standard for everyone.

OLIVIER ZAHM — There is another side which is still shocking: there are many homeless people, and the social gap between rich and poor is getting bigger. Even here in your neighborhood.
SHAUN CALEY REGEN — It is. Only, it’s not very visible in Los Angeles because of how the city was laid out: the city planners always tried to separate different socioeconomic groups so you wouldn’t have to see the “other.”

OLIVIER ZAHM — So many people live on the street.
SHAUN CALEY REGEN — And it worries me. The downtown Arts District has a tent city next to it. Before Bunker Hill was lowered in elevation, beginning in the mid-1950s, and replaced with high-rise buildings in the 1980s, it was populated by American Indians and poor writers like John Fante. They were all displaced. That’s something every major city has to think about now: how do you make a place where every socioeconomic stratum can live? LA as much as any other city has that problem. 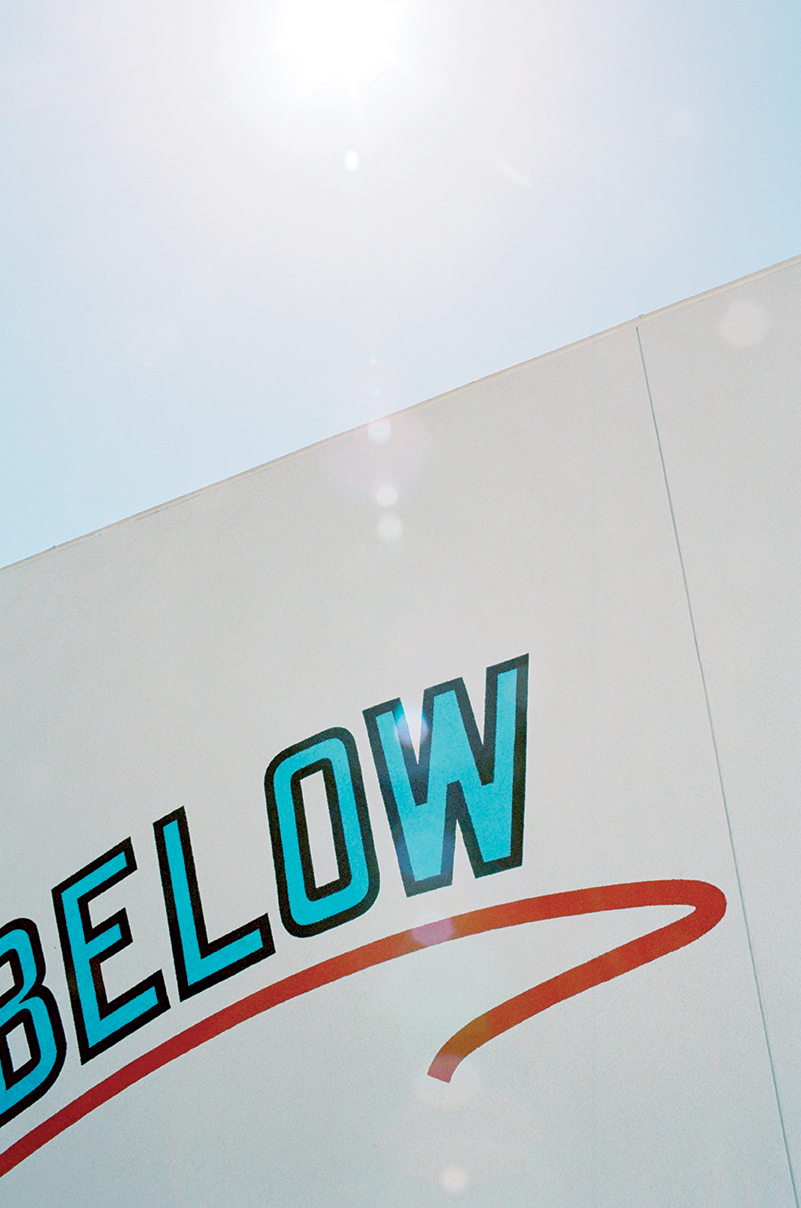 OLIVIER ZAHM — Ideally, LA could imagine a new politics in this social context — because it’s a very rich place.
SHAUN CALEY REGEN — That’s true. Around the time the Getty Museum was opening, in 2006, the LA County hospital was closing for lack of funds — the one hospital that treated the poor and served people without insurance or money. So, on the one hand, you had this art edifice going up, and on the other, you had this very critical hospital being threatened with destruction. So, as people get more socially engaged, they become more philanthropic, but we have work to do.

OLIVIER ZAHM — Your gallery shows artists from all over the world. How do artists from other places see LA?
SHAUN CALEY REGEN — Some artists are excited by LA. The art schools here are exceptional and have produced many artists that also show internationally. So, showing to your peers and to artists from elsewhere is vitally important.

OLIVIER ZAHM — And now there are more contemporary art institutions and new galleries. And so many artists are coming from everywhere to live in the city.
SHAUN CALEY REGEN — It’s a really good moment. The difference with New York, is that life here is still cheaper, so it was really a great time then to be an artist and to be here, and I still think it is. It’s been wonderful to see the arts community flourish over the past three decades. But as I’ve watched it over the years, it’s a little bit like a roller coaster: up and down, up and down. But maybe it’s reached a critical mass such that it won’t go down as it did before. The museums have strong leaders, and they’ve made a huge difference in the art environment, especially what Michael Govan has done with the LACMA [Los Angeles County Museum of Art] campus, and Ann Philbin at the Hammer Museum.

OLIVIER ZAHM — What about collectors?
SHAUN CALEY REGEN — Growing by the day.

OLIVIER ZAHM — With a big gallery like yours, do you have room for very young artists?
SHAUN CALEY REGEN — Yes, this is important. We will be doing a show with Christina Quarles, who is 33, in the spring of 2019. The question is: how do you sustain it and grow and continue to bring new things into the program? A lot of us grew with the artists we started with, when there were two people running the gallery. 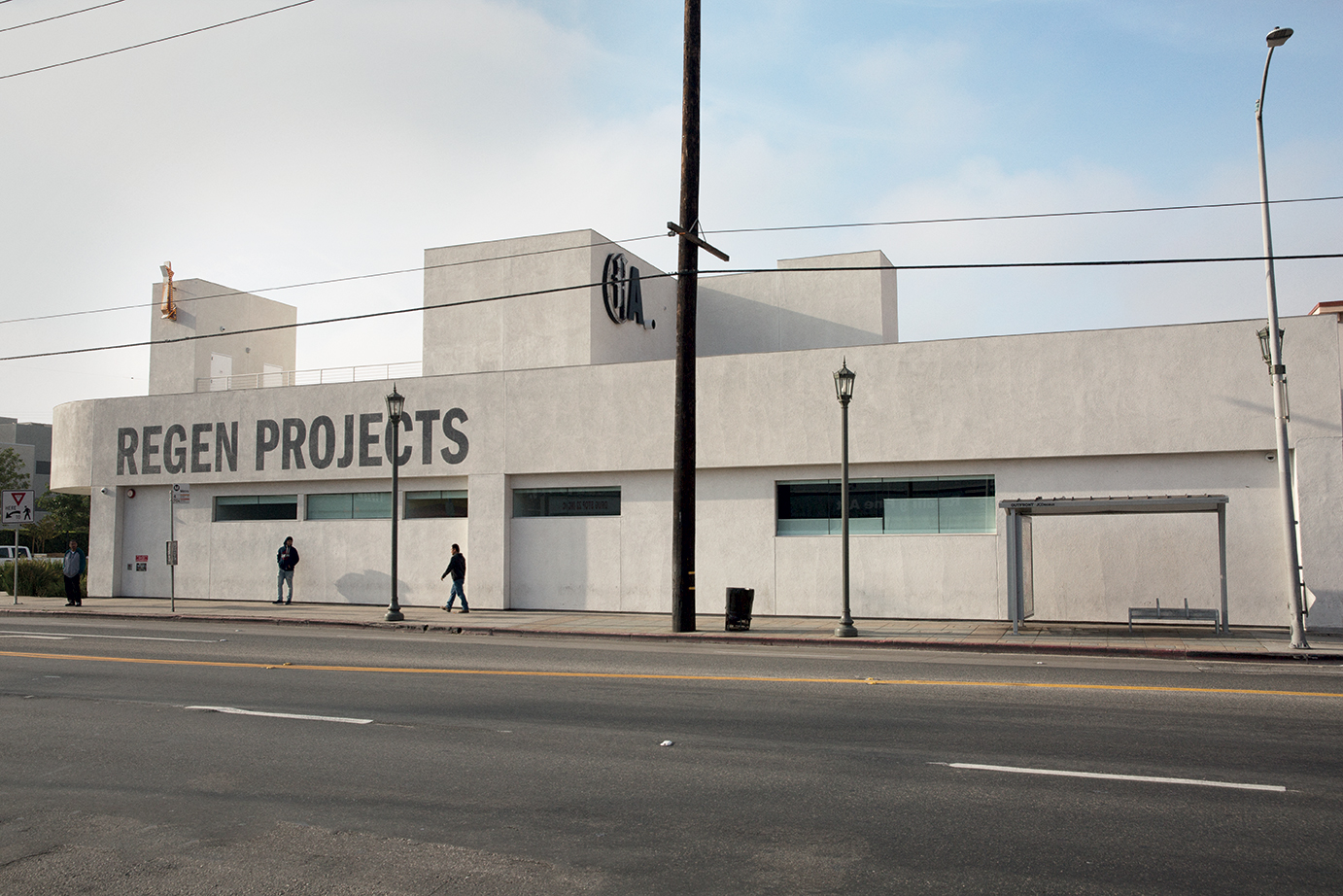 OLIVIER ZAHM — Do you still work with Catherine Opie?
SHAUN CALEY REGEN — Oh, yeah. She was here today. But the thing about LA is the way friendships are established. There is also a great sense of autonomy, whereas in New York it seemed that everyone was always looking over each other’s shoulder.