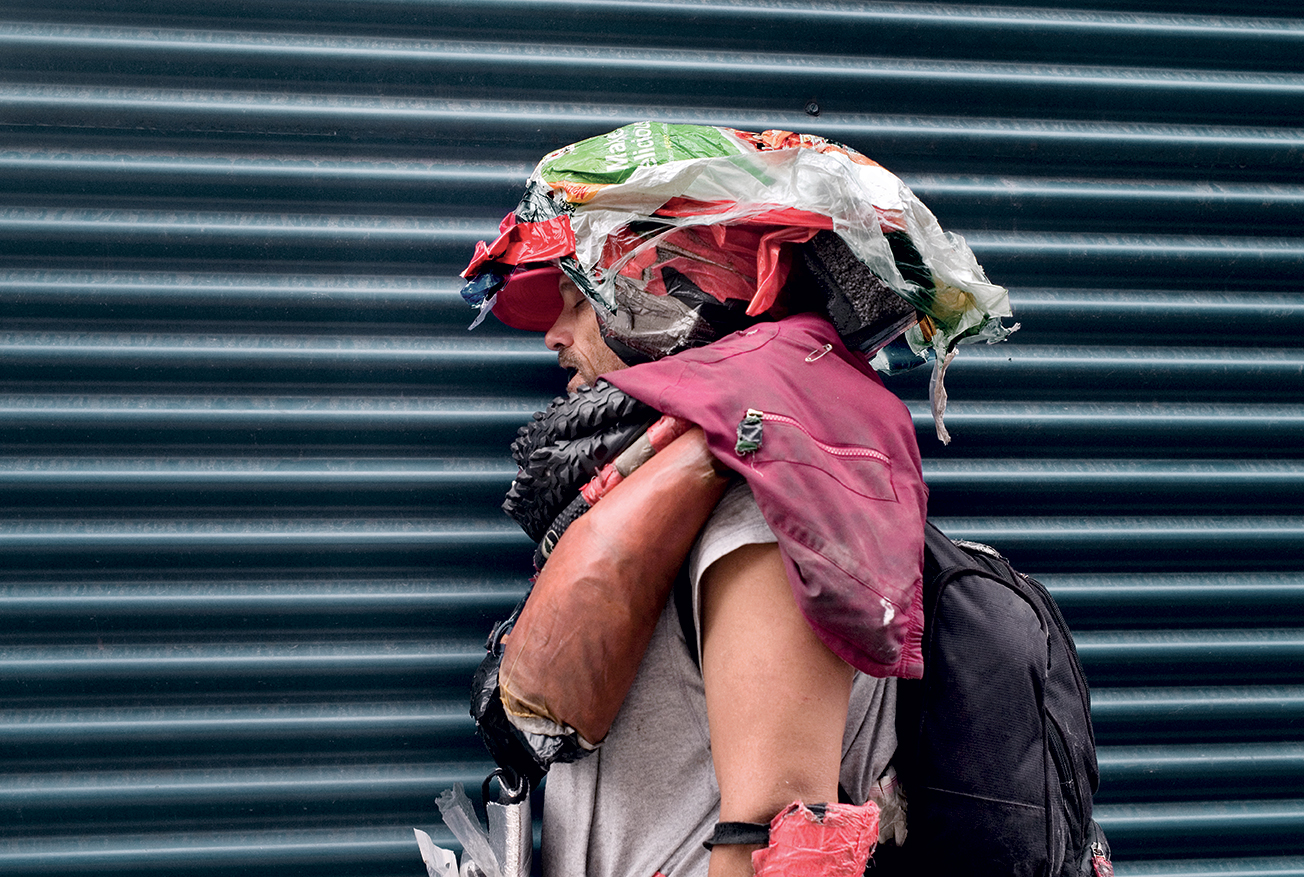 I met David in the shelter, where I have three friends who give free haircuts on Saturdays. I’ve been taking portraits of their customers for the past 10 years. One day, David appeared — straight out of a Mad Max movie. I asked him if I could take his picture. He thanked me, said yes, and from then on, every time he came, which was regularly for five years, we did portraits. He’s not very talkative, likely a veteran but not willing to speak about anything too personal. At the beginning of the month, with the little money he gets from the government, he rents a motel room to rest for a night or two. I once ran into him at the 99 Cents store on Fairfax, where he was shopping for sardines and beef jerky. David spends most of his time in the Valley, but also travels great distances on his bicycle. He’s subject to epileptic episodes, which is a major reason for all the protections he wraps himself in, in case he has an attack while riding his bicycle, his “raft.” David is a very gentle person, with the bluest eyes and the most incredible style. An artist, shipwrecked, in LA. 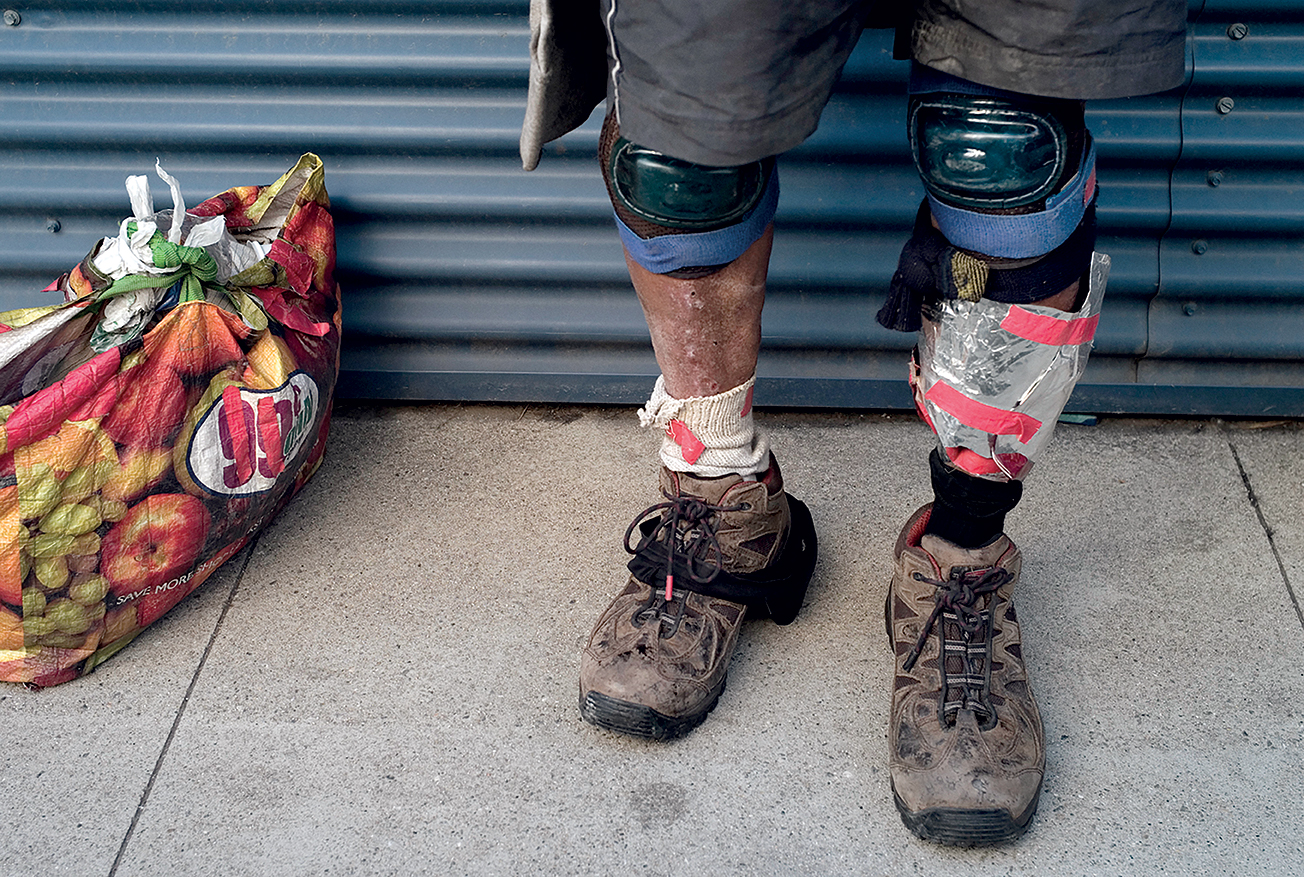 Olivia saw him coming before the others. The shelter was crowded that day; you could feel the worry in the air as he arrived helmeted in plastic bags and fluorescent tape, equipped with a life vest, knobby tires, rubber tubes. Long strides. A quick lap around the little space reserved for the barbers. Costume or straitjacket? That day, she sneaked a photo of him.

The next Saturday, after his shave, he agreed to have his picture taken. Grimaces, tortured looks, a one-man theater, keen blue eyes behind dark glasses. Week after week he came back, spoke little, said thank you, always went away in a hurry, except sometimes when he lay down exhausted beside his bicycle. His raft, all done up in his image with foam and fluorescent tape, debris, rags to protect him from the sun, from others, from himself. Prince of castaways, he never parted with his life vest, his bracelet supply of Scotch tape to keep his rig together. One photo after another, he’s David, the hero she’s been waiting for. 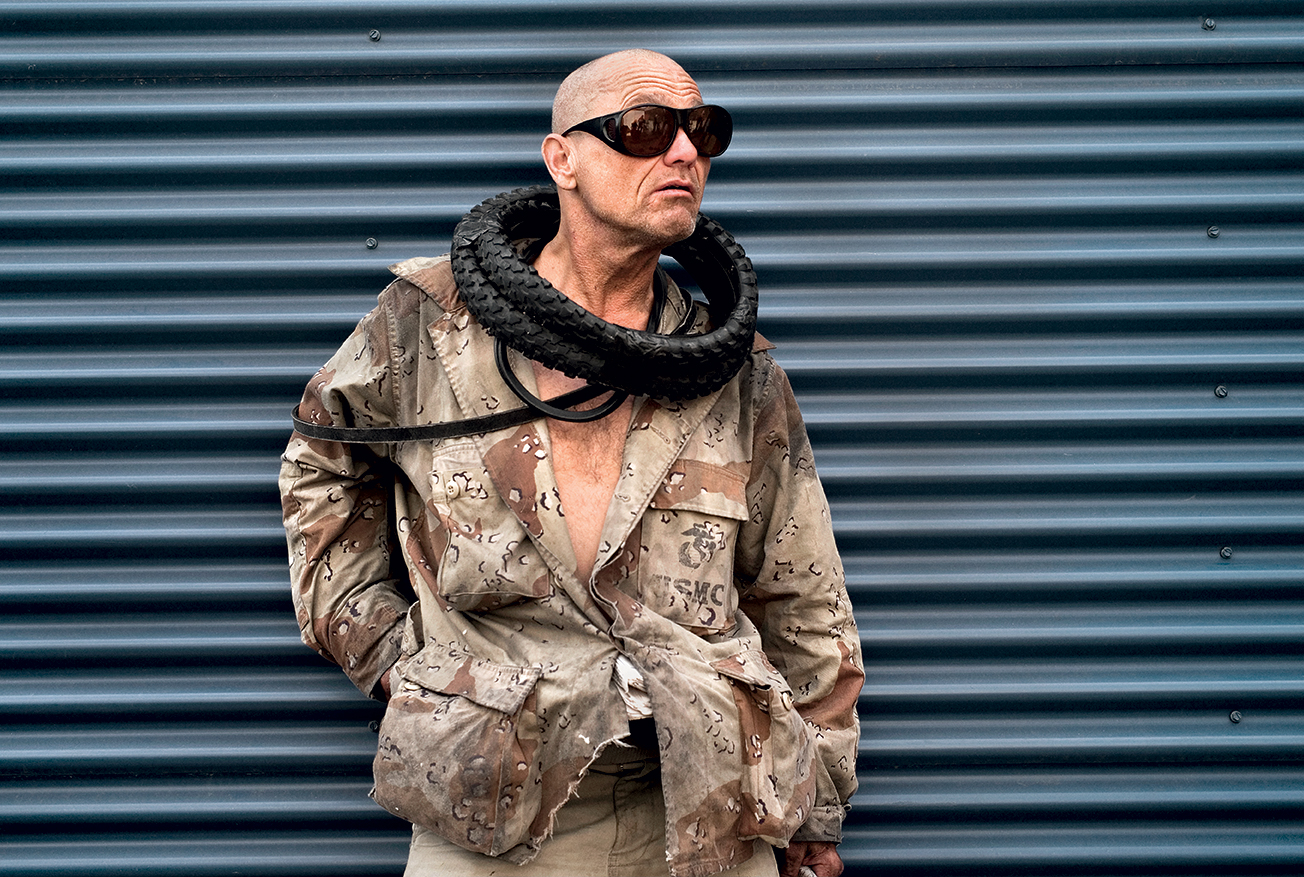 For five years, Olivia photographed David at their meeting place, the Santa Monica shelter barbershop. One day, he didn’t show up. She had spoken to him about the book she was preparing; she couldn’t tell if there was a link. Maybe it was time for him to move on. He had given her permission to use his image, in beautiful handwriting signed “David Jones Transient.” She also knew he came from the Valley, a long way even by bicycle, and that he wasn’t young. On the cover, she framed David’s bare legs, stretched out on the concrete of the shelter; they bear the stigmata of the street. Of the fulminate of a ripe volcano, of trance-stone, of patience, of tumors, of cooked tumors, and of the bed-sores of a skinned man. She thinks of the texts of Antonin Artaud. The weeks go by; she hopes he isn’t lost forever. Ah give us skulls of embers / Skulls scorched by the sky’s thunderbolts / Clear skulls and real skulls / Skulls pierced by your presence. David, bare-skulled after a session at the shelter, eyes cast skyward, irises blank. Where are you? 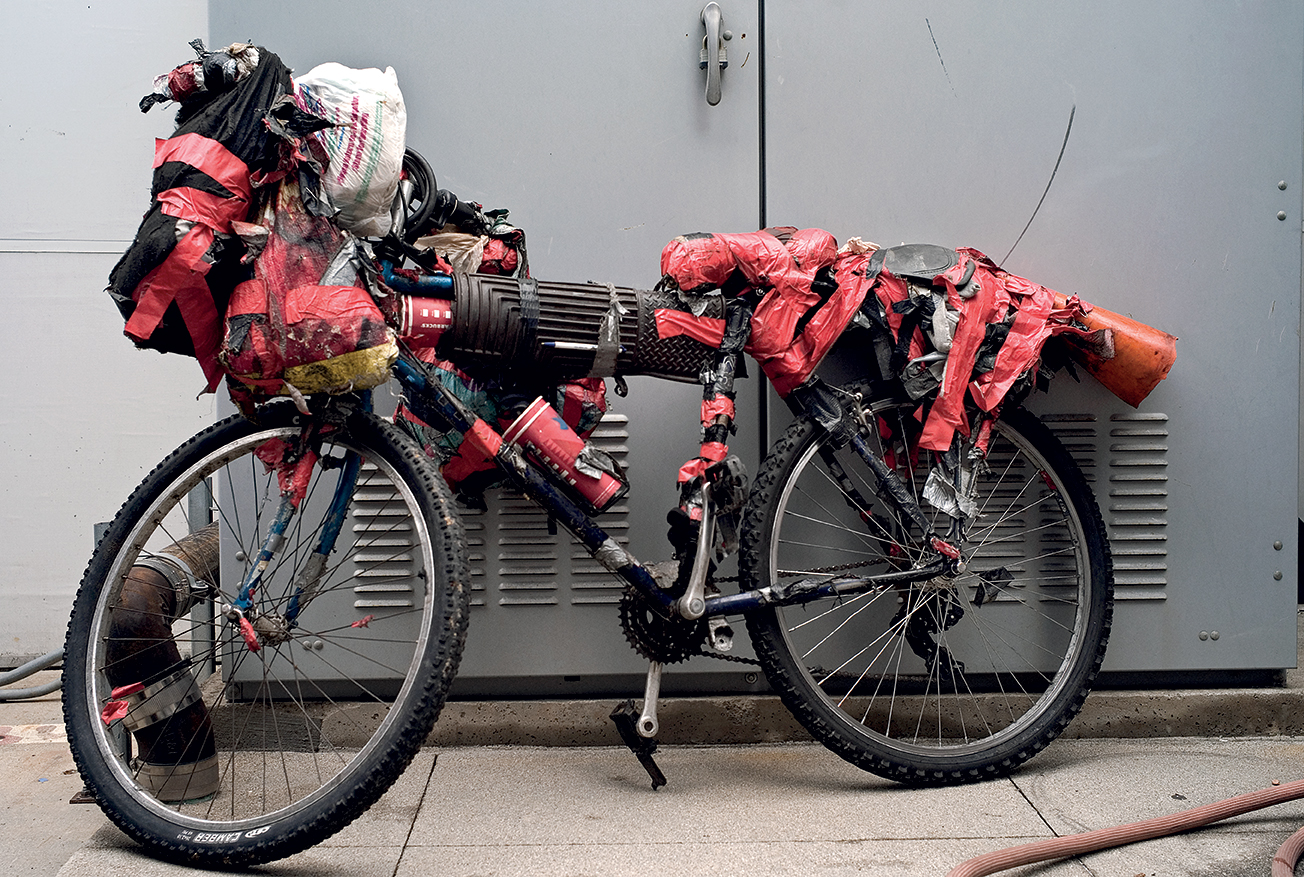