French dancer-choreographer Benjamin Millepied has spent most of his career in the US, including 15 years with the New York Ballet Company. In 2011, he created LA Dance Project, the city’s first major dance company. In 2014, he left LA for two years to be dance director at the Paris Opera Ballet. Now he’s back, planning to turn the city into a dance capital, presenting to LA the best the world of dance can offer, including his special collaborations with contemporary artists and composers. 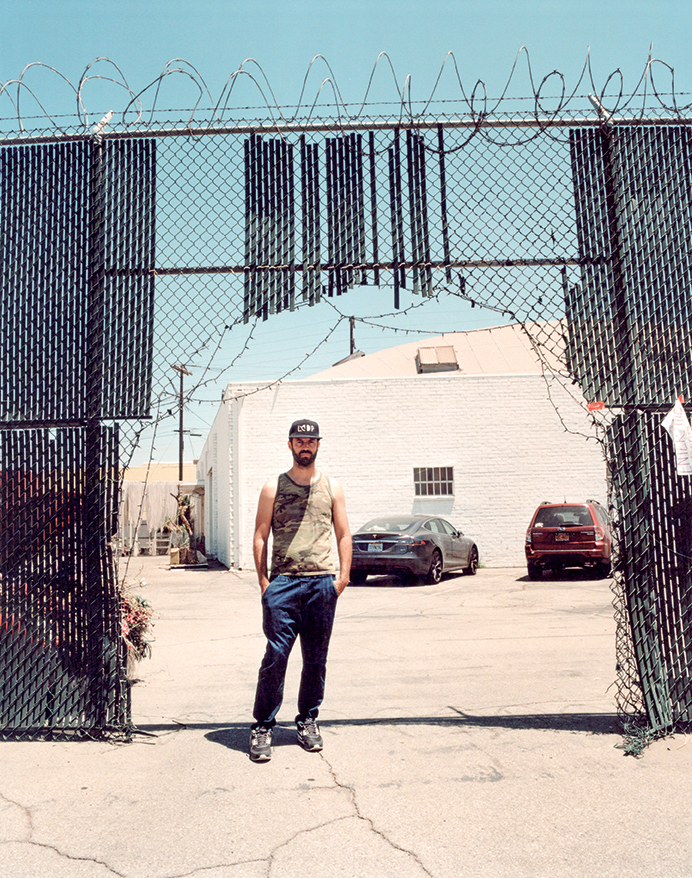 OLIVIER ZAHM — Besides your private life with a great actress [Natalie Portman], what made you come to LA?
BENJAMIN MILLEPIED — I was always fascinated by LA. I came on tour with the New York City Ballet. After the performances, if we had a layoff, I’d rent a car and stay for a week or two.

OLIVIER ZAHM — When did you open the LA Dance Project space?
BENJAMIN MILLEPIED — We moved in this summer. We got it about a year ago in 2017, and then gutted and renovated this part of the building and created a performance space that holds 100 seats. It can go up to 150 seats. We started a series of performances just a week ago, which will last four weeks.

OLIVIER ZAHM — Is the public already coming this far south in the Downtown Arts District?
BENJAMIN MILLEPIED — I don’t think distance scares people. They drive and will go five minutes farther, west or east, if something is worth it. We dance five days a week. And every day is sold out. The thing that’s unique is that we’re the first dance company in Los Angeles to have its own performance space… and an actual series of performances. I plan to program other things here as well — not just dance, but also music and theater. 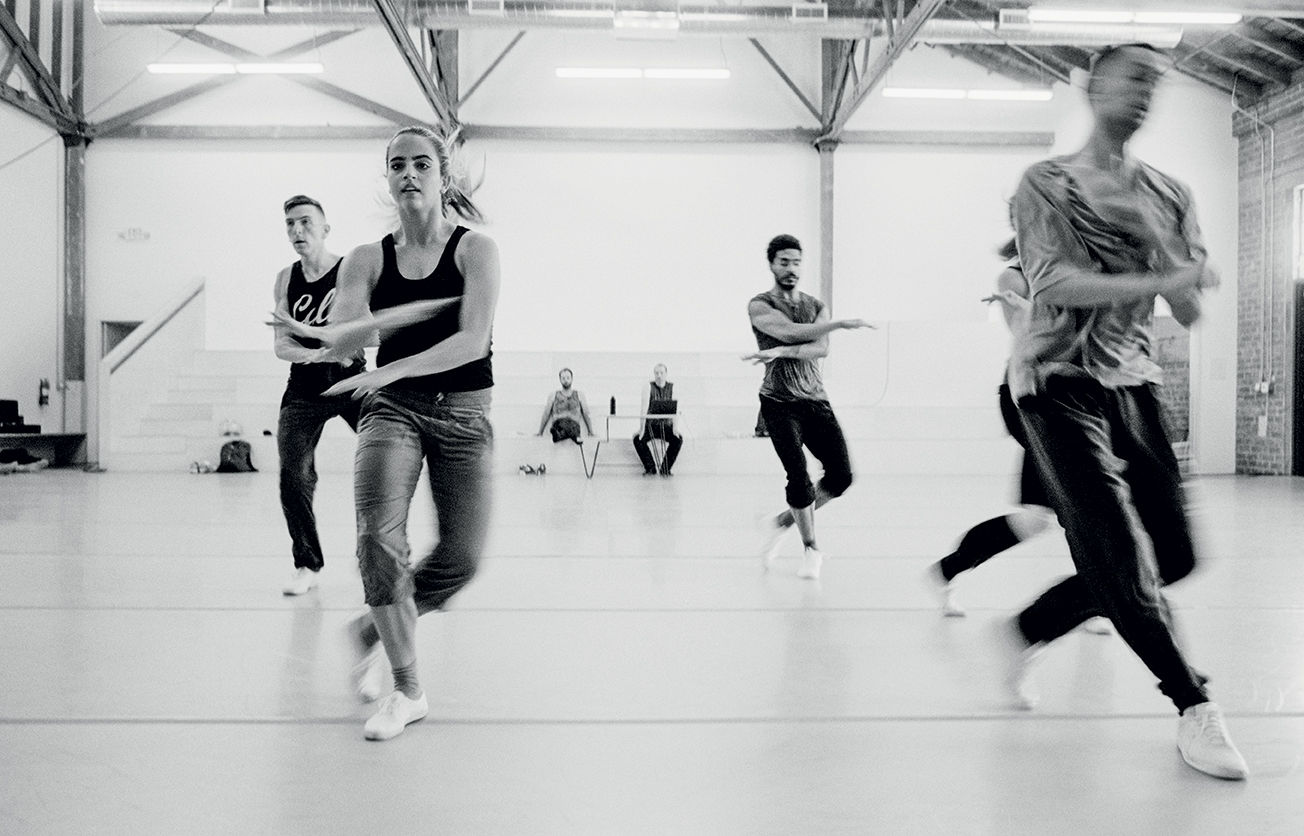 OLIVIER ZAHM — Four weeks is a lot. What is it, 20 shows total?
BENJAMIN MILLEPIED — Exactly. But I think it’s the way to become part of a community, and to feel like you’re really offering something to the city. And I think dance has been a little bit of a missing link, in the sense that music and classical music have a big presence. There are certainly dance groups, but there hasn’t been the infrastructure in LA for a real dance scene.

OLIVIER ZAHM — But in California you have the San Francisco Ballet…
BENJAMIN MILLEPIED — Right. But there isn’t a big company like that in LA. We’re actually the biggest company in LA — the dance company that works the most internationally.

OLIVIER ZAHM — Is it difficult to create a new dance company in Los Angeles?
BENJAMIN MILLEPIED — I created it five years ago. And then for two years I had to go to Paris to run the Paris Opera. It’s only been a constant push and focus of mine since I’ve been back from Paris. So, it’s exciting, but it’s hard, too. The fact that there is no big dance company here makes it a tough place to create one. The toughest in the country, to some extent. Many companies have tried to exist here but failed repeatedly. Everybody who tried kind of failed. Nothing really took off…
You have to have patience, and you have to build a different model. And all that interests me. 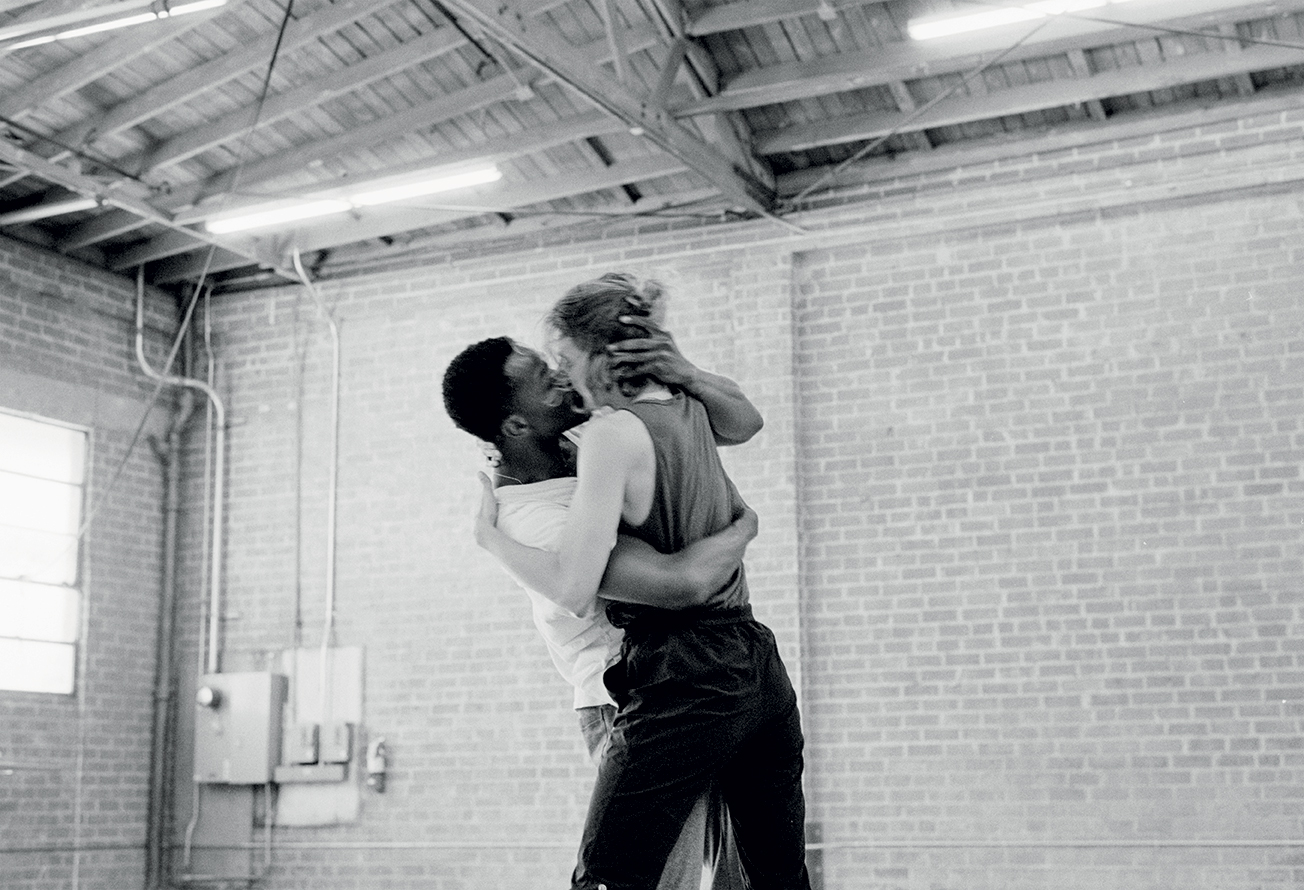 OLIVIER ZAHM — What’s your recipe for a successful alternative dance project here?
BENJAMIN MILLEPIED — It’s a combination of things. But, first of all, we already have an international reputation, and we make money by touring internationally. And we also collaborate with a lot of contemporary artists: Barbara Kruger, Liam Gillick, Mark Bradford, Sterling Ruby… Those are just some of the people we’ve worked with. We’ve collaborated with a young artist named Emily Mast, who’s creating an installation for a choreography project this summer. So, we bring different types of audiences together. We do site-specific work, too, and we’ve done a lot of films. Our programming is unconventional.

OLIVIER ZAHM — Your working model seems related to contemporary installation or performance art.
BENJAMIN MILLEPIED — Yes. We also have a different audience than the typical dance company performing in theaters. That’s another reason that so many artists collaborate with us. Plus, we have a lot of brand support for the company. Van Cleef & Arpels has been a major supporter of ours for years. Ermenegildo Zegna is now a very important partner. Richard Mille is another one. So, it’s a combination of things.

OLIVIER ZAHM — How do you find dancers? Do they come to you?
BENJAMIN MILLEPIED — We audition them. They’re from all over the planet. It’s a small group: there are 11 of them, and there will be 12 next season. But very international.

OLIVIER ZAHM — You seem very happy in LA.
BENJAMIN MILLEPIED — Yeah. I love it here. As you know, there’s nothing better than building your own thing, having your own team — building and presenting things … the circumstances … making your own choices… That’s the most rewarding thing for me.

OLIVIER ZAHM — Why did you choose this location?
BENJAMIN MILLEPIED — It was really a combination of the quality of the space and the price, and also being Downtown because I know this neighborhood is exploding, with more development, more young people. Already, if you have lunch at Zinc just down the street, or any of the restaurants near here, you won’t find a younger, more diverse group of people.

OLIVIER ZAHM — A community?
BENJAMIN MILLEPIED — It’s completely incredible. And I think it will grow into a very rich artistic community. You have the most important architecture school down the street… Hauser & Wirth is not far from here, along with more contemporary art galleries. It just feels like the place to be. We’re at the edge, and a little bit far here, but we love it. Soho House is moving three blocks away. Give it five years, it’ll be nuts here — I guarantee you.

OLIVIER ZAHM — There aren’t so many cities where you can have this open mind.
BENJAMIN MILLEPIED — Well, things also have to be possible. I wouldn’t know where to begin in New York, and it would cost five times the price to do what I’ve done here.

OLIVIER ZAHM — Do you feel something new can happen here?
BENJAMIN MILLEPIED — The arts community needs to gel. I want to develop an organization that assembles people. Say, in three years, when you come here — any time during the year — you can watch dance, and have a good understanding of an arts community and a dance community that’s worth seeing. That’s exciting to me.

OLIVIER ZAHM — How is dance changing these days? It seems to be influenced by every source and every kind of dance, even street dancing.
BENJAMIN MILLEPIED — Yeah, there’s a lot of that. You see dance in commercials, in films, on television. But choreography and dance, as a pure art form, I’m not sure you see much that’s really good.

OLIVIER ZAHM — In the ’70s, choreography became very experimental. How is dance evolving today from your point of view?
BENJAMIN MILLEPIED — Well… I just don’t see as much good work as there was even in the ’90s — of purists with a great craft of choreography. And I think that’s simply because society has changed so rapidly in the last 15 to 20 years. People have less patience. Sure, there’s stuff in museums, but as far as dance for the stage goes, there’s actually less experimentation, less exciting work, and less work that feels relevant. For me, it’s a good reason to keep pushing for it.

OLIVIER ZAHM — Does that mean dance is everywhere but not necessarily moving forward?
BENJAMIN MILLEPIED — For the stage, I would say, it’s not the best — and not as good as I think it should be. But there are a lot of incredibly interesting things from a more sociological perspective — and an understanding of the types of dances that have come from different places. And there are certainly amazing dancers from around the world. In street dance, we see remarkable people. Recently I was blown away by the dancing of some LA krumpers. That was more exciting to me than many things I’ve seen on stage.

OLIVIER ZAHM — Are there any choreographers you revere, or who are references for you?
BENJAMIN MILLEPIED — Jerome Robbins, Pina Bausch, Anne Teresa De Keersmaeker. There was a period in the work of William Forsythe that was really exciting to me.

OLIVIER ZAHM — At the beginning of the ’90s?
BENJAMIN MILLEPIED — Yes, absolutely. Particularly when he left pointe shoes behind — a period of works that I think were magnificent, really extraordinary.

OLIVIER ZAHM — Does your back hurt? Are your shoulders okay?
BENJAMIN MILLEPIED — My shoulders are a mess. [Laughs]