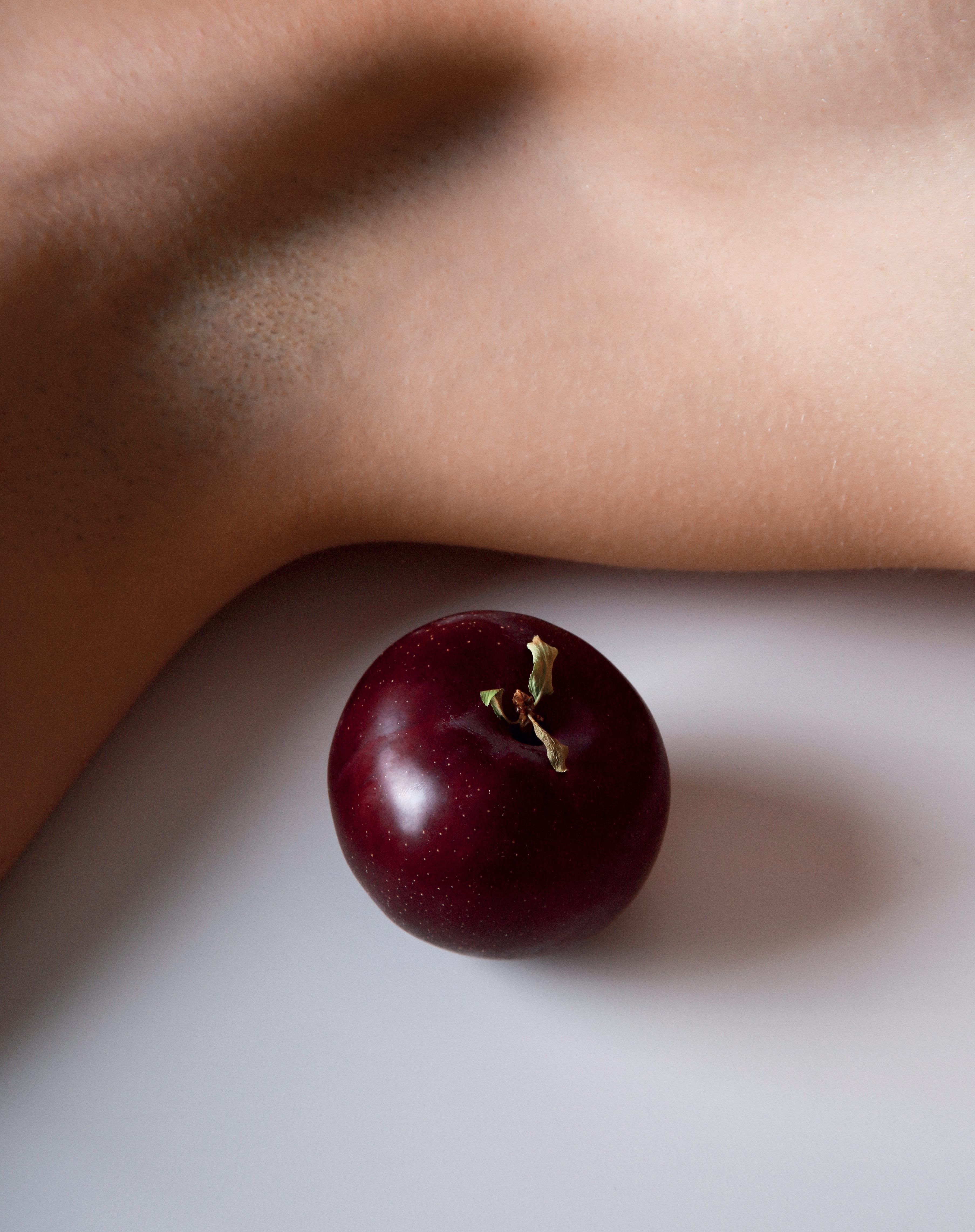 Sqirl’s high-end-casual, breakfast-all-day cuisine created a local revolution in the coffee shop scene. It opened in East LA in 2011 as a jam store. Then it served breakfast, specializing in homemade ricotta toast with jam. This elevated brioche went on to become Instagram-famous and was named one of the 101 dishes that changed Los Angeles. The miracle of Sqirl cannot be understood without knowing how Jessica Koslow’s obsession with ingredients and techniques combined with Scott Barry’s eye for design. They published a best-selling cookbook, Everything I Want to Eat, in 2016, another offspring of their creative partnership.

OLIVIER ZAHM — So, where did you two meet? In Los Angeles?
JESSICA KOSLOW — Mm-hmm.

SCOTT BARRY — In Los Angeles, yeah. On a dating app. And then we dated for a few months. And then, ah… [To Jessica] Why don’t you tell the story?
JESSICA KOSLOW — Am I better at it? [Laughs] I knew I wanted to start a jam company. And so, we were dating, and I was like, “I want us to do this.” And he was like, “I can create those jars for you.” And it kind of moved out of relationship zone into just working together. So, it’s really been an amazing friendship. I come from a chef and food background, and Scott is from an art and graphic-design background.

OLIVIER ZAHM — How did you find this block in LA?
JESSICA KOSLOW — I found this place on Craigslist. There was a taco shop here before Sqirl, and I bought out the lease. In restaurants usually you have to buy the lease out from whoever’s there. We’re slowly acquiring the rest of the building. We have all of the ground floor, and we’re turning that into Sqirl Away, a take-away Sqirl, and we recently remodeled our creative studio upstairs.
SCOTT BARRY — This office is only six months old, and it’s really helped to change the way we work. Before, we were in the kitchen, where there’s a certain vibe, and it’s always distracting. The studio has really created a focused energy.

OLIVIER ZAHM — How did you find the name Sqirl? What does it mean?
JESSICA KOSLOW — Squirreling things away for winter is preserving for a later date. And then I was like, “I’m going to call it Squirrel,” and Scott said: “Oh, that’s stupid. No one will ever eat at a rodent. But, if it’s spelled incorrectly on the jar — if you take letters out — it looks okay.” And I was like, “This is crazy, but I’ll go for it.”

OLIVIER ZAHM — Let’s speak about your cooking. It’s surprising and simple at the same time. And people don’t get bored with it. People can come over again and again, and they’re always happy to queue! [Laughs] Where does it come from? Does it come from your family? Or is it just pure creativity?
JESSICA KOSLOW — I would say a lot of it is just creativity. It comes from taking techniques and experiences that I know, and translating them into something that’s familiar but different. 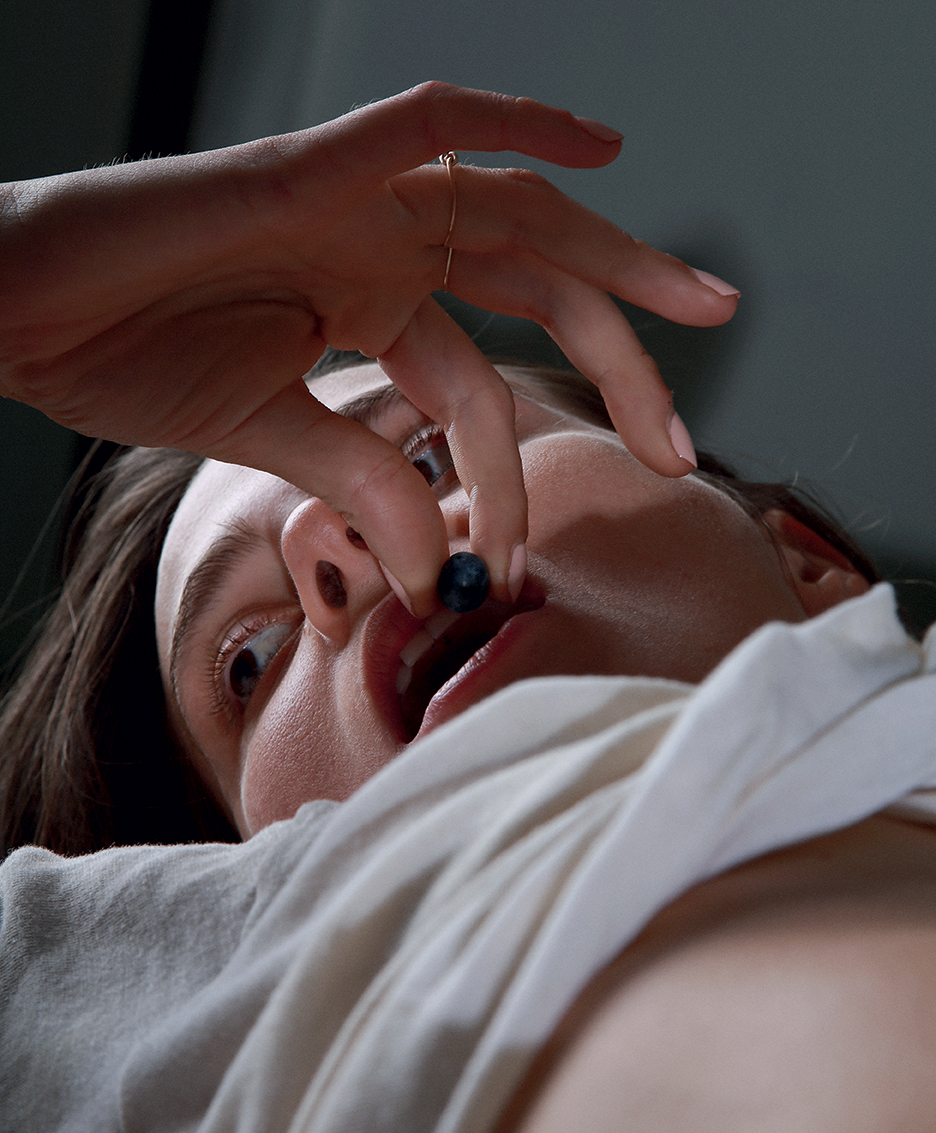 OLIVIER ZAHM — The thing is, you can go and get a taco, a burrito, or a rice bowl anywhere. But what is your voice?
JESSICA KOSLOW — I think that’s what’s been so interesting: if we ask ourselves, “What is the palate?” I know the palate is high acid — like a bright, fresh meal. But it has to be based on the season — what’s at the market, too. Of course, part of Sqirl is the conversation between the farmers and the ingredients that they have. But part of it, too, is expression based on experiences. And some of those experiences can be as simple as going to the Olive Garden and having soup, salad, and breadsticks, and turning that into something that feels like Sqirl. At the end of the day, Sqirl’s food has to hit the mark — it has to be crave-able.

OLIVIER ZAHM — People who come to your place share something. They’re young, creative, trendy, but more than that: what is it that makes people feel so much at home in your place?
JESSICA KOSLOW — I always feel like there’s a lot of energy shared: open kitchen, open bar, the sharing of plates. The whole idea is: you should be able to order one thing, and it could be a meal, but also you can want to share. And that’s the hope of Sqirl: there is this transaction happening.

OLIVIER ZAHM — I see it like that! There’s an incredible food revolution here in LA. Some restaurants are really interesting, some are not. But such variety and creativity in food is unique — almost unique on the planet, no?
JESSICA KOSLOW — It’s a coffee shop revolution! Well, I think it started in Australia — in Melbourne, especially. Places that were breakfast- and lunch-oriented have been around, kind of being playful.Coffee shops are so prevalent in Australia — a place like Seven Seeds [Melbourne roastery and coffee shop] was also doing food that was more high-end than normal.

OLIVIER ZAHM —  I think that Sqirl really did bring it to the US. Now it’s a trend. How do you feel about it?
JESSICA KOSLOW — Yes, it’s a trend, like Mokonuts in Paris. You see it in New York, too, like Jack’s Wife Freda, an all-day place. There’s a new place in Brooklyn, Golda. It’s pretty sweet. Places like Triniti and Destroyer in LA have been called the anti-Sqirl. Now you’re in this place of, “Okay, Sqirl started something. And now we have to be the antithesis of that. So, we’re going to make really refined food.” Which, honestly, is also wonderful. There is room for it all.
SCOTT BARRY — I was explaining this to a friend the other day — Jess is nominated for a James Beard Award this year, and up against five chefs from higher-end dinner restaurants. A friend of mine asked: why are those in the same category? Breakfast and lunch are altogether different from the more traditional high-end dinner experience. I think food doesn’t need to be expensive to be considered “award-winning.” It can be something that you want to eat every day, affordable and delicious.I came across something recently that read, “If it’s inaccessible to the poor, it’s neither radical nor revolutionary.” A lot of our challenge at Sqirl is striving to keep our prices as low as possible, while maintaining the highest standards of ingredients, production, and staff. 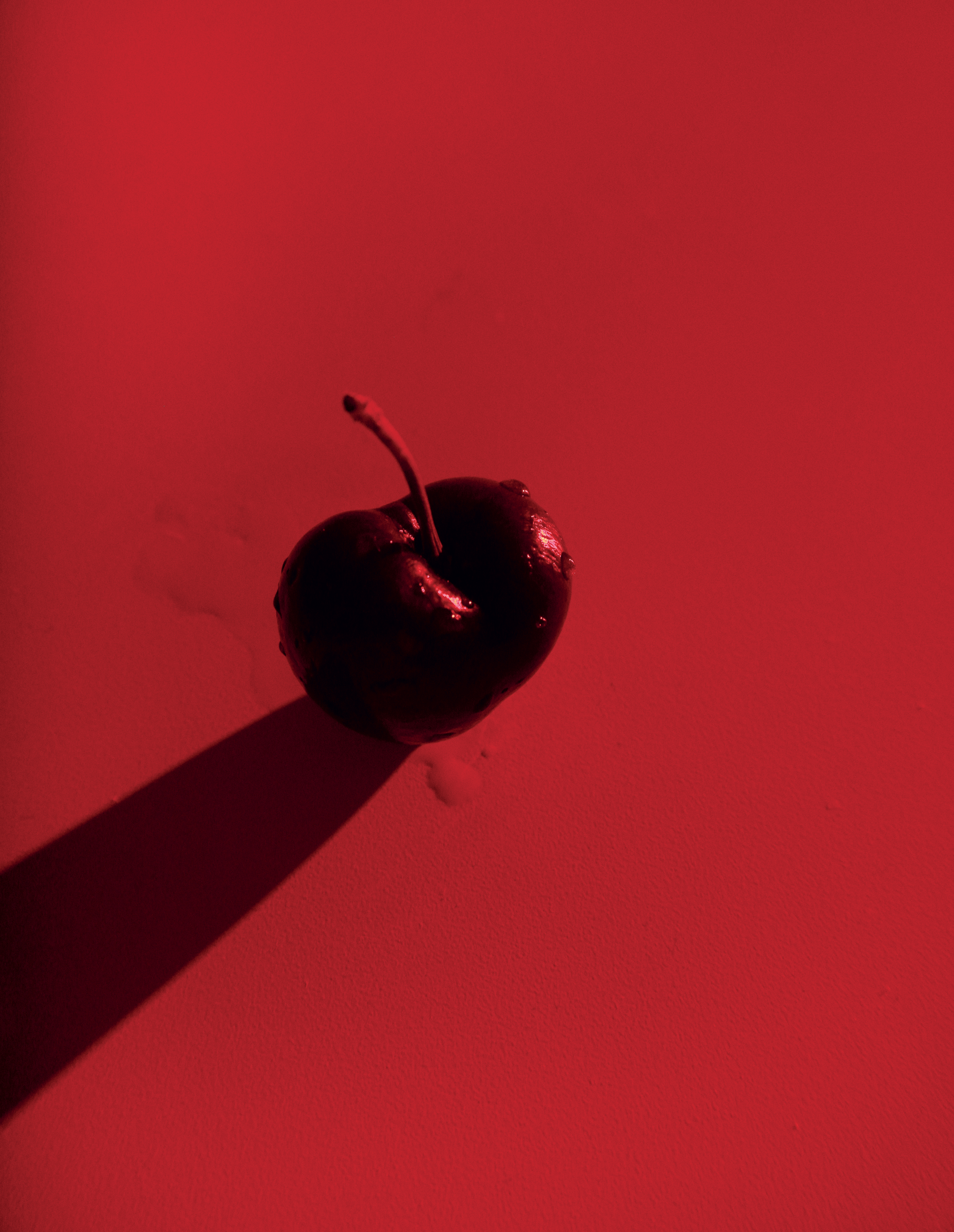 OLIVIER ZAHM — Would you define what you do as Californian food?
JESSICA KOSLOW — Absolutely, yeah.

OLIVIER ZAHM — LA has such a variety of cuisines… For example, I went to a Filipino restaurant in Chinatown. I enjoyed it so much! And we don’t even have Filipino restaurants in Paris.
JESSICA KOSLOW — You went to LASA? That’s an old cook of mine.

OLIVIER ZAHM — Really? It’s amazing there! I love it so much…
JESSICA KOSLOW — That’s the amazing thing about Los Angeles — the diversity of people here. And it really is kind of a free slate to do the food that you want to do, at the level that you want to do it. In New York, there’s this idea of what New York has to be, and it can be hard to go against that. And the design is very much the same throughout many of these restaurants in New York, too.

OLIVIER ZAHM — So, what’s your recipe for success?
JESSICA KOSLOW — This is what I keep hearing from our cooks who are here, or maybe no longer here: that they see Sqirl as something that started from very little. We don’t have investors here. And they see how it grew. There’s a feeling that they can do the same. That they can take whatever they’ve done and try to find a way to blossom out. And I think what’s happening at LASA is a great example of: if we can do it, they feel they can, too.

OLIVIER ZAHM — You have a new place opening soon. It’s on the Westside, right? Does it have a name?
JESSICA KOSLOW — Tel. Our partner decided to remove herself from the project in early January, and we quickly found a new location. And we’re buying the building.

OLIVIER ZAHM — Whoa! That’s a serious step. You’re very courageous.£
JESSICA KOSLOW — I think I have to be right now.
SCOTT BARRY — The idea for Tel was inverted, where usually we stick a restaurant inside a museum. Tel is a restaurant first and foremost, but also an active cultural producer. A platform to investigate issues around local and global food production, from concrete to abstract.

OLIVIER ZAHM — So, it’s a totally new project. Food and food culture.
SCOTT BARRY — We just want to be in control, or proactive at least, in pushing the narrative of food production from the chefs’ perspective in as thoughtful and broad a way as you would approach it as an institution.
JESSICA KOSLOW — It’s just taking time. I think a lot of restaurateurs, too, take on investors whose job it is to grow the business outside the scope of what you’d want it to be. In order to
bring in…

OLIVIER ZAHM — Money back quickly.
JESSICA KOSLOW — Exactly. And what’s been the hardest thing for us is, we’ve been pretty slow. Sqirl’s been around for seven years, all-in: six years for the café, seven years for the jam. We have been really slow because we’ve been wanting to make sure that it feels good — that the brand stays honest and genuine and strong and what we want it to be. But it means that we haven’t opened our next project yet.

OLIVIER ZAHM — Yes. But it will open, and it will be good. And you also have a new book coming out?
JESSICA KOSLOW — Yes, we have one cookbook already. And then, we have a jam cookbook coming out next year.
SCOTT BARRY — We’re shooting it all in-house — it makes more sense for the duration of a seasonal jam book and allows for us to focus on finding interesting ways to shoot the process and finished form… But we just kind of started.

OLIVIER ZAHM — You’re shooting more?
JESSICA KOSLOW — Yeah. That’s the thing: because it’s jam, you have to shoot it in season. So, we’re spending the year documenting the entire process, from acquiring fruit in its appropriate season, breaking it down into jam, and preserving it.
SCOTT BARRY — Cookbooks are difficult to do, because you’re trying to do something interesting and weird that allows some abstraction of visual narrative to make an interesting image, but it also can’t be gross or overtly sexual. We’re still trying to find that line.
JESSICA KOSLOW — But it’s all very … sexy.