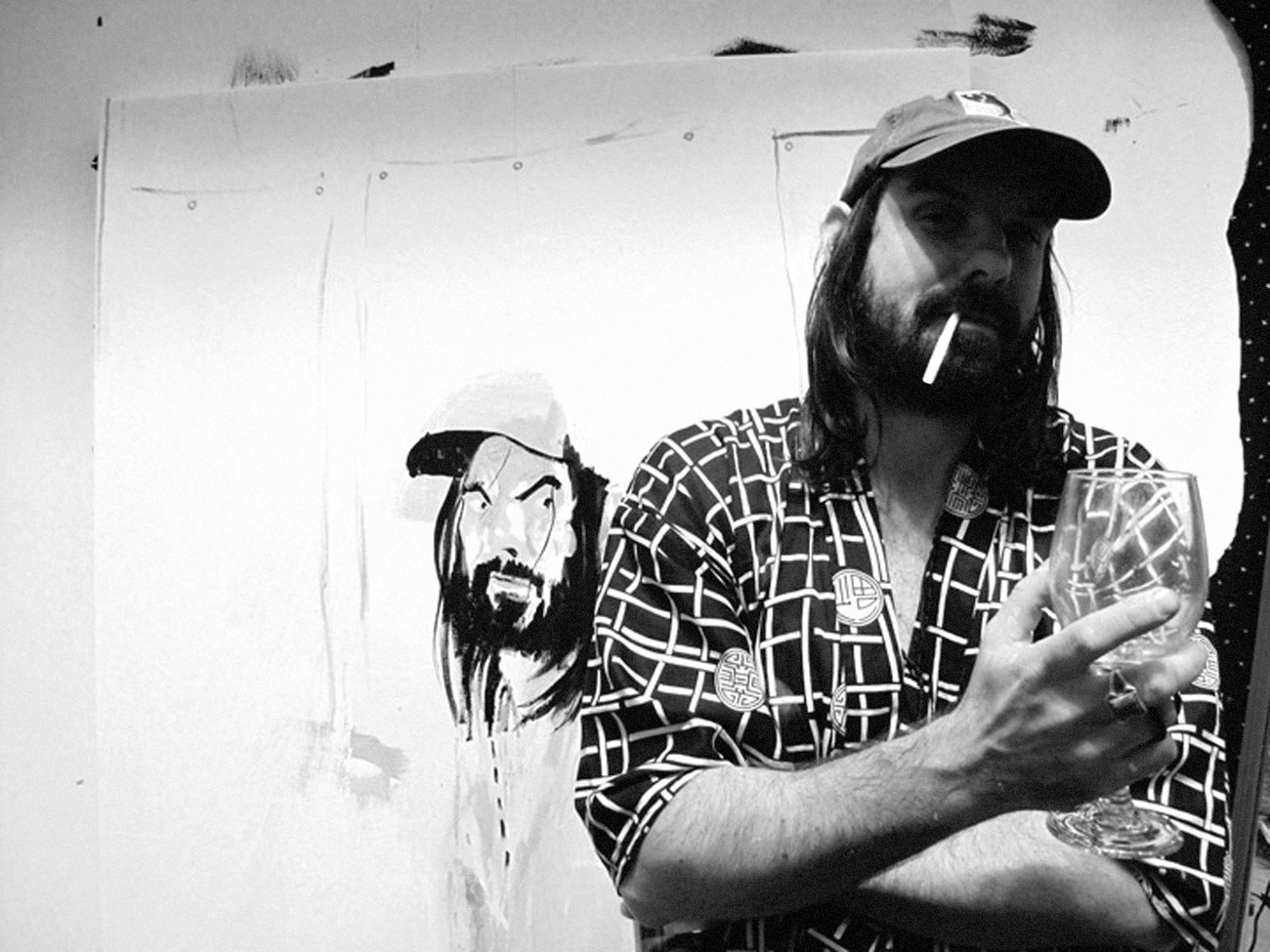 COSMOPOLITAN CITIES LIKE New York are created — and psychically possessed — by their inhabitants. People are the blood of a city’s heart and arteries. Some people add to a city’s persona, its identity, and its direction. Spencer Sweeney, the artist, DJ, musician, and club owner, is like a shot in the arm for New York. With his rare dynamism he has become an integral part of the Downtown experience. We spent an afternoon with Spencer at Gavin Brown’s Enterprise, where he just mounted an evolutionary solo exhibition.

“My show is like a laboratory-theater. I created art works that double as strange recursive loops. They were designed to explore the nature of the creative act itself. The activities include self-portraits, wall schematics, and installations, musical performances, a dance party, food, chemical consump­tion, and the germ of a rock opera that revolves around the band, TV Baby, and includes other local performance artists and musicians. I can’t go into greater detail now, because I have no idea what will happen. But I hope to somehow gain a higher understanding of reality.

Here’s a list of my influences and motivations for the show at GBE. You can look them up yourselves, on-screen, through lens to retina:

I hope they speak to your sparks.