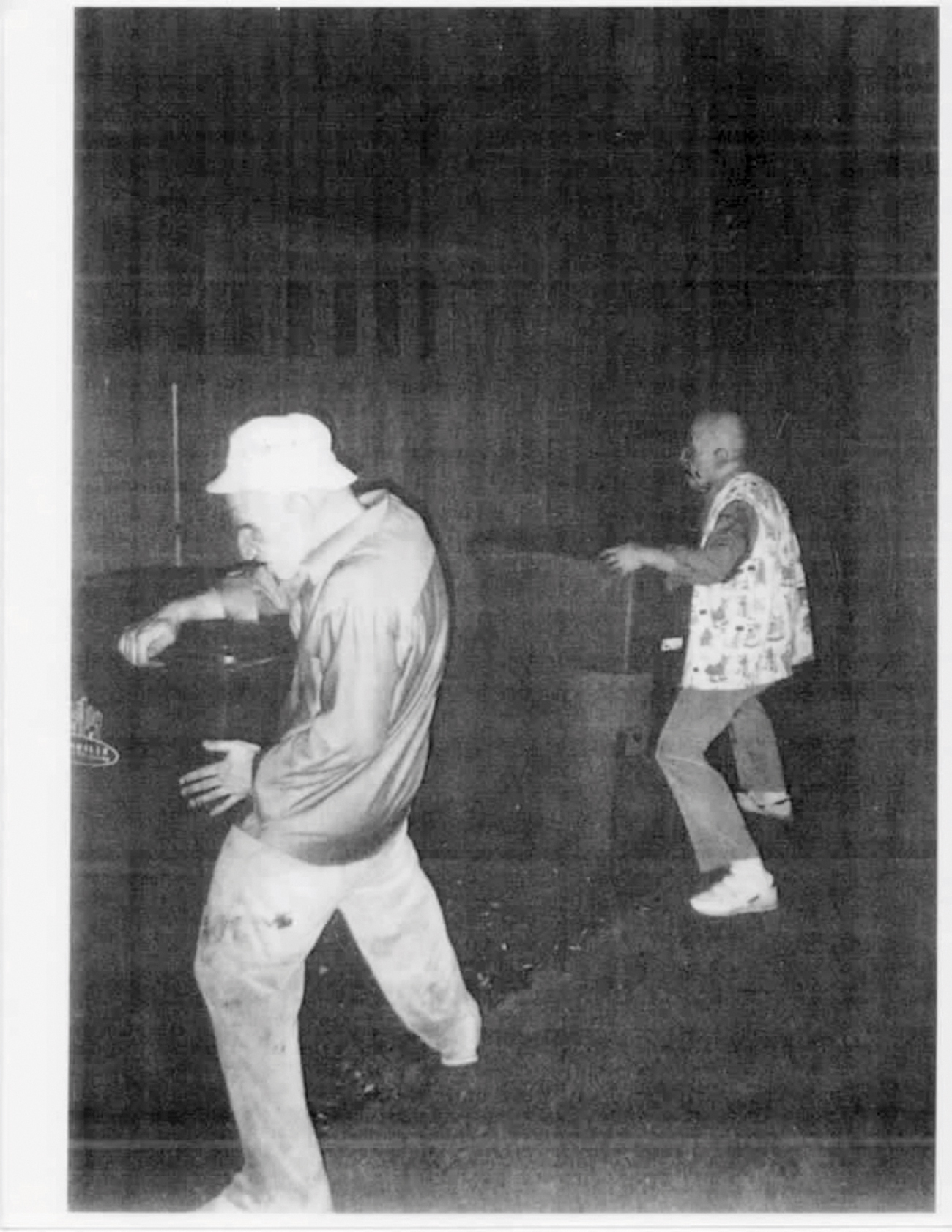 OLIVIER ZAHM — Do you think that Trash Humpers is the most obscure and provocative film you’ve made?

HARMONY KORINE — I’m not sure… It may not even be a good idea to call it a film. Maybe it’s something else, something you might find in a ditch or an attic or a stack of garbage — something in a zip-lock bag, stuck in the mud.

OLIVIER ZAHM — The film seems to fall somewhere between Pasolini’s Salo and, let’s say, a sexually amorphous Mathew Barney installation. You’ve said that it’s based on an artifact, an unearthed VHS tape. Why do you have such a hard time calling the work a film? Are you suggesting that we’re beyond film?
HARMONY KORINE — I don’t think the film is a film in the traditional sense of the word. What it actually is is difficult for me to articulate. It’s meant more to be felt as an experience, than seen as a movie. It’s like life. It means everything and it means nothing. 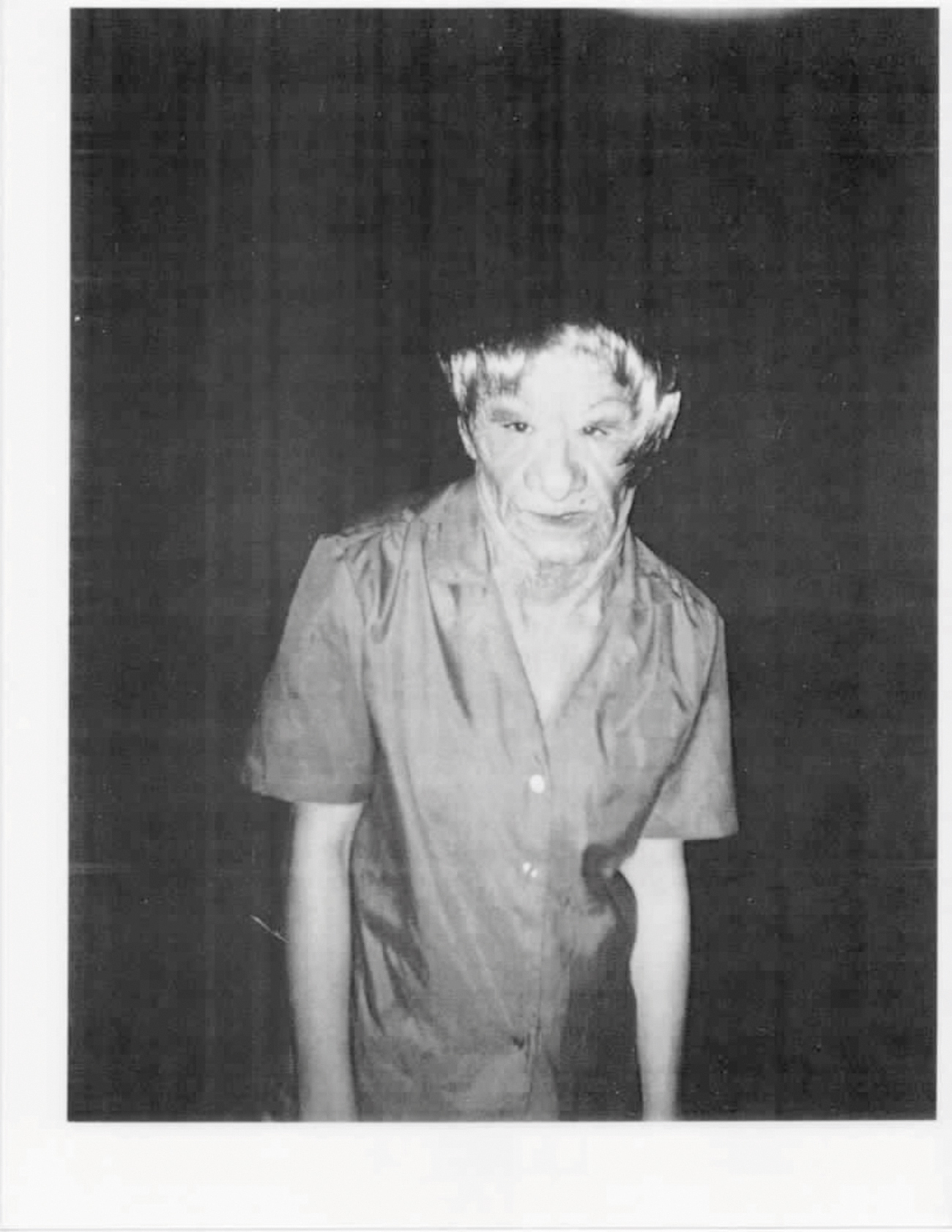 OLIVIER ZAHM — Is there a simple way to describe the story?
HARMONY KORINE — It’s about the everyday life of two old friends, or brothers — they might even be twins — men who fuck trash and have the crazy kinds of fun with their friends that insane teenagers do. They love to hump things. The film is also about a group of old people who document themselves destroying things. It’s meant to replicate a found VHS tape — it’s an ode to the people’s vandalism.

OLIVIER ZAHM — In a statement you issued you said that the film was inspired by a childhood memory: “I remember when I was a child there was a small group of elderly people who hung out in the back alleys and under bridges by my house. They always seemed to be drunk and dancing.” You wrote that one night you saw a group of them humping trash cans and laughing. Were you scared by that? Fascinated? Amused?HARMONY KORINE — I can’t exactly remember how I felt. I was only 12 years old. I did know that I didn’t want to hang out with them. I think they lived in a basement down the street from my house. I once saw one of the old men bite the back leg of a spotted dog behind an abandoned strip mall. Two of the men were brothers. They always wore green turtleneck sweaters and white nursing shoes. 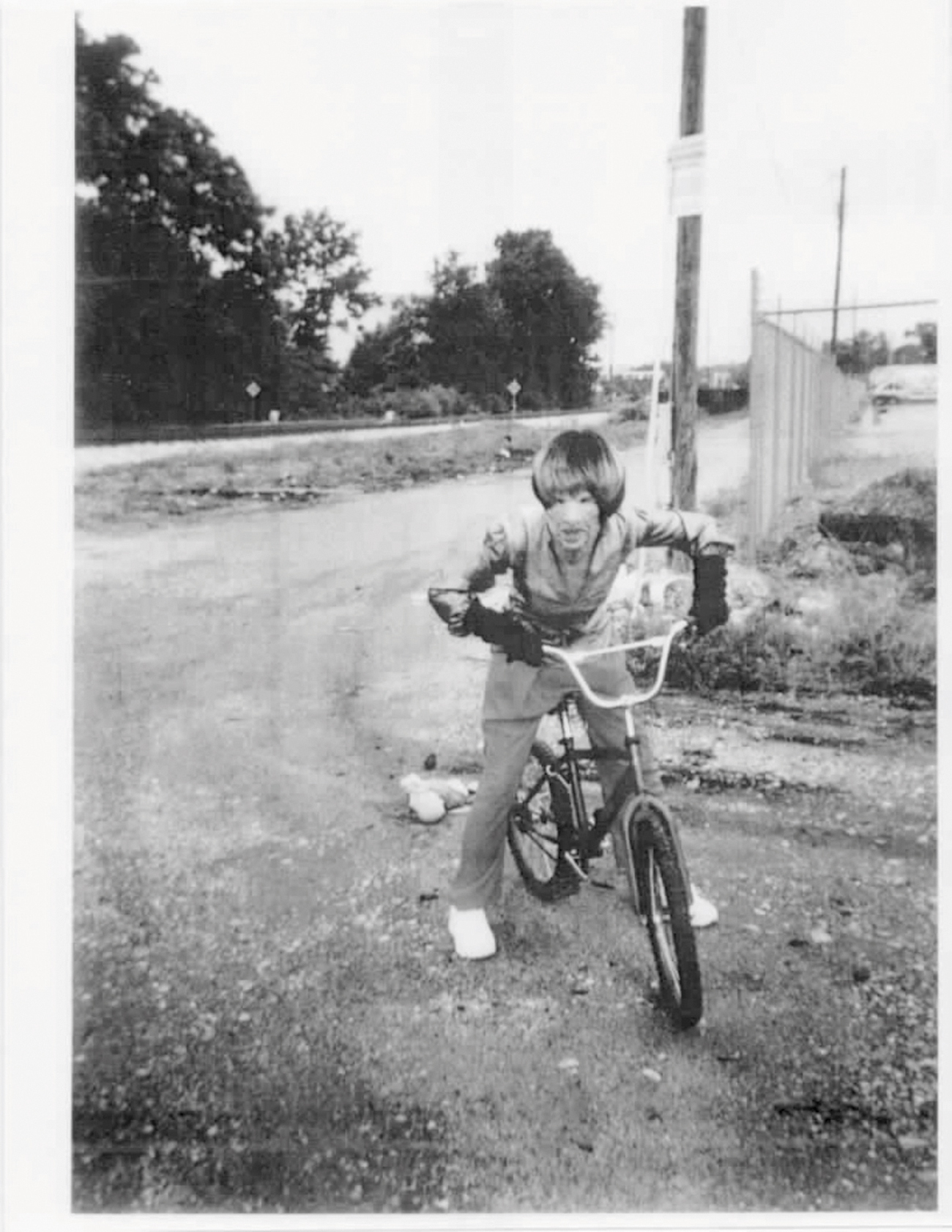 OLIVIER ZAHM — Where did you find all the crazy actors you used in the film?
HARMONY KORINE — They’re friends of mine. Most of them live near to me. Some are people I grew up with; others are guys just let out of the prison near my house. One of them is very famous around here because he has a mouth full of wax teeth that he carved with a small knife. He’s always on the news showing off his teeth.

OLIVIER ZAHM — Are those their real faces? Or did you use masks to make them look weirder?
HARMONY KORINE — It’s hard to say. 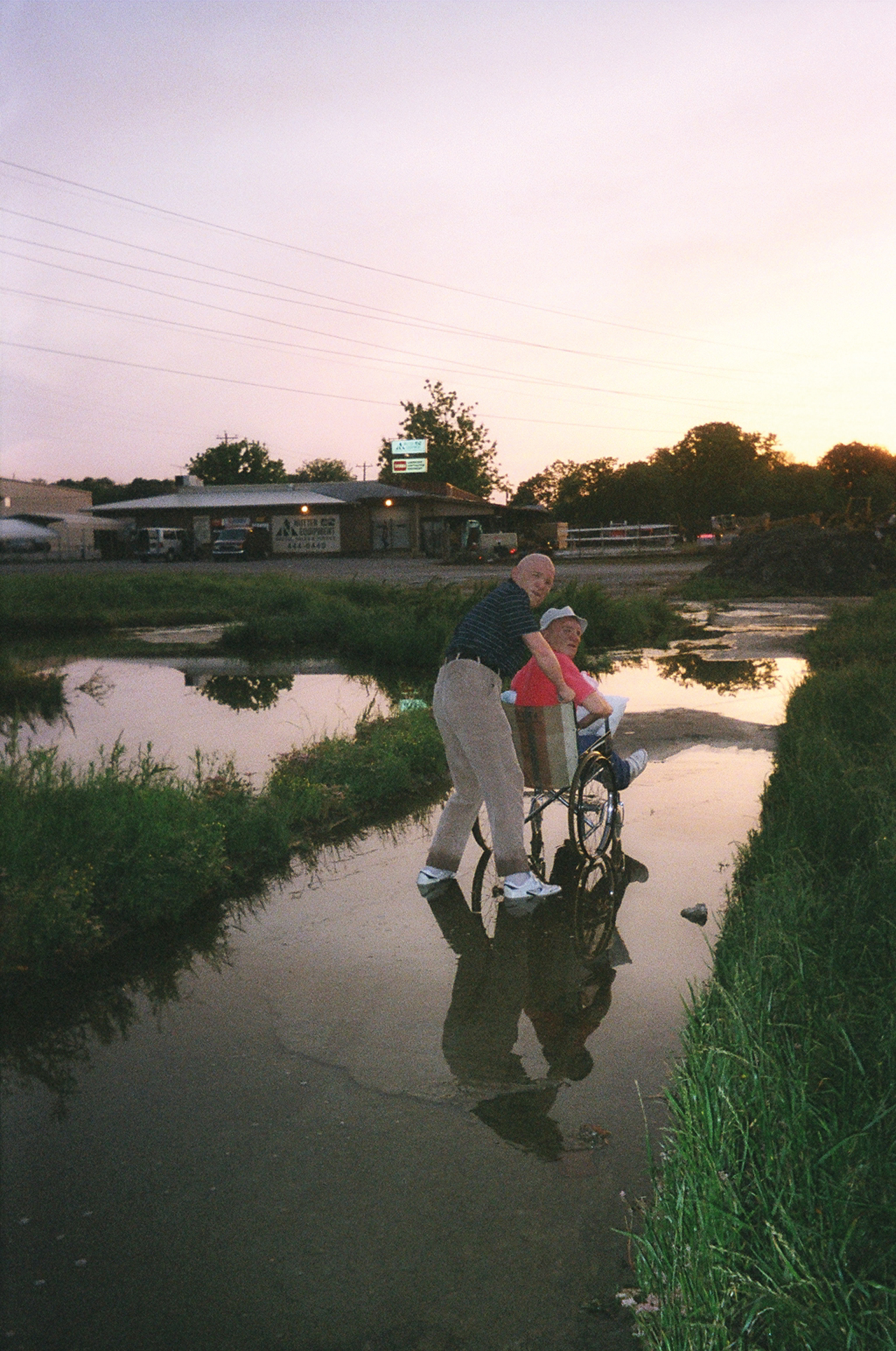 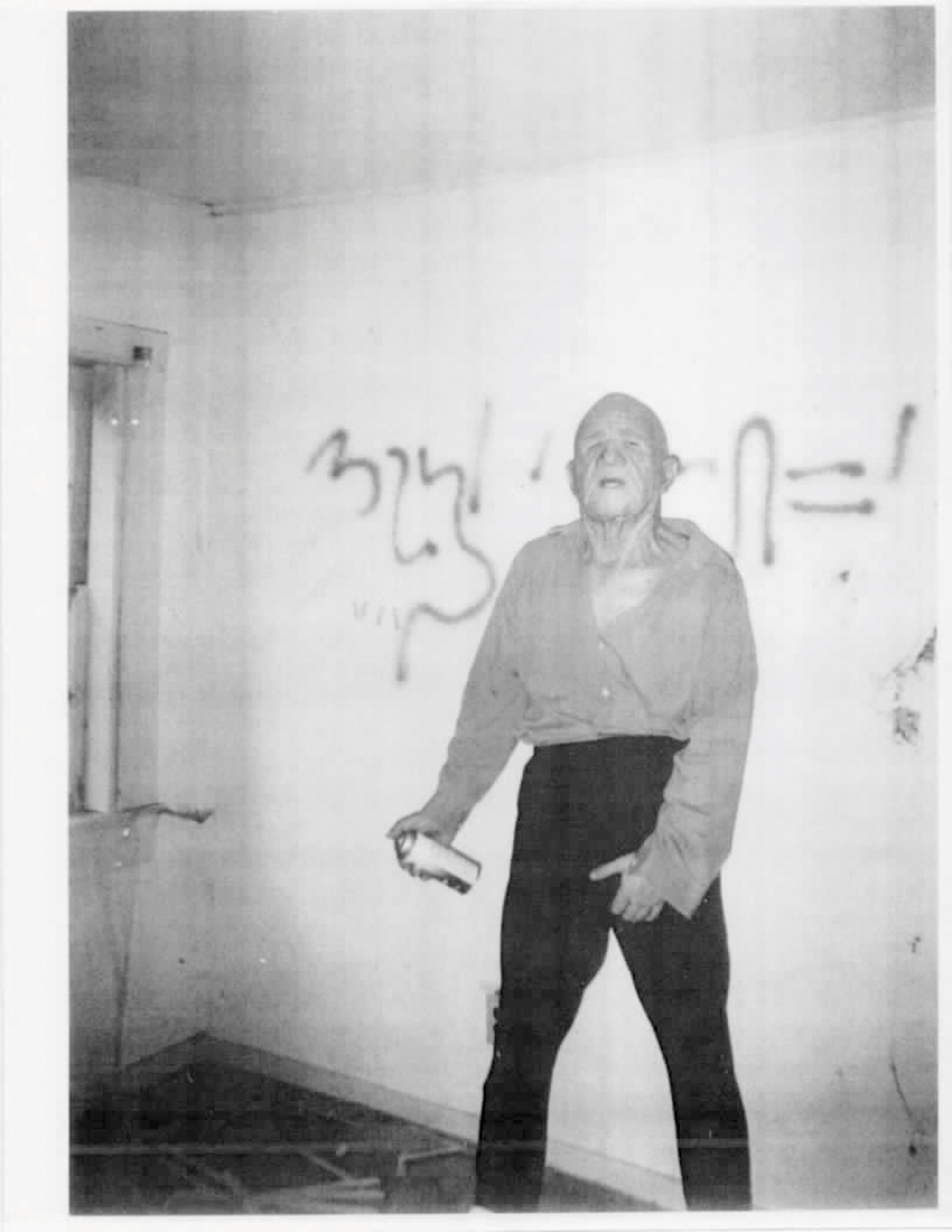 OLIVIER ZAHM — They also like to torture baby dolls. Is this a symbol for the way American family culture treats future generations?
HARMONY KORINE — I’m not sure… It could be seen that way.

OLIVIER ZAHM— Are you trying to make the point that adults who refuse to grow up remain nasty fuck-up teenagers?
HARMONY KORINE — No. There’s no real point. Is there a point to a home movie? It’s hard to say. Sometimes it’s not good to point too much.

OLIVIER ZAHM — You’re showing us the saddest and possibly the most repulsive aspect of America. Are you hopeless about your culture?
HARMONY KORINE — No. I think there’s something poetic about these people. They do bad things with gleeful abandonment — they transcend the shit. They love blowing things up. There’s something comforting about that. I actually admire it. I don’t really think about my culture all that much. That kind of thing can make a person sick. It can kill a man.

OLIVIER ZAHM — In your press release you went on to write, “We will always be here looking around and looking in windows and dancing in parking lots.” Is this film a David Lynch nightmare of fear, paranoia, and despair? Is it a metaphor for something that’s already happened?
HARMONY KORINE — I’m not sure… But I do know that it appeals to hunchbacks and lesbians and I hear that Miley Cyrus loves it. Maybe the only thing still human in the character’s lives is their love for alcohol, stupid music, absurd dancing, and fucking.